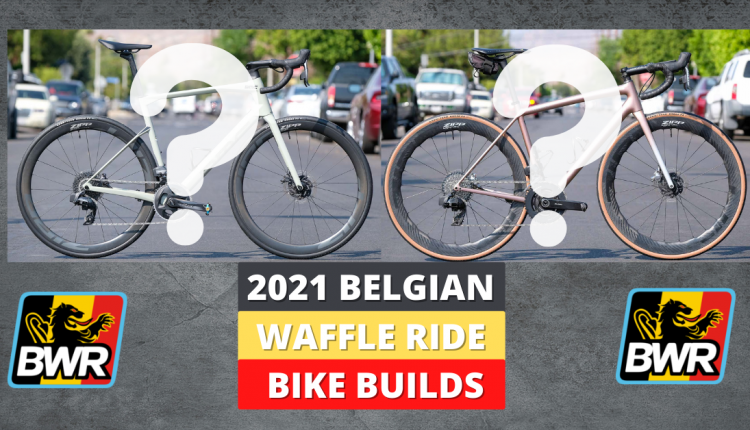 We are excited that after last year’s event was cancelled, the San Diego  (actually San Marcos) round of the Belgian Waffle Ride is being held this weekend.  Located just a few miles off the coast to enjoy the first big event,  thousands of riders are headed to the sunny SoCal city to take part in one of three distance events (and first of a four race series).

This is the 9th anniversary of the San Diego event since it didn’t run in 2020 like most other events. From the beginning, RBA has participated with former RBA Editor Neil Shirley (kinda) winning the first three editions (he forfeited his first win because he and a few others were navigated off the official course).

With it brings the stress of choosing a bike, tires, gears and all the other small nuances that come along with a big day on the bike in the heat of a SoCal summer. BWR has grown from its early days in San Diego to a series of four  events held across the country, with each being unique and very different. What hasn’t changed much is that we still see the Sand Diego version as an epic road ride with a bit of dirt (and sand) mixed in.

This is the long one that Troy and David are competing in that includes 132 miles with 11,000 feet of climbing and a claimed 50 miles of none paved riding split up into 19 sections. With that said if it’s anything like the previous years then we would say there is about 20 miles of the none paved sections that are still very fast dirt roads.

In years past we have always relied on a pure road bike, normally a fairly race-oriented road bike too. The ride is normally 100 miles of fast road riding and 30-40 miles of short but challenging dirt sections. 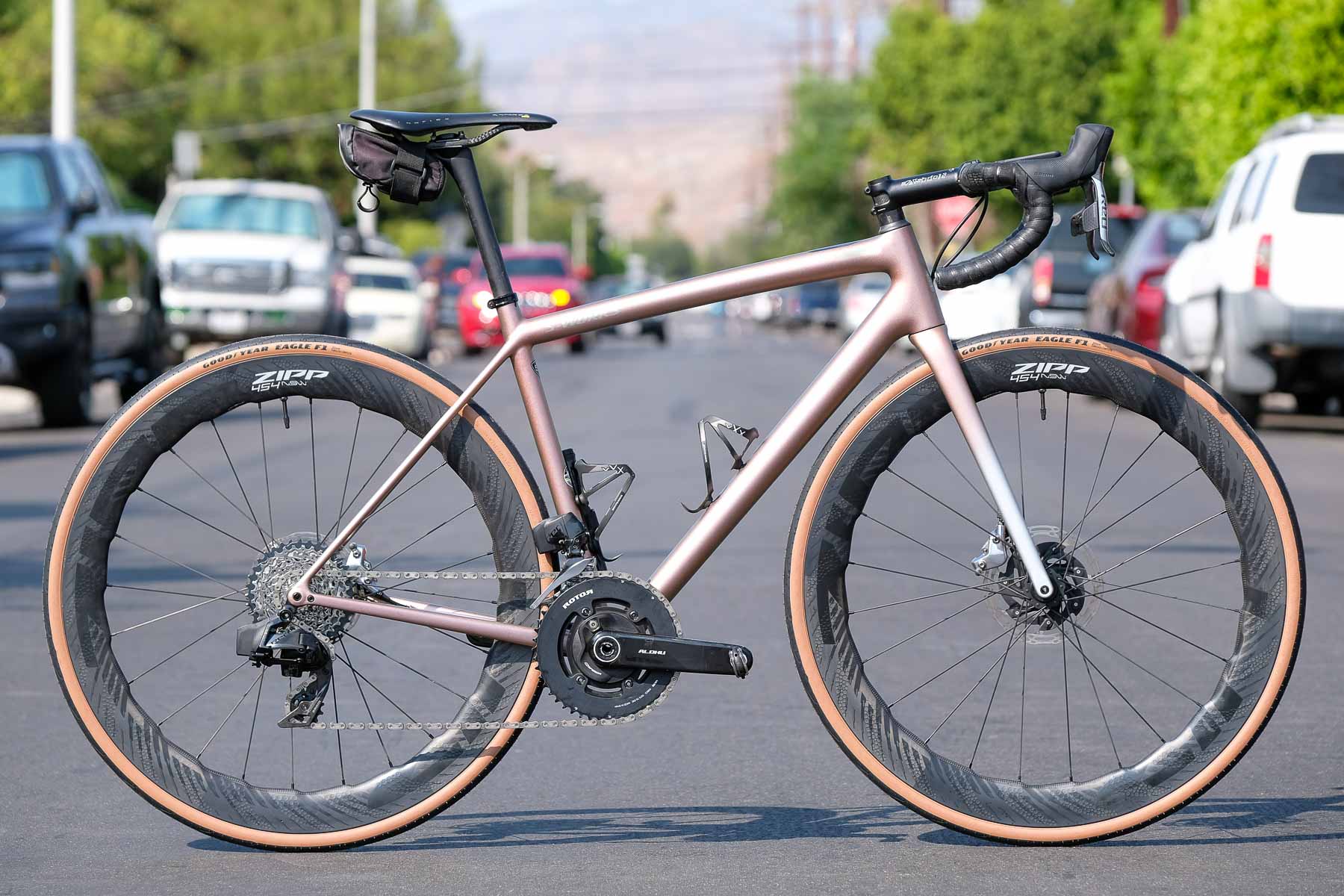 Troy is sticking with his Specialized Aethos that he built last year. The bike is light, comfy and fast with race-oriented handling. 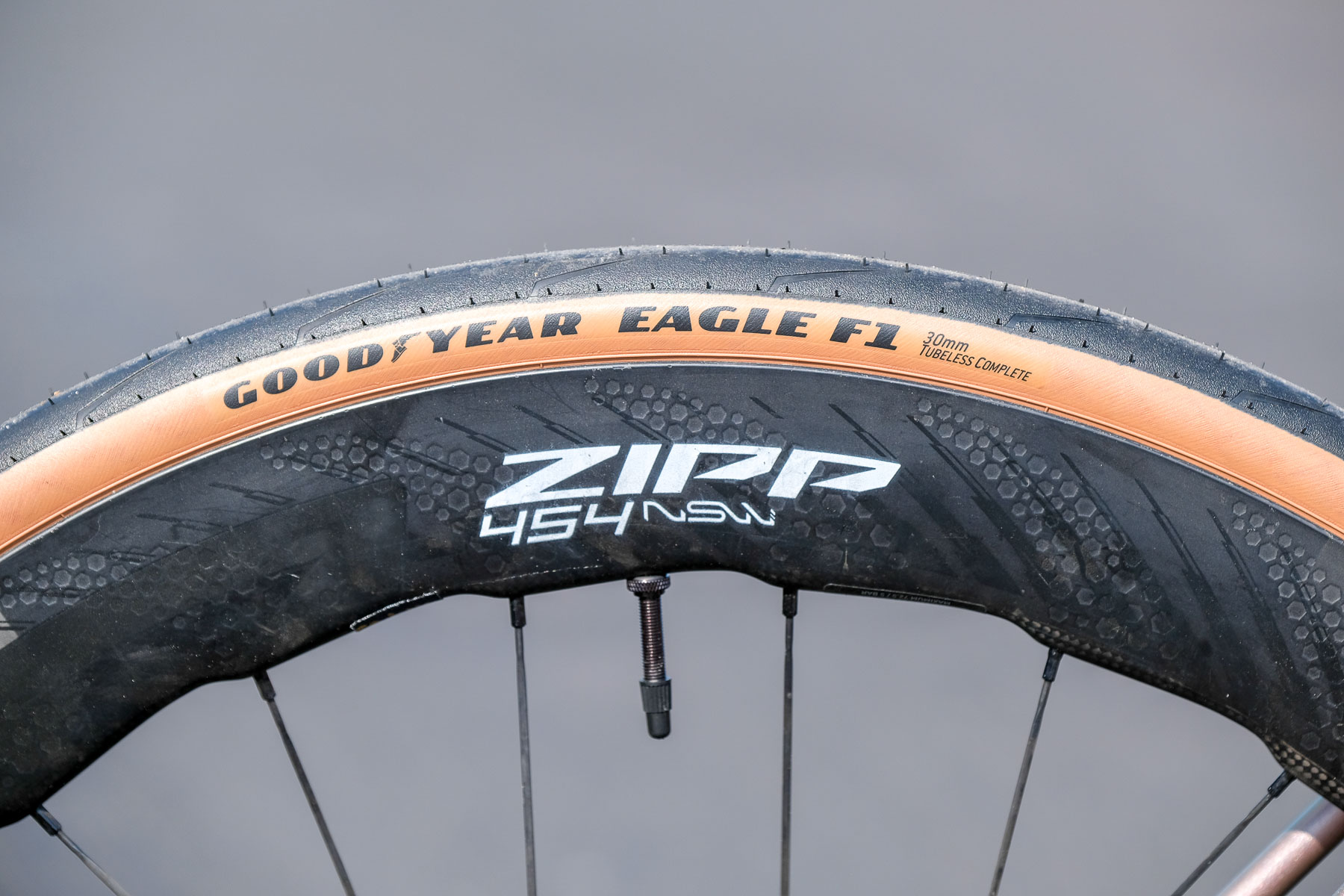 The new wider and lighter Zipp 454 NSW wheels are wrapped with a set of Goodyear Eagle F1 tires in 30mm. They are setup tubeless with Orange Seal. 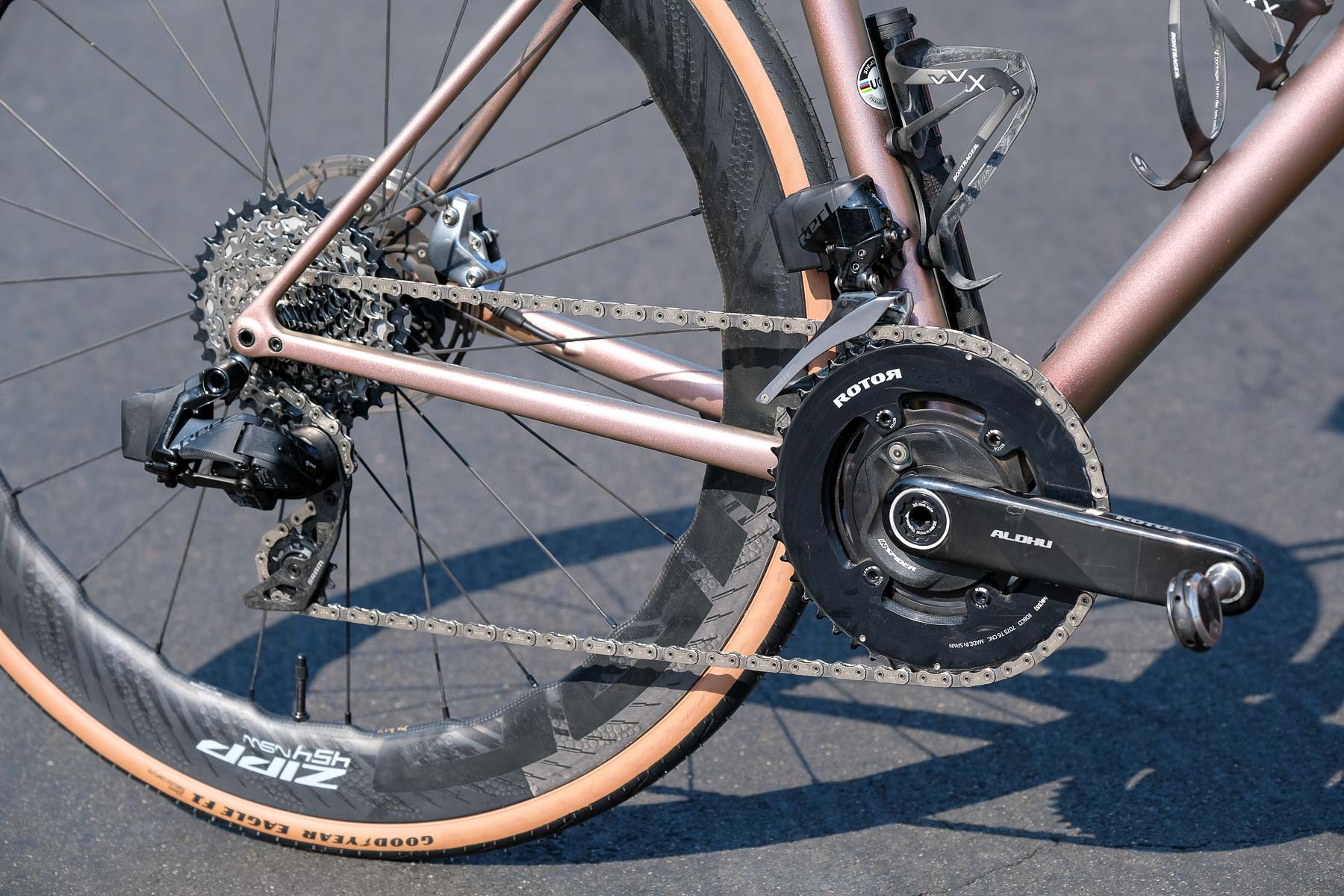 For gears there is the Rotor Aldhu Carbon cranks with 48-35t round rings matched to the SRAM wide 10-36 cassette. Troy has also decided to use the new Wahoo Speedplay pedals. 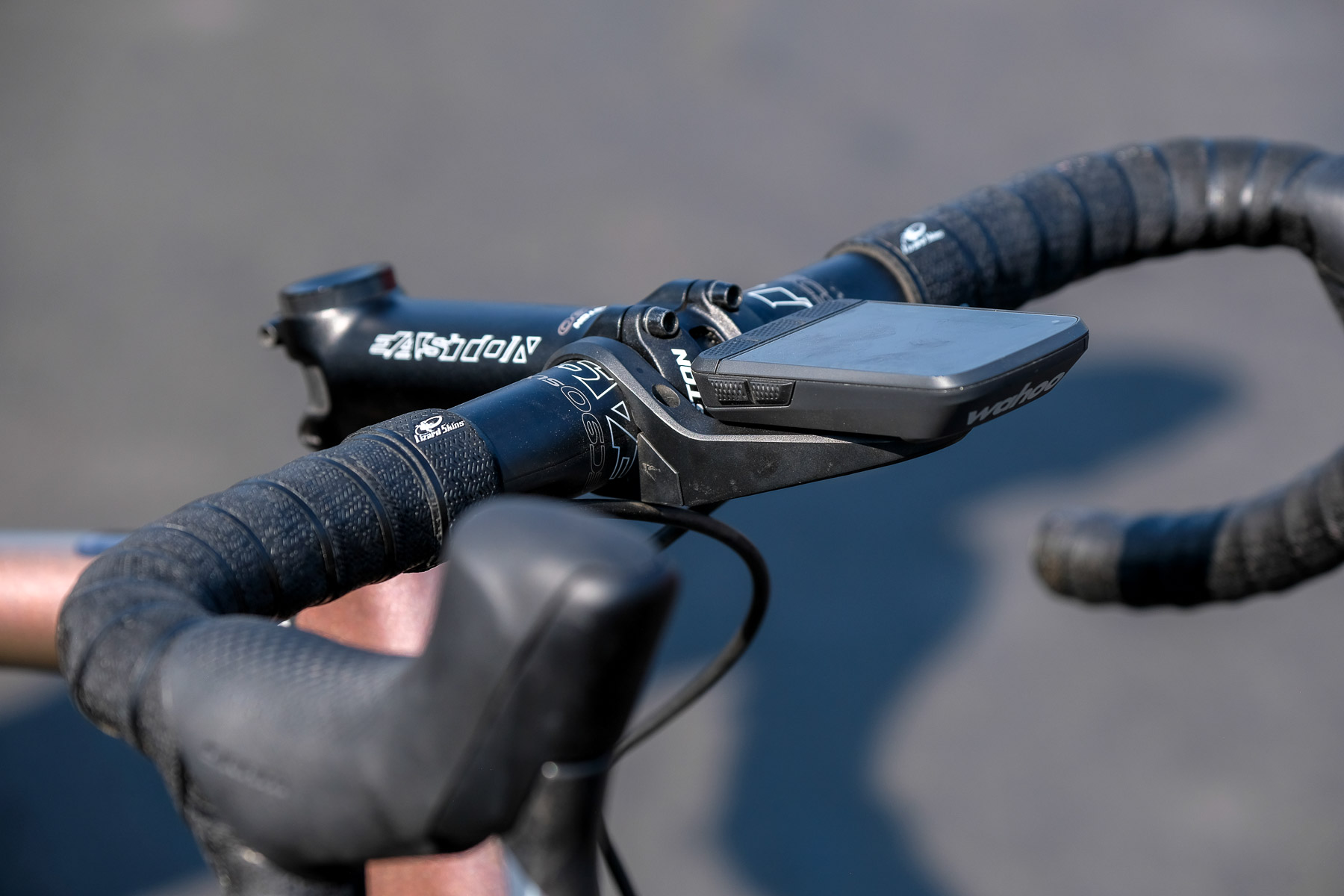 For navigation, the Wahoo Roam will keep him on course. 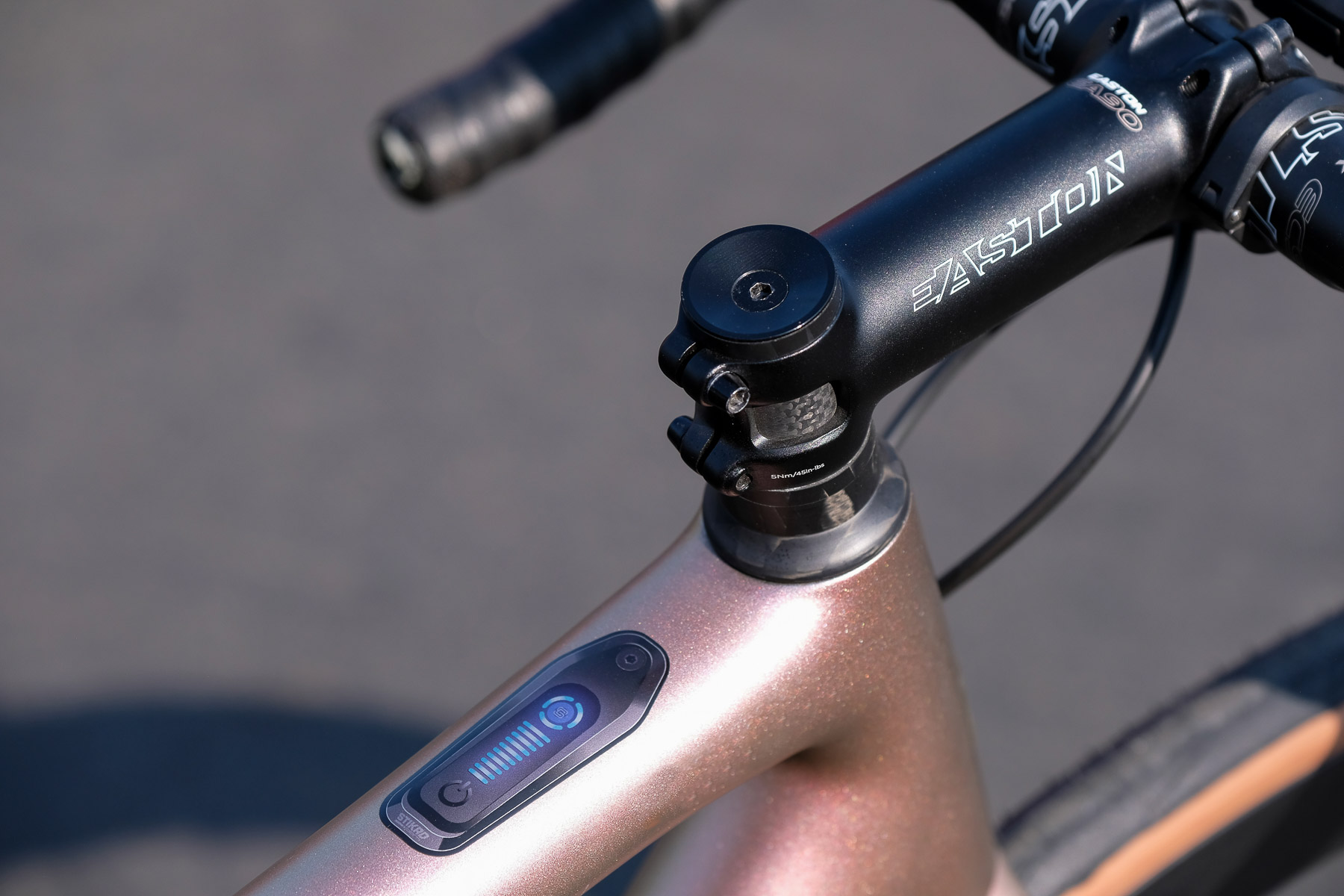 Last and not least is the always funny sticker by STIKRD that resembles the Specialized Turbo controller. It adds at least 5 watts of entertainment. 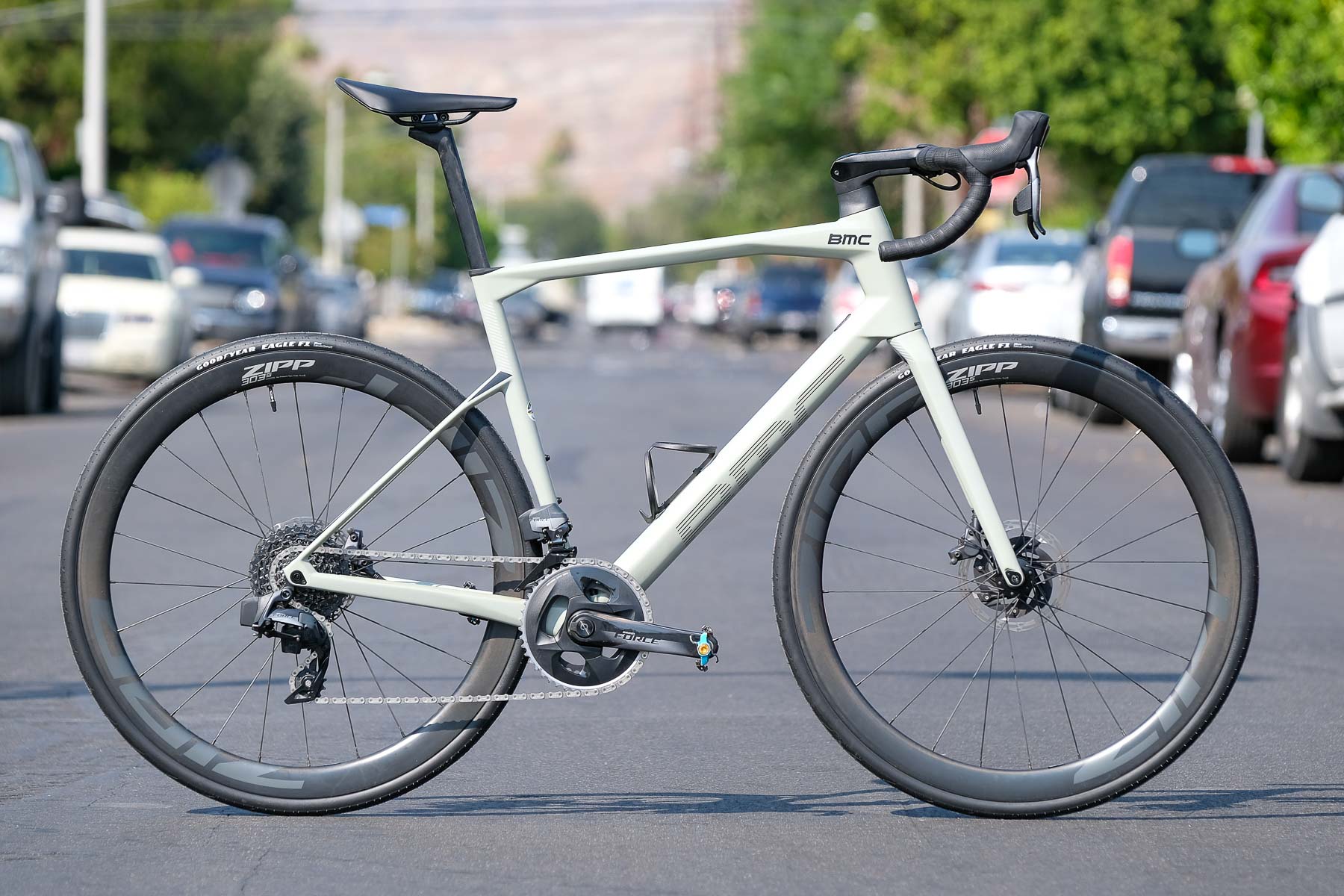 BMC’s Roadmachine 01 checks all the boxes for David. Clearance for up to 33mm tires? Check. Tuned for compliance? Check. Endurance geometry? Check. However, a few small parts were modified to enhance the performance for BWR. 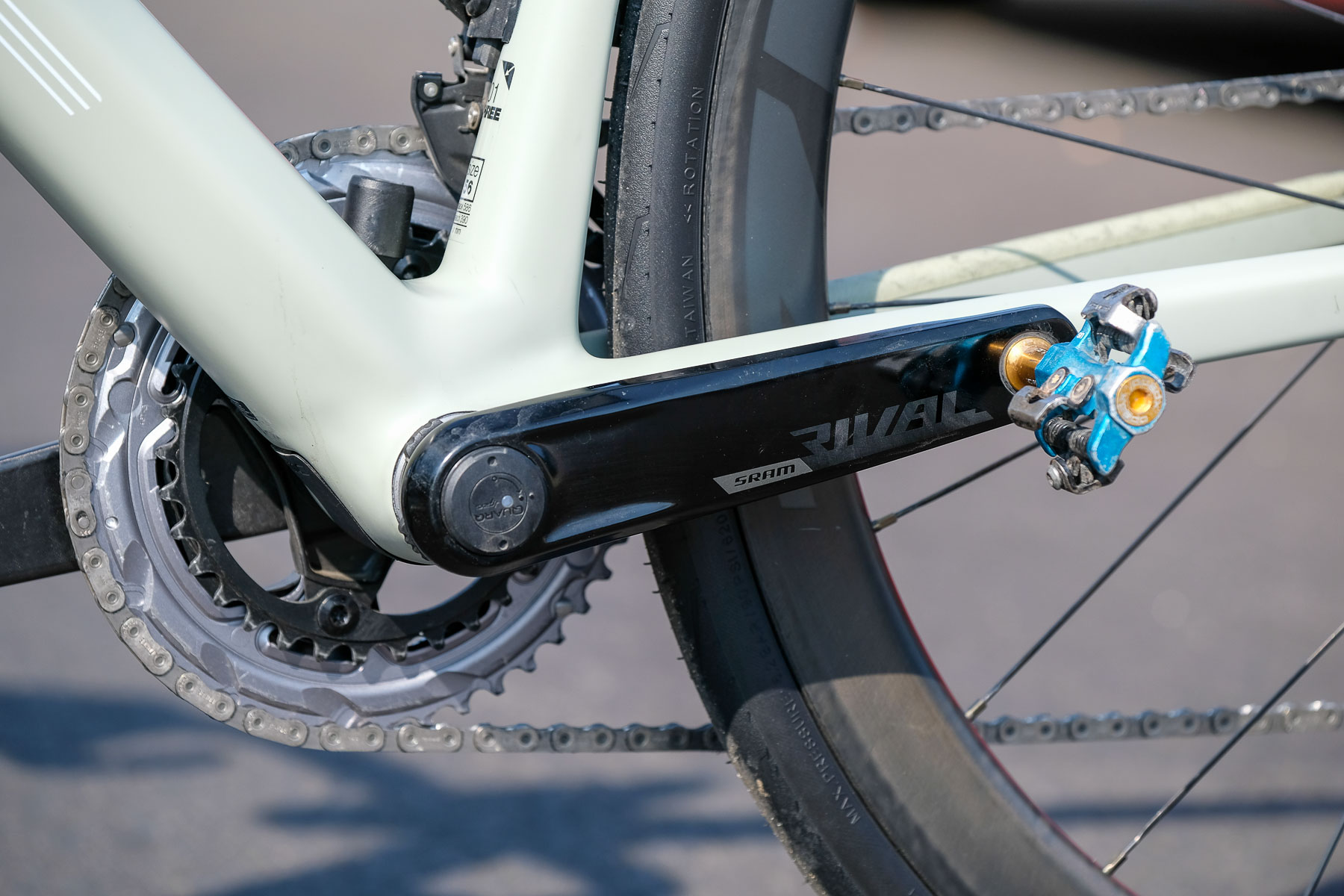 In order to get an idea of the effort David was going to put out he added a SRAM AXS Rival crank with an integrated Quarq Dub power meter in the spindle. The system adds 48 grams to the build over the original Force crank. 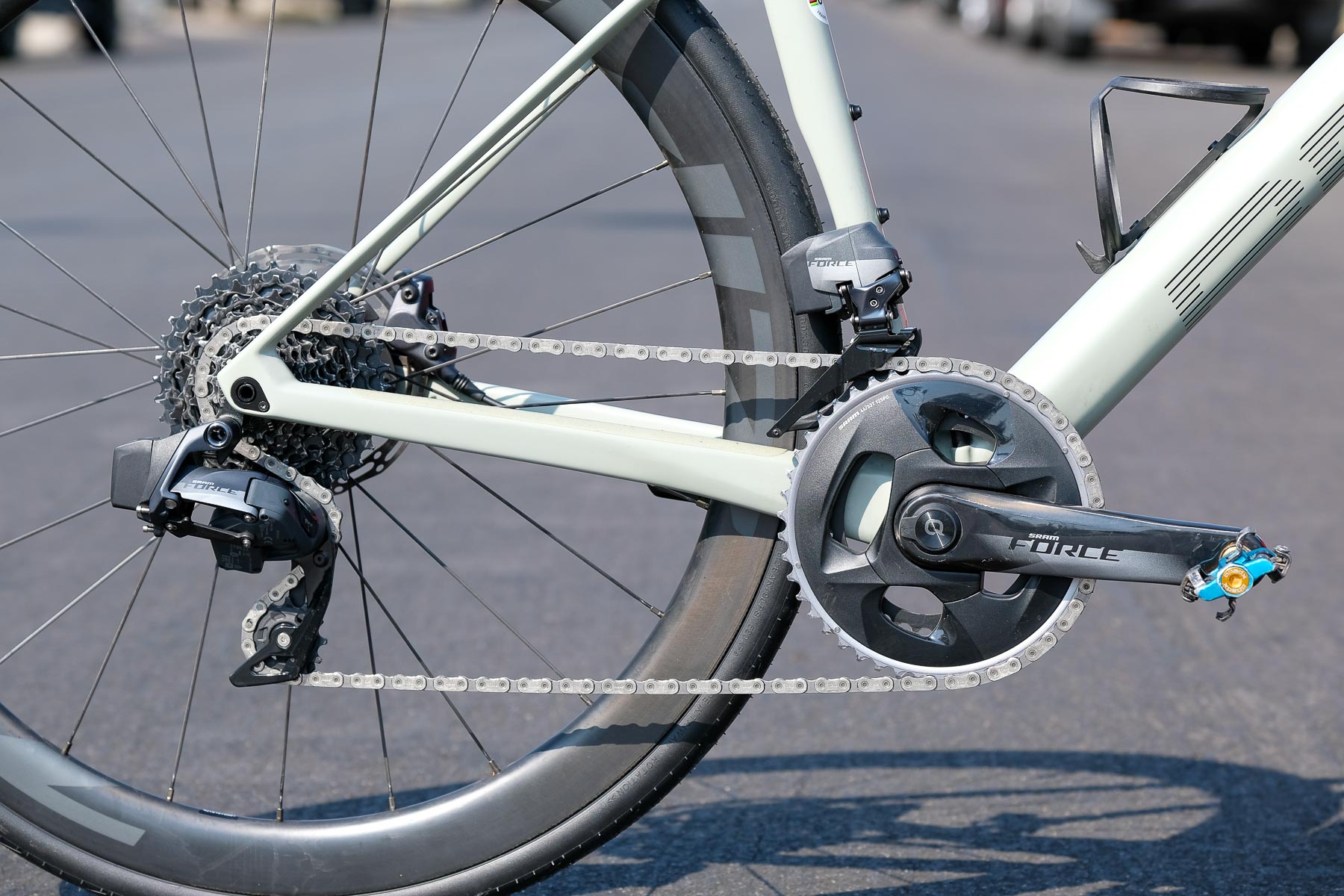 SRAM’s Force AXS drivetrain checks the most important box and sold David on the build. The 46/33 chainrings and 10-36 cassette allow for a massive gear range similar to a gravel bike that will be a big boost on the dirt climbs and ascent of the 23% Double Peak slopes. 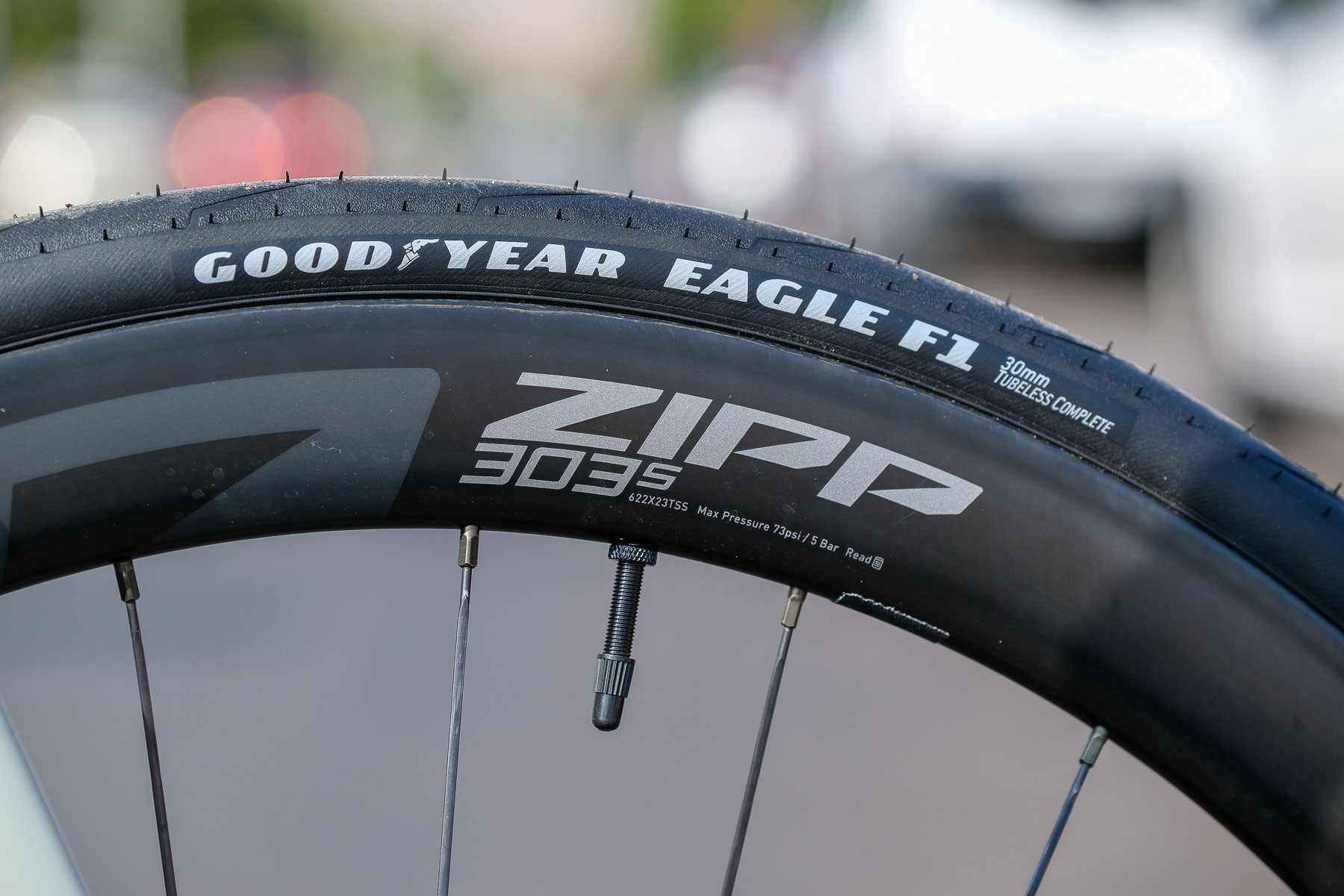 A pair of 30mm Goodyear Eagle F1 tires are mounted to 45mm-deep Zipp 303 S wheels. They are setup tubeless with Orange Seal. New tires setup tubeless is a big confidence boost in the rough stuff. In 2019 David suffered multiple flats and a sidewall tear in the first two gravel sectors. This time he went with wider and fresher rubber to try and prevent a repeat of disappointment. 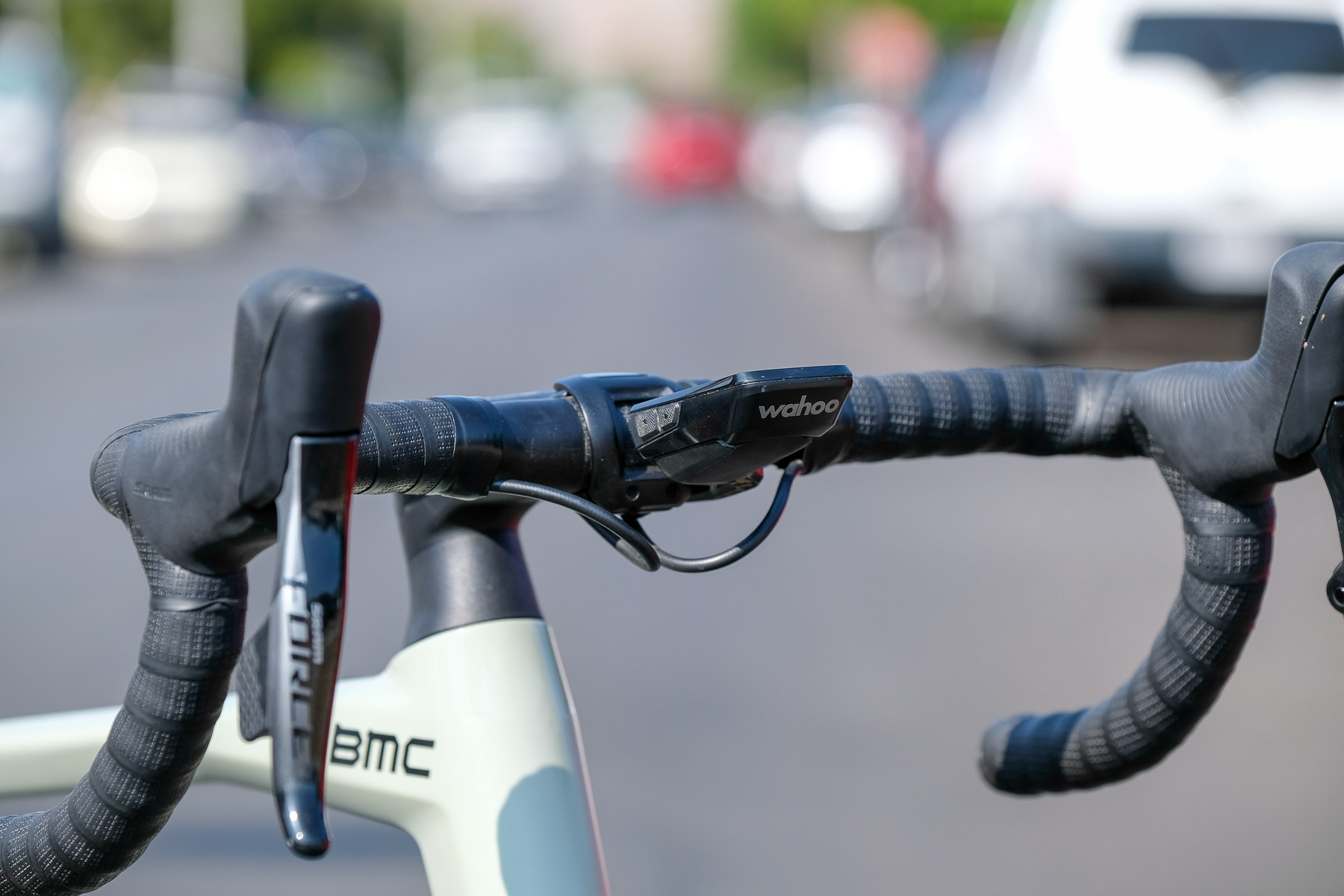 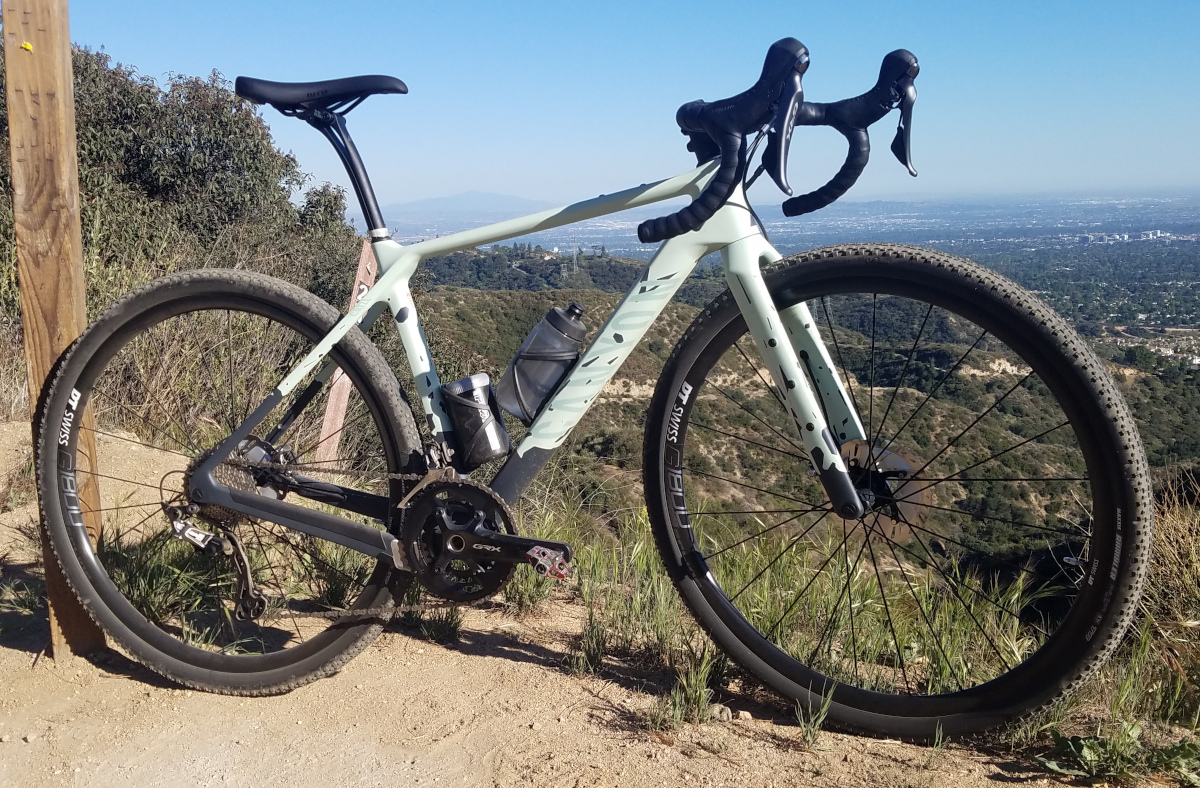 When it came to choosing a bike for his BWR effort, Zap was faced with the challenge of not having a bike to ride as the test fleet stable had been depleted with every bike having been returned to sender.  At the last minute the kind folks at Canyon allowed the bike to stay for an additional week. With just three weeks to get a the test bike (above) set-up, time was short, but days away from heading down south, it came to together.