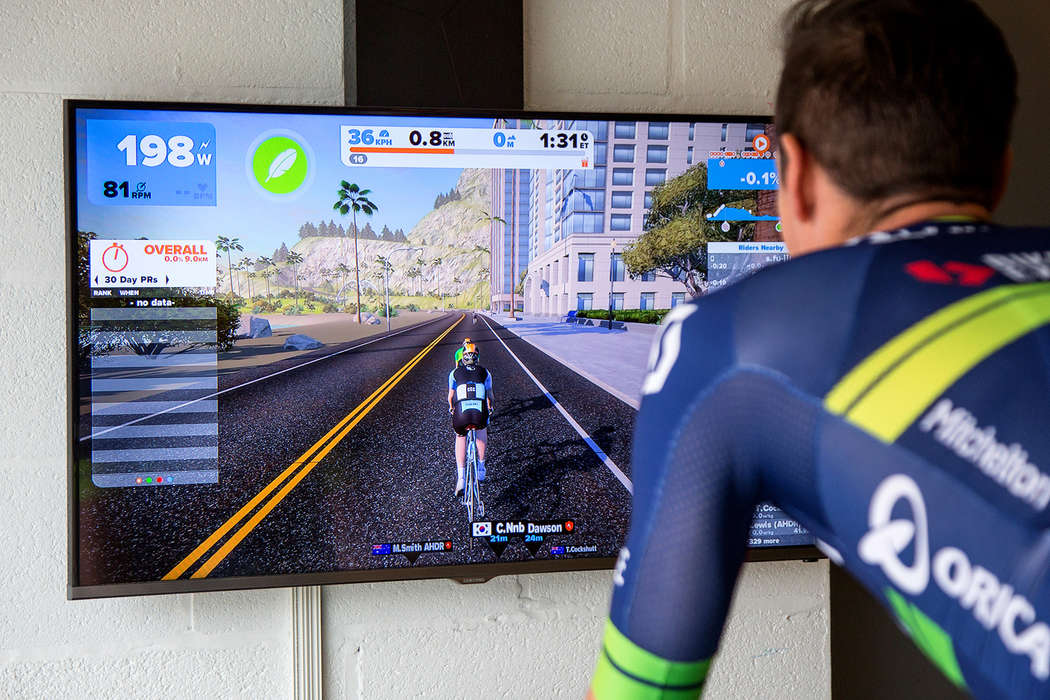 As you know, the Paris-Roubaix is coming up on April 9th. Last year, Mat Hayman’s dream of winning that race was all but crushed when, six weeks prior, during another race, he sustained a broken arm. His doctor said he was done for the season. Unable to ride his bike, yet unwilling to give up, Mat discovered Zwift, the massive multiplayer online fitness platform for cyclists. The ability to train indoors using Zwift while his arm was healing allowed Mat to stay in top shape, and despite the doubters, Mat was ready on race day winning the 260km long race.

After discovering Zwift Mat went to work by putting the time in with Zwift, “For Roubaix in 2016 I was confined to the home trainer in the garage and using Zwift. The most I did was close to 20hr in a week, with most days being two session.” It was here with the help of Zwift where Hayman would keep his body in shape to tackle the upcoming Paris-Roubaix.  During the time Mat spent on the trainer he kept in daily touch with his coach while they were monitoring his form and fatigue. “I was doing a lot of base work still, sweetspot as my coach calls it. Most mornings were interval sessions. These were mainly 4 and 5 minute efforts, then we played around with the recovery. It was a matter of keeping it interesting and not doing the same session over and over again.”

Training indoors is one thing though, with racing Paris-Roubaix in the past perhaps different sensations would come up this year with doing a block of training indoors with Zwift. “I felt good on the day of the race, I have a feeling that using the trainer you also work a bit on being a bit more efficient with your pedal stroke, with the dead spots on a trainer. This is is not a bad thing for riding on cobbles. I was fresh for the race as I had missed a lot of the other races in the lead up.”

One year later Mat has been incorporating Zwift into his training once again. This time around though for different reasons. “I’ve had to use Zwift quite a bit again this year in the early build up, I was not injured but my wife was pregnant with our twins who were born in January so that meant staying in Europe for the winter and I used it quite a lot on those cold snowy Belgium days.” Whether Mat is training for Paris-Roubaix or choosing to stay out of the snow he seems to adopted Zwift into his use of training tools. Zwift has also added some of his training sessions to their programs so that you can get a first hand expirience at some training intervals required to win Paris-Roubaix.