Remembering the man behind the brand 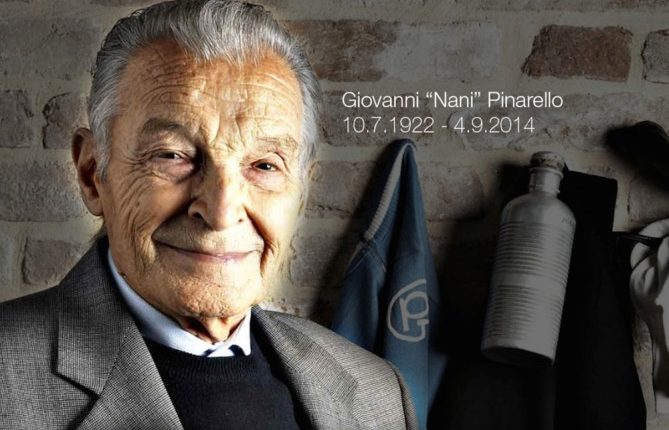 Simply put, no other bike brand has enjoyed the sort of Tour de France success that Pinarello has. Founded in 1953 by former racer, Giovanni “Nani” Pinarello, the Italian brand based in Treviso, Italy has emerged victorious in the Tour a staggering 12 times. Of course, while the Tour wins have by far brought the brand its biggest acclaim, over the years Pinarello has won just about every other race on the calendar as well standing out from the crowd with a variety of uniquely designed bicycles.

Of course, race wins can’t come without a bike and rider in combined effort and when it comes to bikes, Pinarello has long has a willingness to enter into strong partnerships that combine to create breakthrough designs.

Although Giovanni stepped away from active duty at the factory years ago, Pinarello has been in the more than capable hands of his charismatic son Fausto. It’s been Fausto who has overseen the team deals with Sky, the eclectic bike designs, the new e-bike and of course last year’s sale of the company to the  same investment group that owns Louis Vitton.

Despite all the popularity and success of the modern era, it’s always worth remembering the vision and passion that lie at the roots of a great company, and for that reason that we wanted to take a minute out of our busy day to pay tribute to Giovanni Pinarello.

Bike of the Week: Brixia Alata

Tweet of the Day: Chris Froome Announces Return to Racing