Michele Favaloro has a knack for doing things his way 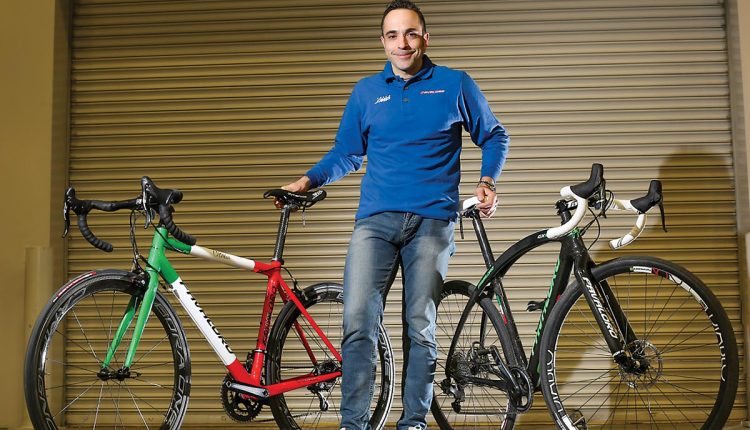 We first ran into Michele Favaloro back in 2017 at his then-small bike factory that was located in the garage of the family home. Cramped with a collection of drill presses, sanders and lathes was a wide swath of steel and aluminum tubes and drawers filled with sheets of carbon fiber. It was all there. At the time, Michele fancied himself a custom frame builder who, in addition to having plenty of ideas about how a bike should be built, seemed to have an endless amount of energy to hand-build frames for a growing customer base.

Here we are some four years later, and although he has since moved on to a new workshop (not far from home) overlooking Lake Garda, Michele remains both as confident as ever about his frame designs and, seemingly, as productive as ever as his catalog of frames has only grown in number.

Not only as the world of gravel brought him new design challenges, but so, too, have e-bikes, which have only added to the catalog offerings. And never one to settle for easy, Michele uniquely offers pedal-assist bikes with your choice of one to three batteries for extended ride time. 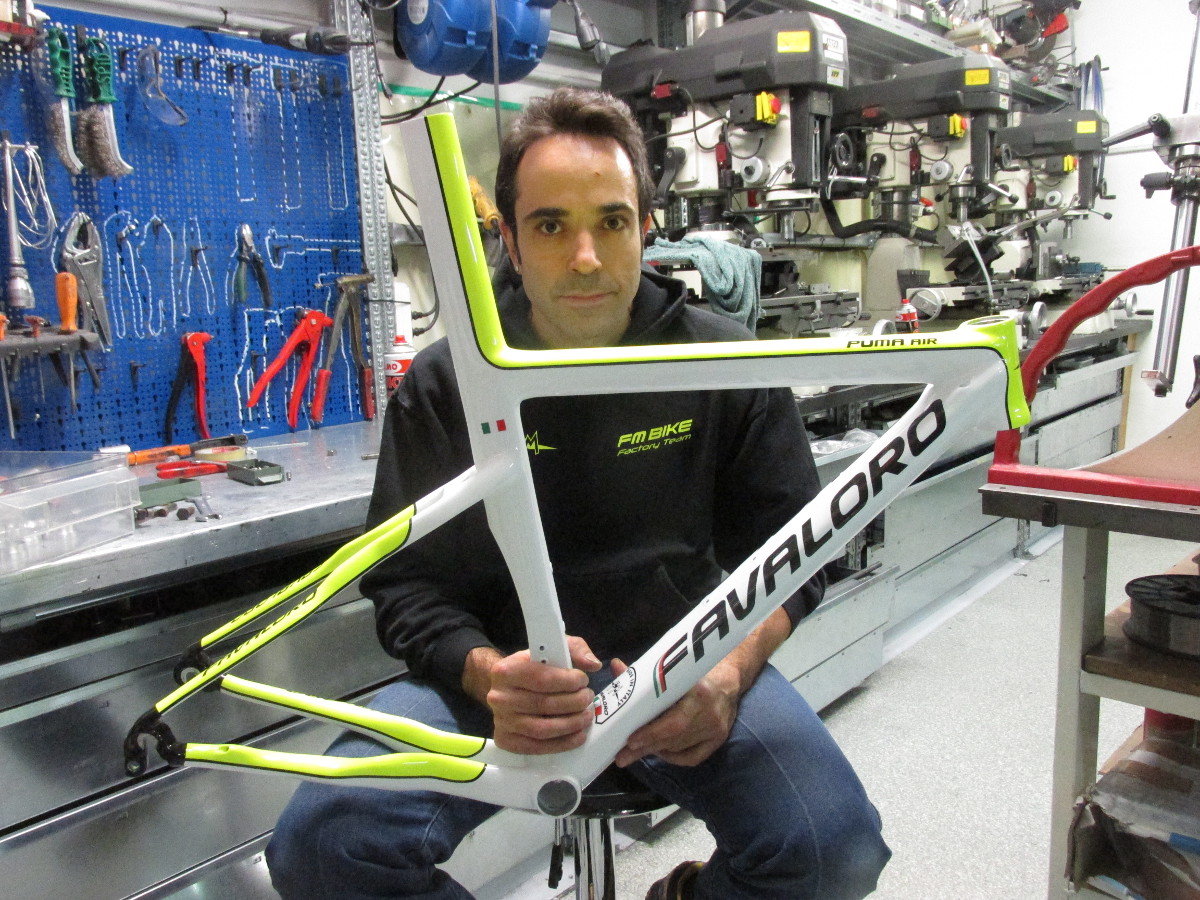 With our travel days cut down to non-existent, catching up with Michele either in Italy or at the North American Handmade Bicycle Show was a no-go. In order to see firsthand what he was up to, we had to rely on e-mailing him questions (translated by his U.S. importer Albabici) and then receiving two bike boxes at the palatial RBA office.

One bike was a steel Race, and the other was an aluminum Fire gravel bike. Since Michele is a custom builder, we were unsure of what geometry was used to build the bikes, but lo and behold, we found riders who fit the bikes perfectly and off they went. More than anything, both bikes were good reminders of how enjoyable non-carbon bikes can still be.

RBA: What have been the most significant technical changes in design of recent times?

Michele Favaloro: Ten years ago I had a futuristic vision, thinking of oversized pipes (tubes), oversized bearings, rear thru-axles and disc brakes. As far back as 2009, I was actually building 29er MTB frames with 12mm thru-axle and 42cm chainstays. We were light years ahead of other frame builders!

I would say the introduction of disc brakes, thru-axles, oversized headsets and bearings have helped make bicycles very stiff and very drivable, and therefore the change was to slightly open the steering angle compared to many years before.

“With carbon fiber, I can create a bicycle that has unique plasticity and inimitable rigidity that is as comfortable to ride as steel and as snappy as aluminum.”

Today, the integration of cables and the increase in bearings have brought a turning point in all cycling sectors. With racing bicycles, they have brought noticeable improvements in performance, handling and aerodynamics. For the gravel sector, in addition to the handling benefits of the oversized bearings, we were the first to incorporate the internal cabling system via the left Campagnolo shifter to actuate the dropper seatpost. As for mountain bikes, the advent of the Boost rear-wheel spacing has certainly improved the stability of the bicycle using geometries with shorter chainstays.

RBA: What are the principles that differentiate a gravel bike from a road bike?

Michele: I look for ways to push the limits to find the perfect setup between the clearance of the chainring and the tire to obtain the shortest possible chainstay that the gravel frame can accommodate to improve performance and power without compromising the stability. The bottom bracket is slightly higher than used on a racing bike, and the steering angle is more open to ensure that the wheel does not touch your shoes but still try to keep a parameter that is not purely off-road.

To achieve certain performances, I set no limits. Each frame is custom-made to meet the demands of the customer’s riding style. We have the best-performing gravel bicycles on the market. As applied to the Hell Fire bike that you are currently testing, it has a chainstay length of 41.8cm, and the distance of the bottom bracket to the ground is 27.5cm. These measurements are very different from most commercial gravel bicycles.

I have the ability to change the way I work quickly and get the most out of any material—steel, aluminum and carbon fiber. I have been working for more than 27 years and have experienced the evolution of the bicycle. My personal choice of frame material is carbon fiber. With the complexity of the process of using this material, it requires a lot of man-hours and energy, but the end result is worth it. With carbon fiber, I can create a bicycle that has unique plasticity and inimitable rigidity that is as comfortable to ride as steel and as snappy as aluminum.

RBA: What makes Italy so special?

Michele: Italy is famous for the elegance and passion with which we work and the artisanal skills with which we make our products. I am fortunate to be an Italian frame builder with direct access to incredible Italian manufacturers. Over the years, I have established strong partnerships with companies like Campagnolo, Dedacciai, Selle SMP, Ursus, Polini and Vittoria to create my bicycles. 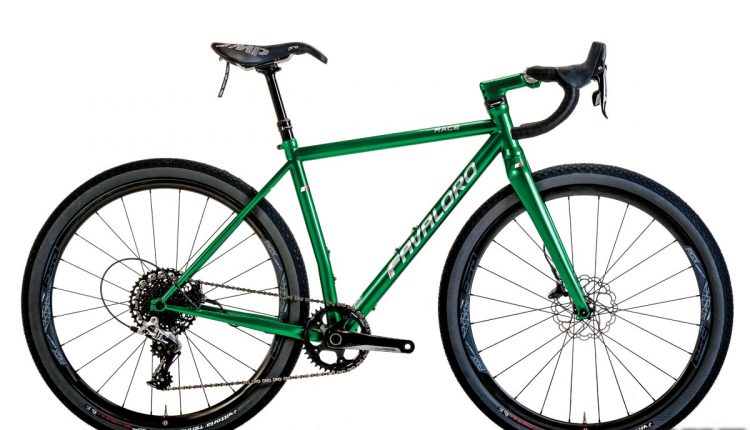 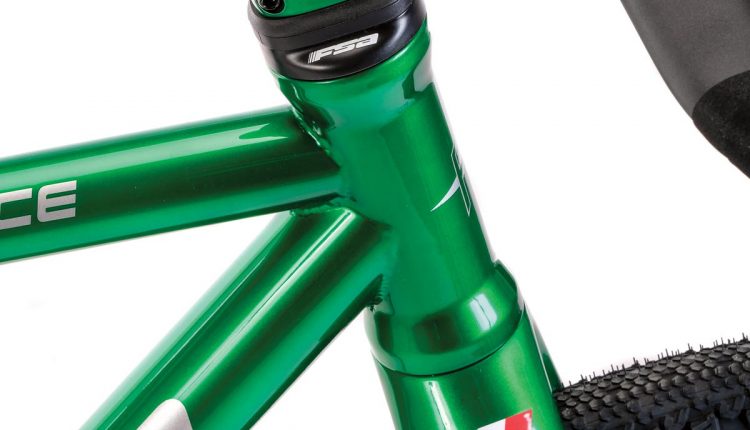 Thanks to the machined headtube and FSA headset, the Race hides its cables and hoses well. 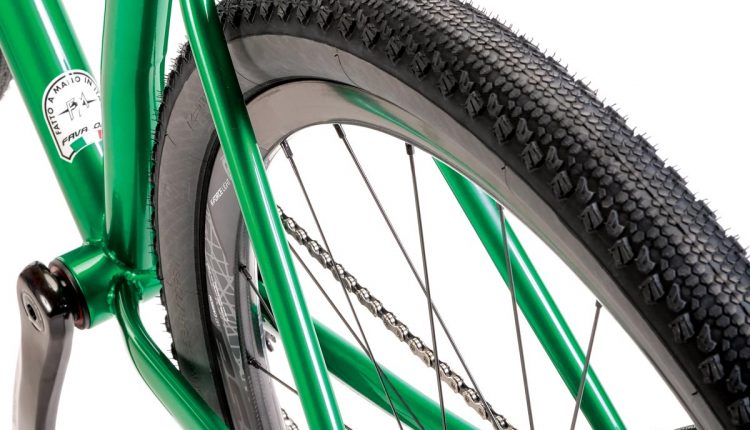 The 40mm Vittoria tires proved capable on both dirt and paved surfaces. 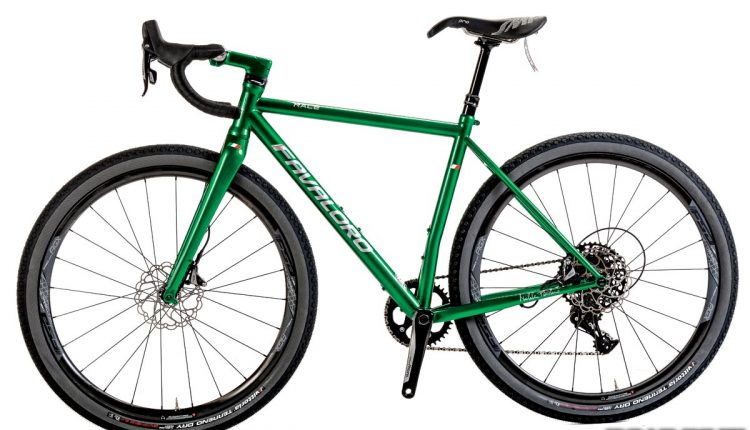 With its spectacular green finish and fancy Alligator brake rotors, all eyes fell on the moss green steel Race the moment it was pulled from the box. Made with Dedacciai Zero tubing, the Race frame has a claimed weight of 1700 grams and, with the Dedacciai RS Light fork, sells for $2490. 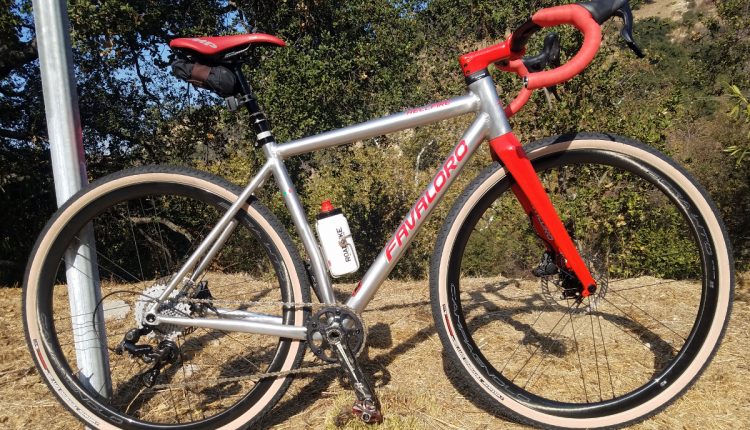 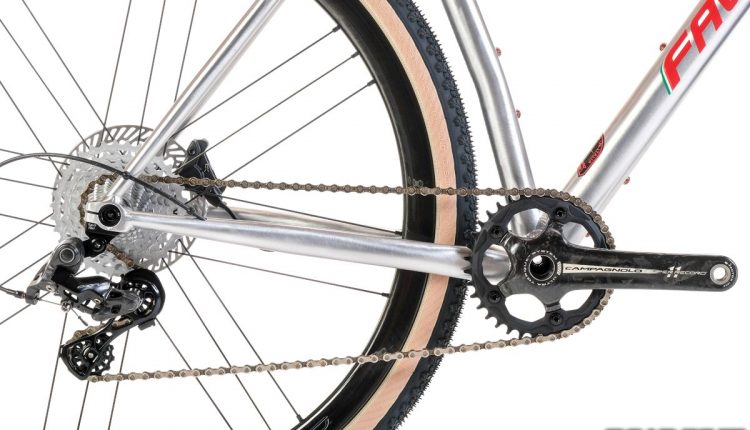 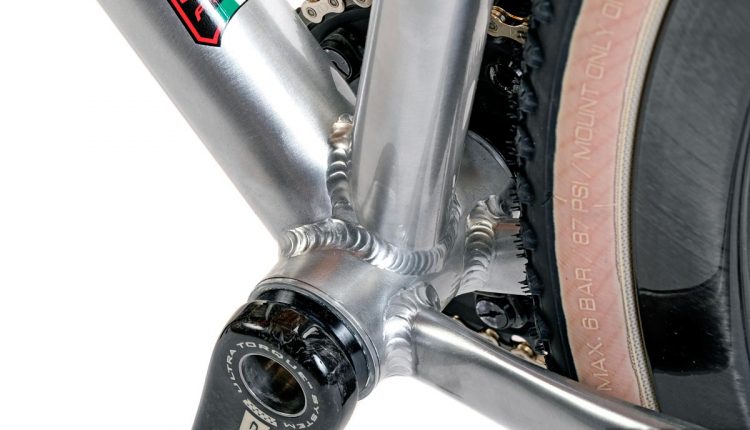 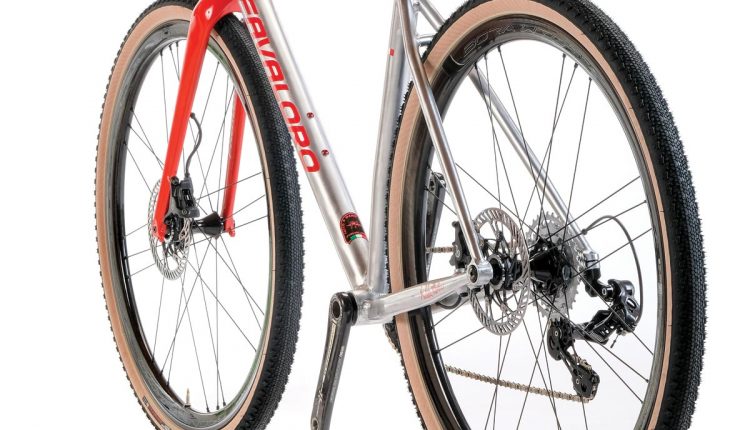 IS ALUMINUM STILL A THING?

While brake-lever-operated dropper posts are nothing new, the Fire was the first bike we’ve ridden that used a Campagnolo Ergopower lever to actuate the Trans-X dropper post.

The 7003-series Dedacciai aluminum frame was stiff for solid efforts, and the slightly curved seat tube allowed for ample room for the high-volume tires, which helped provide a compliant ride quality. A custom Fire frame sells for $2790.

With its mix of 40mm Vittoria Terreno Dry tires and Campagnolo Chorus drivetrain made up of a 36t chainring paired to an 11-34 cassette, the Fire proved to be one of the most capable dual-purpose bikes we
rode in 2020.