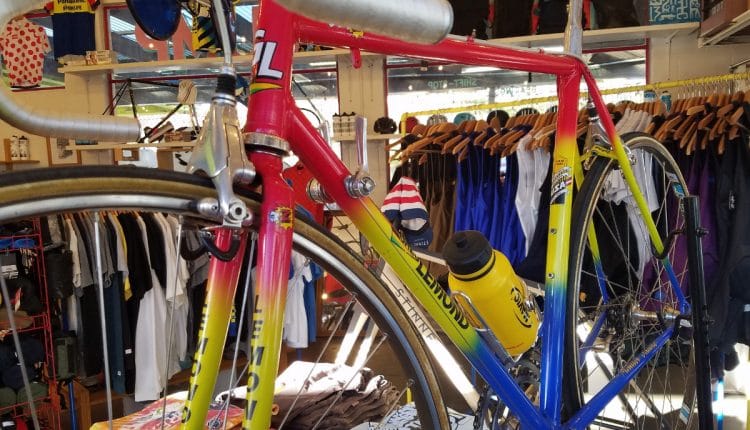 The Cub House  bike shop has been open for just over a year and it has quickly become a mecca for both bike geeks and freaks from all over SoCal. On any given day hyper-expensive Euro road bikes can be found nestled next to ratty fixed-gear bikes while skinny-legged roadies listen to the bizarre stories told by some vaping skate rats. Having a place to hang-out where camaraderie and co-existence are the guiding principles are the key elements that make it all work.

That this funky menagerie of bikes, plants and lawn furniture exists in one of the toniest sections of South Pasadena, makes the shop’s existence even more unlikely. 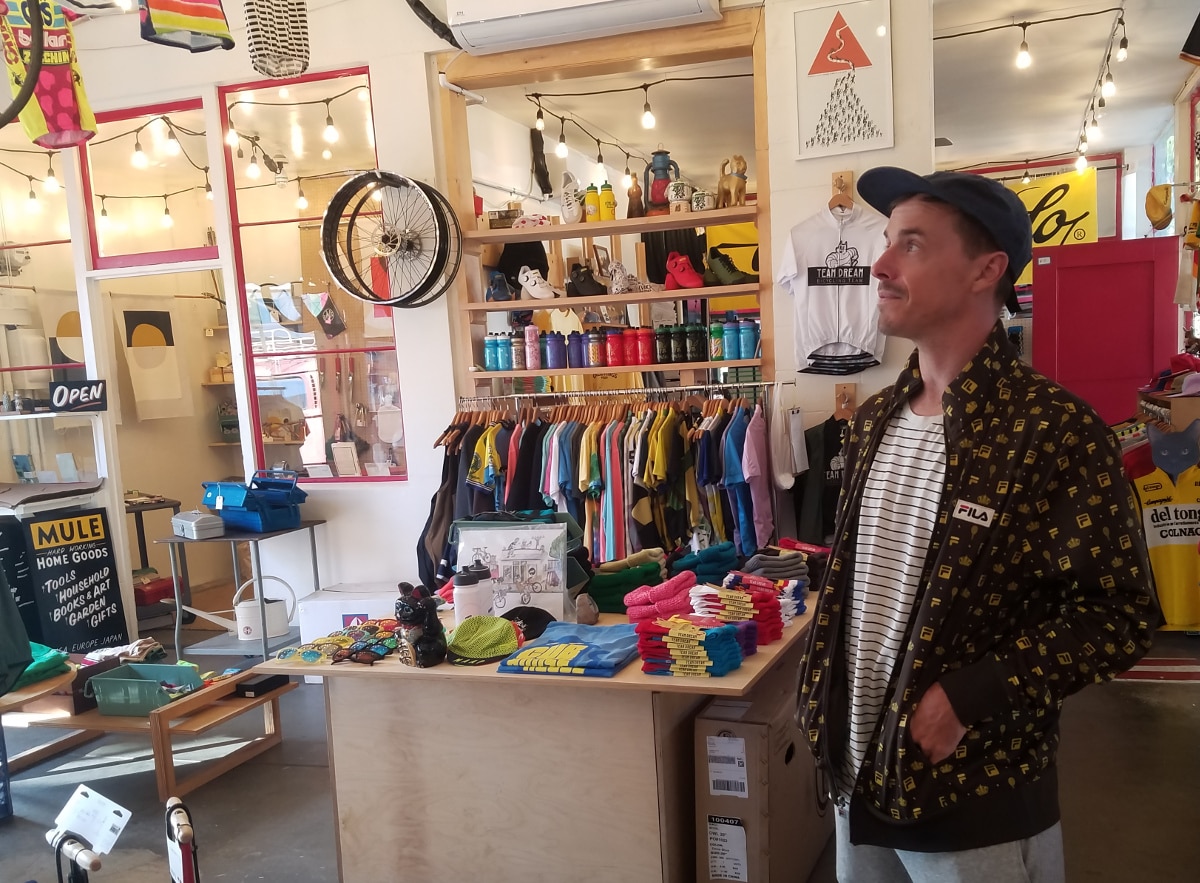 The following is a photo gallery of the Cub House aided and abetted by some of the words that will be  found in the feature story I wrote about the shop and its owner, Sean Talkington (above), which will be found in the April issue of Road Bike Action.

A DAY IN THE LIFE

“We opened a pop-up shop a few years ago inside of an old Pac Bell phone company building in South Pasadena. We called it The Cub House and it was strictly a cycling apparel store: that’s why our Instagram handle is “@itsnotabikeshop”. The rent was like $700, and the shop square footage was 255 square feet. I was so nervous.”

“A really important aspect of the shop to me is that it can be a cool place just to hangout. I remember visiting a friend who worked in a bike shop and after chatting for about five minutes I could tell he was getting nervous because he was on the clock and not selling. That conversation probably cost the store $6!”

“Now there is so much apparel to choose from. I regularly meet customers that have closets full of bike kit and their bike has become sort of secondary. Different times. In the end, people are riding their bikes, and that’s really all we can hope for. “

“We’ll do a variety of pop-up shops through the year that includes other clothing brands, which might seem dumb, but it’s more fun to be inclusive. I can tell you that Rapha doesn’t have the courage to put a bunch of Team Dream kits in their stores!”

2019 Tour Down Under Recap and Results: Stage 6