Beautiful carbon, family legacies and THE one thing everyone was talking about 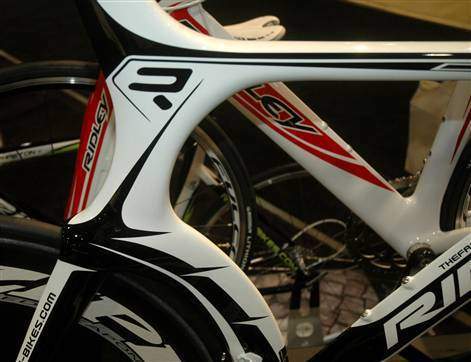 The Ridley booth was full of all kinds of carbon shapes and new technology. Unique to the Belgian based brand is their new Flandrian series of road bikes (two models including the sweet $3200 Excalibur) – which I unfortunately forgot to shoot a photo of.  In addition was the shapely Dean TT bike (above) plus a full line of ‘cross bikes that they are famous for.  Of course there was also the product that I was not allowed to shoot which was the a radical new carbon fork with integrated brakes (ala the Stork Aero 2) mounted on the backside of the fork. The fork will see race action in 2011, but not be officially released until the bikes shows next year. The fork was my “Alex Pong” product of the show that proved there is some true technological evolution going on at Ridley.  Ridley Bikes. 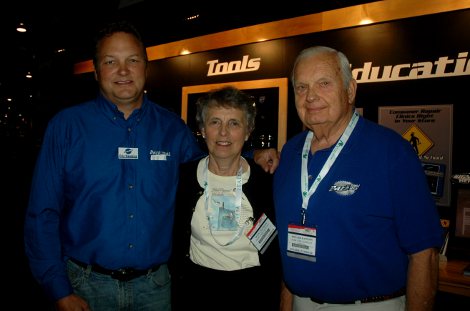 Parents always come first, and of course when it comes to bike maintenance, the first name in cycling tools is Park Tools. Current Park overseer is Eric Hawkins (l) who was joined at the show by his mom Donna and dad Howard. It was Howard who started the Minnesota company back in 1963 and over the years the Park menu has come to include more than 300 products. 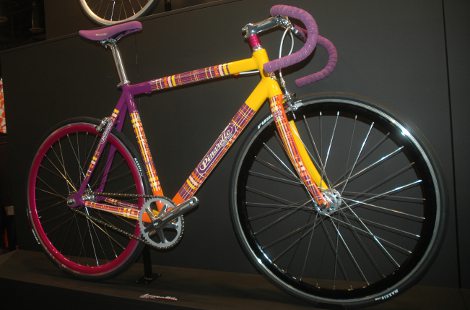 As usual, there was no shortage of carbon fiber beauties to be found at the Pinarello booth. Curiously, this $1000 aluminum Soho fixie was gathering quite a bit of its own attention. 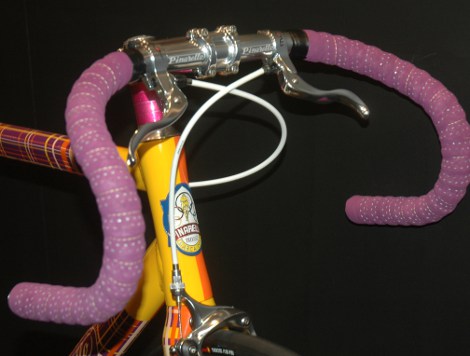 The Soho runs easy on-off brakes and the rear wheel can be swapped between a fixed gear or freewheel. It’s been awhile since we’ve seen a real head badge on a bike and the Pinarello crest was a welcome addition to the Soho. The British flag found on the fork crown was silly for two reasons. 1. No mater what the Brits say, Soho is in New York. 2. An Italian marque like Pinarello should never give up their vaunted tri-colore! 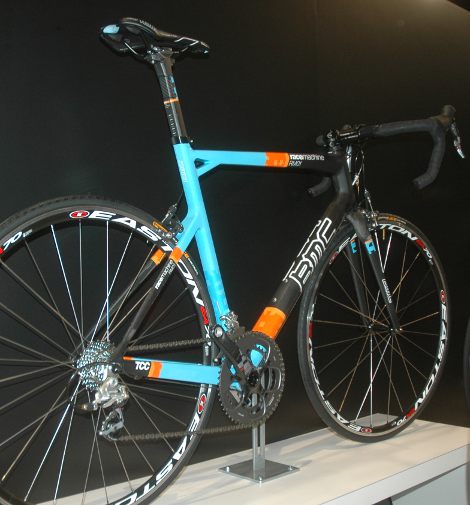 BMC broke with their red/black/white tradition and ran with some vivid colors on the Race Machine RM01. The sleek carbon race bike sells for $5000. BMC Racing. 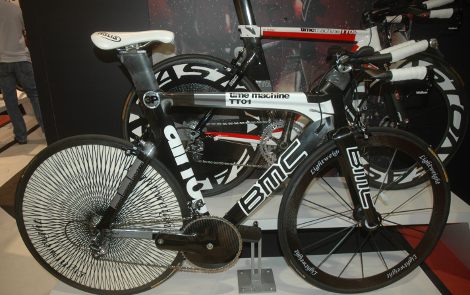 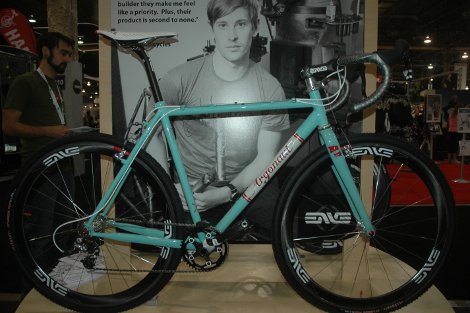 Enve Composites continues to be the de-facto patron saint for some of most imaginative “small guy” builders in America (Argonaut’s Ben Farmer featured). Frame tubes, wheels, forks, stems, handlebars and seat posts are all found in the Enve Composites stable of carbon bike parts. 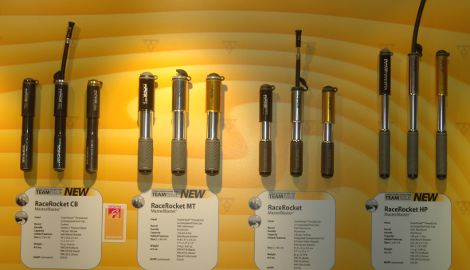 Topeak offers a great selection of both floor and mini-pumps, the latter line highlighted by the Race Rocky HP (l), which like its pocket-sized brethren, provides a handy hose to help inflate your tire. 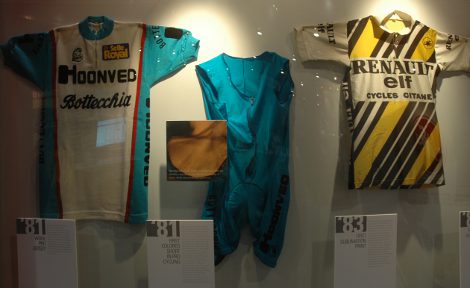 Castelli USA made sure that everyone was aware of the legacy in racing with a museum-like display if old team kits. 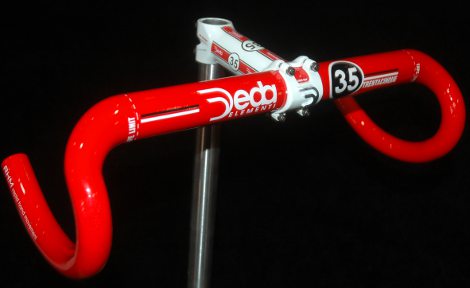 Is a new handlebar standard soon upon us? It might be if Deda Elementi gets some traction with their new 35mm alloy stem (136 grams) and carbon handlebar (210 grams) combo. Deda claims that besides being stiffer, the bigger diameter handlebar reduces hand fatigue by providing the larger surface area to grasp. 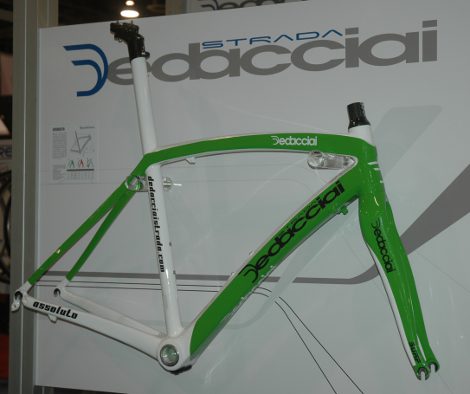 Already one of the world’s most prolific component makers,  Dedaacciai (the frame business for Deda) has been building private label frames for a variety of clients for years. For 2011 they are thinking strongly about importing the frames under their own name if they can get distribution squared away.

AS FOR THE MOST TALKED ABOUT ISSUE IN LAS VEGAS 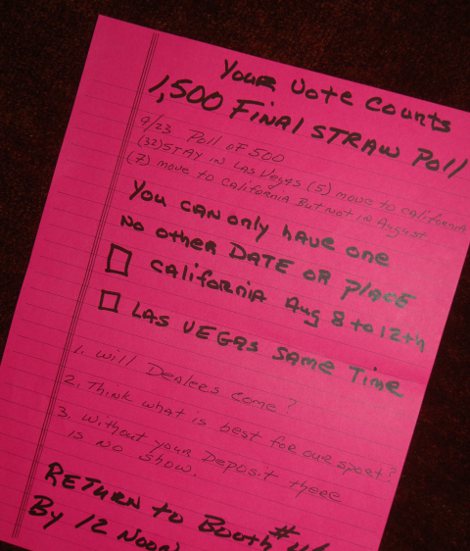 Interbike’s much anticipated move to Anaheim in early August was finally announced and it proved as popular as Jane Fonda appearing at a Vietnam Veterans social! Everyone seemed to have their own reasons to oppose the move, and there was even an active grassroots effort to eliminate the choice. Time will tell.

DOMBROWSKI OUT OF GIRO WITH CONCUSSION AFTER BIRTHDAY CRASH