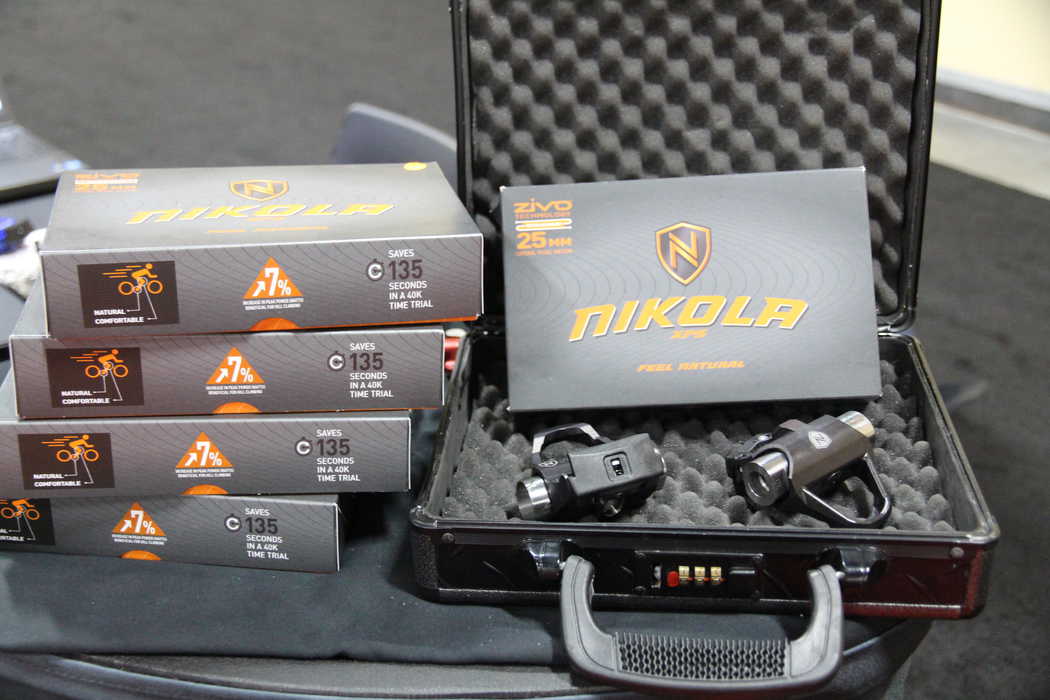 At last year’s Interbike trade show, Nikola Innovation first unveiled its road cycling pedal. What set it apart from pretty much every other pedal on the market was its ability to move laterally across the pedal spindle. Well, that was “version 1.0,” and it’ll be featured in the upcoming November 2015 issue of Road Bike Action Magazine. But at this year’s Interbike trade show, Nikola Innovation has unveiled an updated version that they’re calling “version 2.0.” Some of the highlights include:

Click here to see all of our coverage from INTERBIKE!

Nikola also announced that the company is hard at work on both a flat pedal and a mountain bike/cyclocross pedal based on the Shimano SPD standard. We should be seeing more about these in the coming months, especially considering that Nikola had a 3D-printed prototype of the flat pedal on display at Interbike:

Check out our video from last year’s Interbike show, featuring the unveiling of the first Nikola pedal: