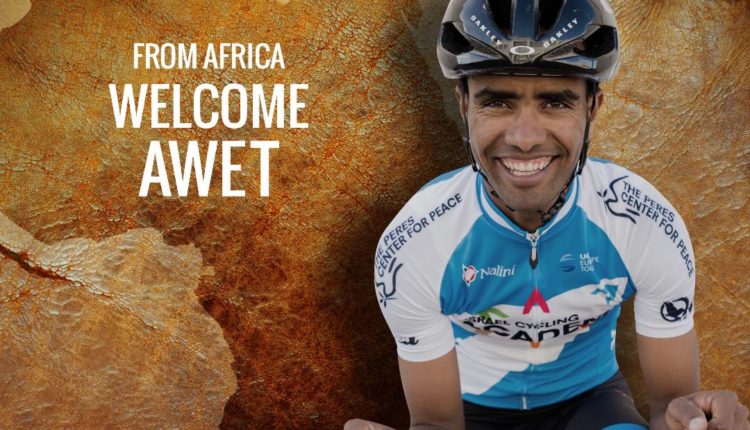 Press release — An inspiring, heartfelt, and remarkable story of a young man from Africa determined to beat huge odds to become a pro continental cyclist, has come to a happy ending when Israel Cycling Academy signed Awet Gebremedhin, a refugee from Eritrea, for the next two seasons.

Gebremedhin (25) will be the team’s first East African rider as the Israeli squad goes into its most crucial season ever and eyes its Grand Tour debut at the historic Giro d’Italia which starts in Jerusalem in May.

“I still cannot believe it,” said the Eritrean climber. “I waited for this opportunity almost all my life and there were moments of darkness and despair when I almost lost any hope that this miracle could actually happen. But now, everything that I had to go through, it all seems worth it.”

Team founder and Co owner Ron Baron has made it clear that this represents much more than just the signing of a talented young rider. “This is really all that ICA is about. Here is a rider who deserves an opportunity to fulfil the dreams that seemed almost lost. That’s why for us it’s an exciting moment. We feel privileged to give Awet this chance and confident that he will show the world of cycling his unique qualities.”

It has been a rocky thirteen-year journey to the professional ranks for Gebremedhin, who first began riding as an 11-year-old from a remote Eritrean chicken farm. He has endured an astonishing odyssey, overcoming family separation, hiding, years away from a bike, and even self-induced hunger. “I just kept hanging on and hanging on,” he said. “I guess I really wanted it.”

He was born in Debarwa to a family of six brothers and three sisters. Gebremedhin started riding while he worked on his father’s farm as a child. “It was 15 kilometers to school when I moved from grammar school so [my dad] decided it was worth it to invest his very little money in buying me a used bike so I could get back quickly and work in the farm.”

How quickly? “Actually, very fast, so fast that I crashed a lot,” he smiled broadly. So fast that the word of the speedy young cyclist soon spread. He started winning local races and in 2009 moved to the capital city of Asmara and joined his country’s biggest team, Zoba Debube. Developing his climbing skills, he accumulated victories, raced for the Eritrean National team, and competed in Italy for the first time in 2011. Two years, later he returned to race in Italy with his team, but this time he decided he was not going back to Eritrea. “I knew that I would never get to be a professional rider if I returned to my country.”

He escaped to Sweden where he applied for asylum but because his legal status with the Swedish government was unclear, he had to confine himself to a friend’s home for 18 long months, fearful that he would get arrested and sent back to Eritrea if he ventured out. “It was by far the worst time in my life,” he recalled. “I could not go out and forced myself to eat very little, actually starving. It was the only way to keep my body lean as I hardly moved. I knew that with not riding for a long period I was risking my future as a pro so I just had to starve many times.” What kept him sane was his work ethic. “I spent all my hiding time studying Swedish so I would have a better chance to get my papers.” Eventually, his struggle paid off and in November 2015 he was declared a legal refugee in Sweden.

A few months before finally settling his status, he dared to go out. “For three months, I collected empty beer bottles and sold them. Eventually I had enough to buy a bike, shoes, and a helmet, and I could go out training again. I would train for hours and hours to get back in shape.”

Once able to travel again, the amateur team Marco Polo signed the determined rider, who finished 19th in his first race after more than two years, proving he could still deliver promising results. In 2017, he moved to Kuwait-Cartucho.es, a small continental team. After a tough adaptation process, he showed his potential, finishing 16th in the Vuelta Madrid, and in the Volta a Portugal he was a mere 34 seconds behind the winner on the queen stage, placing 37th overall in the demanding stage race.

Gebremedhin suffered a blow when the team folded, however, leaving him without an income. “I could not even call home because I knew they expected help from me and I could not [provide it].”

But then came a break: his friends at Marco Polo were making the rounds and calling teams on his behalf.

Enter Israel Cycling Academy. “Credit [Marco Polo] for saving his career,” said ICA general manager Ran Margaliot. “They said to me that I must take a close look at him and I am happy we did.”

Unfortunately for Gebremedhin, there was no room in the Professional Continental squad. “He deserved a contract but we had already completed our roster,” said Margaliot who could only offer the Eritrean a spot on the team’s development squad. Gebremedhin accepted.

The young refugee’s luck continued to improve. The sudden departure of Turkish time trial champion Ahmet Orken opened a spot in the Pro team. When Margaliot called Gebremedhin with the news, the Eritrean was almost moved to tears. “It was a dream come true. I could not believe it,” he said.

For the team, it was a great moment as it had looked to sign an African rider for a long time. “We started our search 2 years ago,” said Margaliot. “The amount of talent in the African continent is just unbelievable.”

Israel Cycling Academy was founded in December 2014 in Jerusalem as Israel’s first professional cycling team, with a clear vision to help Israeli cycling and to bring young cyclists, especially Israelis, to the top levels of the sport. The 2017 season was the team’s first in the Pro Continental ranks. 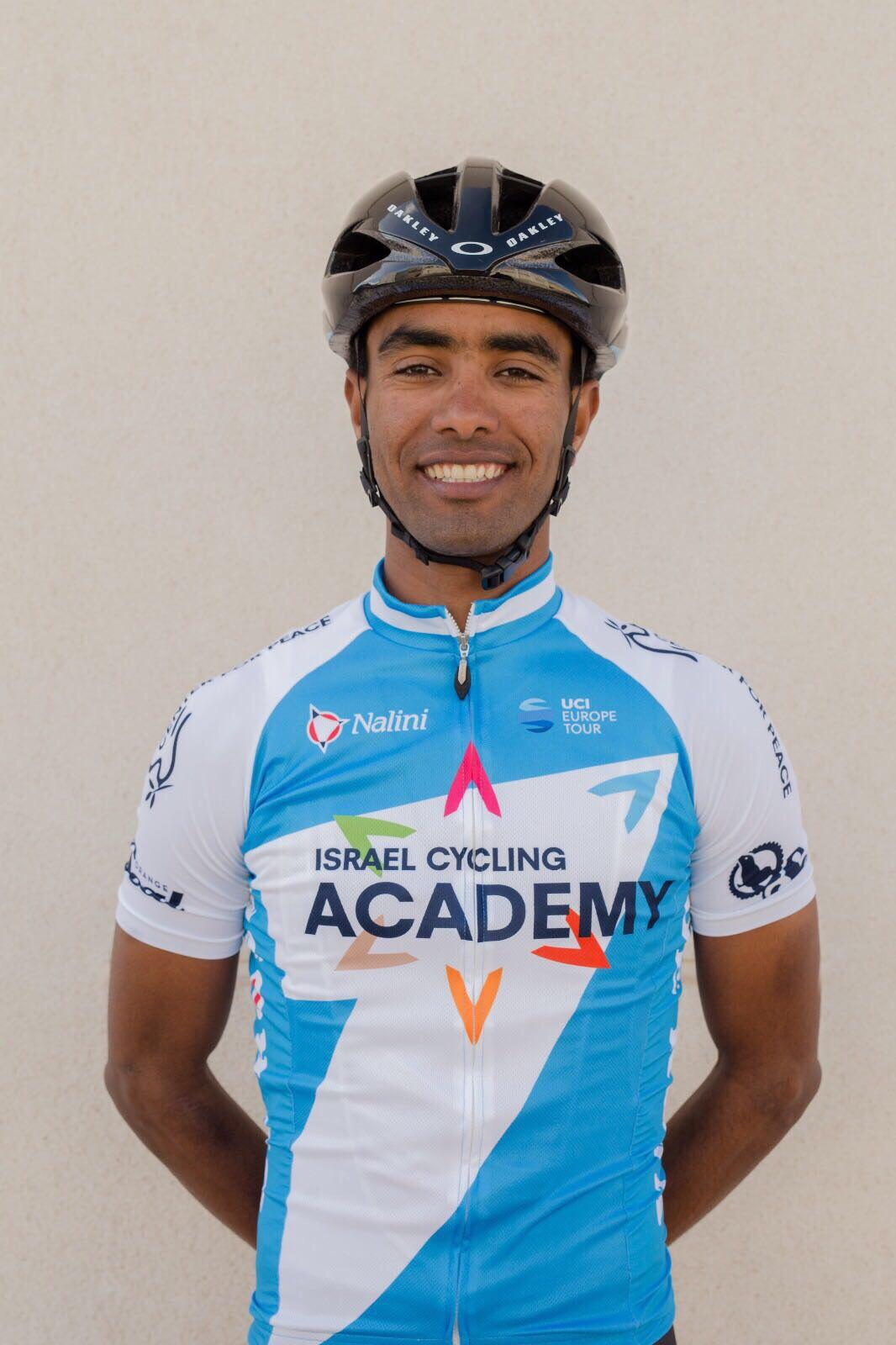 Photo of the Day: Alchemy

Photo of the Day: Thanks To The Fans