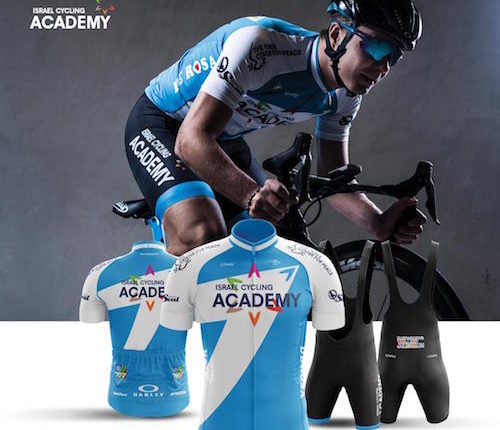 Press Release – Israel Cycling Academy riders will carry their new Peace Ambassadors title alongside the Peres Center for Peace and Innovation logo on their new 2018 jerseys after getting special permission from the UCI to redesign their kits in a last minute move.

It will be the first time a professional team will carry an outright message of peace on their jerseys and the first time that the world-renowned Peres Center for Peace and Innovation will be promoted by a sports team. The Peres Center was founded in 1996 by the late Nobel Peace Prize winner and former president of Israel, Shimon Peres, focusing on peace-building projects in the fields of innovation, peace education, medicine, business, and environment. Tens of thousands of people have participated have participated in the Peres Center’s programs as the organization works towards its goal of a prosperous Israel within a peaceful Middle East.

“From day one, we have always seen our team obligations reaching beyond the sports world,” said ICA’s general manager, Ran Margaliot. “We have a role as sports ambassadors but also as human ambassadors. We are ambassadors of goodwill, demonstrating the high values of human behavior, and carrying a message of peace.”

The Peres Center for Peace and Innovation said in a statement: “We see great value and importance that this unique professional cycling team is devoted to help build human bridges across religions and cultures and inspire the young generation of cyclists and others.” 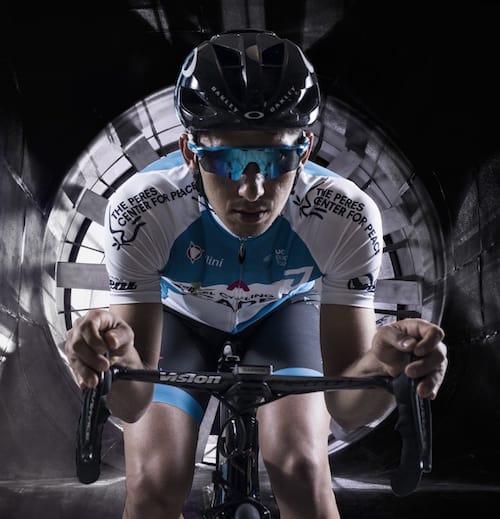 During the team’s recent trip to Israel, the Peres Center for Peace and Innovation nominated Israel Cycling Academy’s riders to be peace ambassadors. Upon receiving this honor, the team set about redesigning their 2018 jerseys to reflect this distinguished responsibility. Because the team had already submitted its original kit design to the UCI, the team requested and received special permission for the redesign.

The shoulders and sleeves of the updated jerseys prominently display the Peres Center’s logo of a flying dove carrying an olive branch. Each rider will carry the title of Peace Ambassador on the back of his jersey alongside his name and national flag. The bold blue of the new jerseys is vivid, bringing light and energy. Margaliot said that this blue is, “closer to the flag of Israel. We represent multiple cultures of Israel and the world.”

The team founder Ron Baron said, “For us this move carries the responsibility to demonstrate peace between people from different backgrounds.”

Israel Cycling Academy co-owner, Sylvan Adams, commented, “We are the most diverse team with riders from 16 countries and 5 continents. This diversity is emblematic of Israel’s pluralistic society, which is diverse, inclusive, and free. In that way, the team’s inclusive philosophy offers an example of how riders of various backgrounds and cultures can coexist in peaceful sportsmanship, and work together towards common goals. This is the model we represent all over the world.”

Former Mexican national champion Luis Lemus enthusiastically agrees. “This title puts a lot of weight on our shoulders. It’s a big responsibility and at the same time an honour: to live and act according to its principles in all aspects of our lives.” 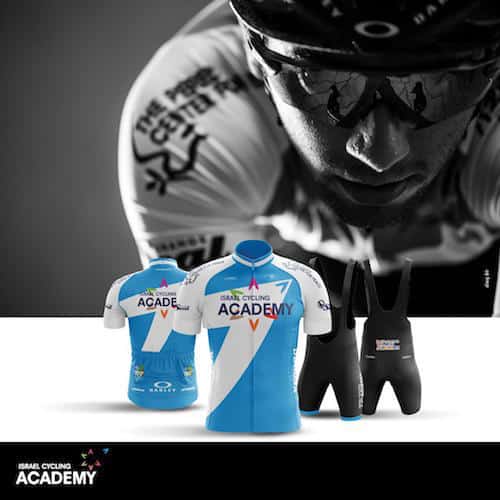