An inside look at the multi-generation Italian family business 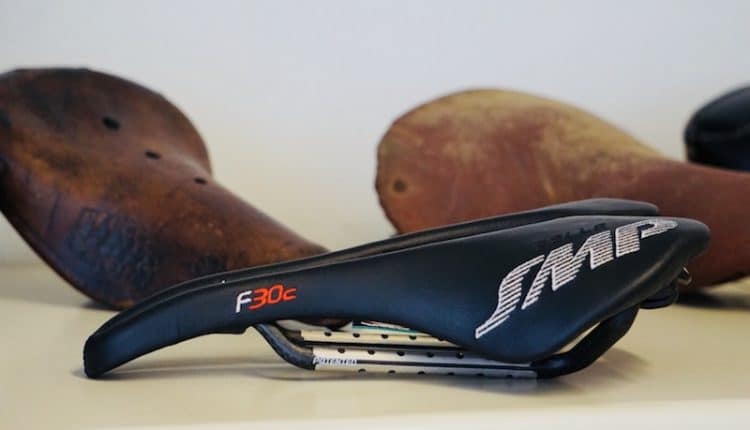 There seems to be a trend here in Italy which is that Italian’s really mean it when they say Italian made and family run. Selle SMP was officially started in 1947 by the late Martino Schiavon which is now currently run by his two son’s Franco and Maurizio.

The brand initially began as a saddle maker for the OEM’s, but in 2004 there was a turning point for the company as they introduced aftermarket saddles to their line up. Focusing on a great product though, a first look at the Selle SMP saddle and you would know instantly that it isn’t like any other saddle on the market.

During the 2004 Milan trade show the new saddle which went through three years of scientific design was first shown to the public and dealers, and the general response wasn’t the most ideal. Forgoing the trendy fashion style of most saddles Selle SMP chose the scientific way to produce a product that can benefit any rider either male or female.

To share their message, Selle SMP believes the best way for rider’s to find out the benefits of the saddle is to try it themselves. Selle SMP have over 320 test facilities through out the U.S. where rider’s can demo the saddles to discover how they work, and which one work’s for them. They will also soon be launching an online program to help rider’s test their saddles if they are not located near a Selle SMP test facility.

After 71 year’s in the market producing saddles, Selle SMP is still 100% made in Italy while using Italian products. They will soon be launching a couple new products to add to their line as well.

Check back here on Road Bike Action this week for a video which shows an in-depth look at the science behind the Selle SMP saddle.