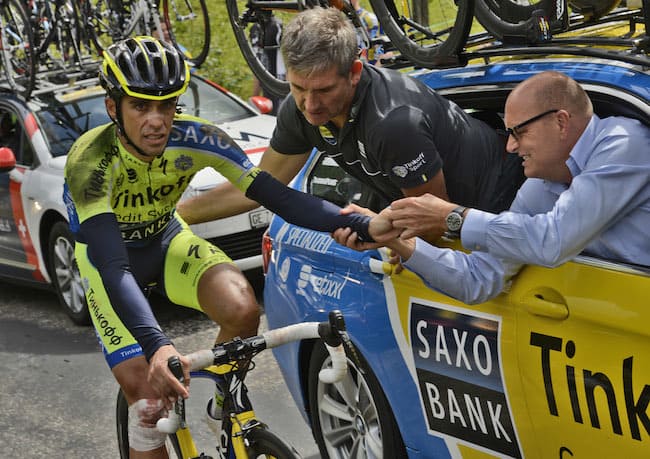 The Tinkoff-Saxo team of two-time Tour de France winner Alberto Contador on Sunday fired team manager Bjarne Riis. Dane Riis had already been suspended from his duties a week earlier. An agreement has been reached to terminate the contract,” said the Russian team in a statement.

“The terms of this agreement will remain confidential and the two parties must not make any further comment,” added the statement from the team owned by Russian millionaire Oleg Tinkov.

Riis won the 1996 Tour de France as a rider but would later admit to having doped during his career, including the year he won the Grand Boucle.

He created a team in the early 2000s and took on the role of sports director, eventually selling the squad to Tinkov in December 2013. He built a formidable squad and made the marquee signing of Contador in
2011 before adding Peter Sagan this season.

However, there were rumours that Tinkov was unhappy with the team’s poor results in the early part of this season, although a week ago Contador spoke out in support of his manager, describing him as “someone very important in my career”.

Tinkoff-Saxo, however, denied Riis’s suspension was related to results.