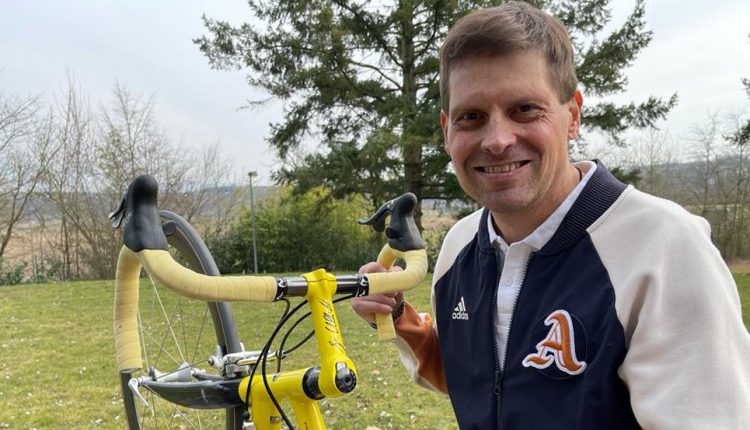 In the effort to raise money for a good cause, former German star and Tour de France winner Jan Ullrich has decided to auction off a custom Pinarello made for him for the 1998 Tour de France.

“I am now auctioning off a special bike from my career to benefit the ‘A Heart for Children’ campaign,”  said Ullrich,  “which equips aid transports and supports sick children and orphans in Ukraine,” 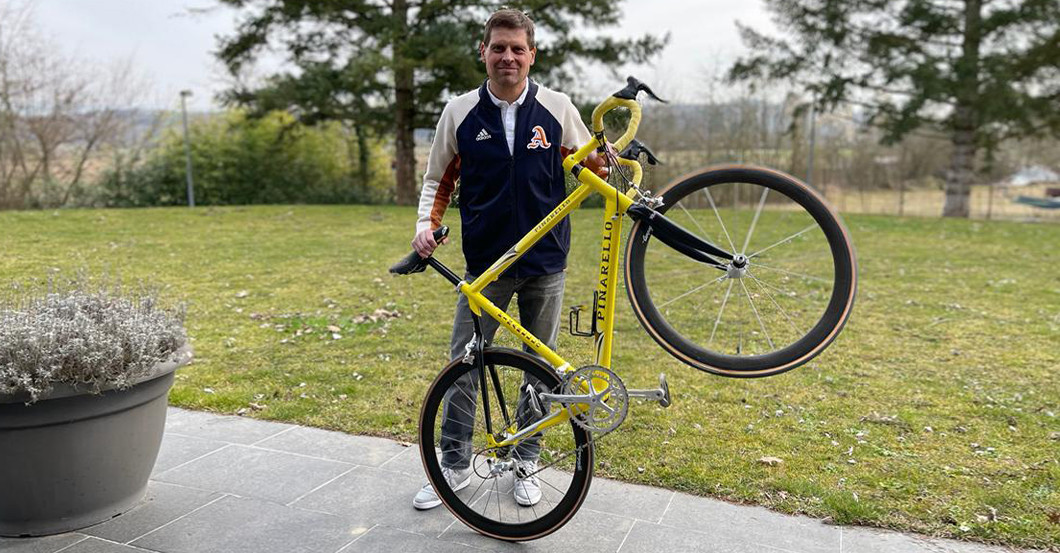 The yellow aluminum Pinarello features carbon seatstays and a Campagnolo drivetrain/wheel combo along with an autographed stem.  The auction on the United Charity site lasts until April 16 and the current high bid for the auction of Ullrich’s Pinarello currently stands at just over $25,000! 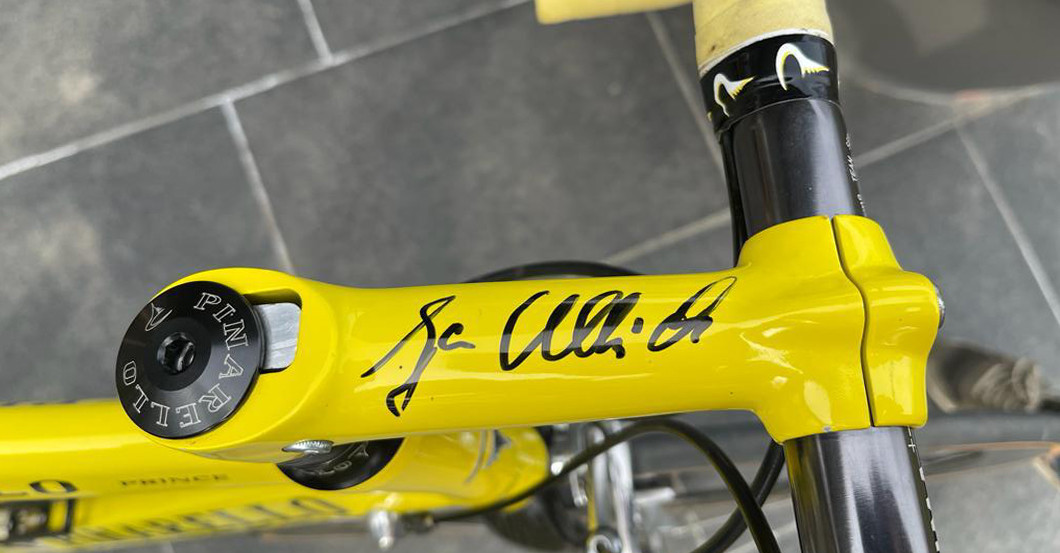