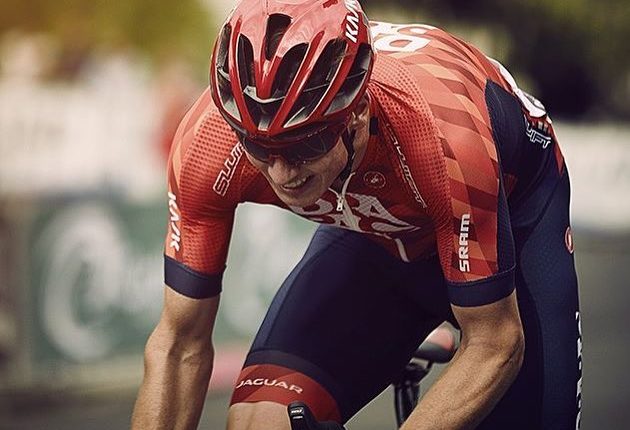 It’s with unfortunate news that we announce the death of young up and coming Australian racer Jason Lowndes. Jason was out training in Bendigo, Australia while out riding to meet someone where he was struck from behind by a 20-year old driver. Fortunately she did stop at the scene and has been cooperating with the police.

Lowndes first rose to promise on the international racing scene in 2015 with Garneau-Quebecor out of Canada where he then went to Drapac Pro Cycling in 2016. Last year he raced for the Israel Cycling Academy and signed with the British outfit JLT Condor for 2018.

Jason finished sixth in the U23 road race at the World Championships in Qatar. Jason just celebrated his 23rd birthday eight days ago. 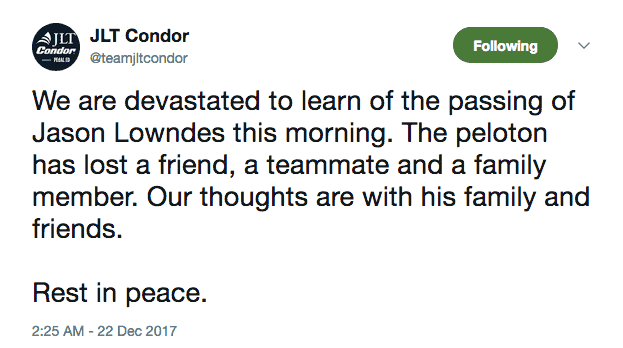 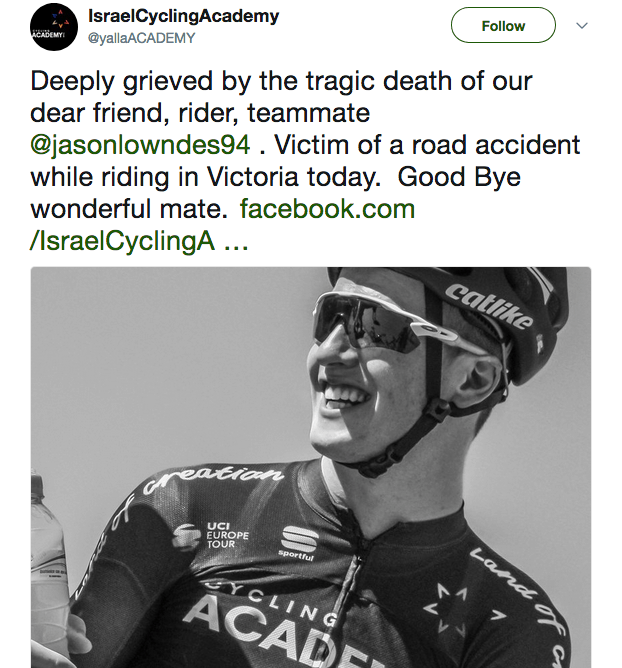 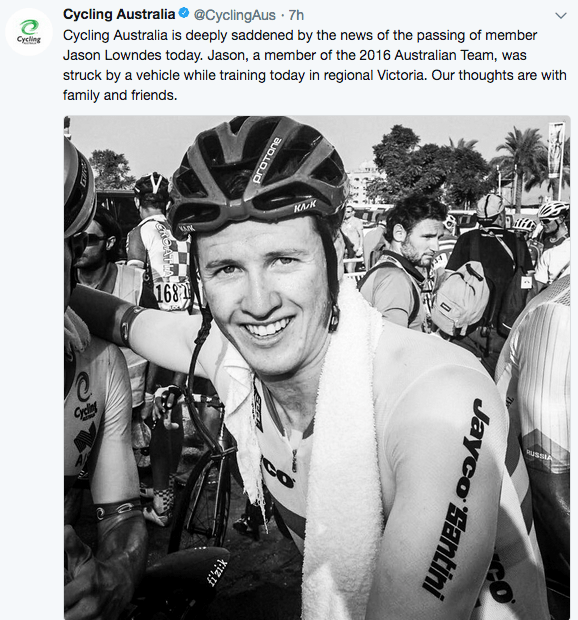 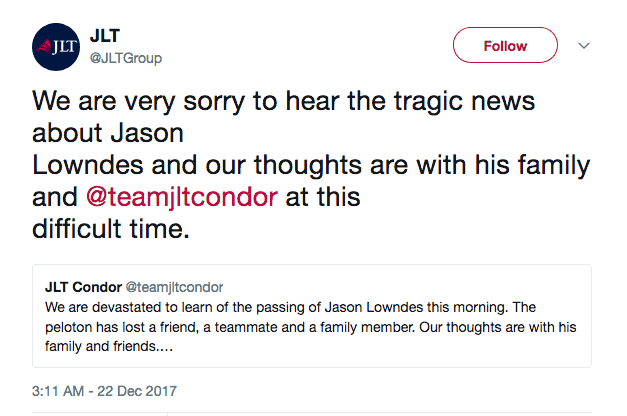 FABIO JAKOBSEN BACK TO RACING A YEAR AFTER HORRIFIC CRASH