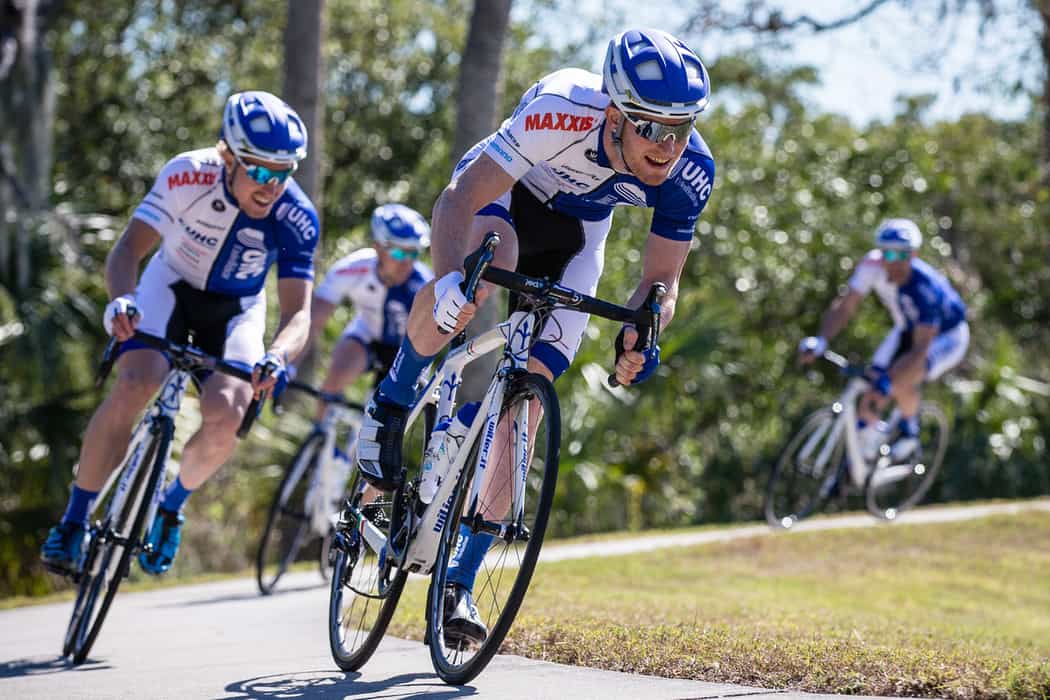 After back-to-back top-5 finishes on stages 1 and 2, John Murphy sprinted to an impressive victory in an exciting final dash to the line on the 3rd stage of the 2016 Le Tour de Langkawi. Outclassing all those around him, Murphy accelerated away from the bunch at the end of the race, crossing the line with arms raised and a huge smile of satisfaction on his face. Murphy was elated with his win, and praised the hard work of his teammates, “The UnitedHealthcare Pro Cycling Team boys rode an awesome race, keeping me protected all day. In the final kilometers, I was perfectly placed into the final corner. Great work by the team and especially Tanner Putt starting the lead out. I love winning with these guys!”

The UnitedHealthcare Team rode a tactically perfect race, earning praise from their competitors for the strength with which they brought Murphy to the line. While the sprint trains of the other teams, including Astana and Tinkoff, stayed in the center of the road in the finishing straight, the UnitedHealthcare Blue Train moved to the far right of the road, protecting themselves from the wind blowing across the peloton. This simple tactical move gave Murphy a clear shot at the line, unobstructed by competitors.

Murphy’s win follows a string of strong performances for the Asheville-based sprinter. Just missing the podium on stage 1, Murphy came in fourth behind race favorite Andrea Guardini of Astana. Once again on Stage 2, Murphy was close to the victory on the sprint into Georgetown, showing he was on form and hungry for the win. With his team backing him, the goal of stage 3 was to take no chances and show the field that the UnitedHealthcare Pro Cycling Team was strong enough to take the win.

The 107-km stage 3 was earmarked for the sprinters. Its short distance and mostly flat parcours was unchallenging for the pack, and the lead teams let a break move away from the peloton early. After gaining a lead of just over three minutes, the sprint teams, including the UnitedHealthcare Pro Cycling Team, then began to pick up the pace. The escapees were brought back with ease, and the energy in the pack increased in anticipation of the finale.

Utah-based Tanner Putt initiated the UnitedHealthcare Blue Train that would lead Murphy to the line, and made the critical decision to take the far right line at the finish. This key move gave Murphy the advantage he needed, and he didn’t disappoint. While the previous sprints in the race have been close calls, there was no doubt of Murphy’s win today as he sailed across the line with nearly a bike-length advantage on his rivals.

Hendrik Redant, Sporting Director, was confident that Murphy had a stage win in him, and was happy to see the team put together a confident ride to deliver on stage 3, “The boys knew what they needed to do to get across the line first, and they proved to themselves and the other teams that they can win here. I’m happy that the team is riding so strongly together, and we are looking forward to the coming day’s of racing”