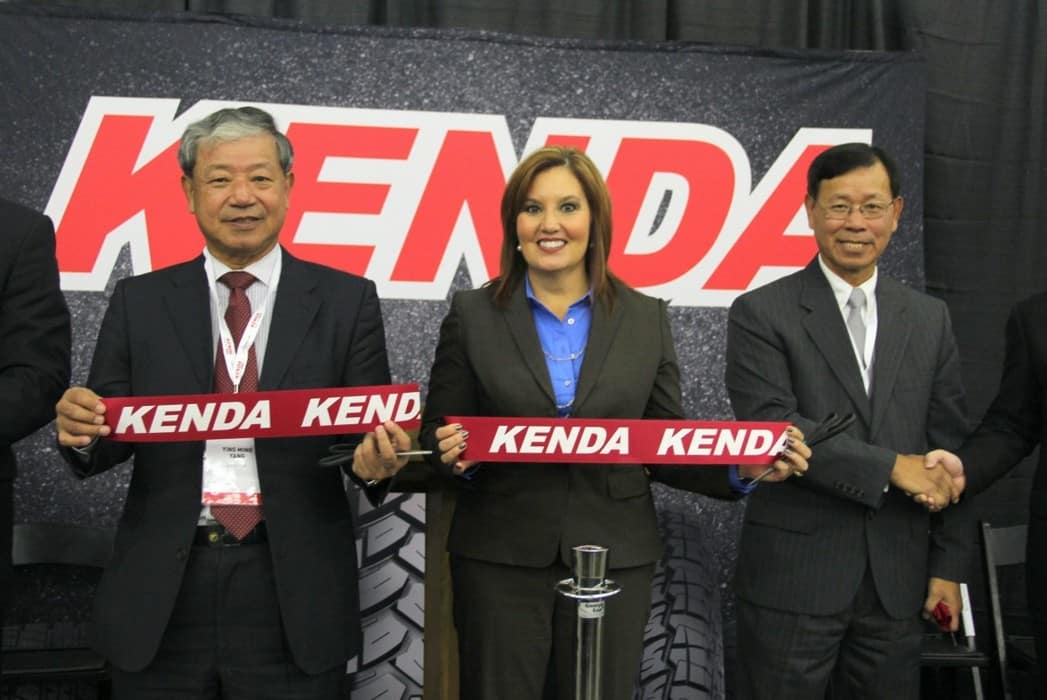 The building located on Mayfair Road has combined total space of 50,000 sq. ft., which will be used for engineering offices, laboratories and space for significant developmental and testing equipment. This will position Kenda for future product development in North America, for both the original equipment and replacement automotive tire market segments. The Technical Center is managed by Tom Williams, Vice President of Engineering, and currently employs 20 engineers with plans to double the number in the near future. The new Technical Center is Kenda’s 3rd such facility, complementing its Asian centers located in Yuanlin, Taiwan and Kunshan, China.

Current and future planned personnel additions to the Technical Center, will continue to build upon and reinforce Kenda’s aggressive plans, to grow its relationship with automotive OEMs. Kenda currently supplies spare tires to several major automotive manufacturers in North America, and is working to expand these relationships and to build others, to include the supply of original equipment tires. “Kenda is currently ranked 28th in the global tire manufacturing, “said Jimmy Yang, Vice Chairman of Kenda and President of Kenda America. “Locating this facility in an area focused on innovation, with world class polymer, research and design engineering, will provide Kenda with the resources to accelerate our growth with new product development for the North American market.” He continued. “To strengthen and grow the OEM and aftermarket businesses, it is important that we improve our technical ability so that all tires for the sale in North American market will be designed by the North American technical team who has an understanding of the local needs.”

There were over 125 attendees in the audience during the formal ceremonies. All of the guest speakers expressed excitement and respect for the growing partnership with Kenda in the Americas. Lt. Governor Taylor told the audience that the State of Ohio looked forward to growing engineering jobs with Kenda in addition to helping Kenda America become the #1 subsidiary in Kenda global sales. Director General Ho expressed that he was proud of Kenda’s growth and looked forward to working with the company as it expanded in the future. After the ribbon cutting, there was also a short ceremony dedicating a tree for the center and a short reception with a cake cutting.

The Engineering team and the resources at this facility will be engaged to further innovate/develop and expand Kenda’s presence in other market segments it currently services, including the lawn and garden , ATV and UTV, golf cart, trailer, and the bicycle markets. Kenda’s decision to invest in and locate the Technical Center in Green, was made possible by support  and encouragement from the State of Ohio and the City of Green. Ying Ming Yang, Kenda Chairman concluded, “As our U.S. headquarters has been located in Ohio since 1980, our relationships with the state and regional governments were critical to provide this opportunity. We want to thank all of those individuals for helping us to add jobs and grow our business.”