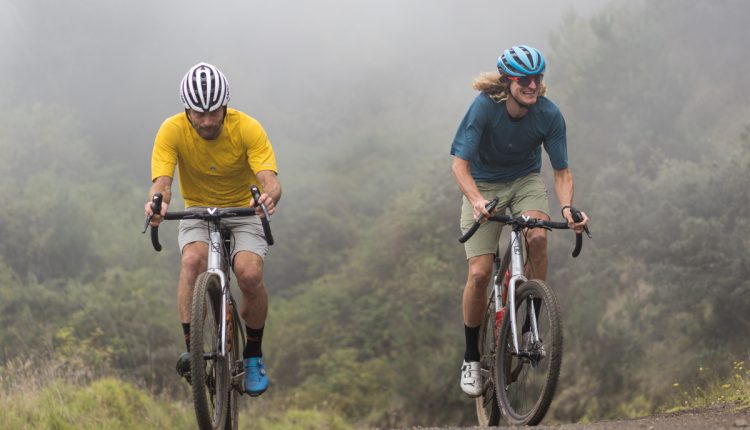 Barry Wicks and Erik Tonkin go back. Way back. When Barry was just a gangly curly-haired scrub new to the cyclocross scene, he would watch the raw power displayed by Erik Tonkin at races. He studied his moves and tactics. They raced; Erik won. But eventually, the student became the competitor, and eventually, Barry carved out his own niche in the racing world. Beyond that, Barry became known as someone who sought out those rides that make the rest of us purse our lips and shake our heads. Barry craved the challenges. 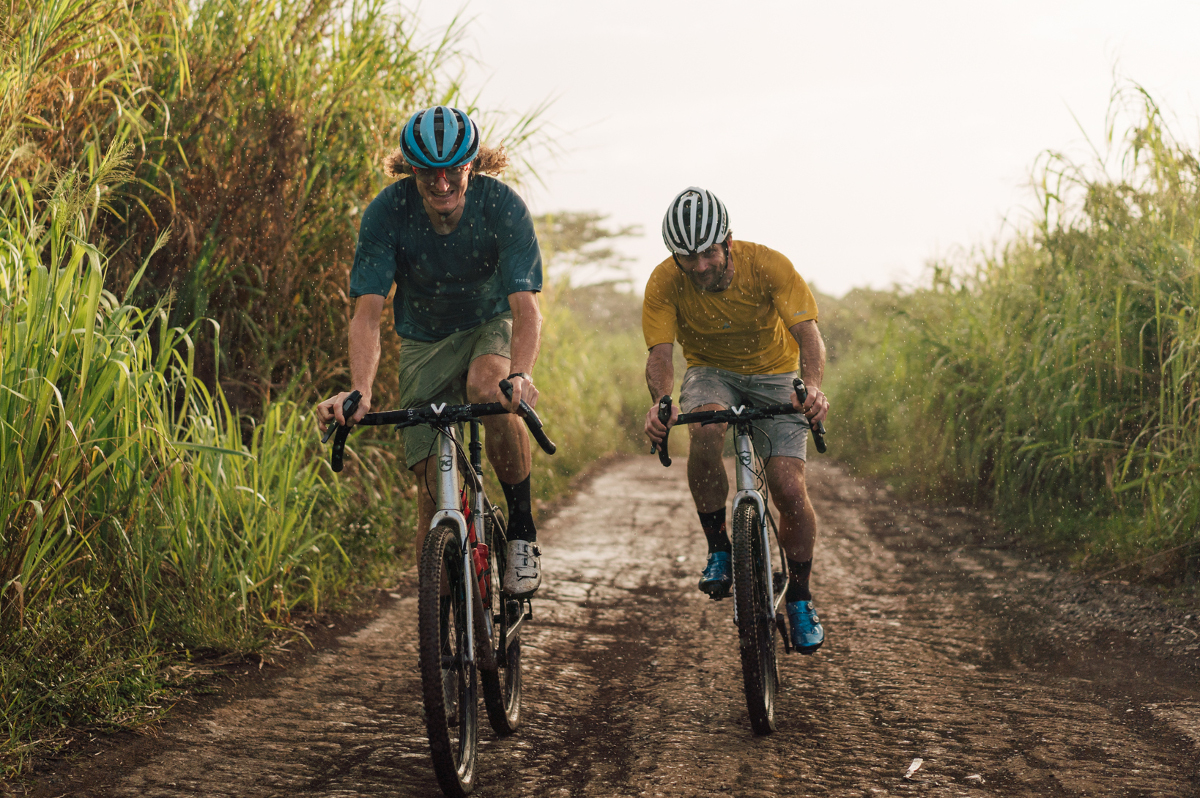 Erik’s racing career has taken a back seat to his main job of owning and running Sellwood Cycles out of
Portland, OR. He also manages a very successful CX Team, Team S&M Cyclocross, which features this year’s elite women’s US national champion, Clara Honsinger. Barry still dabbles in races, but as the manager for Kona’s adventure team, his focus has shifted to figuring out what harebrained adventures he can convince his friends to join him on.

When Barry had the idea to couple two of Maui’s iconic mega rides into one, he knew just the right person to call. Tonkin. They plotted the time and energy it would take to ride Maui’s ultra-winding West Maui Loop with a ride that we’re not convinced anyone else has done before: the backside of Haleakala via its steep, rutted, and burly gravel road. The West Maui Loop is a gorgeous ride with sweeping views of the northwest surf breaks and the island of Moloka’i. Its 58 miles climb over 4,000 feet, many through crazy tight switchbacks and overgrown forest tendrils dripping down to the pavement below. 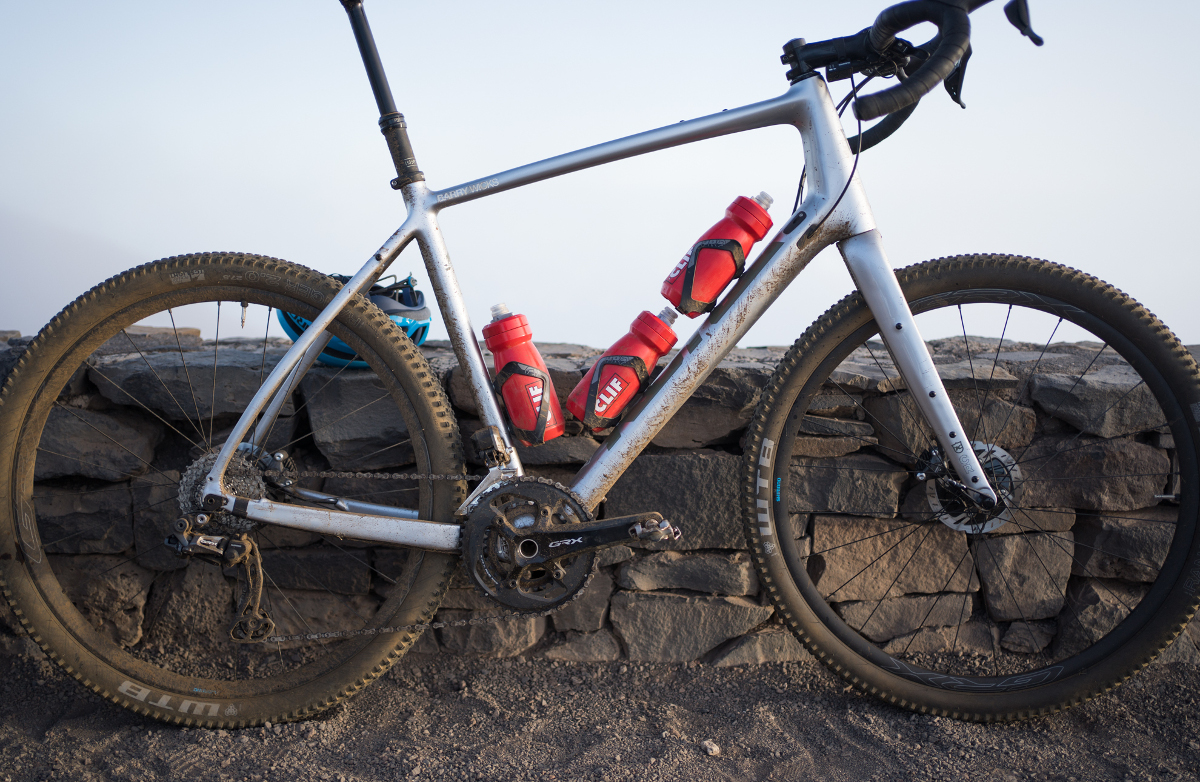 Haleakala is another beast entirely. While riding to the summit from the ocean isn’t uncommon, everyone that we’ve ever known has done it via the main paved road. It’s a burly 10,000-foot climb that crushes your legs and your lungs. Not satisfied with doing the usual, Barry and Erik decided to create their own torture fest. Barry mapped out a forgotten road on the backside of the volcano that consisted of dirt, gravel, mud and a whole lot of pain. Why take the “easy” route when you can choose the punishing one instead? The reward is always greater.

En route the duo found ribbons of luscious Maui dirt weaving through trees. There were some jumps, a bunch of skids, and without a doubt, some heavy drifting through the corners. After all, they were on  Kona Libre DLs, the quintessential badass bike for the mega days on or off-road. This year the Libre DL comes with Shimano’s new gravel focused GRX groupset. The gear is designed specifically for ass-kicking rides, so Barry and Erik were excited to put the bikes through the paces.
The results are breathtaking. 109 miles, 16,000 feet, and 9 hours later they reached the dreamy summit of one of the world’s tallest mountains. Everest can eat its heart out. From its base deep in the Pacific Ocean to the tippy top of the island, Haleakala rises an incredible 30,000 feet. There’s something truly special about starting at sea level and riding the entire day, ascending through over a dozen microclimates and into the clouds with one of your oldest friends and mentors. As the old Hawaiian proverb says, “Kulia i ka nu’u”, or “strive to reach the highest point.” 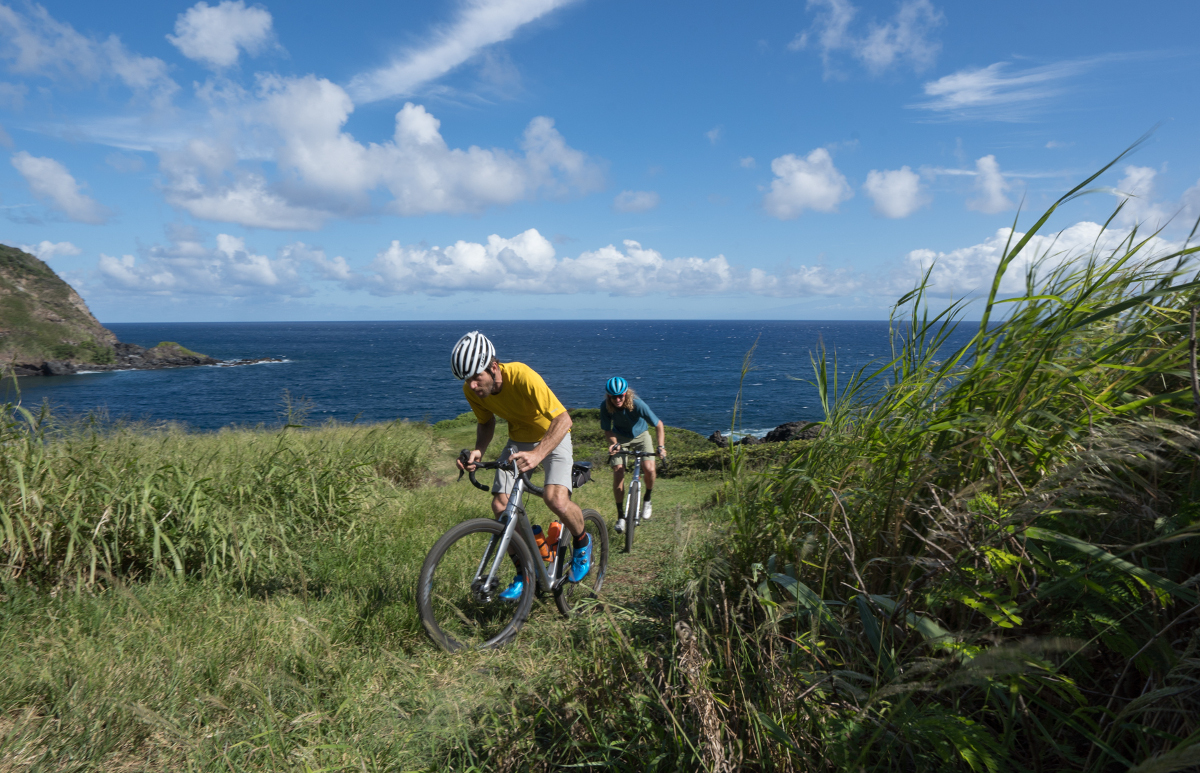