Michal Kwiatkowski signed a new three-year contract with Team Sky after his key role in Chris Froome’s Tour de France win last month. Kwiatkowski was labelled as Sky’s game changer in France by team principal Dave Brailsford after the Pole excelled himself in the mountains to help Froome to a fourth Tour crown.

It was part of an impressive year for the 27-year-old, who has won one-day races in the Strade-Bianche, Milan-San Remo and Clasica San Sebastian. “I’ve had great support from the team for the past two seasons – both last year, when I had a really difficult season, and this year, which has been great,” he said. “I’ve only been here for one and a half years, but it feels like far longer. That’s what I need – to feel supported, like part of a family, otherwise it can be difficult. “I truly believe I can win lots more races in the future here.”

Froome welcomed Kwiatkowski’s deal, saying: “Kwiato has had a brilliant year. “He’s obviously had some great wins himself, but to me his performance in the Tour de France epitomized everything about him and what he brings to Team Sky. “As a rider he is just so versatile and selfless.” 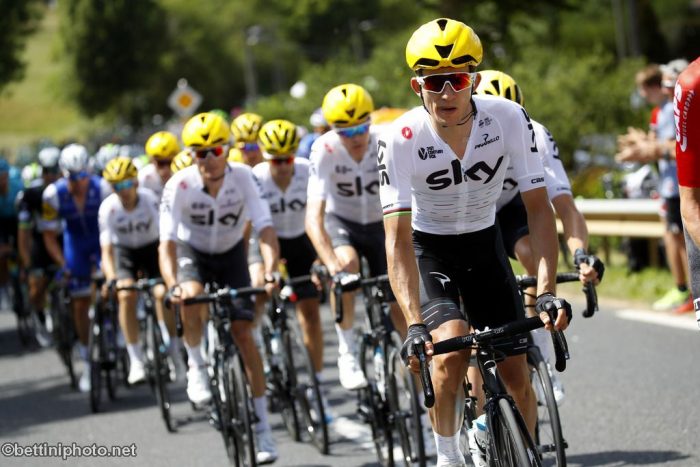