Norway’s Odd Christian Eiking took the overall lead in the Vuelta a Espana on Tuesday after a mass breakaway made it home almost 12 minutes ahead of the main pack. The stage itself was won by DSM rider Michael Storer, his second victory on  this Vuelta, on a tangled day that caused a major shake up in the rankings. Eiking was not alone in coming from nowhere to jump onto the podium, as Frenchman Guillaume Martin climbed to second place at 58sec.  The new race leader recently came second in the Arctic Tour of Norway in his homeland, and has racked up top ten finishes in classics this season.

Double defending champion Primoz Roglic slipped to third at 2:17. He also suffered a scare in a fall while chasing downhill in an attempt to drop his main rivals for the overall title, but remounted and finished with seven other contenders, 11:49 behind Storer. Roglic remained upbeat after the stage.

“It was good, an active, day, and I should be alright. I just slipped.”

Enric Mas and Miguel Angel Lopez round out the top five, while Ineos rider Egan Bernal dropped further behind Roglic and is 4:46 off the lead. 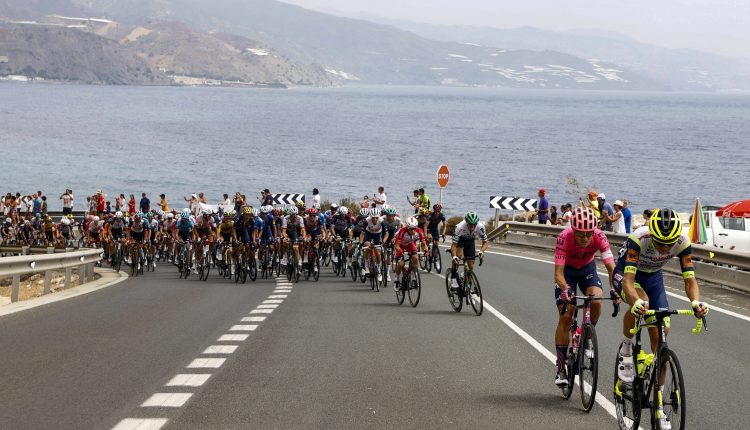 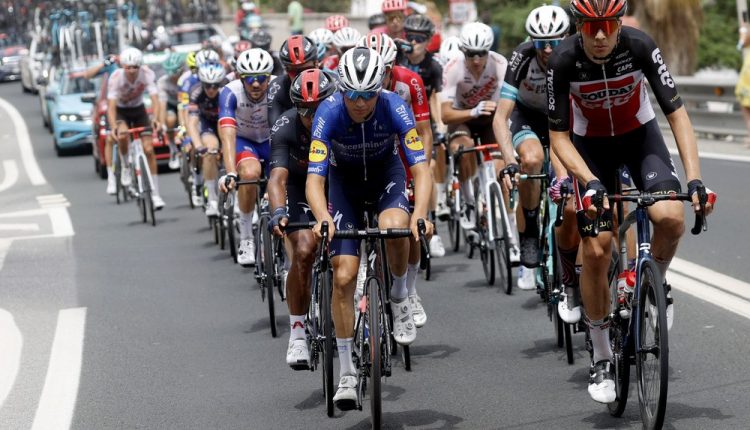 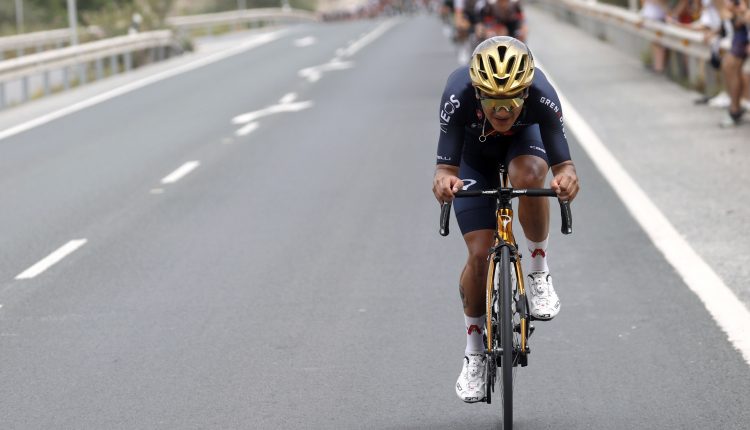 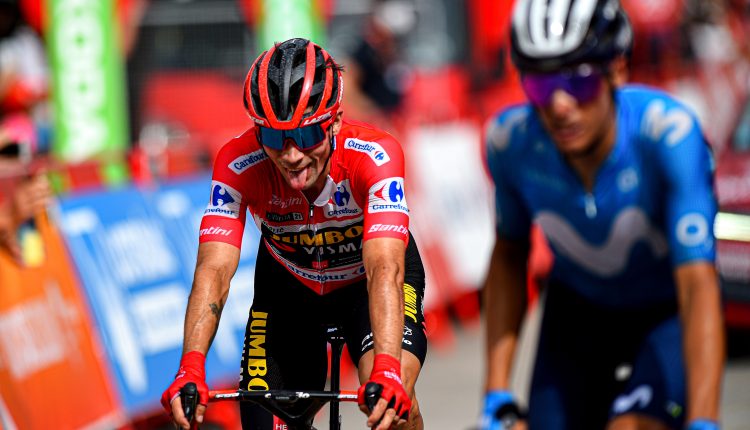 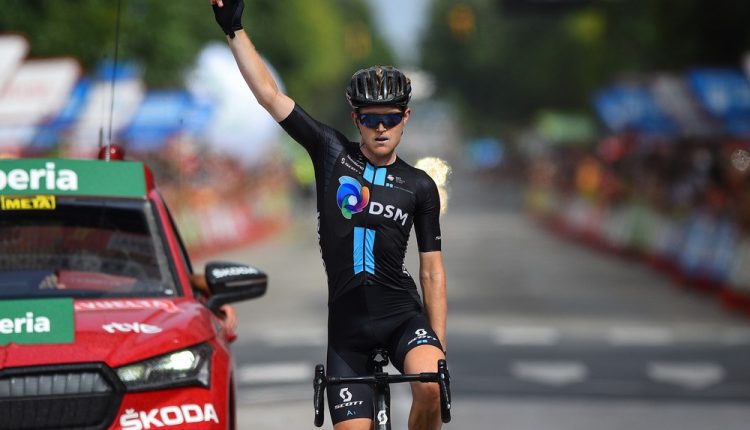 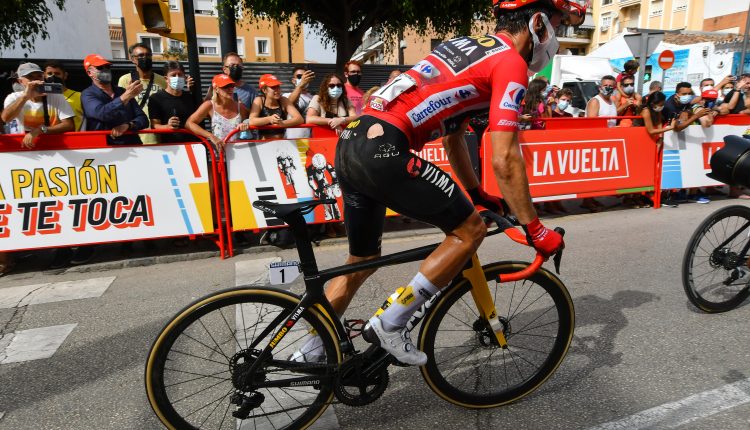 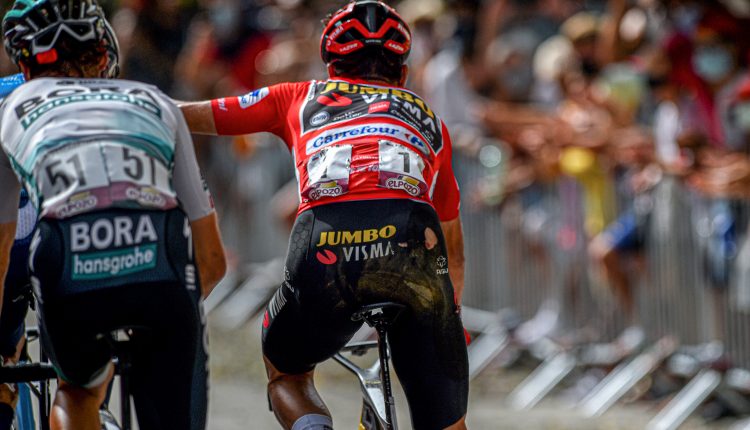 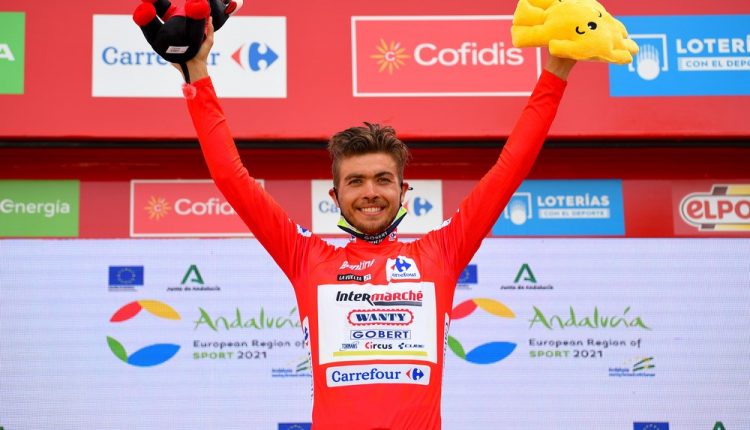 The Rain in Spain

The stage itself was largely flat but with a second category climb just before the finish. The peloton left Roquetas de Mar under low grey skies and slight rain, unusual for the Costa del Sol that has suffered several years of drought. After 50 miles, an unusually large breakaway group formed and swiftly stretched out a huge lead that the chasing pack would have struggled to close even if they wanted to due to the sheer number of riders up ahead. Australian Storer broke away from the escape group on the final climb to solo over the finish line at Rincon de la Victoria in a carbon copy of his triumph on stage 7.

“I dreamt of one stage win at this Vuelta and now I have two after 10 day days. It’s really unbelievable,” said Storer.

“It’s even more unbelievable than the last time.”

Nicknamed “Storer the Destroyer”, the 24-year-old from Perth arrived at the finish line 22 seconds ahead of the chasers.