Defending Vuelta champion Primoz Roglic made a statement of intent Wednesday when he hunted down Magnus Cort Neilsen’s desperate long range escape for a stage 11 win that went down to the wire. Having fallen on Tuesday, Jumbo-Visma’s Roglic, instead of struggling, gained a few seconds on key rivals, Movistar pair Enric Mas and Miguel Angel Lopez. They made up the podium while Odd Christian Eiking held on to the overall lead, just clinging on over the last climb.

“It feels like you can imagine, it feels really, really nice,” said Eiking, who is 58sec ahead of Guillaume Martin and 1:56 ahead of Roglic in the overall rankings. This was also the Slovenian Roglic’s second stage win on the 2021 Vuelta after the Olympic champion took the opening day time-trial by storm. Cort Neilsen had already won stage six and looked set for a victory here too after crossing the highest peak of the day 45 seconds ahead, but the EF Nippo man was caught an agonizing 200m from the packed village center finish line. 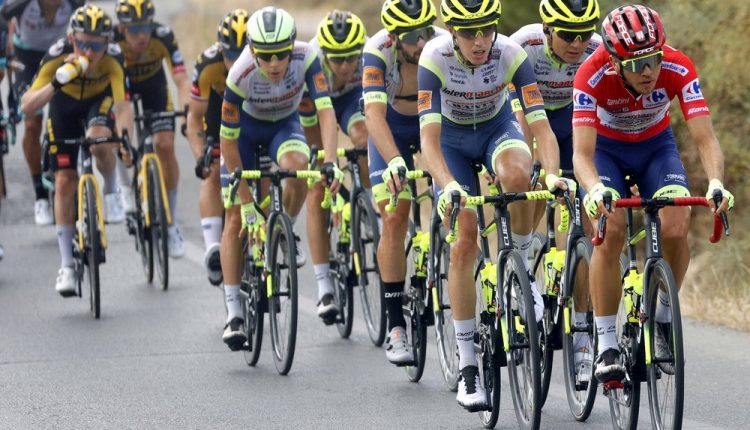 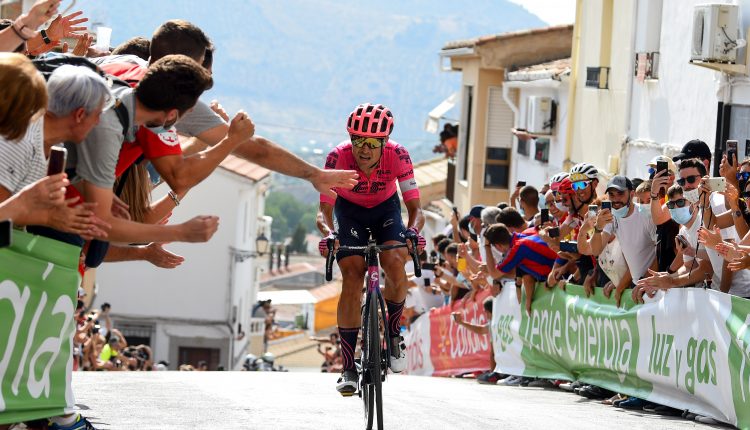 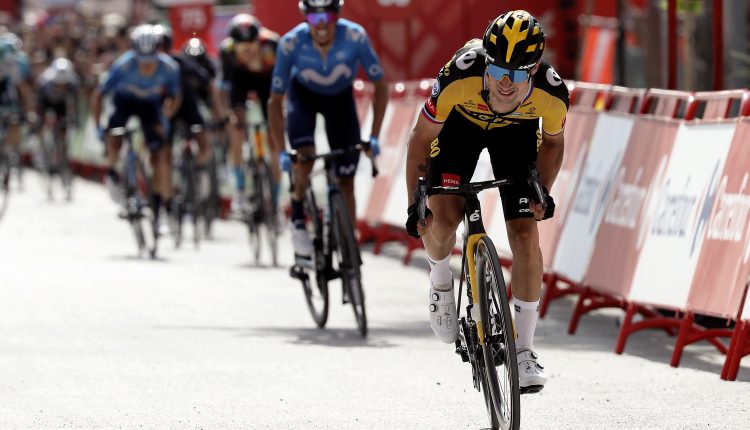 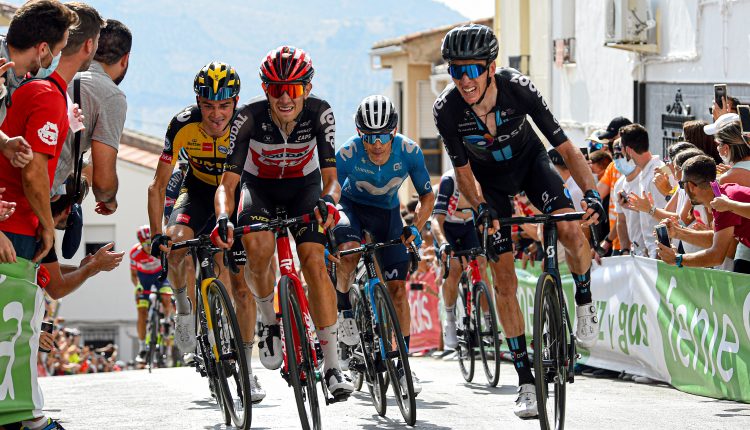 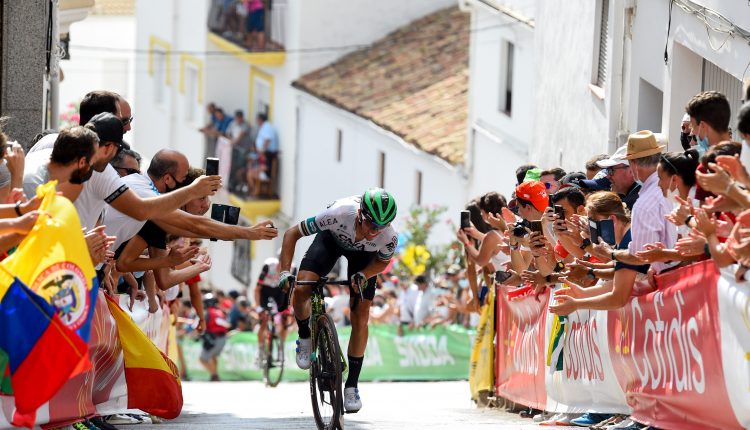 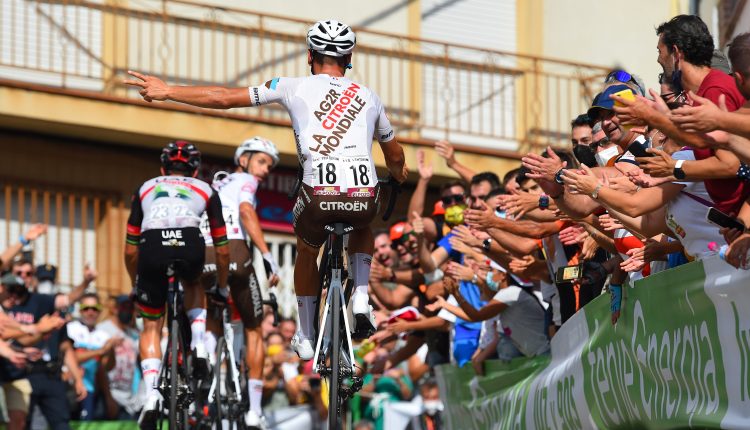 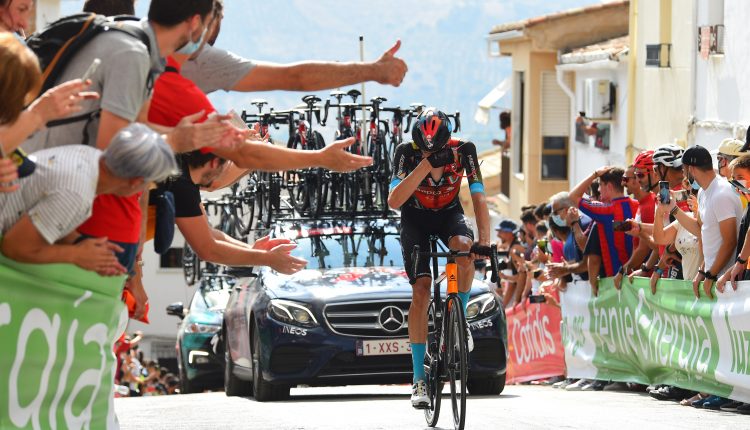 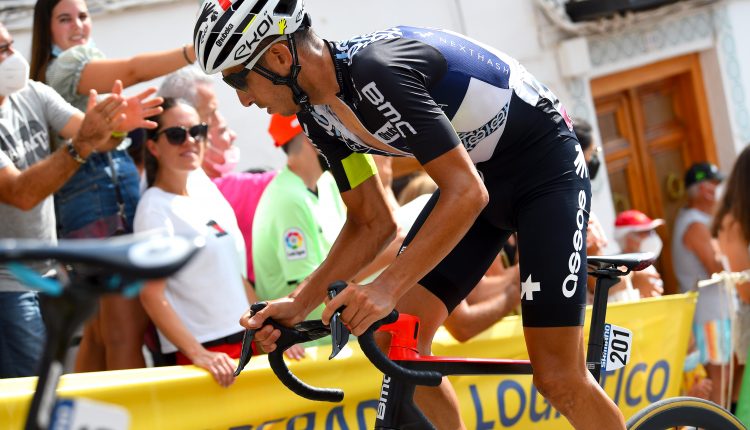 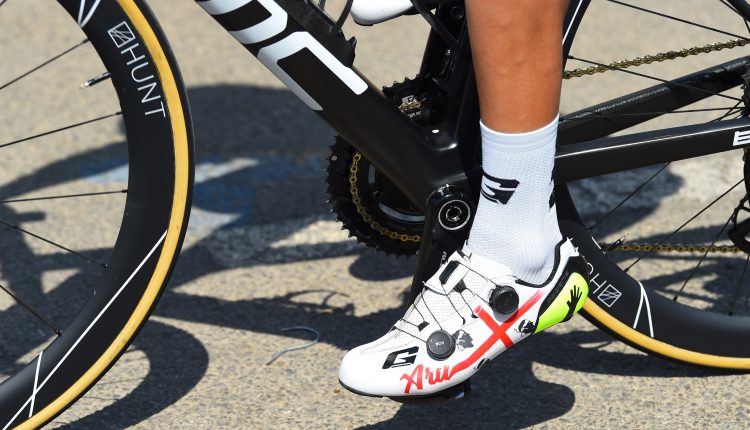 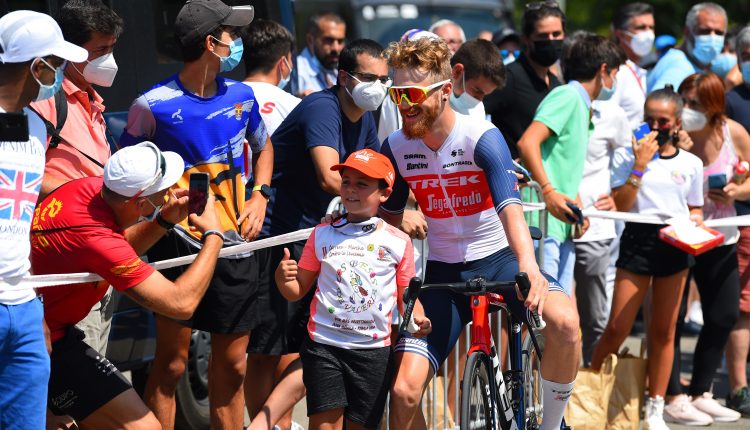 Thanks to an earlier mountain stage win, Damiano Caruso of Bahrain Victorious is in the leading climber in the polka dot jersey after crossing the only summit in second.

Thursday’s run from Jaen to Cordoba is a flat stage for the sprinters with Fabio Jakobsen in the green jersey. His closest rival Alpecin’s Jasper Philipsen pulled out Wednesday complaining of a fever.

⏯2nd victory for @rogla in the explosive finish of the 11th stage, where @MagnusCort almost surprised again. The 1' summary.@gorouvy pic.twitter.com/nWsaNoVeN9