Romain Bardet won the mountainous 14th stage of the Vuelta a Espana and also grabbed the lead in the climbing
classification on Saturday. The Frenchman, who rides for DSM, was part of a group of 18 riders that escaped early on the 103 mile stage and built a huge lead by the start of the final climb. He shook off the remnants of the breakaway for his first Vuelta stage win and only his second career win outside France, following the Tour of Burgos, also in Spain, earlier this month. It was also his first grand tour stage win in four years.

“It’s been a long wait, it’s true. I’ve been second several times since then,” said Bardet at the finish.

In the main pack, Norwegian Odd Christian Eiking responded to attacks from his main rivals on the final climb to come in 10:49 behind Bardet, and retain the overall lead, although he conceded a few seconds to reigning champion Primoz Roglic.

Bardet, who twice finished on the podium in the Tour de France early in his career, was caught in the huge crash in stage five which knocked him out of contention for the overall victory. He was part of the group that went 8km into the stage and grabbed the lead in the King of the Mountains classification when he was first over the first two peaks of the day. 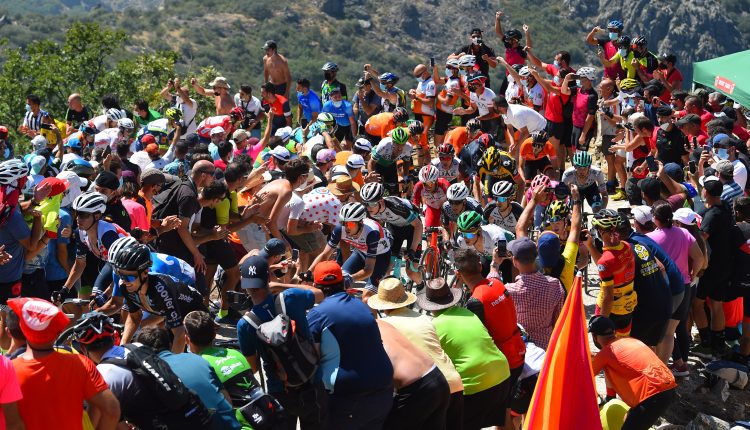 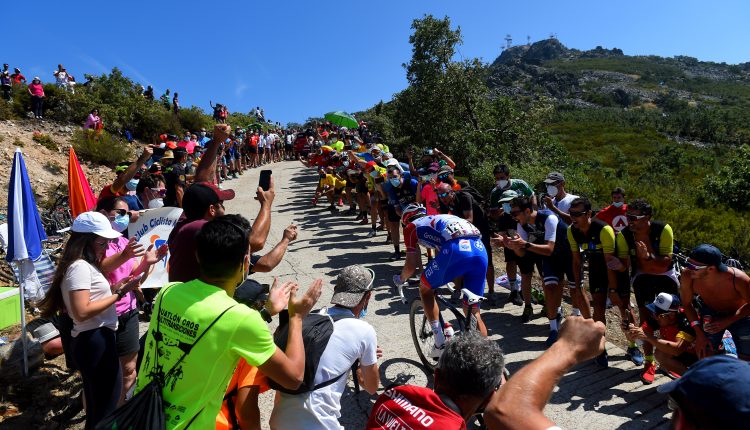 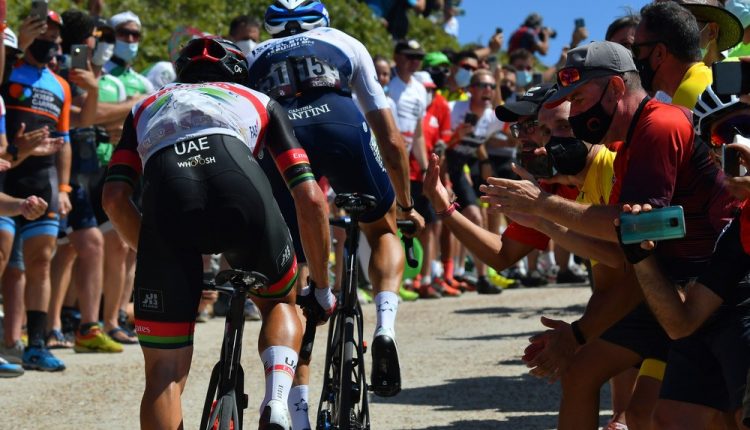 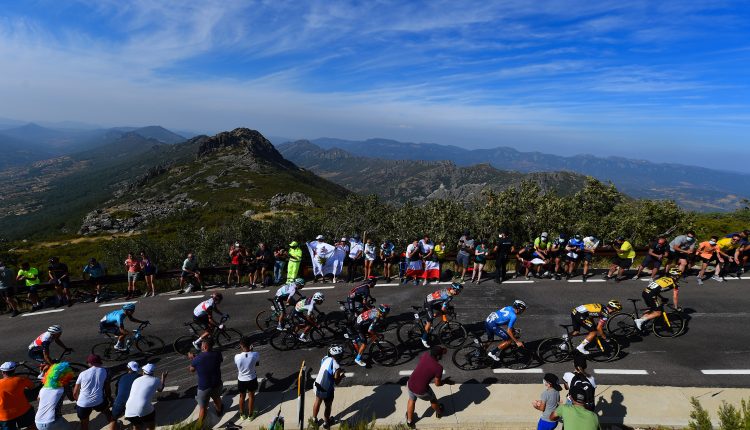 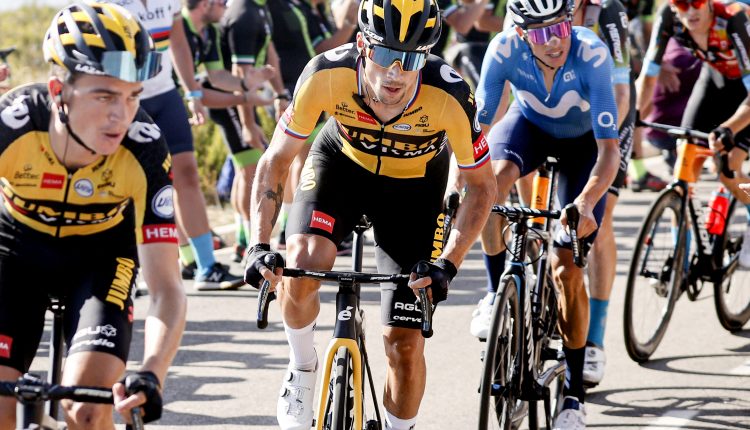 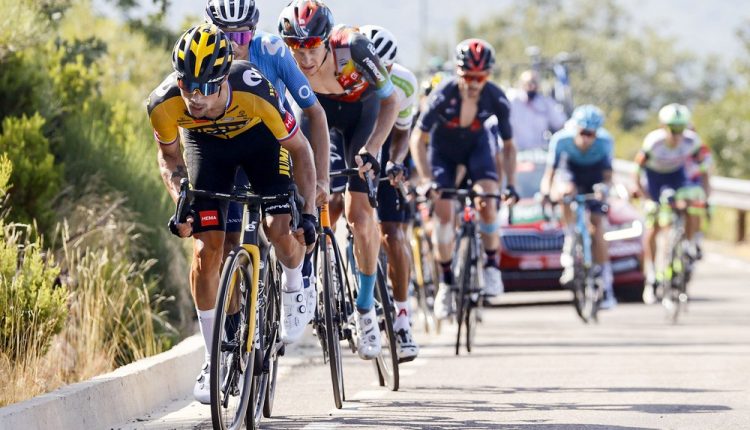 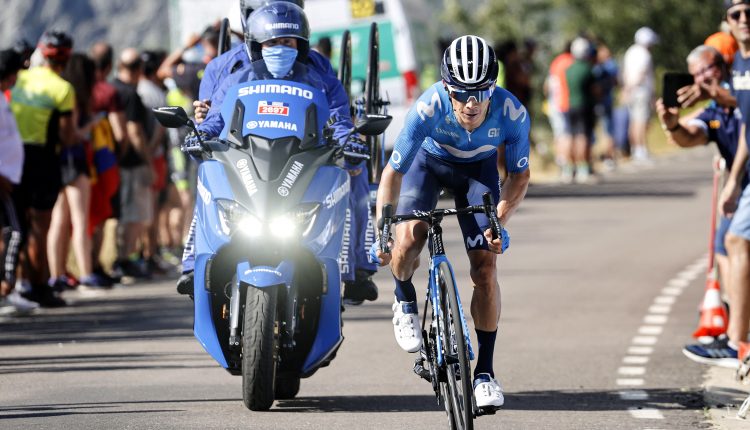 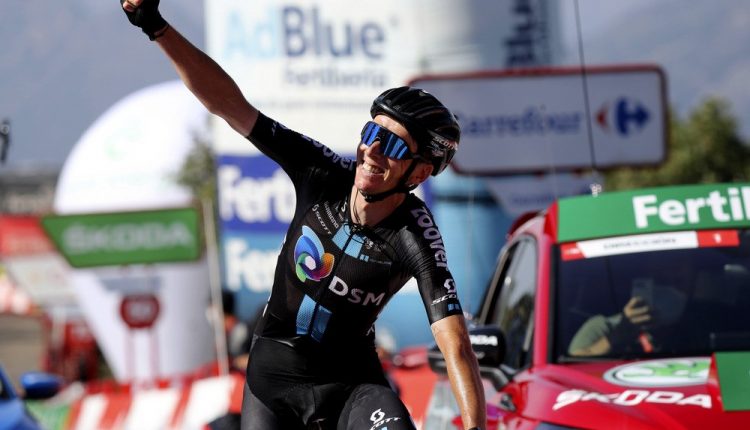 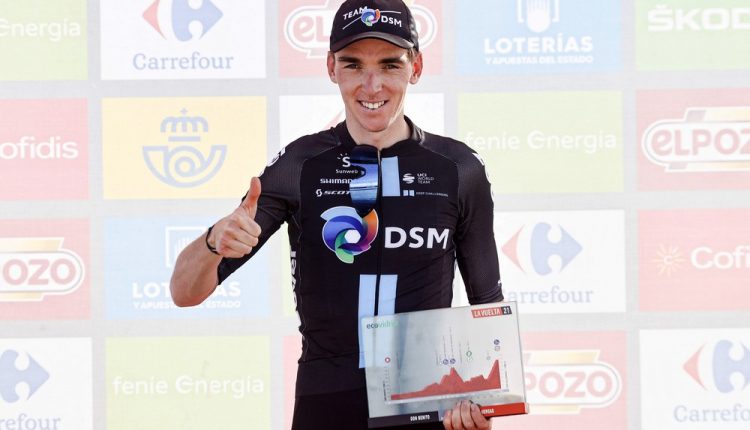 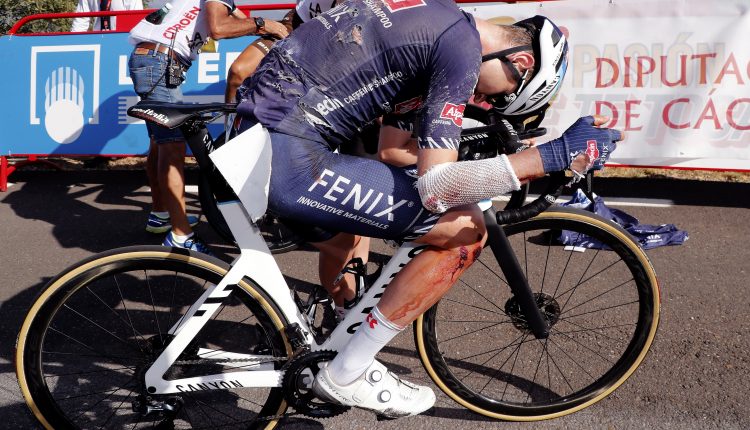 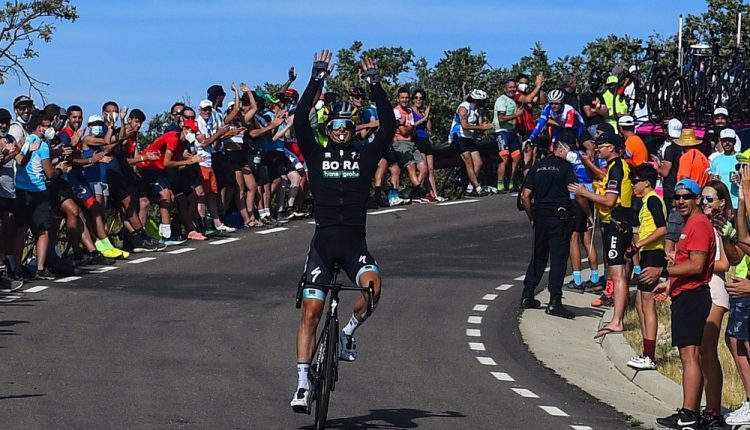 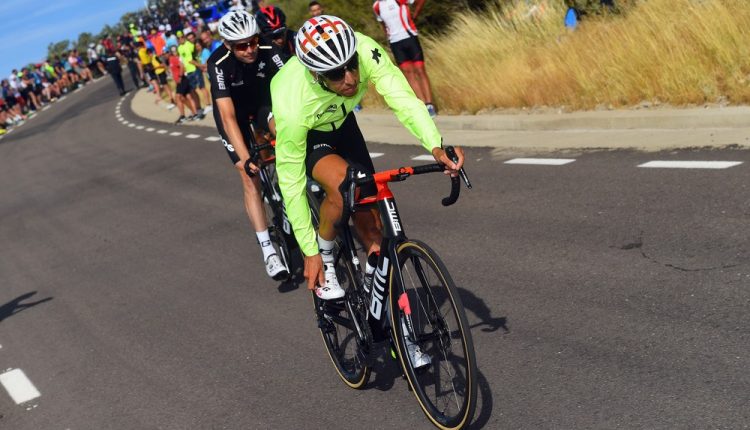 “After that, I knew that even if I didn’t win, I had the polka dot jersey, so I bet on the stage win, and it worked out well,” said Bardet.

The breakaway led by 14 minutes at the foot of the last climb, but was broken up by crashes, punctures and attacks. Bardet remained cool as compatriot Nicolas Prodhomme and then two pursuers escaped.

“I had a feeling no one really wanted to commit in this breakaway,” Bardet said.

“So I had really a hard time to catch the men in front. We really played it smart with my team director who told me exactly when I had to attack on the steepest (part of the climb). I just committed.”

Bardet said that he had recovered from his earlier crash.

Bardet was followed home 44 seconds later by Spaniard Jesus Herrera of Cofidis and Australian Jay Vine of Alpecin, his shirt in tatters after a nasty fall earlier in the stage. Briton Tom Pidcock of Ineos, the Olympic mountain bike champion, finished fourth, another 28 seconds back. Down the mountain, Frenchman Guillaume Martin, who is second overall, and a Cofidis team-mate tried to shake off Eiking. The Norwegian was able to match that move.

“Martin tried to attack but I knew it was a lot of headwind so I gambled to stay on the wheel and it worked out,” said the Intermarche-Wanty-Gobert rider.

Eiking could not quite keep up with a late attack from Slovenian Roglic of Jumbo Visma who pinched 16 seconds at the end.

Eiking remained 54 seconds ahead of Martin with Roglic closing to 1:36. On Sunday, the peloton will have another tough day in the mountains, with four big climbs.