Miguel Angel Lopez climbed through the mist and drizzle to win the brutal 18th stage of the Vuelta a Espana on the Alto d’El Gamoniteiro on Thursday. On a ferocious, narrow climb where gradients reached 17 per cent, almost all the leading contenders attempted attacks, but only the Colombian, who escaped with around 3 miles to go, succeeded. Lopez lived up to his ‘Superman’ nickname as he flew up the mountain. He surged past Spaniard David de la Cruz of Team UAE Emirates, who had attacked earlier on the climb, and rolled on to cross the line alone. Lopez brought Movistar their first Grand Tour victory of the season and took his second stage in the Vuelta following a win in 2017. The 101 mile stage included four tough climbs and followed another big mountain stage the day before.

“It has been four years since I won in the Vuelta,” he said.

“To do it today in the ‘queen’ stage makes me proud.”Movistar had two riders in the top three on the day and both are in the podium places. 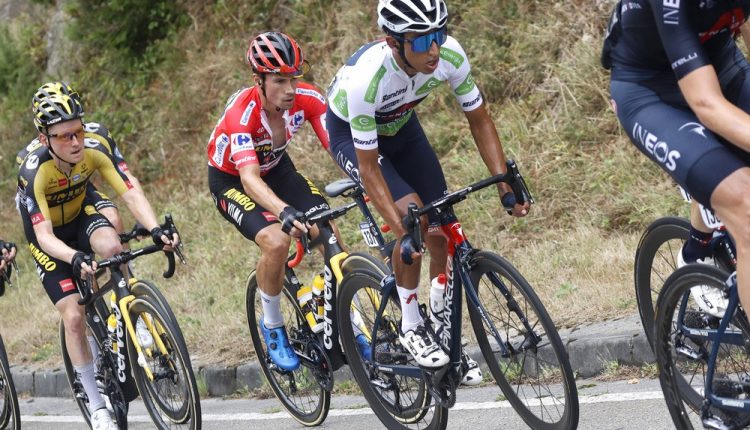 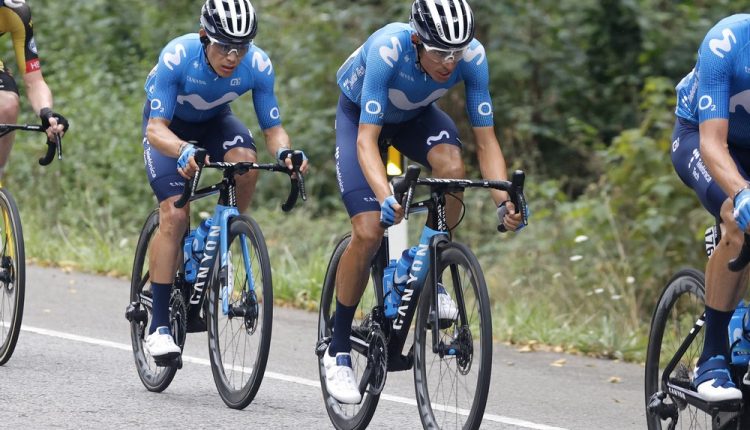 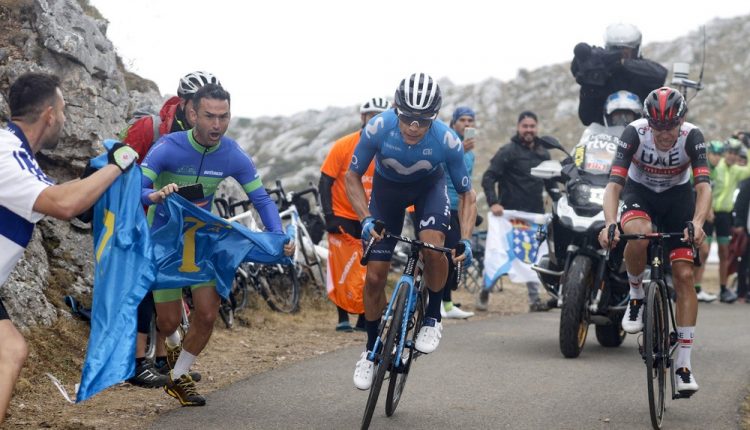 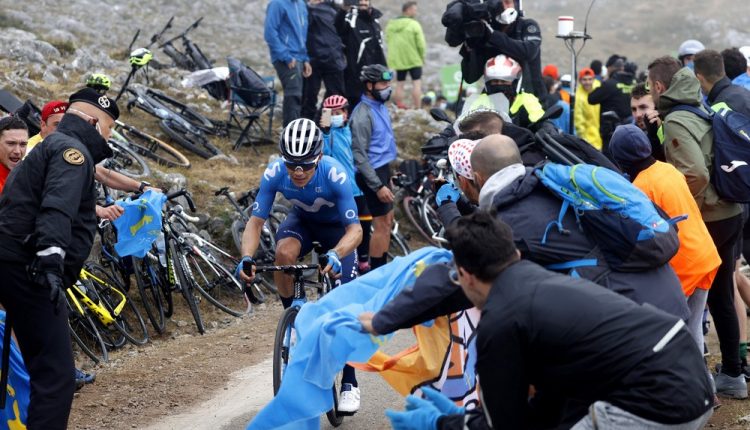 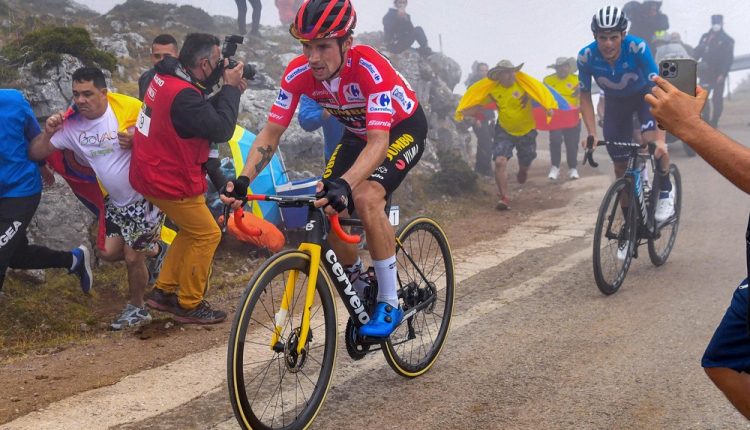 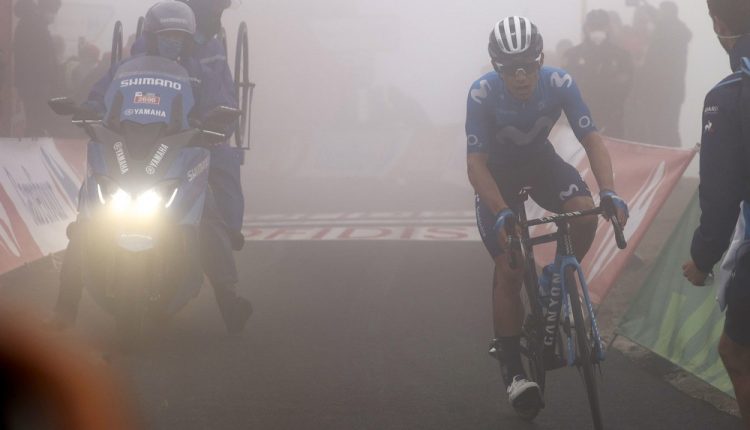 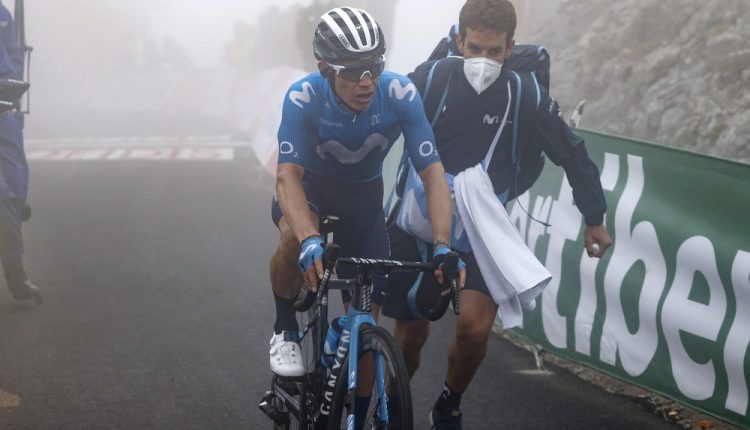 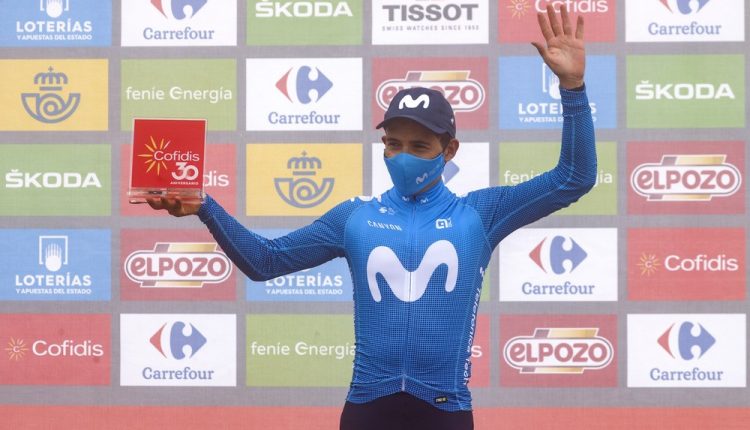 Slovenian Primoz Roglic of Jumbo-Visma led the chase but could not catch Lopez.

“On a climb like this it’s a man-to-man battle,” said Addy Engels, a Jumbo assistant team director.

“Today on this climb the strongest guy wins,” Engels said. “The final part today Lopez had stronger legs. Primoz tried to bridge but he went just a little too fast.”

Roglic was still too strong for everyone else and came second 14 seconds behind Lopez, picking up bonus seconds and edging another Movistar rider, Spaniard Enric Mas, by six seconds.

“It was a super hard day especially after yesterday’s effort,” said Roglic.

“Happy that something was left and I could climb this mountain.”

With three stages to go, Roglic leads Mas by 2:30 in the general classification with Lopez a further 23sec back.

“The second guy in GC now is a bit further down than this morning and Lopez is a little bit closer,” said Engels.

‘Maybe someone would crack’

“The final climb was brutal, super-steep and quite cold now at the top,” said Haig.

Racing was fast all day as the contenders battle for an advantage on the last day in the high mountains.

“I wanted a really hard day to see if anyone cracked,” said Haig.

“Maybe someone would crack on the final climb but everyone was super strong.”

“In my opinion we could go more easy. It was a hard day,” he said.

With two lumpy but less demanding days followed by a final time trial into the pilgrimage destination of Santiago de Compostela, Roglic is in reach of his grail of a third straight Vuelta title.

“We are all feeling the effort from the last two days and the weeks before,” he said. “But still some super-hard stages to come.”

Engels was also cautious, perhaps thinking of Roglic’s near miss in the 2020 Tour de France when he lost the lead in a time trial on the final weekend.”We’ve seen in the past what can go wrong,” Engels said.