AG2R-Citroen rider Clement Champoussin ambushed the favorites and surged to victory on the penultimate stage of the Vuelta a Espana on Saturday as Primoz Roglic extended his lead top the overall standings. Champoussin, a 23-year-old Frenchman, only turned professional a year ago, and with this first win he raised a solitary finger in celebration before thumping his chest at the finish line. Finding himself in the lead pack after taking part in an early break he attacked in the final mile, gasping for breath and straining every sinew as his companions allowed him to edge away.

“I hung on….and a little way from the finish I was lucky they looked at each other,” Champoussin said after the main contenders hesitated to follow until too late.

“It was tough, but the favorites were tired too.”

Ahead of the final-day time trial the double defending champion Roglic leads this Vuelta by a defendable 2:38 from Movistar rider Enric Mas, while Australian Jack Haig of Bahrain Victorious climbed to third almost five minutes adrift. Pacing himself patiently all the way from the seaside start at Sanxenxo, Roglic edged his key rivals at the end as he followed the winner over the line with Yates and Mas hot on his tail.

“I’m super happy with the place I finished in today and with the way it went. I was mainly looking at Yates and Mas,” the Slovenian Jumbo-Visma rider Roglic said.

Sunday’s final stage is an arduous 20.5 mile run to Santiago de Compostella. It will be a test of nerves for the easily spooked Slovenian rider despite his large lead. Cycling history is littered with last-day tales of woe, not least his own. Roglic is the Olympic time-trial champion, but famously lost a major lead a time-trial on the final weekend of the 2020 Tour de France.

“I’m looking forward to tomorrow. We’ve been waiting for this and finally here we are,” said Roglic, who could win his fourth stage of this Vuelta Sunday and his third straight Vuelta a Espana. With five short but hard mountain passes on a tough stage in Galicia on Saturday, South African Ryan Gibbons had a gut-wrenching afternoon as his long-range solo escape wilted with less than 1.5 miles to go. 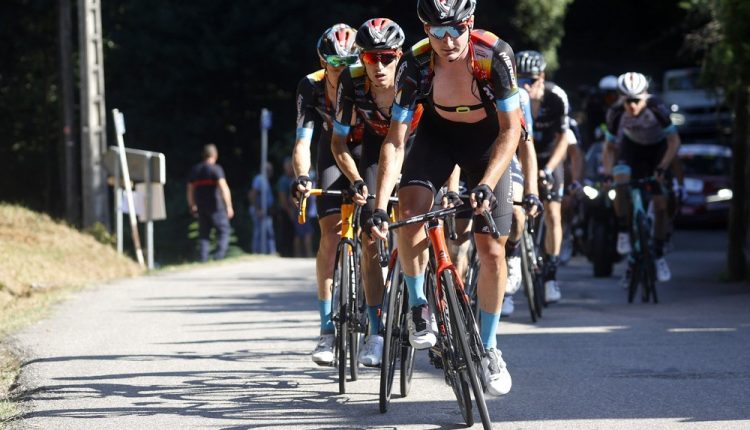 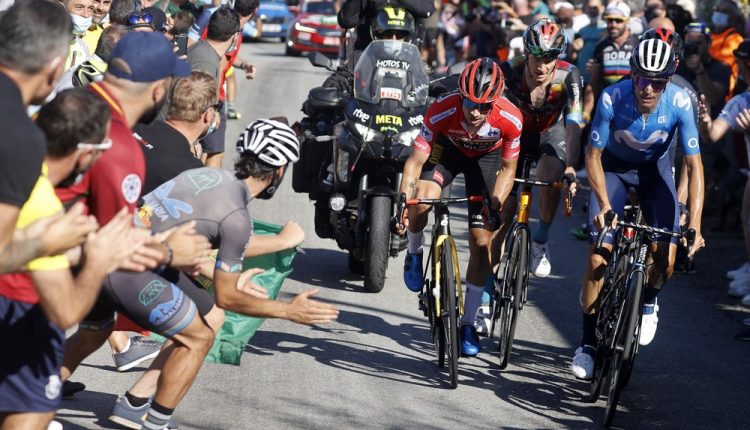 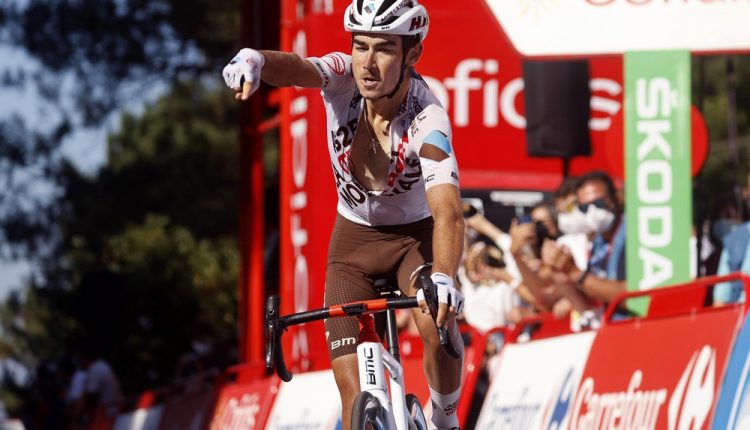 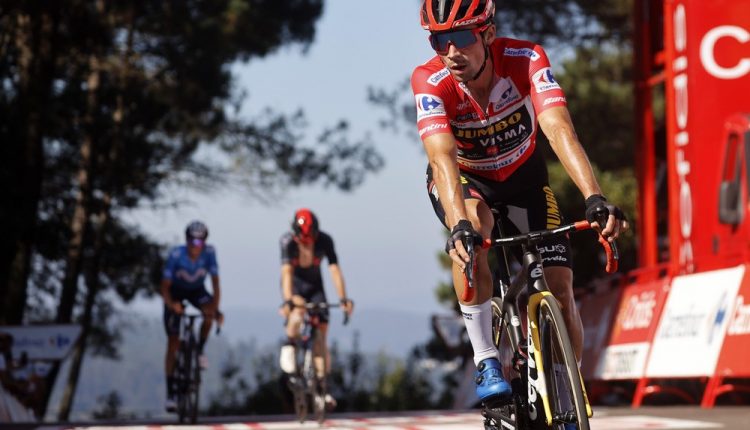 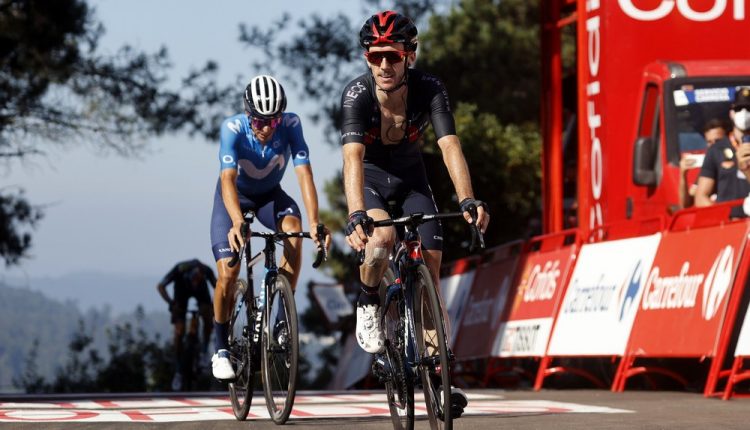 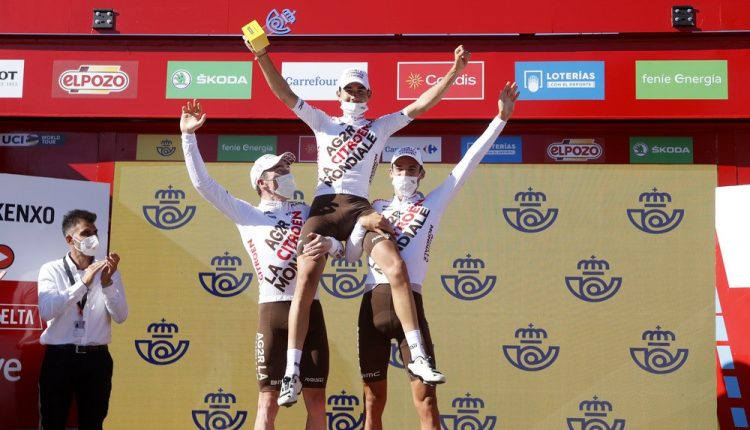 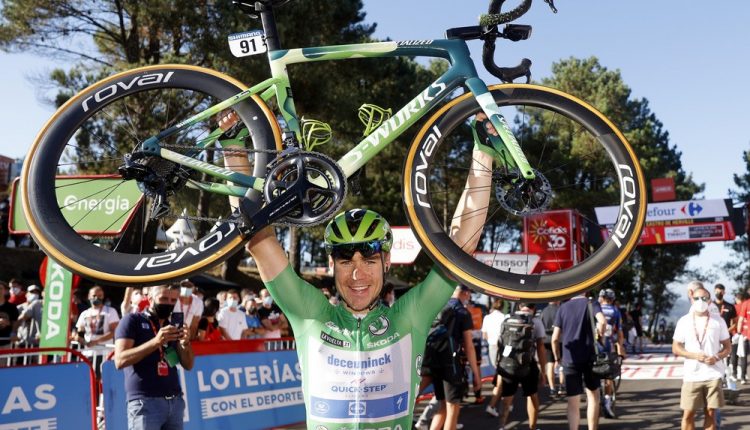 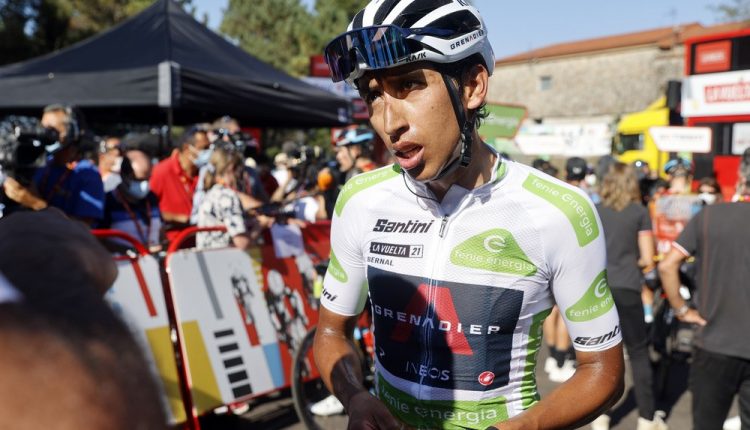 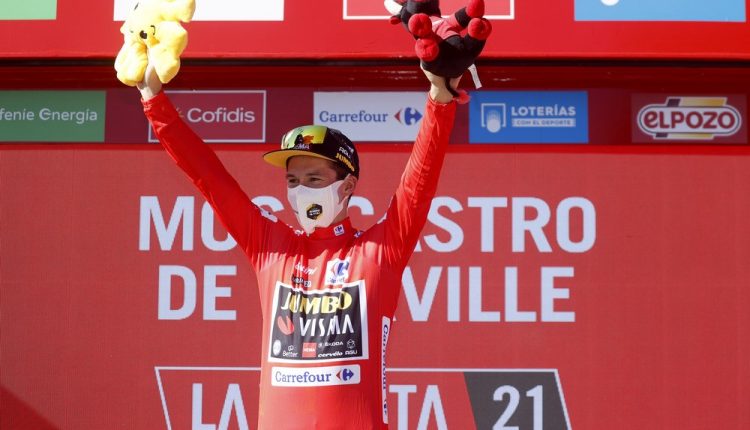 Miguel Angel Lopez of Movistar had a bad day, allowing Haig to climb to third and Ineos’s Adam Yates climbed to fourth. Egan Bernal also slid way down the standings.

“I tried to drop them all a few times,” said the Briton Yates, who joined Ineos this season with the Vuelta his first Grand Tour with them. Giro champion and 2019 Tour de France winner Bernal also let slip the under-25’s white jersey to Swiss Gino Mader, also of Bahrain, with the Colombian saying at the finish line he would not push to win it back on Sunday.

“We did what we could today. We tried to blow the race open and we succeeded at least in that,” said Bernal, who professes to care more about racing than winning.

Australian Michael Storer of the DSM team extended his King of the Mountains lead after taking part in an early attack. The 24-year-old Storer has also sneaked into the top ten overall and won stages seven and ten, stealing the thunder from teammate Romain Bardet.

A year after a horrific crash on the Tour of Poland Dutch sprinter Fabio Jakobsen of Deceuninck Quick-Step will provide a feel-good factor as he climbs the podium Sunday after winning three stages to seal a remarkable recovery.