Australian climb specialist Michael Storer of the DSM team won a mountainous stage 7 of the Vuelta a Espana on Friday, soloing to victory after escaping a 30-rider breakaway. Primoz Roglic clung on to the overall leader’s red jersey as he came home in the tailwind of key rival Egan Bernal and Adam Yates 3:33 behind Storer. But Spanish hopes were hit as Mikel Landa was dropped and Alejandro Valverde pulled out through injury. The stage started and finished with major climbs and Storer skipped away with 1.5 miles remaining up the Balcon de Alicante, an 5 mile climb with sections at 14 percent gradient giving a slo-mo feel to the progress. Another escapee, Austria’s Felix Grosschartner of Bora-Hansgrohe leapt into second in the overall standings giving Roglic a fright by closing to within 8 seconds of the lead, with Movistar rider Enric Mas in third at 25 seconds. Roglic had his work cut out Friday and was forced to chase the escape group vigorously as Briton Yates and his team leader Bernal tried their best to drop the Slovenian. 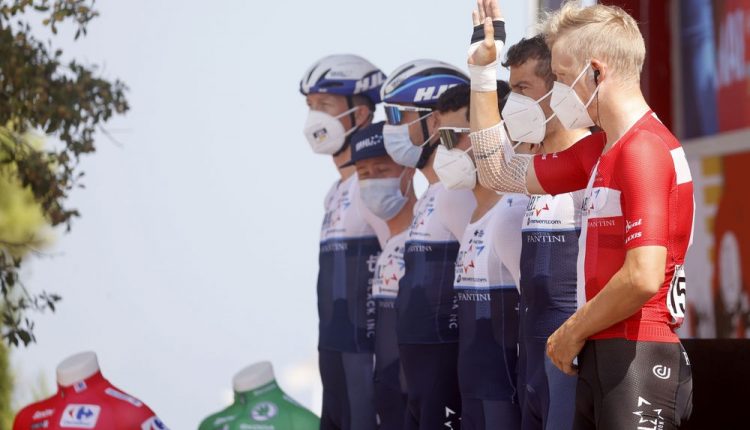 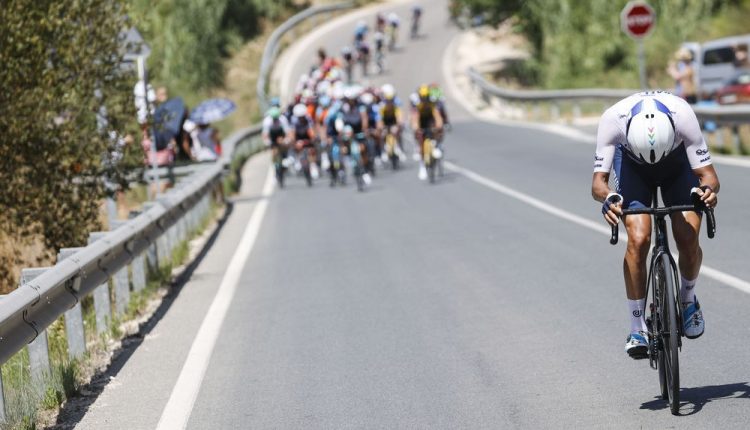 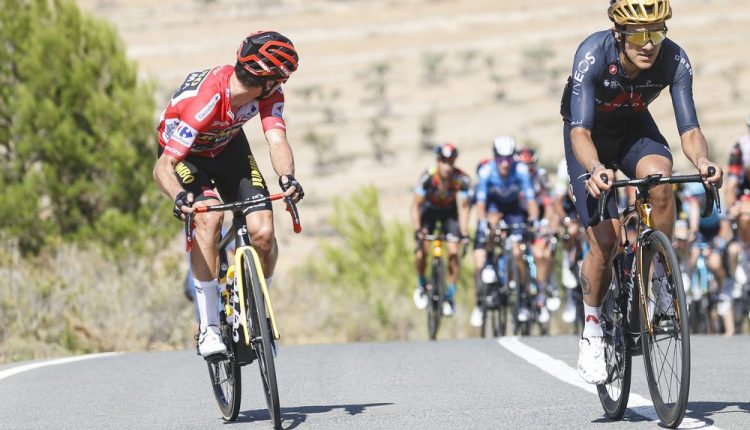 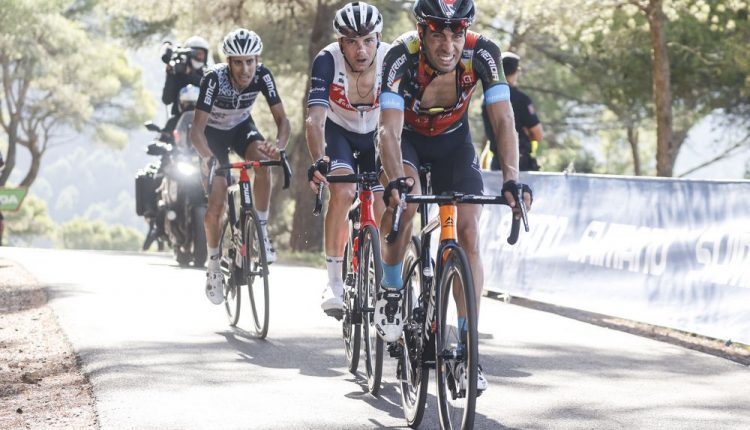 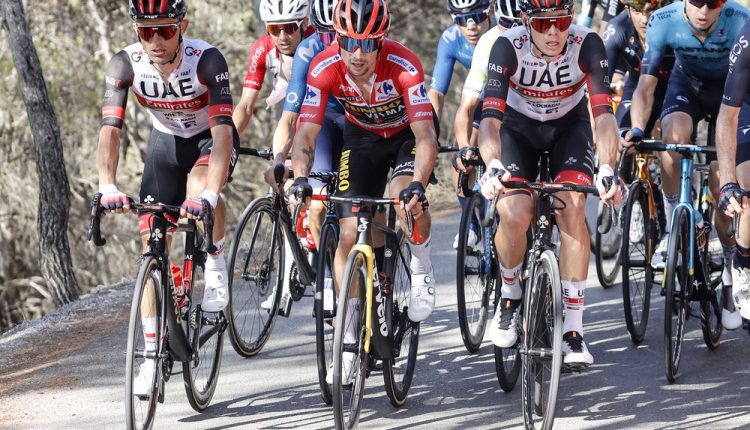 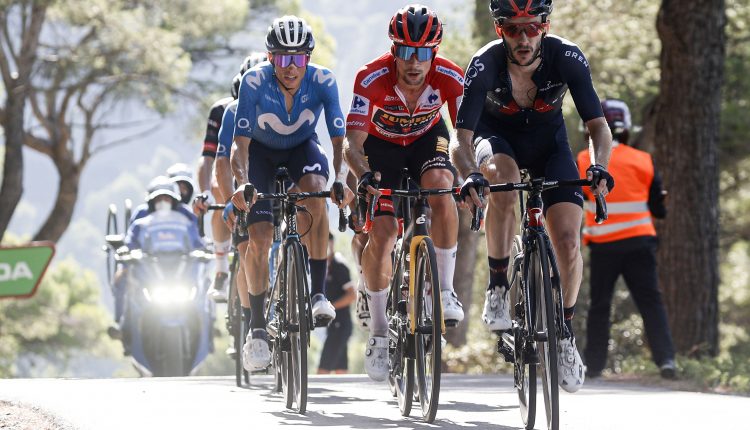 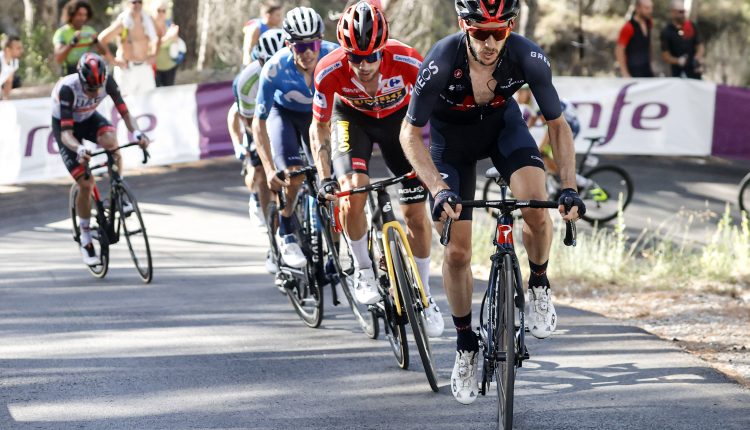 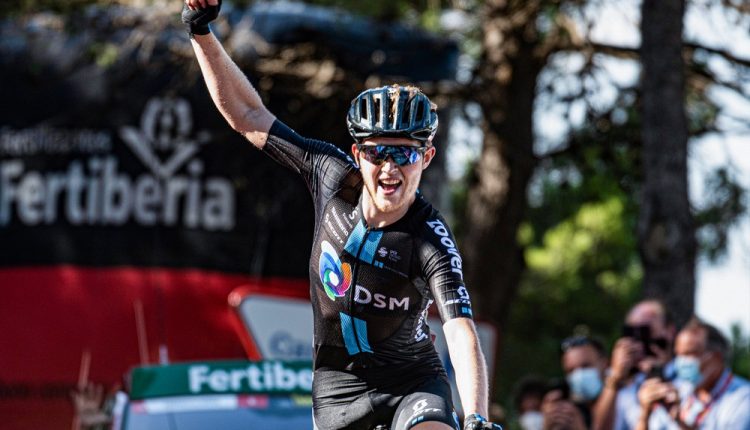 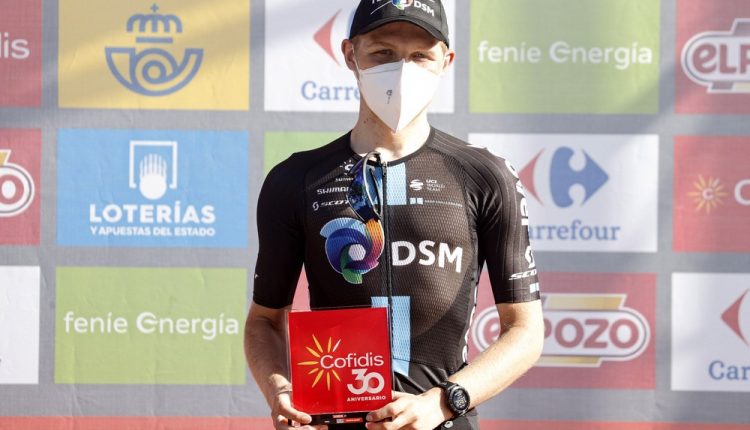 “It was really hot today,” said Roglic of the 95F sunshine.

“And we were on the first hill right away. It felt like a really long day,” he said. “I was just hoping for it to be over as soon as possible.

“It looks like people are trying their luck, my team worked hard today, but we’ll have to keep an eye on that,” he said.

Storer’s attitude after the race would appear to confirm Roglic’s position.

“I didn’t expect to become a stage winner of La Vuelta. I knew I was in good form and I just had to have a go,” said the 24-year-old from Perth.

“We didn’t put one step wrong today. It’s really an incredible team effort. I hope this is just the beginning,” he added.

The day’s winner is nicknamed “Storer the Destroyer” and he joked after the race he felt the name might now stick, saying it was “my next goal”.

Landa, Fabio Aru and Richard Carapaz all lost around 30 seconds on their general classification rivals.

Movistar icon Valverde pulled out of what could be his last Vuelta a Espana after sustaining a shoulder injury when he misjudged a corner. This was 41-year-old Valverde’s 15th Vuelta and it will be only the second time he has not completed the entire route of a race he won in 2009. He was fourth in the overall standings, and had come second as recently as 2019.

Defending champion Roglic said he was saddened by Valverde’s loss.

“I was just two guys behind. I don’t know how he is but he’s one of the biggest names in cycling so hopefully he’ll be fine and he’ll soon be back,” said the Slovenian.

Saturday’s stage eight will offer some respite in the overall battle with a flat 107 mile run from Santa Pola to the beach resort of La Mange del Mar Menor suited to the sprinters. However, Sunday sees a resumption of the struggle for supremacy with a major mountain slog.