Bahrain Victorious rider Damiano Caruso won Sunday’s mountainous ninth stage of the Vuelta a Espana as Primoz Roglic strengthened his grip on the overall lead, coming second ahead of Enric Mas. Colombian hope Egan Bernal was unable to follow Jumbo-Visma’s Roglic and Movistar’s Mas as the competition stiffened on the upper reaches of an 8 mile ascent to Alto de Velefique.

“We decided to give it our all. But the truth is that there were other strong riders and there is no other option than to turn the page and try again another day,” Bernal said, who is fifth overall at 1:52.

Caruso, a 33-year-old Italian, was runner up on the Giro d’Italia in May and on Sunday promised to attack from distance before his winning effort. He was able to pace himself up the final ascent after building a lead of around five minutes over the red jersey group by the foot of the climb  with Slovenian Roglic just 1:05 seconds off his pace by the finish line. Caruso attacked alone with 40 miles to go.

“The last climb was so long,” an exhausted but exuberant Caruso said at the finish line.

“It’s still unbelievable what I did. It was an amazing feeling and a repeat of this feeling after the Giro is incredible for me.”

Ineos’ Colombian leader Bernal came in 2:10 down on Caruso, leaving questions over the 24-year-old adding a Vuelta victory to his Tour de France in 2019 and Giro in May. 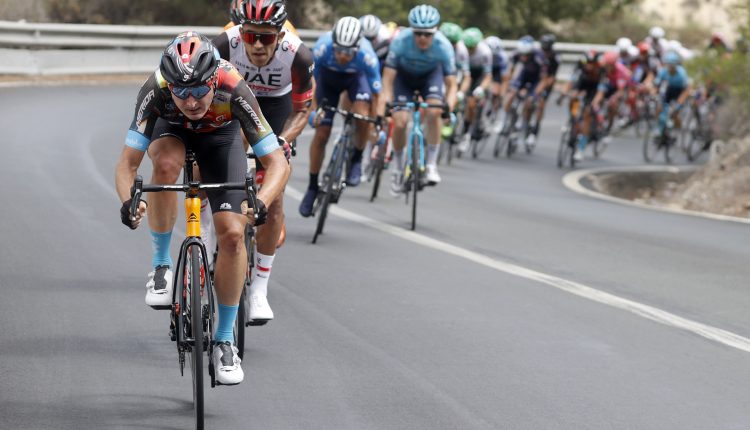 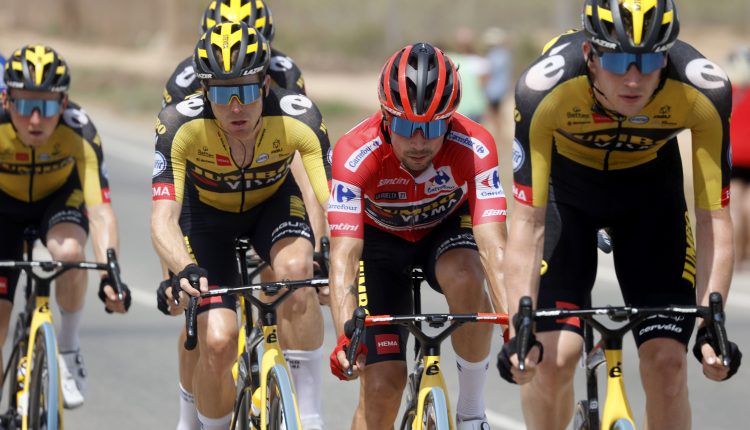 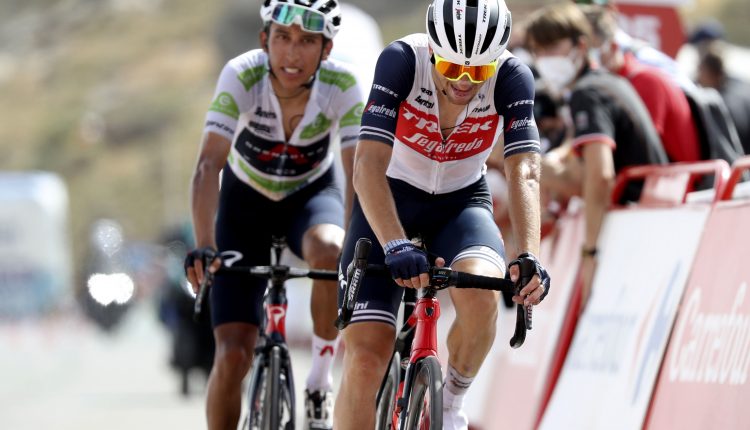 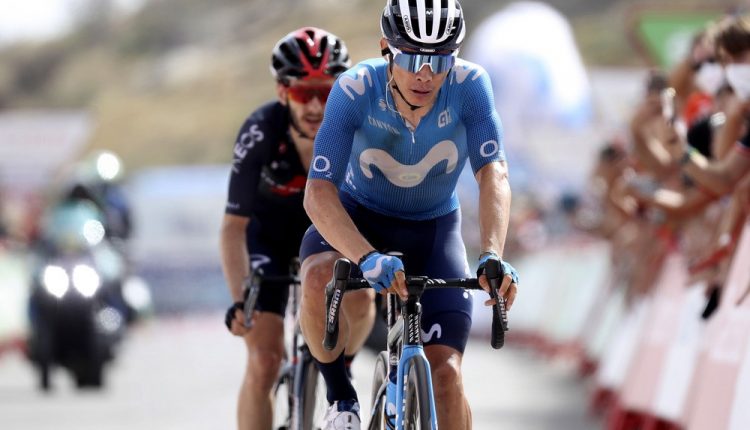 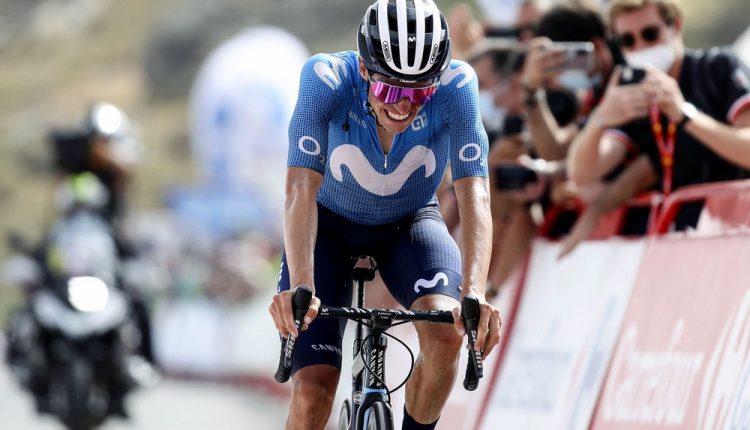 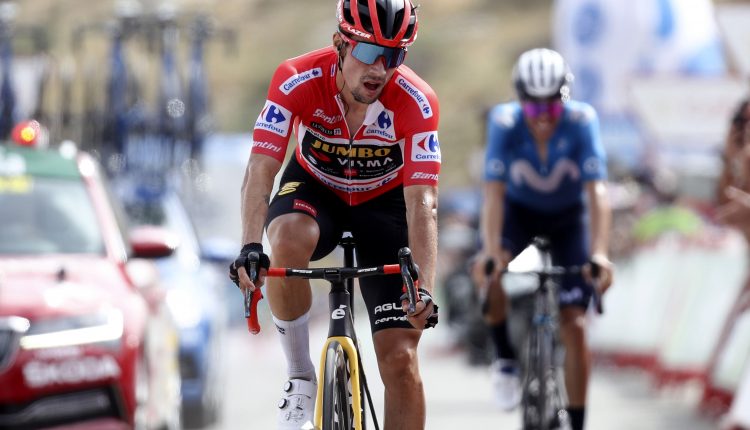 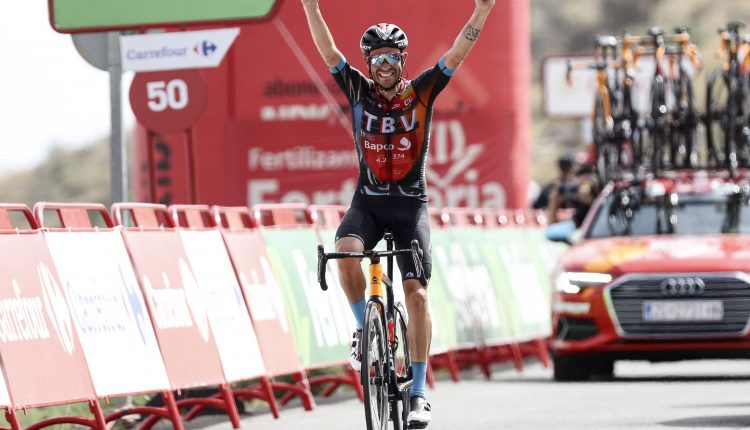 Roglic has a reputation of going to pieces when isolated from his team, but on Sunday he struck an alliance of fortune with Mas when the pair sensed Ineos duo Bernal and a Adam Yates could be dropped.

After crossing the finish line with the Ineos riders a minute adrift, Mas and Roglic shook hands warmly.

“He’s the leader and it was good to work with him, we went together,” said an enthusiastic Mas, who is 28sec off Roglic in second place overall.

Roglic refused to be drawn on his feelings over how bad this was for Ineos.

“It was super hot again,” he complained.

“It’s a beginning. Now we have the rest day, and we just need to stay in one piece healthy with the whole team and then we’ll be looking for the next stages,” said the double defending champion.

Monday is the Vuelta’s first rest day ahead of four hilly, one flat and two mountain stages in the week ahead, followed by another rest day. The final week holds three tough mountain stages and a final-day individual
time-trial at the pilgrim city of Santiago de Compostella.