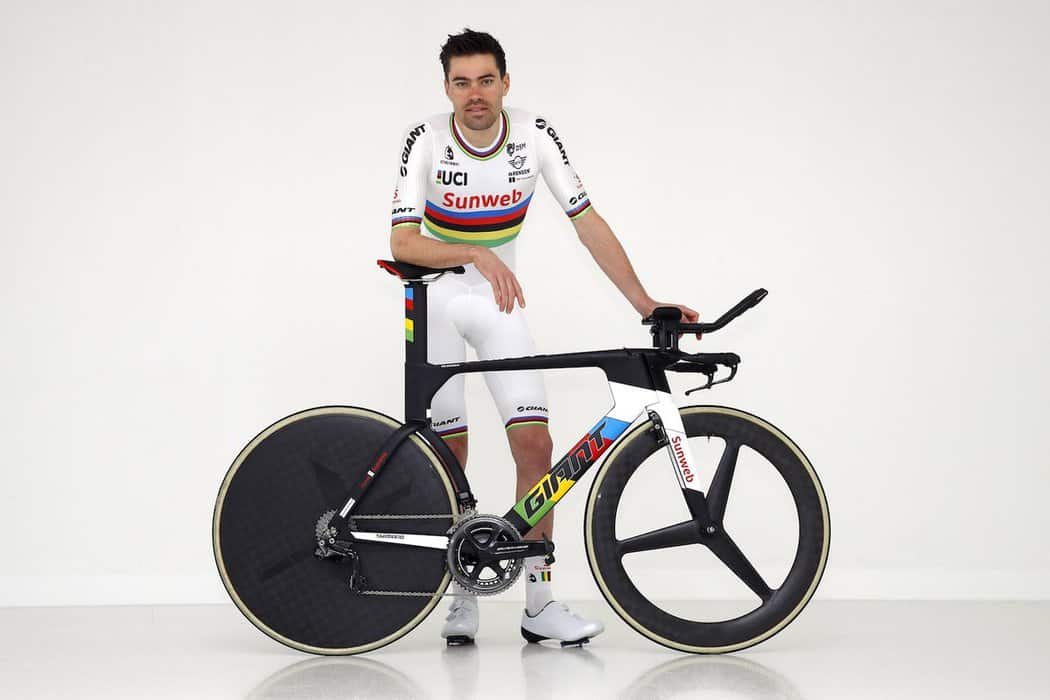 There’s nothing like unveiling your new team kit to start the year, and what is possibly better then that would be to show off your one off World Champion rainbow kit. That’s exactly what Tom Dumoulin of Team Sunweb did prior to the start of the Abu Dhabi Tour this week. We particularly like the Giant paint scheme which they did that really shows off the rainbow strips against the black frame. 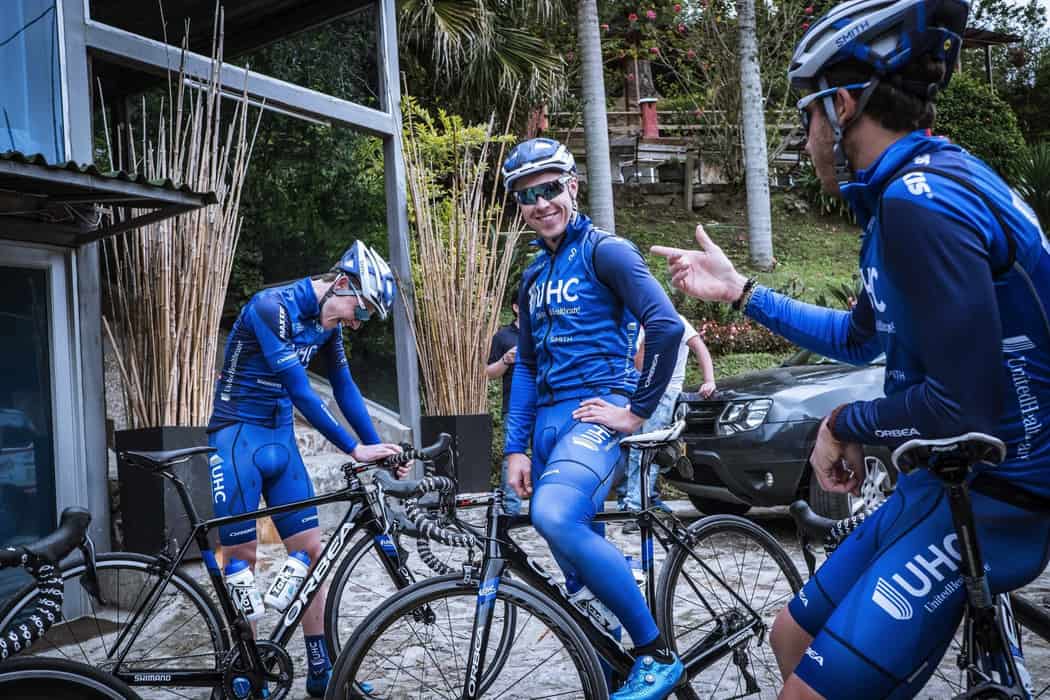 Press Release: At the end of the month, UnitedHealthcare Pro Cycling men’s team is heading overseas to take on a packed European spring campaign, Starting with Belgian G.P. Samyn on February 27, the seven-rider squad will gather at the start line for 16 UCI one-day races in three different countries, taking on the world’s best.

“I’m looking forward to our European racing schedule,” UnitedHealthcare Pro Cycling Team Director Hendrik Redant said. “Our riders will have to deal with the Belgian cobble roads, cold and wet circumstances, typical of the Belgian and Dutch weather, as well as with the challenging and more climbing French races. Nevertheless, I am sure they are all well prepared and super-motivated to fight in Europe with the top of world cycling.”

The schedule includes a variety of race parcours, offering plenty of opportunities for each rider to excel. Travis McCabe, Carlos Alzate and Tanner Putt will be looking for results in bunch sprints, Daniel Eaton, Alex Cataford, Adrian Hegyvary and Eric Marcotte will shine on tough power courses and climbing specialist Lachlan Norris will have his chance to mix it up during the hilly French races. 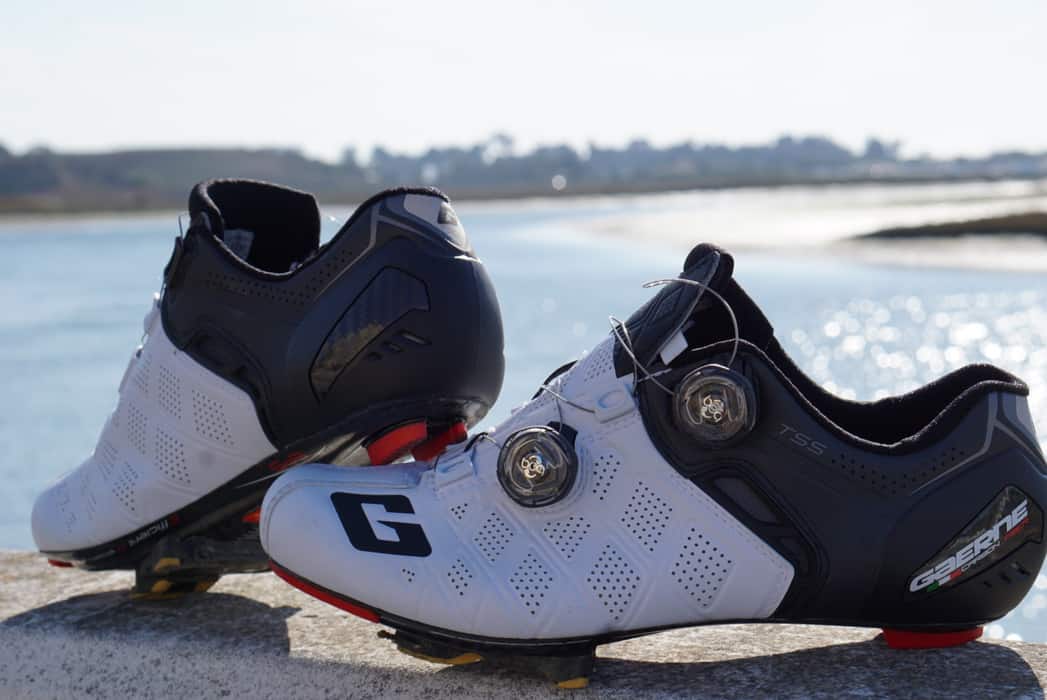 The Italian brand Gaerne is no stranger to top of the line performance as their new G.Stilo shoe is used by the current Lotto – Soudal World Team and ace sprinter André Greipel as well. This new G.Stilo is an updated new version to their previous shoe with a Summer edition available as well.

The new G.Stilo has a reported 109 different components which go into making the shoe. What’s noticeable at first is the dual Boa IP1 dial system with a criss cross steel-kevlar wire. The addition of the steel wire make for very easy adjustments and quite possibly work the best with this additional wire which we have tested. Gaerne and Boa offer a lifetime warranty on this system.

Read what else we thought about the new shoe here. 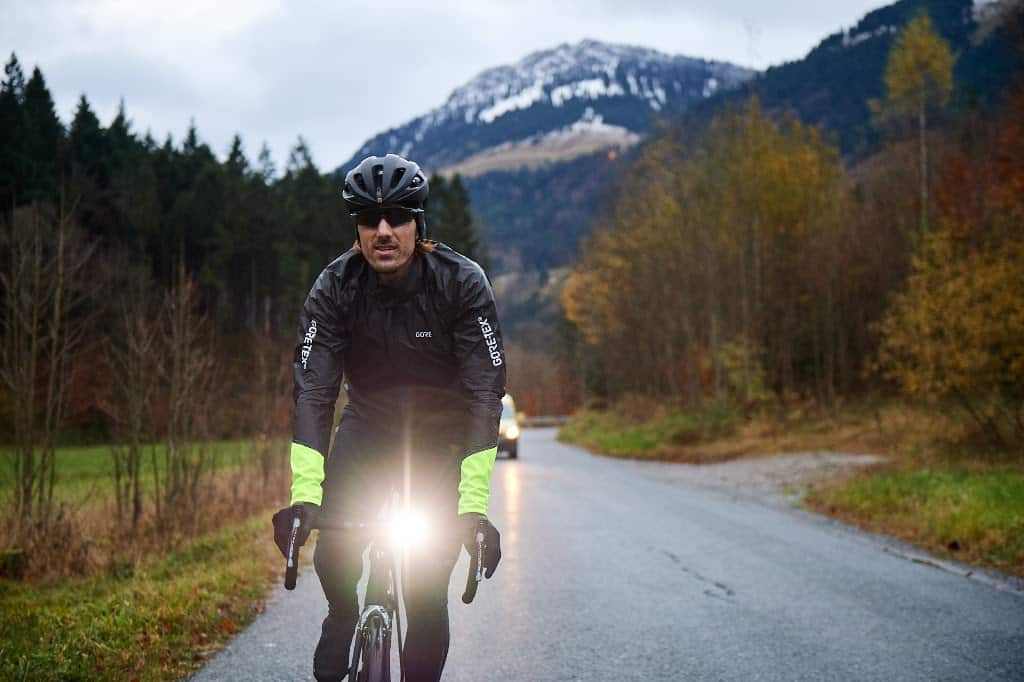 Press Release: GORE-TEX® products with SHAKEDRY™ product technology have revolutionised the market: ultra-lightweight and packable, they are highly breathable and completely waterproof, with a permanent beading surface.

The new technology presented its own challenges, however. With the PTFE membrane of the jacket now forming the visible outer layer, manufacturing limitations meant that this could only be produced in black. While the jacket brought decreased weight and a huge increase in breathability, GORE® Wear was very cognisant that some consumers prefer colors other than black when riding in the rain. Since then, the company has fully embodied its mantra of Always Evolve to overcome these manufacturing challenges. GORE® Wear is proud to be the first company to bring GORE-TEX® SHAKEDRY™ jackets to the market, available now. 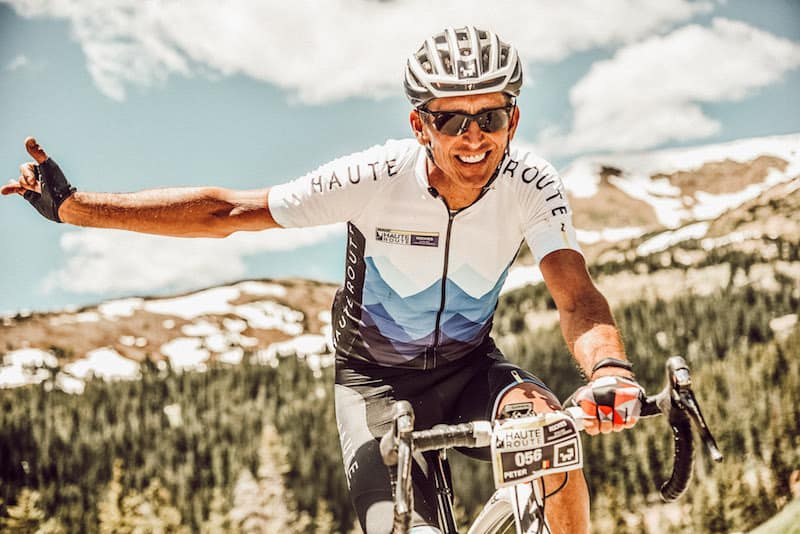 Press Release: Haute Route, the world’s most prestigious multi-day event series for amateur cyclists, and USA Cycling, the official governing body for competitive cycling in the U.S., today announced a partnership to support the growth of the sport throughout the country. As part of the agreement, Haute Route event participants and USA Cycling members will receive a host of cross-promotional discounts and other benefits.

“Haute Route is excited to partner with USA Cycling and provide a development pathway for amateur riders of all abilities through our Haute Route branded three-day and seven-day events and through our partnership with the Gran Fondo National Series of one-day events,” said Alain Lambert, Chairman Haute Route in North America. “Haute Route is dedicated to growing the sport of cycling and offering safe, competitive and premium amateur cycling experiences for our participants in the years to come.” 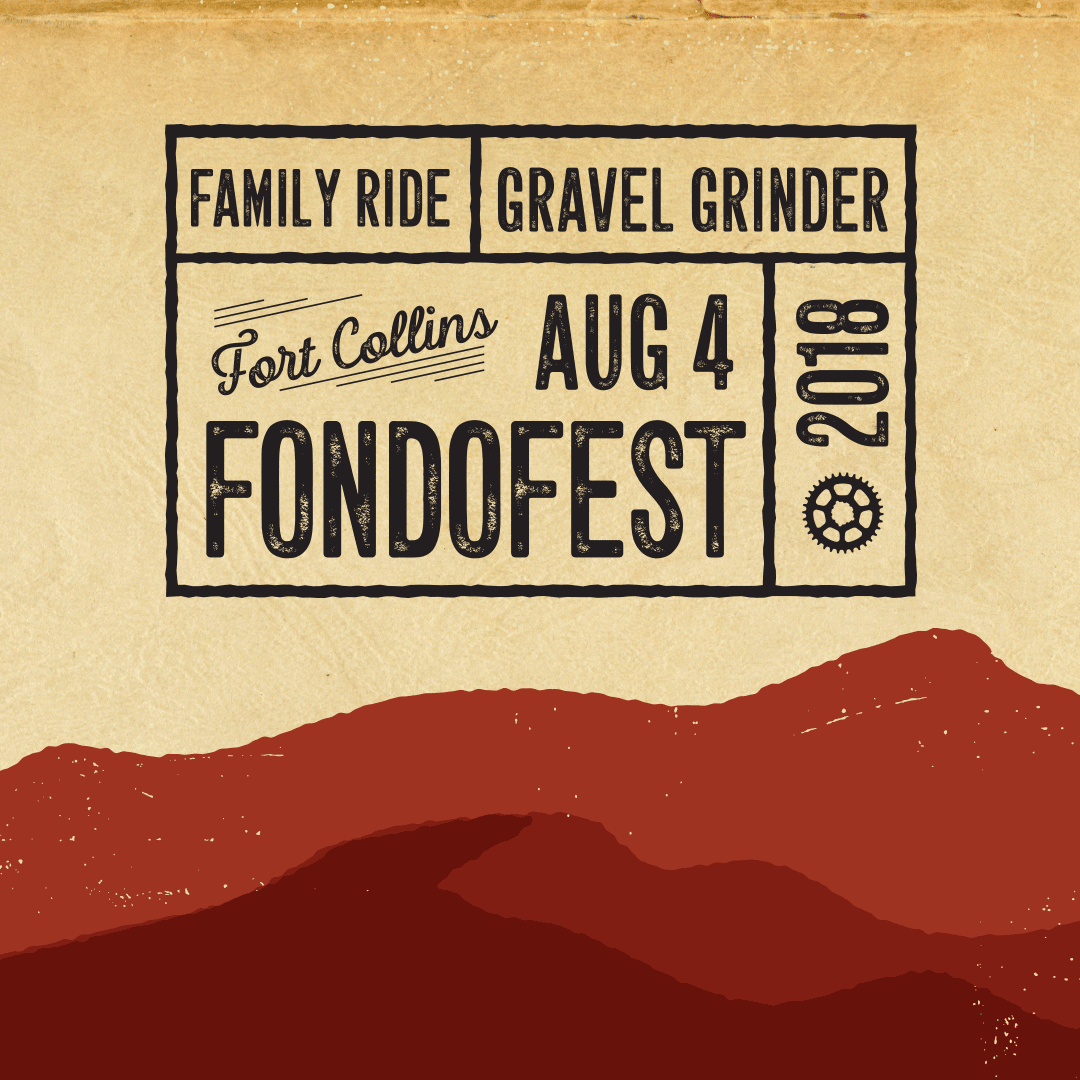 The FoCo Fondofest fills the space between sanctioned races and supported group rides, scratching the competitive itch for some, but first and foremost, giving riders the experience of a lifetime. Riders will pass through remote old-time western towns, grasslands, parks and open spaces before making their way back to New Belgium Brewing for a festival celebrating cycling.

EUROPEAN RACING ROUND UP and OMAN 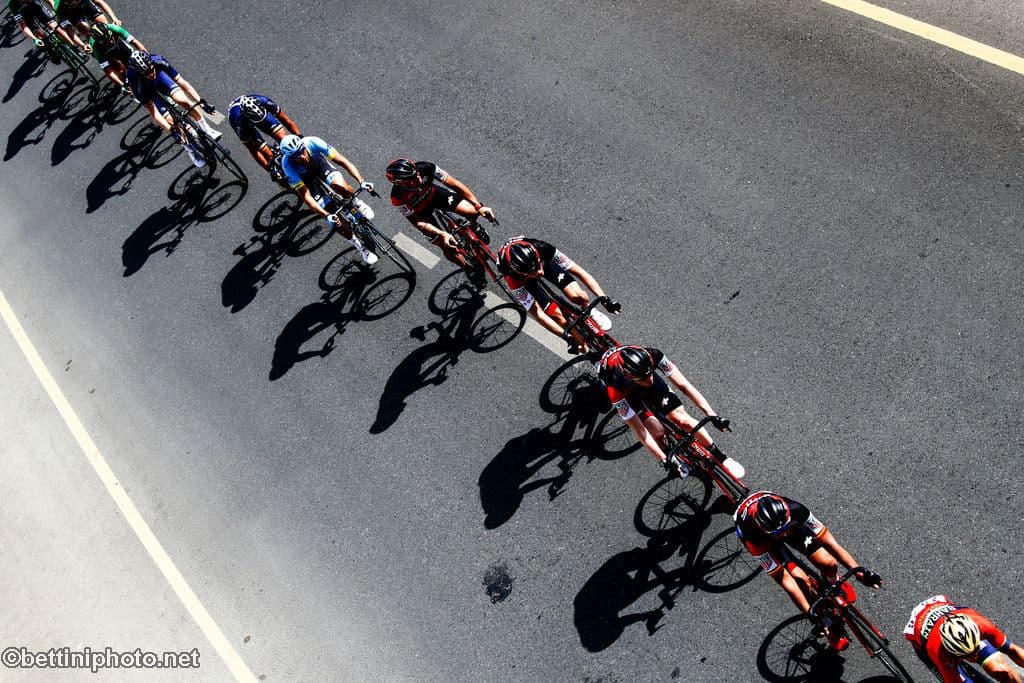 Three large stage races took place during last week with all of them finishing this past weekend which showed most of the top professional’s as they ease their way back into racing. Perhaps the biggest news though was the fact that Chris Froome did show up to race while his current doping investigation is still ongoing. Froome didn’t show too much form as he was up there but nothing worth noting.

Michal Kwiatkowski of Team Sky took the overall honors at the Volta ao Algarve after placing himself in a late large break away on the final stage which went to the finish. Tim Wellens of Lotto-Soudal claimed victory at the Vuelta a Andalucia after winning the uphill finish and then holding onto his lead during the final time trial. Alexey Lutsenko of Astana secured his overall victory at Tour of Oman after he and his teammate went 1, 2 on the Green Mountain climb which gave him enough time to finish the final flat stage in the lead. 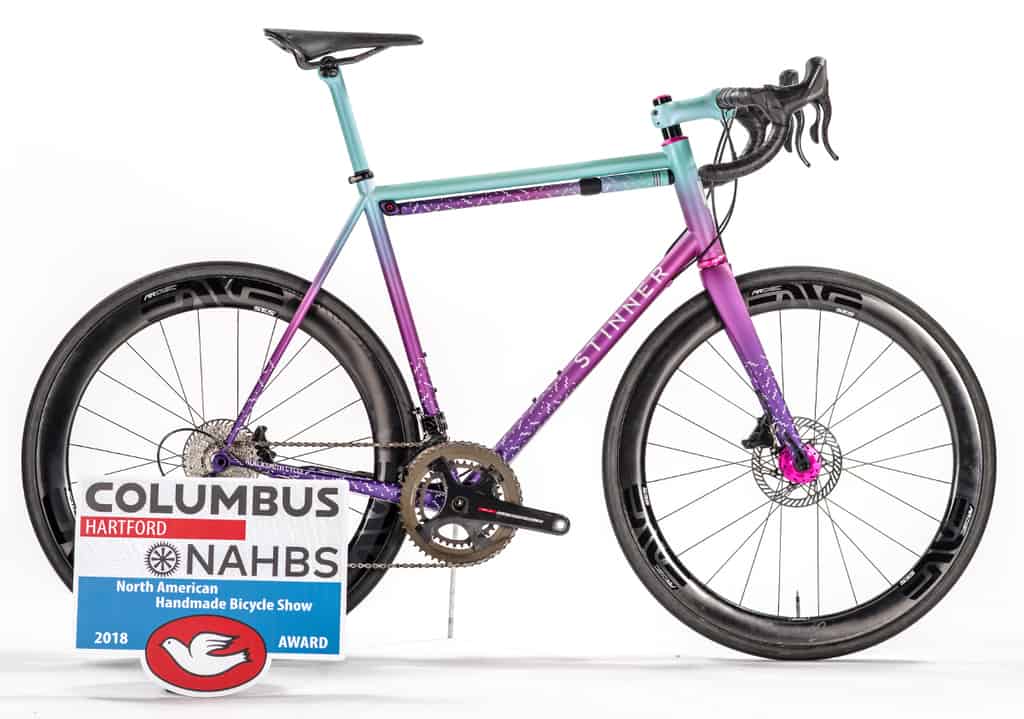 And so another installment of the North American Handmade Bicycle Show is in the record books. For its 10th annual running the gypsy-like show tipped its hat to the east coast builders and landed in Hartford, CT. However, as it has proven every past year, no matter what city the show lands in, it never fails to impress. The NAHBS is undoubtedly the greatest little bike show in the world. With over 150 vendors, there was still much left to see and fall in love with after three days of traipsing the aisles.

In this first installment of RBA’s coverage we’ll be offering a mix of photos and videos that captured just some of the highlights found inside the convention center.

Cavendish Out of Abu Dhabi Tour from Crash