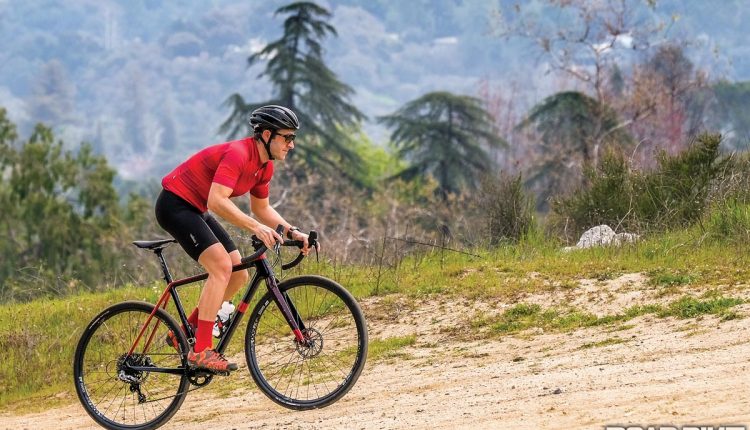 Following the launch of their head-turning True Grit bike that stood out with its use of their unique leading-link suspension fork, the inventive lads from Lauf are now heading down a path of what could be deemed “roadie reform.”

While the True Grit was celebrated as the gravel market’s first production bike spec’d with front suspension, it remained an outlier for many drop-bar enthusiasts hesitant to embrace either moving parts or the bike’s odd appearance. Yet, with the industry-wide embrace of added compliance remaining a key selling feature, the “Laufers” had another trick up their sleeve. Thus was born the Anywhere, a bike that couples a traditional road bike profile with a specifically engineered handlebar that provides hand- and forearm-friendly compliance. 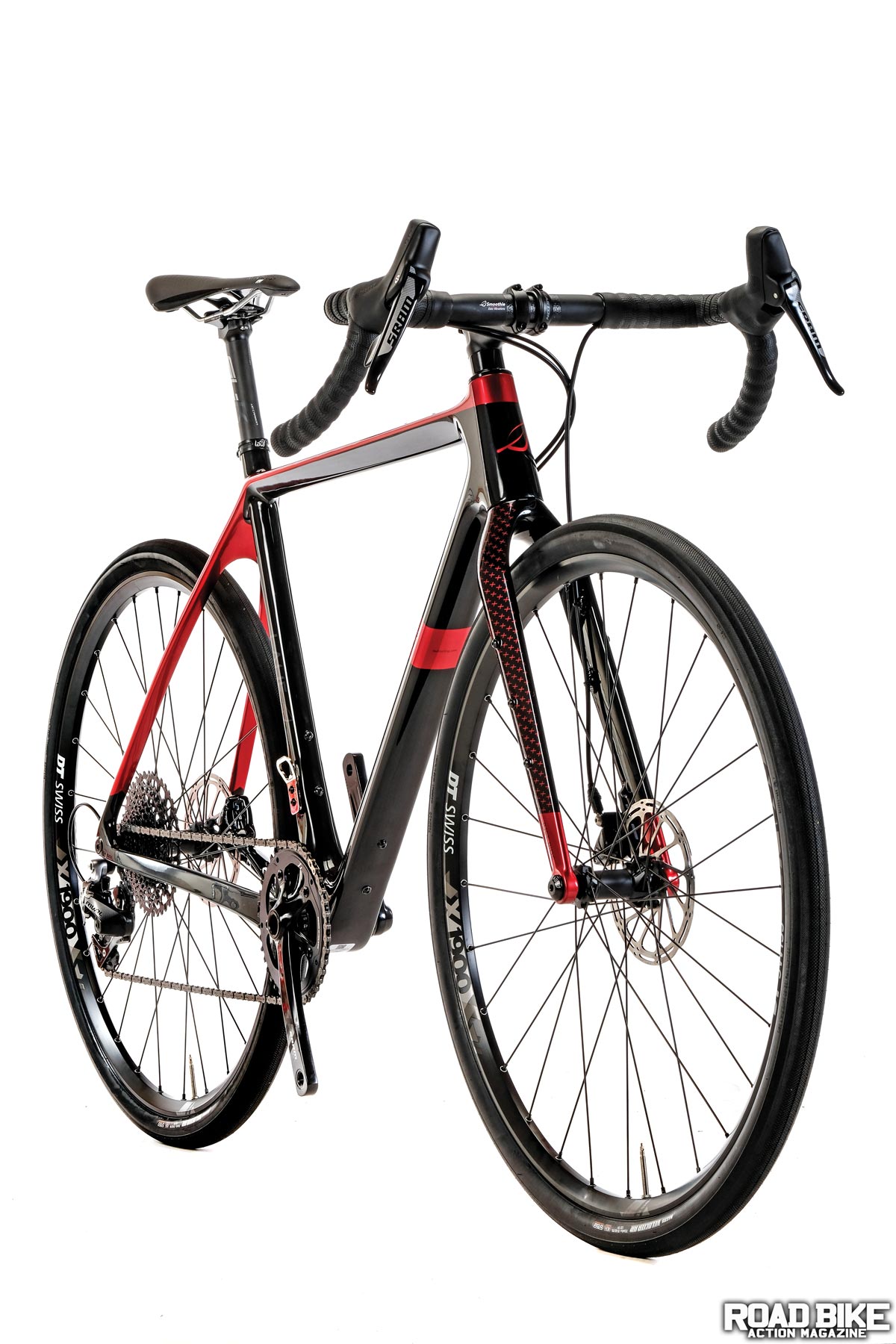 The design of their True Grit frame was extensive, and Lauf felt there was little that needed to be changed. The Anywhere frame is identical to the True Grit, with the only difference being the graphic and rigid fork. Owing to the 45mm offset (versus the 47mm that their suspension fork), the bike’s wheelbase is slightly shorter at 103.4cm. The head tube is still at 71 degrees and 13.3cm long on our size medium. The virtual top tube length is 56.9cm with a frame reach of 39.9cm.

“For off-road climbing, the gearing was on the tall side for some and came up on the short side for riders capable of higher paved speeds.”

The frame uses a threaded bottom bracket for extended life with minimal maintenance. There are three water bottle cage mounts, as well as a bolt-on top tube mounts for a bag. Lauf has made room for 45mm tires with plenty of space for large knobs and debris to pass through. The frame uses a 12x142mm rear thru-axle and a 15x100mm front thru-axle with flat-mount disc brakes.

One signature Lauf feature carried over on the Anywhere is the handy seatstay-mounted bottle opener, which doubles as a front derailleur mount for anyone who prefers a 2x drivetrain or gets less thirsty on the ride.

Four builds—from $2690 to $5340—are available, including an option for a frameset. Our Weekend Warrior model had a SRAM Rival 11-speed 1x drivetrain with a 42t crank matched to a 11-42t cassette. The Rival brakes match, but only the right side has the shifter lever and mechanics. The DT Swiss X1900 wheels use 6-bolt rotors and have the Shimano-style freehub. They are also tubeless-ready and come with everything needed to make the conversion happen. The Maxxis Velocita AR 40mm tires are nearly road slicks and seem small when compared to the clearance available.

The Smoothie handlebar is made with a combination of S2 glass fibers and carbon, but as with their Grit suspension fork, the materials are not a blend but instead separate and isolated to offer more compliance while eliminating fatigue failure. The top of the bars from hood to hood is all glass fiber with the carbon drops bonded on. This construction, plus the overall shaping, allows for isolated flex and a perfect mate for the new rigid fork. The Smoothie has a 3-degree back sweep that offers a natural angle to hold the cross section.

The Anywhere is nearly identical in feel and handling to the True Grit when on the pavement. The Smoothie handlebar and 40mm tires definitely help isolate the rider from road imperfections. When jutting across roads less traveled, you can feel the bars flexing while on the hoods. In the drops you still feel the flex up and down across the bar, but there is almost no twisting flex.

The bars help to elevate confidence and maintain traction, but on some of our favorite routes, we were still left wishing we had the suspension fork. If you are riding access roads or just the normal dirt or gravel road, the rigid fork with new Smoothie bars and large-volume tires will be more than sufficient.

With its long wheelbase, the Lauf is incredibly confident when speeding down rough descents. When taking tight turns you have to lean into them with confidence. Compared to a racier road bike, the steering will feel unresponsive and hard to turn. This also means that on long rides when you become fatigued, the bike isn’t hyper-responsive to bar input that could lead to a mistake.

The large but smooth 40mm tires allowed us to run low tire pressures (35psi) on wet roads offering great traction and speed. On our normal road group rides, the bike never held us back and has been giving us an advantage on the roads that are littered with fallen rocks and debris.

For off-road climbing, the gearing was on the tall side for some and came up on the short side for riders capable of higher paved speeds. As such, the former would’ve preferred a 40t chainring, while the latter wished for a 10t cog. 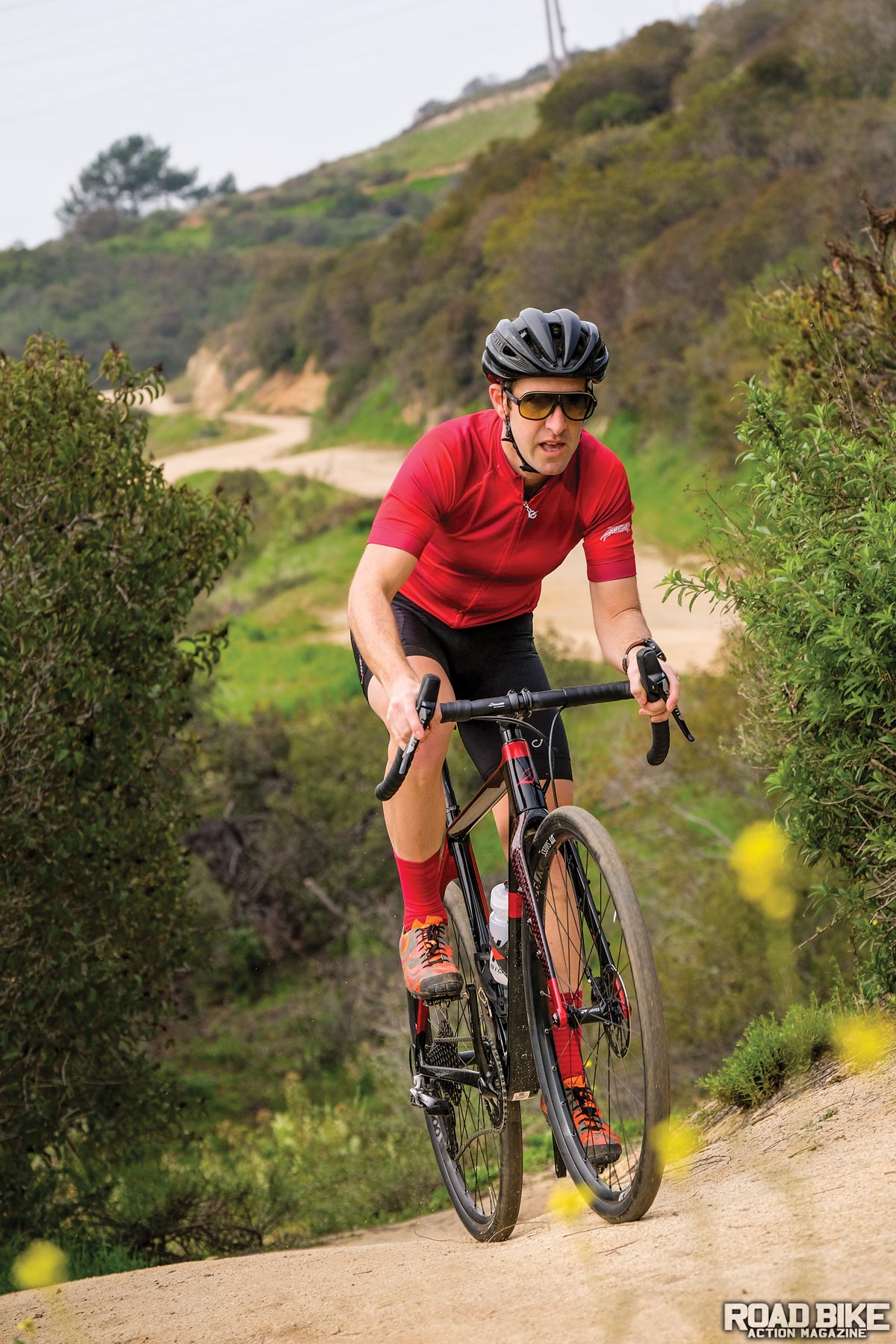 Basically, what we have here is a roadie version of the True Grit. Lauf is now providing a new option in ride (and appearance) preference while maintaining their legacy of unique—and appreciated—ride compliance. With a quick fork swap, you could have either bike, but you would also need a new front brake line that would be long enough to reach on the suspension fork.

The one thing that kind of has us scratching our heads is their use of a 15mm thru-axle up front. The road category has settled on 12x100mm as the standard and Lauf even makes the rigid and suspension fork in both sizes. It just baffles us on why they would spec it with the less common (now outdated) option. This also means if you already have 12mm thru-axle wheels, you will need adapters.

When it comes to really rough off-road riding, the Smoothie handlebar isn’t nearly as effective as the 30mm-travel Grit suspension fork. Still, for a true multi-purpose bike (that can run either a 1x or 2x drivetrain), the Anywhere hits the mark, especially if there is more pavement in your schedule.