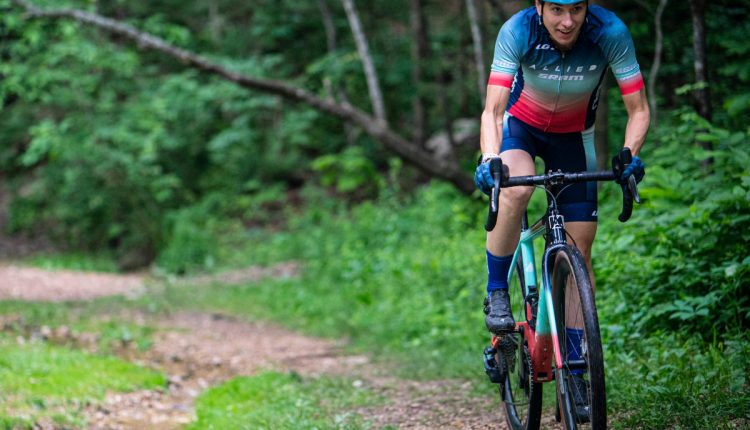 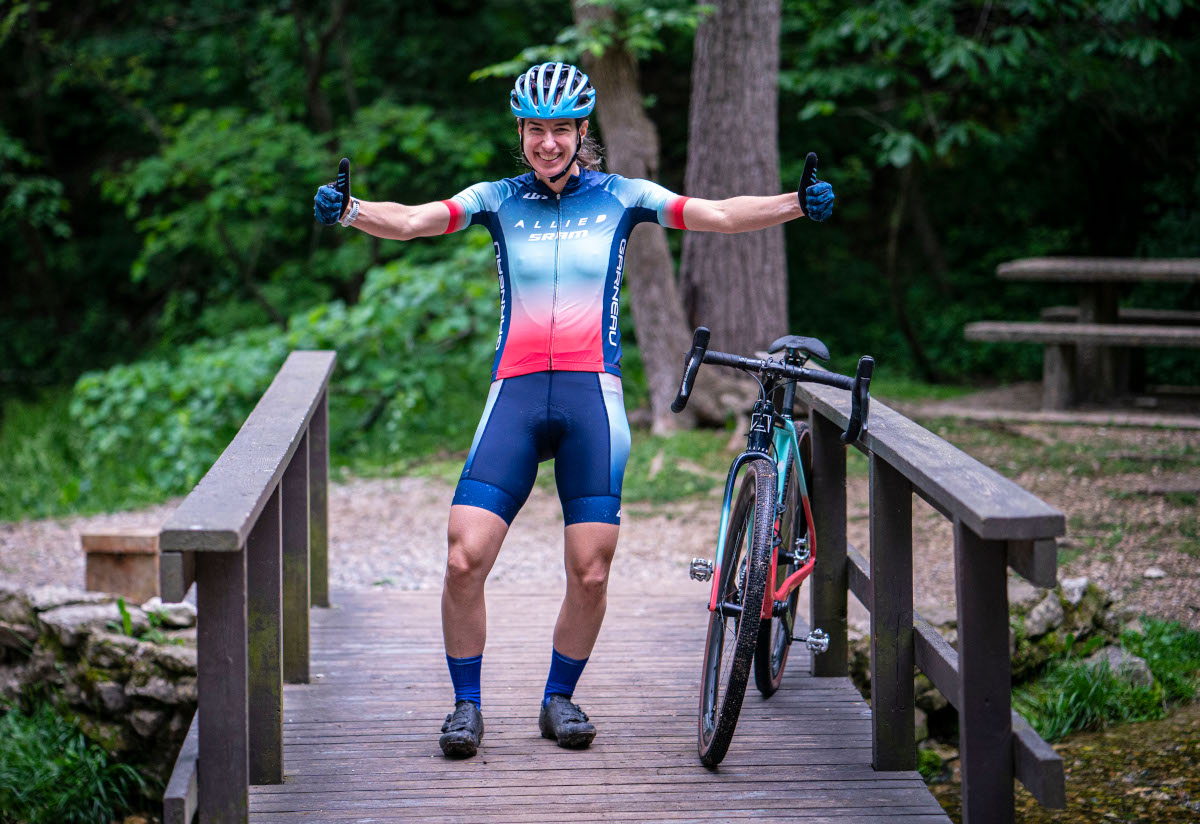 Risk-taking as a professional mountain biker is part of the deal when your goal is the Olympics. In 2018, Lea Davison bet on her career when she announced her pending marriage to her girlfriend, Frazier Blair. This Saturday, on the first weekend of Pride month, Davison will again hedge her bets as a pro racer when she steps to the start line at Unbound Gravel – the second of six events in the inaugural Life Time Grand Prix. Decked out in a custom kit by Garneau that she designed for the occasion, Davison will use her hard-earned spot (one of 30!) to race for a cause that’s “moving the needle” in a direction near and dear to Davison’s own values.

Athlete Ally
For Unbound, Davison has partnered with Athlete Ally, the non-profit organization working to end the rampant homophobia and transphobia in sport and to activate the athletic community to exercise their leadership to champion LGBTQI+ equality.

“Athlete Ally is proud every day to call Lea an Athlete Ally Ambassador, and we’re especially honored for her to represent us at Unbound Gravel,” said Joanna Hoffman, Athlete Ally’s Director of Communications. “Especially now, as we face a groundbreaking number of anti-LGBTQI+ bills, including 17 states banning transgender youth from sports, it is so vital to see pro athletes championing LGBTQI+ equality. Having out, visible LGBTQI+ athletes like Lea sends a powerful message that LGBTQI+ people belong in all parts of life, especially and including sports.” Sports remain one of the greatest socialization mechanisms in the world, yet an entire community of people remain systematically excluded from their respective sports. The cycle of LGBTQI+ exclusion and discrimination begins around age eight and escalates from there. Harmful behaviors can cause talented LGBTQI+ athletes to feel unsafe and hide their identity – this invisibility unfortunately maintains this cycle. As a gay athlete, Davison came out quietly in her late 20’s, fearing that a bolder move might threaten her community of support.

“It truly takes a village to make an Olympic dream come true. I was scared that if I came out, my village would start to fall apart, and I wouldn’t have the support I needed to to make my lifelong dream of going to the Olympics come true,” Davison said. “I felt as if I was faced with the choice of being my authentic self or my dreams. I looked around in the cycling world and didn’t see anyone like myself that was blazing this path and signaling it was possible to be a professional cyclist, be an Olympian, and be gay”

Davison’s custom Garneau kit is symbolic of her power to come out of the darkness and live in the light as her true, authentic self. She designed the kit to highlight her actions as an advocate of LGBTQI+ athletes because “Representation matters, and you can be what you can see.”

Garneau was also one of Davison’s sponsors when she made her intended nuptials public and what happened next stunned Davison. Garneau wanted to celebrate her marriage to Blair with a specially designed kit…and announce their union to the world through the brand’s communication channels.

Garneau is once again showing its support for LGBTQI+ athletes by making Davison’s kit design available to everyone with part of the proceeds going to Athlete Ally.

Fans of Davison’s campaign can see further proof of her fearless representation in the darkness to light finish on her carbon fiber Allied Cycle Works bike, which will rise to the occasion to look good and race hard in the 200-mile gravel race.

This Saturday Davison will put it all on the line for Athlete Ally and she invites everyone to join her by donating to Athlete Ally. No amount is too small, and your donation will be put to work to change sport policy, build inclusive communities, and advocate for LGBTQI+ athletes.