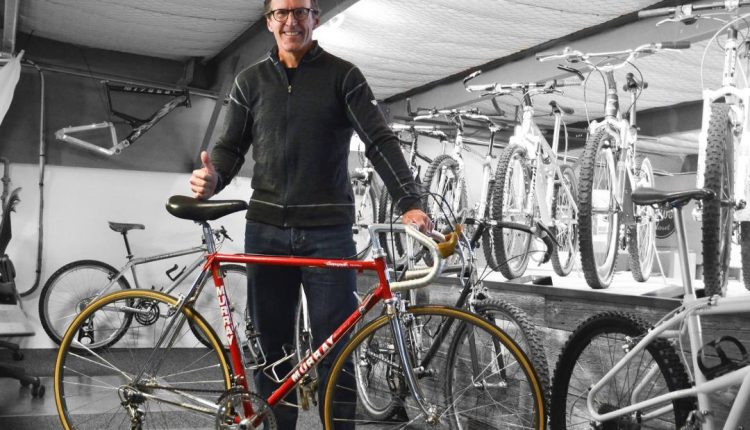 By Chris Carmichael
Founder and Head Coach of CTS

I love the anticipation and sense of limitless opportunity that immediately precedes the Tour de France, which starts this weekend. As an athlete and team, the months and years of preparation are over and you just want the race to start already! Back in 1986, in the 7-Eleven cycling team we had high hopes that Davis Phinney could sprint to a stage win. He had proven he had the speed to win in Europe, and he had natural leadership qualities that inspired his teammates to give everything we had to put him in position to win. I’ve known Davis since we were juniors and I’ve learned valuable lessons from him at every stage of our lives, as athletes, fathers, husbands, and humans trying to do good in the world. With the Tour de France starting (as well as a Davis Phinney Foundation Challenge described at the end of this blog), here are five lessons Davis Phinney taught me about life and bike racing.

When the 7-Eleven team entered our first professional races in Europe, we were like the “Bad News Bears”. We made mistakes and fumbled our way through race after race, but there were also days when we got it right and put riders on the podium. Through the Giro d’Italia in 1985 I remember we kept trying to set Davis up to win a stage in a sprint. He ended up in the top 10 on eight different stages, and even got third twice, but no wins. His response was never to blame us for not getting him into position, nor did he ever use negative reinforcement as a motivation tool. He was always encouraging. His response was always about what worked, and what we could try next time, and that style of leadership rallied us–his teammates–to bury ourselves for him again the next day. And as a coach, business leader, and parent I try my best to always be encouraging, particularly when working through tough times.

#2: Any individual victory is really a team victory 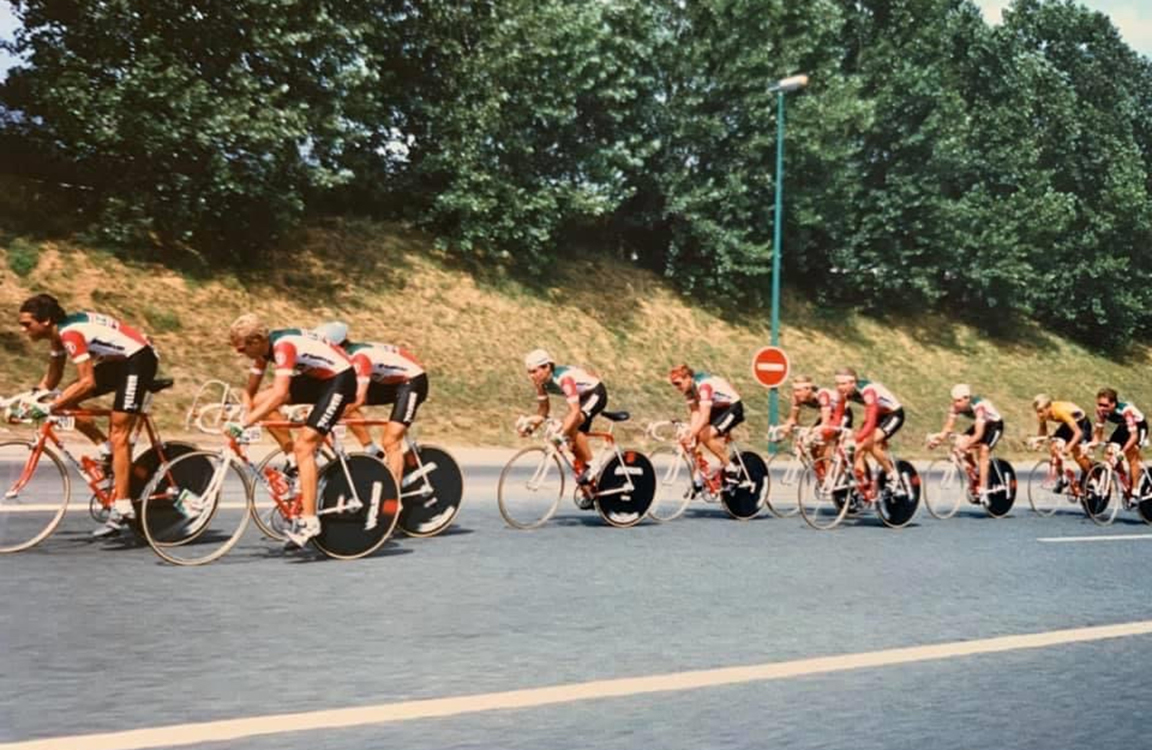 When things weren’t going well, we all shared the disappointment and accountability. And when things went well and Davis crossed the line first with his arms thrust in the air, he made sure we all shared in the accomplishment. And in cycling that’s not always an easy thing to do. After all, it’s a team sport but there’s only room for one person on the top step of the podium. Davis learned early on in his career that recognizing the contributions of his teammates resulted in greater buy-in and a more unified team. We felt valued and acknowledged, so it was easy to fully commit to the mission rather than hold something back for ourselves, just in case…

#3: The hardest part is not always the finale, but rather, getting there

On flat ground in the chaos of a field sprint, Davis was in his element. It was a very different story in the mountains, and he suffered a thousand deaths just to get to the finish. On stages where the finale was good for a sprint but there were mountains beforehand, he knew he had to get over the mountains in order to have the opportunity to win. Climbing was part of the job, so he didn’t avoid it. He did everything he could to get better at it, so the hills and mountains would take less out of him and allow him to reach the finale with enough of a kick to win.

#4: Claim your space, and defend it

If your handlebars are ahead of the rider next to you, then you control where the two of you are going to go. Davis was great at taking control inside and at the front of a charging pack because he didn’t try to make himself smaller to fit into tight spaces. He took advantage of his size and used it to create the space he needed, and then he had help from teammates to defend it. Frequently, Ron Kiefel was his last lead-out man, an ally who not only provided a draft but also helped protect Davis’s front wheel and space at the front of the pack.

In many areas of life, whether it’s in a work environment, a relationship, or a social setting, people who have long been marginalized are finding the courage to claim their space, to create it if necessary, and to stop making themselves smaller to fit into someone else’s vision of the world. Similar to the way a lead-out creates space for a sprinter to be a sprinter, people need allies in their lives to create and defend the space they need to thrive.

Even Davis, who Velonews recognized as the “Winningest Cyclist in US History”, lost a lot more races than he won. He was serious and intense when the race was on, but win or lose he didn’t dwell on races that were done. When Alex Stieda raced to the yellow jersey on the second day of the 1986 Tour de France, he only kept it for a few hours because of our disastrous performance in the team time trial later the same day. We were devastated and frustrated, but we left that behind the next day and were already able to laugh at some of the comical scenes from that afternoon. Davis was great at discerning the things that needed to be taken seriously, and then laughing and having fun with everything else. It is that skill of discernment that is so crucial in life. There are aspects of your career, training, relationships, and health that we need to take seriously, but if we apply that seriousness and intensity to everything then there’s no room for laughter. There’s no safety valve for reducing the pressure from stress.

In the spirit of combining something fun with the serious work of helping people with Parkinson’s live well today, the Davis Phinney Foundation is launching the “Every Victory Counts Challenge” for July. To participate in the challenge, I hope you will Join Me On Team CTS and commit to riding 25 hours in the month of July. Registrants receive some great gifts from the Davis Phinney Foundation, are encouraged to help Team CTS meet our fundraising goal of $3,000, and are entered in a DPF drawing at the end of the month. View complete challenge details and rules.

GERAINT THOMAS CRASHES, DISLOCATES SHOULDER, RIDES BACK TO THE PELOTON