Levi’s GranFondo Serves Up The Panzer 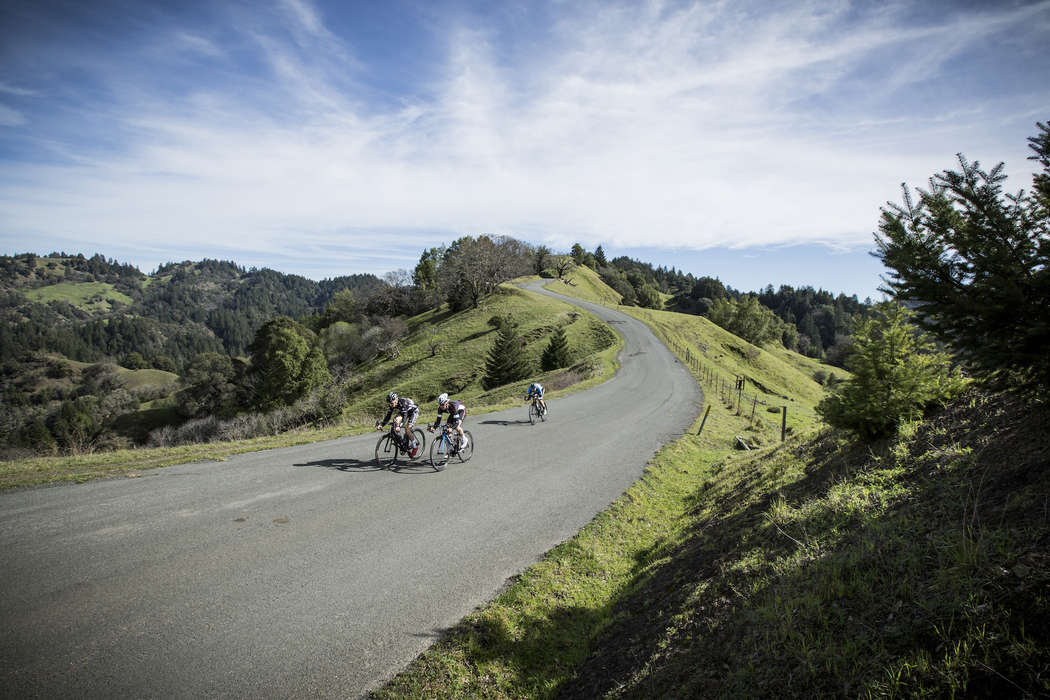 Panzerotti: a type of pastry with savory fillings that originated in Italy, typically filled with tomato, mozzarella, and ham.

What do the two have in common? Those 250 riders that were quick enough to get registered for the Panzer route (it sold out in 90 minutes) will be enjoying a panzerotti and espresso at the rest stop in Stewarts Point right along Highway 1, 58 miles into the ride.

Since the first year of Levi’s GranFondo in 2009 it has grown to be one of the largest Gran Fondo’s in the country, with over 7,000 riders, and has raised nearly 1.2 million dollars for local charities along the way. The Fondo’s popularity stems in-part from the spectacular and ever-changing scenery and abundance of low-traffic country roads around Sonoma County that deliver a hefty challenge for even the pro-level riders that attend the event.

Three years ago Levi’s GranFondo added the alternate dirt section of Willow Creek Road to the Gran and Medio routes, trading the leg-breaking pitches and pavement of Coleman Valley for a not-so-steep, car-free dirt road climb under the umbrella of trees. In addition to the Willow Creek option, there’s also the Fort Ross Gran route that takes out the King Ridge climb to create a slightly easier option.

For the 2015 edition, on October 3rd, event promoter Bike Monkey and namesake Levi Leipheimer have added the Panzer, which is more than just an alternate stretch of road, it’s a completely new experience. An already challenging Gran route features 102 miles with 9,000 feet of climbing, but that just got usurped by the Panzer’s 117 miles and close to 11,000 feet in climbing. In its inaugural year the Panzer route is limited to just 250 pre-qualified riders. Bike Monkey’s Greg Fisher explained the reasoning behind such a small number of riders allowed on the Panzer.

“Just on mileage and climbing numbers alone, the Panzer is an extremely tough course. Add the technical, corkscrew descents, the gravel sections, and the remoteness of the route, and we need to make sure that we’re matching the support and care we show on all our other courses before we open the door wide on the Panzer. That’s why we pre-qualified everyone that made it in this year and that’s why we have the field limit. We’ll probably be able to accommodate more riders in the future, but the challenge of this route will likely always demand some kind of eligibility requirement to enter”, said Fisher.

I was able to get an early preview of the Panzer course with Levi, Brian Finnerty (first finisher of the 2014 Gran route) and mountain bike pro Michael Hosey. Having ridden the Fondo the past four years I was pretty much in tune with what to expect from the area’s terrain and scenery, yet I was still surprised by the 19 miles of roads used for the Panzer that were all-new to the event.

Thirty miles into Levi’s GranFondo is when things really get memorable. Just after passing through the little town of Cazadero you turn onto King Ridge and navigate a rough, narrow road that is a lead in for the first real bite of the King Ridge. The climb averages eleven percent for over a mile then becomes like a rollercoaster ride along the ridgeline until hitting one of the main rest stops at mile 48. For us, on this day, there would be no cookies, fig bars, or friendly volunteers, just the four of us and our photographer and driver.

This is also the point where we said goodbye to the standard Gran course as we knew it.  Instead of heading down the most precarious descent of the route on Hauser Bridge Road, the Panzer continues along the ridge until finally dropping down its own technically challenging descent that’s fast and twisty, finally opening up to a redwood forest at the bottom. In a span of five miles we went through three micro-climates as we exited the redwoods and popped out on the coast at Stewarts Point where the Panzer rest stop will be located, 58 miles into the ride.

After a five-mile jaunt down Highway 1 along the water, the Panzer heads inland for what will without a doubt be its trademark feature—a gentle four-percent, three and a half mile dirt ascent of Kruse Ranch Road that meanders by ferns, moss covered rocks and every other shade-loving plant that grows deep in the forest. Other than a few small loose rocks along the road, there wasn’t much to worry about in terms of traction or pinch flatting, so those worried about equipment needn’t be. I happened to be on 28c tires, but a 25c would do perfectly.

Upon reaching the top, the 19 miles of Panzer-only riding was complete and we were back on the standard Gran route, intersecting it at the summit of Hauser Bridge Road, less than five miles from where we had deviated from the route originally. From there it’s the long gradual climb up Seaview Road, where every few minutes Levi would point out a road (some dirt and some paved) that intersected from the coast. Levi has grand plans for additional future route options and possibly even an ala carte style “build your own Fondo”, where you can select from a number of roads to hit the distance and climbing you’re looking for.

Of course, by the time we descended down “The Drop” (where you can hit speeds of 50+ mph if you so desire) on our way to the coast, we were faced with a big decision and one that all Panzer riders will have to decide come October—add in more dirt with Willow Creek, or stick to the pavement on Coleman Valley? Our decision was made easy with the report of muddy conditions at the bottom of Willow Creek, so we stuck to the road to get the last big climb behind us. I do have to think that most riders will double down on the dirt and take Willow Creek though.

While climbing up the one-lane road of Coleman Valley I had quite the internal battle—I was tired and would have been pretty darn content to have the ride end right then and there. But at the same time, the one-lane road that provided wide open views of the coastline made me feel guilty for ever even thinking such thoughts. It turned out to only be a moment of weakness and I pulled it together to enjoy the final 25-mile push back into Santa Rosa where it had all begun many hours before. With little to no help from me, we did the entire Panzer route in just over six hours of ride time. After getting my own personal Panzer tour I can attest to the fact that many more people are going to want in on the same experience during Levi’s GranFondo. The scenery and increased challenges from the extra mileage and climbing are enough of a draw for most, but for me, Panzer had me with one word: dirt.

Unless you’re one of the lucky 250 that got into the Panzer route within 90 minutes of registration opening, you’ll have to wait at least another year until more riders are allowed in. Until then, you’ll need to ride the Fondo route in sub-seven and a half hours to even qualify for one of the spots. If you did happen to get one of the coveted spots, then be ready for an epic day on the bike, and probably opt for 25c tires over 23c. It’s damn hard, but equally spectacular with a totally different ride experience than I’ve ever had at Levi’s GranFondo.

For more info on Levi’s GranFondo go to: www.levisgranfondo.com