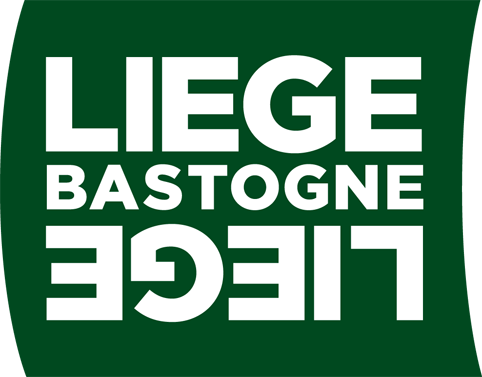 After the show of force by Katusha and the victory of Daniel Moreno on the Flche Wallonne, the compositions of the teams present on Lige-Bastogne-Lige take on a new light. Are the leaders the favorites?

The tactic, whether improvised or planned, is nothing new but continues to meet with success. A team-mate as talented as he is discrete is transformed by an acceleration or solo breakaway into a first-rate hunter of classics, in place of his usual leader. This was the recipe served up on Wednesday afternoon on the Flche Wallonne with Katusha’s second consecutive success, keeping its name on top of the final classification with the presence of Daniel Moreno, whilst Joaquim Rodriguez had to make do with a 6th placed finish, a result that nonetheless raises doubts in the minds of those who thought he was diminished by injury. For the Russian team, the dream scenario in Lige would be to have both riders present on the finish, with a possible consecration for Purito on ‘the only monument that I can genuinely hope to win’. However, the Catalan will of course be confronted with a pack of challengers.

In several teams, the temptation of backing two riders could end up confusing the issue. As such, Astana’s team will include a title holder, Maxim Iglinskiy, but also their star recruit of the year, Vincenzo Nibali, who was the main (but unfortunate) pace-setter on the race last year, as well as the 3rd placed finisher in 2012, Enrico Gasparotto. The situation will be just as difficult to work out with Sky, where leading riders Chris Froome and Richie Porte could make way for the Colombian duo Henao-Uran to take the reins. Similarly, questions can be asked about the real identity of the Euskaltel team leader, between Samuel Sanchez, present five times in the Top 10 in Lige, and Igor Anton, 8th yesterday on the Mur de Huy. The same can be said for Garmin, between Giro winner Ryder Hesjedal and Ireland’s Dan Martin, 4th on the Flche Wallonne.

Despite all these possible multi-faceted strategies, it seems that with or without Greg Avermaet, the world champion’s jersey and his record on the Ardennes Classics make Philippe Gilbert the undisputed leader of the BMC team. This is his final chance to save his spring classics season. Gilbert is also the leading hope for Belgium, a nation without a victory at this point of the season in 2013 on the classics and semi-classics. Belgian national pride will also be defended by Jelle Vanendert. However, the French have rarely been in such a promising position since the triumph of Bernard Hinault in 1980: Pierre Rolland now has sufficient confidence to be counted as a potential winner. Let’s not forget Poland either, which has never managed to put one of its riders on the podium, but which this time, in the person of Michal Kwiatkowski (4th on the Amstel Gold Race and 5th on the Flche Wallonne) perhaps possesses the ideal man to stage a hold-up.

AND THERE’S MORE….
Belgian world champion Philippe Gilbert is expecting Sunday’s 99th Liege-Bastogne-Liege classic, which he won in 2011, to be a tactical affair.  “It’s going to be more tactical and therefore important to rely on your team, I’ve got confidence in them” Gilbert said of his BMC outfit, before lamenting the absence of two of his teammates. Here we’re competing without (Tejan) Van Garderen and without (Cadel) Evans, it’s going to make a big difference,” said Gilbert, who could manage only 15th in the second of the Ardennes classics, Wednesday’s Fleche Wallonne.

The American team’s manager John Lelangue explained that American Van Garderen was sidestepping the 261.5km showpiece known as the doyen of the one-day classics as he has recently become a father, while Australian Evans is otherwise engaged in a race in Italy. Gilbert believes that to be in with a winning chance it’ll be crucial to be in a strong position by the time Sunday’s race reaches the bottom of the Saint Nicholas climb, seven kilometres from the finish.

“I see a group of 40-50 riders at the foot of Saint-Nicholas…the last climb towards Ans is always tricky enough, it’s difficult to maintain a lead of 10-15 seconds, it risks being tight,” the 30-year-old said. “A lot of riders are on the same level, no one can cancel out a rival,” he added, reflecting on the way the two Ardennes classics already staged, the Amstel Gold Race and the Fleche Wallonne, escaped the clutches of the fancied competitors.

The local rider, known in the peloton as ‘the boar of the Ardennes’, believes it’s a plus to be competing in Belgium.

“To ride at home is an advantage. It always brings back memories for me, of my childhood, the start of my career and more recently my victory (two years ago). I always feel lots of emotion, I try to be at my very best. Mentally I’m ready, we just need a bit of success. The dream of my career was to be world champion – I’ve done that, but to win a classic, and especially Liege-Bastogne-Liege with this team, that’s something that I never dared dream about.”

Among Gilbert’s main dangers will be Katusha team leader Joaquim Rodriguez, who fell in last Sunday’s Amstel and who had to settle for sixth behind teammate Daniel Moreno in the Fleche-Wallonne.