At the leading edge of a French legacy 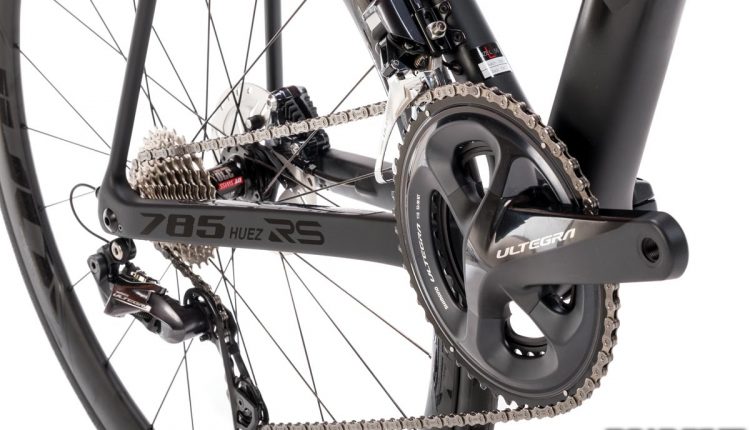 Of all the legendary climbs of the Tour de France, the 21 hairpins that lead up to Alpe D’Huez are among the most renowned. Towering 6100 feet in the French Alps, the switchbacks have acted as a backdrop for the Tour since 1952 as riders scale the nearly eight-percent average gradient of the nine-mile long climb.

A year before the Alpe’s entry into the Tour, Look got its start as a Ski bindings manufacturer in Nevers, France. The company evolved its performance retention technology and began production of the first clipless bicycle pedal in 1984. Success quickly followed in ‘85 and ‘86 with Tour wins by Bernard Hinault and Greg LeMond. In ‘86, LeMond was the first Tour winner to use a frame made with carbon fiber (and aluminum lugs), a Look-branded one at that. Thirty-six years later Look continues its legacy of innovation with a series of bikes inspired by the extremes of the Alpe. 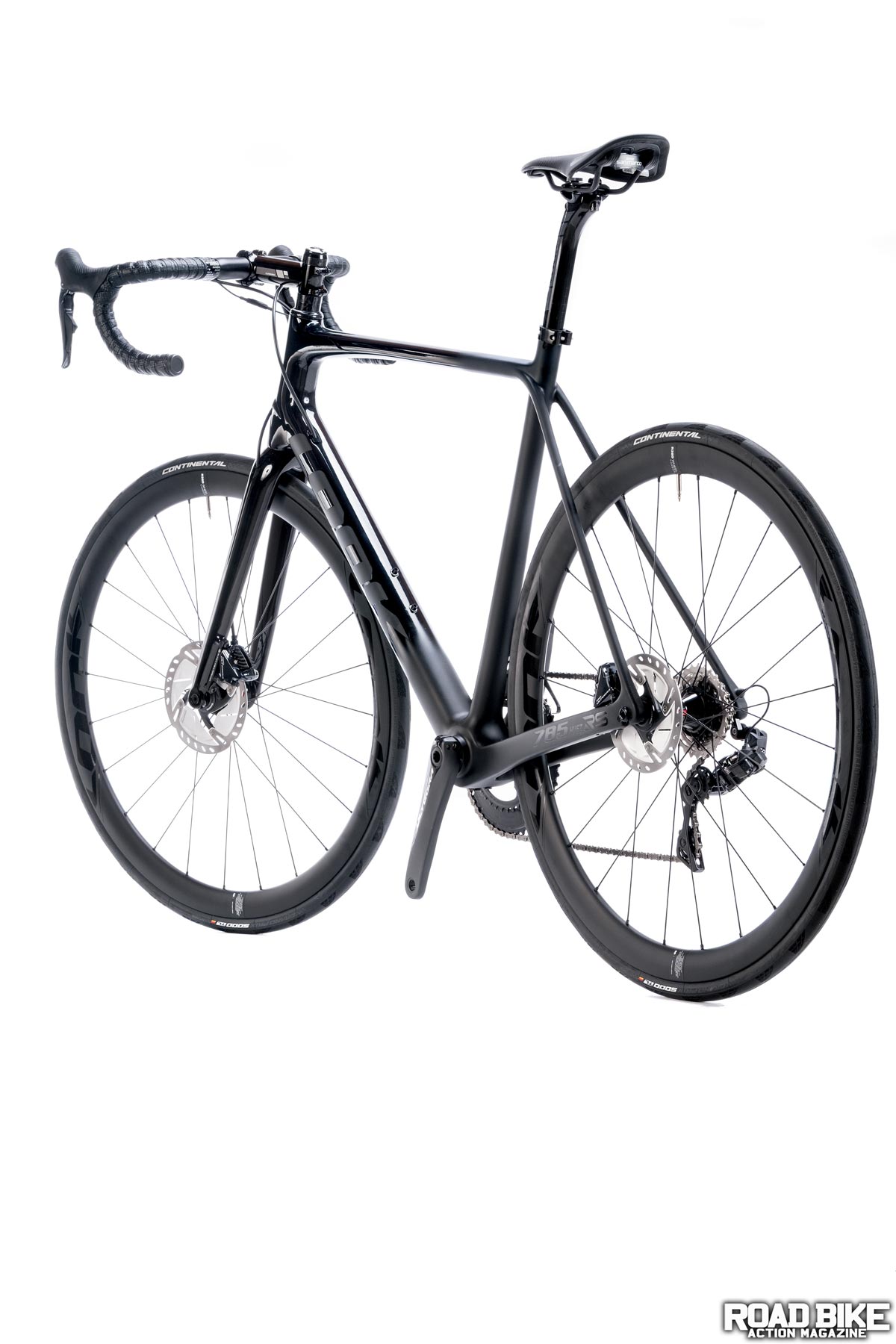 Look’s 785 Huez collection was redesigned in 2019 in two disc-specific framesets, with a focus on a precise carbon layup to minimize excess weight along with an emphasis to maintain premium ride characteristics. The standard 785 Huez and 785 Huez RS were the result. They both gained a stiffer frame with a highly responsive geometry and a claimed 910-gram weight for a size small RS. Look relied on purely high modulus carbon fiber for the frame construction of the RS, but still, the frame gained about 180 grams over the previous rim brake model. The standard 785 Huez relies on less high-modulus carbon for more affordably priced builds.

Much of the updated design properties are hidden within the traditional silhouette of our subtle gloss-to-flat black 785 Huez RS frame. For anyone new to the cycling world and those yet to experience a disc brake ride; they require more support at the hub which results in the use of thru-axles rather than quick-release skewers. This creates much more stiffness and generally improves the overall handling characteristics of any bike. The Huez gained these attributes as well as clearance for up to 30mm tires. Consider the improved braking performance that comes from the pairing of disc brakes and wider rubber, and you have a bike that’s primed to perform best on descents as well as climbs.

A steep 73-degree head tube angle is paired with a relatively long 100.6cm wheelbase on our size large. The wheelbase adds stabilizing properties, while the front-end design encourages a precision response. A long 39.5cm reach and high 58.1cm stack make a rather tall coupling. The overall fit of the 785 Huez skews big; we’d suggest riders in between sizes to size down.

For 2022, Look is offering three complete builds of the Huez with the standard frame, as well as a stand-alone RS frameset. The RS frameset runs for $4000. Complete builds start at $3100 for a mechanical Shimano 105 drivetrain. Both of the remaining builds feature SRAM’s 12-speed wireless Rival AXS group with a choice of alloy Fulcrum rims or Look-branded
carbon hoops.

We received a build of the RS frameset with 11-speed Shimano Ultegra Di2 that was a standard offering in Look’s 2021 catalog. Semi-compact 52/36 chainrings are paired with an 11-30 cassette for a well-balanced build ideal for most types of terrain.

A Look-branded alloy cockpit maintains a traditional aesthetic with a round 42cm bar and a 7-degree 110mm stem. Upgrading is made easy, thanks to the simple 1 1/8-inch steerer tube and semi-internal routing. A 27.2mm carbon seatpost completes the small parts stamped by Look as well. A Selle San Marco Short Fit saddle provides a narrow perch with a central channel to alleviate pressure.

Look spec’d their R38D wheels that are made in collaboration with Corima and provide a fairly modern foundation for the build. We like the DT Swiss 370 hubs and the tubeless-ready spec. Look claims a set of the R38s tip the scales at 1660 grams. The rims are 38mm deep and are a bit narrow with a 19.3mm internal measurement. This made mounting the 25mm Continental GP5000 TL tires difficult, which resulted in us tearing the pre-installed rim tape. The Continentals are notoriously demanding to install by themselves, so it was no surprise for us when we had to re-tape one of the rims. We’d recommend running the pre-installed tubes with the GP5000s until the tires wear out and upgrading to a better-suited tubeless tire, like a Pirelli P-Zero or an IRC Formula Pro.

Compared to our previous Look Huez test bike from 2018, the updated design is much stiffer throughout and more than a pound lighter. Our build weighs 17 pounds flat, which is competitive with similarly priced bikes. Considering our Specialized Tarmac SL7 test bike is priced about $1000 more expensive and weighs about 16.75 pounds, the 785 Huez RS provides solid value.

We hit big climbs for much of our testing, as well as our usual group rides. The bike is quick to vault up climbs. We found ourselves with more than a few PRs on some of our regular hills. Sustained efforts are aided by the stability of the wheelbase, which provides a planted feeling with ample traction for when the grade goes negative.

On descents, we quickly realized that the Huez likes going fast. With the Semi-compact drivetrain, we were able to hit speeds upwards of 41 mph consistently with a comfortable cadence. The Huez is quick to respond to inputs and encourages committing to rail a corner rather than checking up to re-adjust one’s line. This precision handling does require some intermediate ability, but it’s balanced by the stability of the rear end and added traction the wider tires provide. We noticed vibrations through the handlebar during efforts, but it was nothing out of the ordinary for an alloy cockpit. 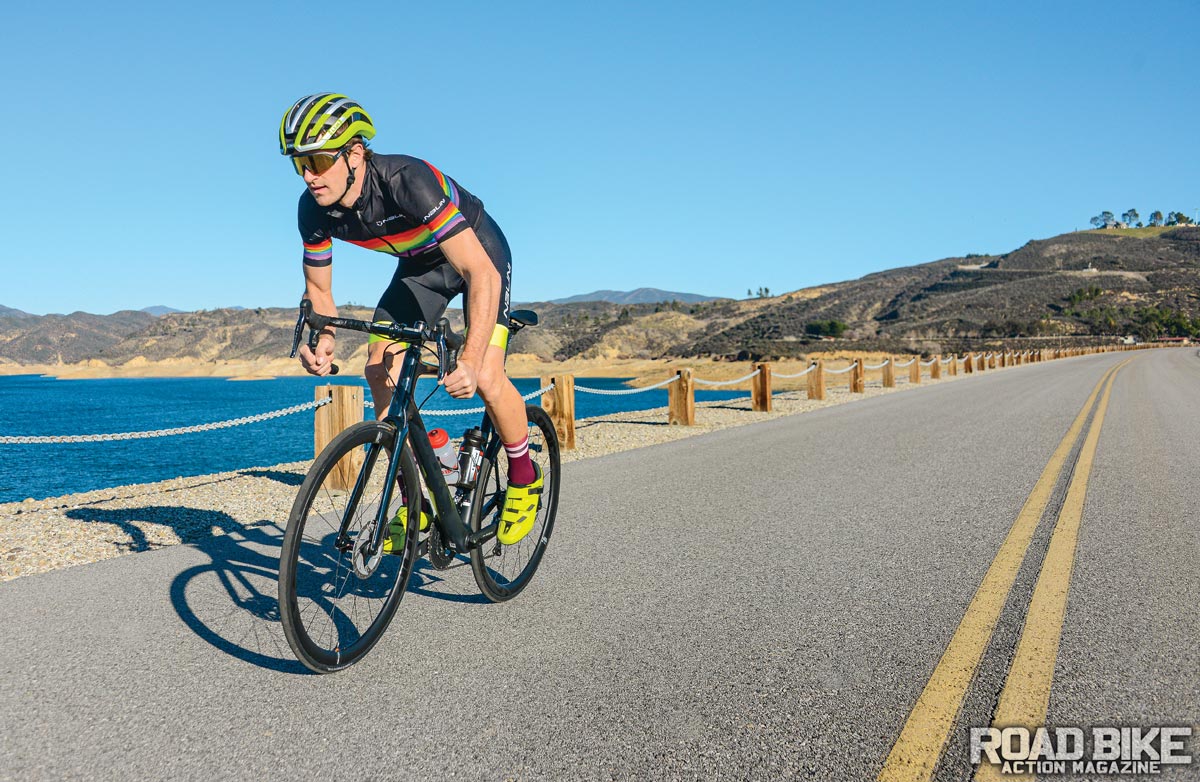 Look’s 785 Huez RS is at the forefront of the French brand’s legacy of pushing the boundaries of road bike tech. The latest redesign makes the 785 Huez much more well-rounded. Look’s engineers created a bike suited not just for the ascent of the legendary hairpins of Alpe d’Huez but for the descent as well. This logic benefits more riders than any purpose-built gram-saving design could.

We’d like to see a higher-end build offered, though. With no builds available of the RS frame and only SRAM Rival AXS and Shimano 105 builds available with the stand 785 Huez, Look’s catalog could use a premium touch to complement the RS frame. Although anyone can simply build out an RS frame, we’d like to see what Look can put together as they have done in the past. 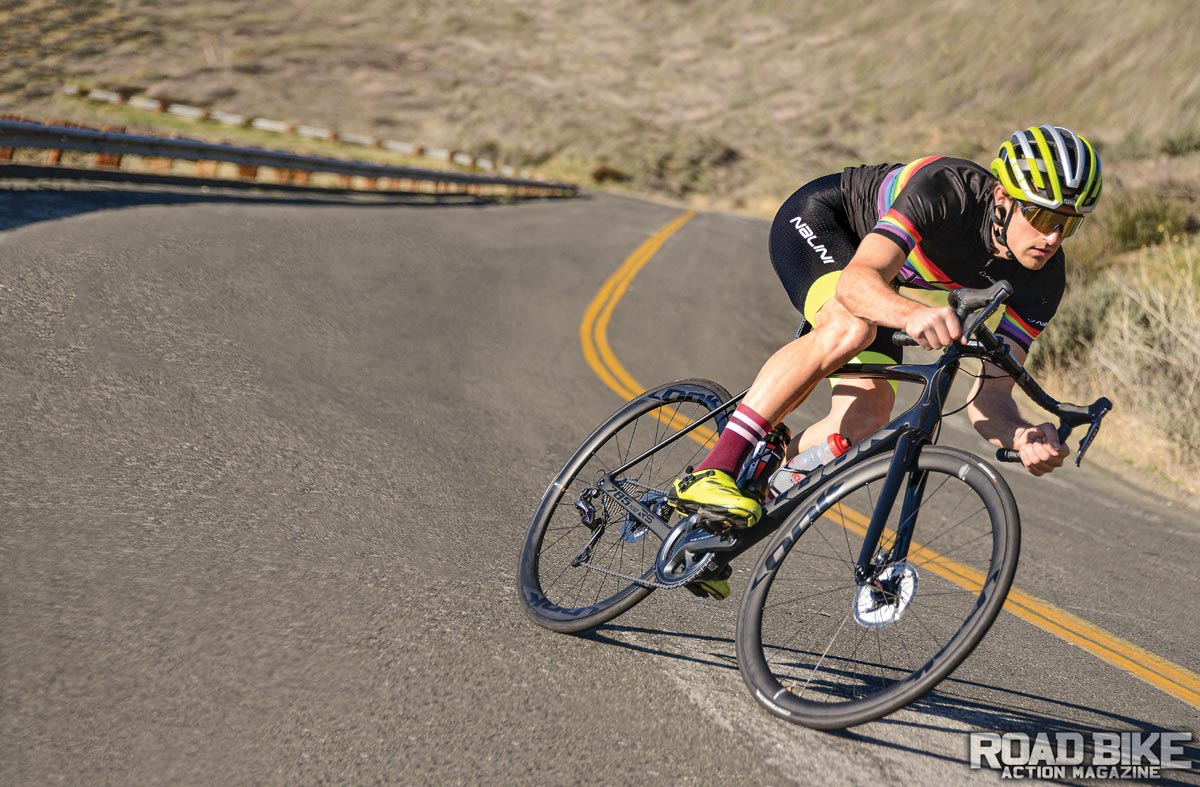