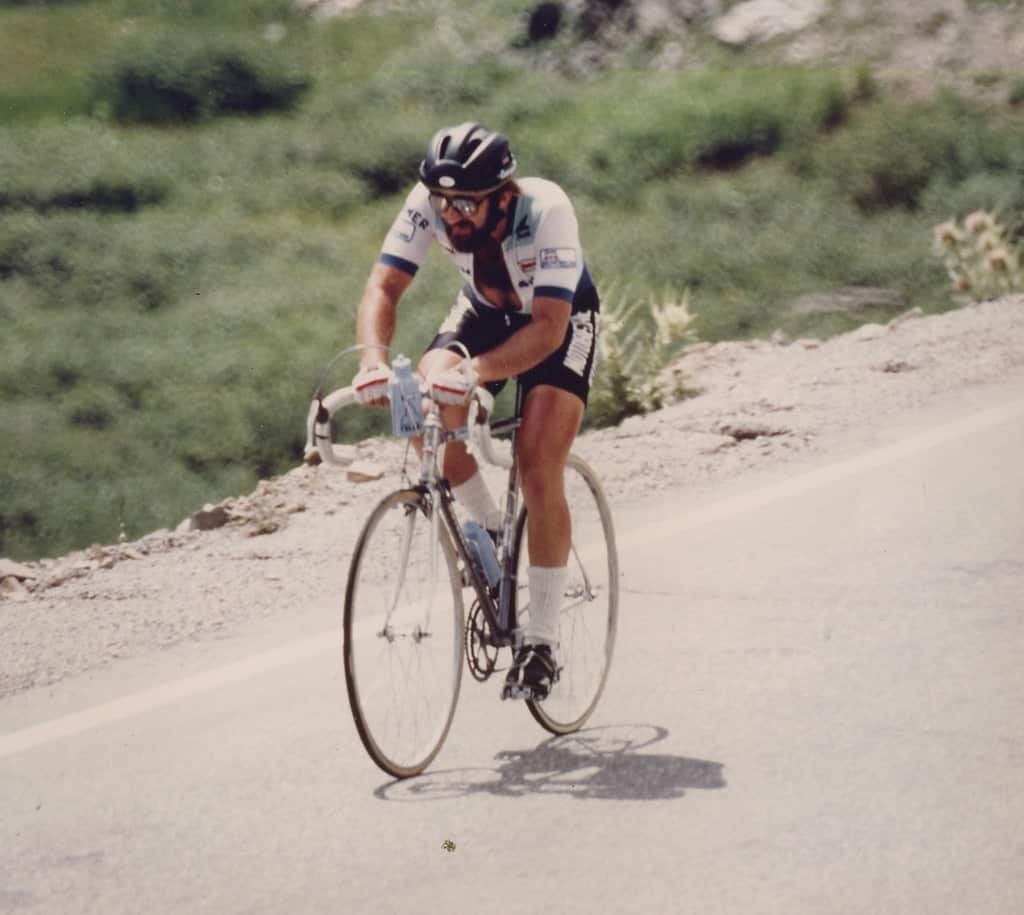 It was on a recent ride around the Pasadena Rose Bowl that a bearded ol’ gent rode up next to me before so capably pedaling on by. That he was riding a Canyon struck me as odd since the German bikes still aren’t available in America. Wanting to know how he managed to get one, I pedaled hard to catch up. When I finally did, I found that he had actually traveled to the Canyon factory in Koblenz to get the bike. As we rolled along some random  small talk led to mutual introductions. “My name is Michael Shermer,” he said.

I was flabbergasted! “You mean THE Michael Shermer from the RAAM (Race Across America) days?”

“That’s me,” he replied without a hint of the excitement that I had exhibited. And so we pedaled together for a few more miles with the promise that there would be more words to come. Until then, enjoy this tid-bit from the RAAM time capsule…(with an explanation below).

RBA: What was you most memorable RAAM moment?
Michael: After finishing 3rd in the 1982 RAAM I set out in the 1983 race to try to ride nonstop across the country with no sleep. I read about some guy who went 11 days without sleep in a UCLA sleep lab so I figured I could do it. Big mistake. 1800 miles into the race I started hallucinating that I was being abducted by aliens. I’ve written about this in my psychology writings and you can even see a clip from ABC’s Wide World of Sports when I’m crossing the Mississippi River and Eric Heiden interviewed me from the ABC film truck while I’m telling him about the aliens.

Michael Shermer — The Man of Many Miles

Michael Shermer – The Man of Many Miles