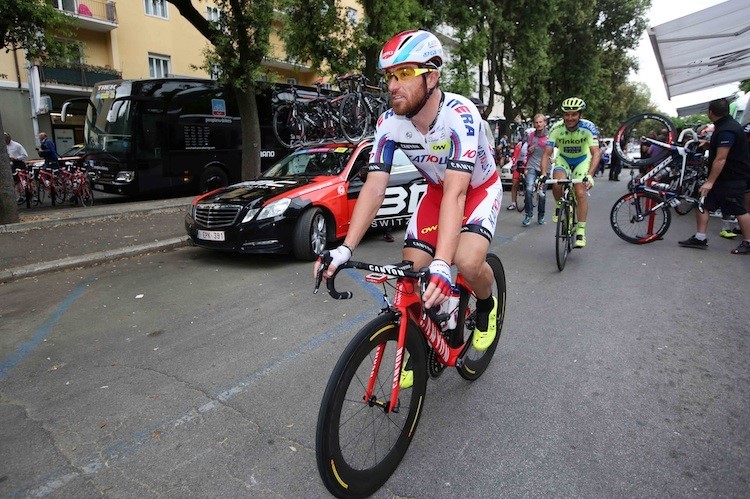 Press Release
Wevelgem winner Luca Paolini, age 38, will spend his next professional season again in the WorldTour Team Katusha. The appropriate agreement was signed both by rider and team management.

Luca Paolini is the key rider in Katusha’s strategy during the spring classics races. This season Luca was the rider who helped Alexander Kristoff to win the Ronde van Vlaanderen and to take a nice second place in the Milano – Sanremo. In addition, Luca took an amazing emotional victory for himself in the Belgium classic Gent – Wevelgem.

“Remembering the last spring classics season, I feel like I still have forces to remain in this sport. I feel I can be useful for the team and our leader Alexander Kristoff, I can get my own results, and I can help the young riders in the team with their professional development. This is the reason I immediately said “yes” when team management proposed a new contract to me. I am very happy with the fact that I will continue my career in the peloton,” said Paolini.

“Without any doubt, Luca Paolini is a great rider, and one of the most respected and popular riders in the professional peloton and with his many fans worldwide. Many times Paolini became that decisive factor that tipped the scales in our favor. I am very happy that Luca stays with our team. I know he has not voiced his last word in cycling,” said Team Katusha,  team director Viacheslav Ekimov.