Is this the beginning of the end for the Manx Missile?

Former world champion Mark Cavendish has joined Bahrain-Merida from Dimension Data on a one-year deal, the team announced on Friday.

Sprinter Cavendish, 34, who won the world road race title in 2011 and has 48 stage victories across the three Grand Tours, leaves Dimension Data after three seasons.

The rider from the Isle of Man said he made the move because he wanted to work under team principal Rod Ellingworth once again after their cooperation at Team Sky and with British Cycling.

Delighted to announce I’ll be joining the venture between @Bahrain_Merida & @McLarenF1 from next year.
A dream come true to work again with a company whose heritage, philosophy & attention to detail I’ve both been a fan of since I was a kid & experienced 1st hand to much success. pic.twitter.com/IUdmVLvIVq

“My relationship with Rod goes way back, and he’s been instrumental in helping me develop as a rider and a person,” Cavendish said in a statement.

“I can’t wait to join my new teammates and do everything I can to help us achieve the successes I know will come,” Cavendish, who is only four Tour de France stage wins behind record-holer Eddy Merckx, added. 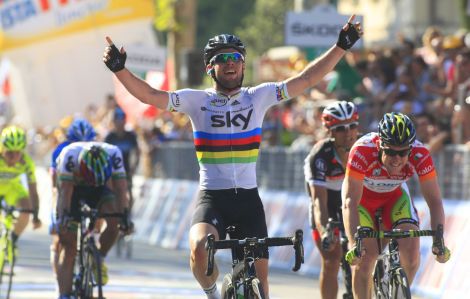