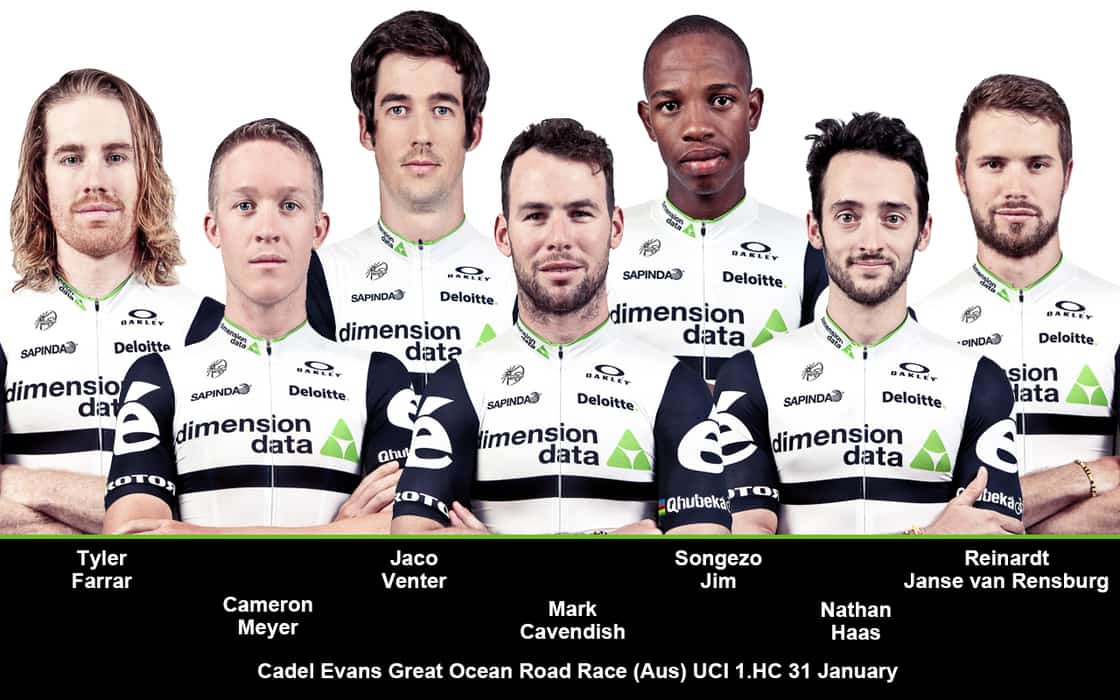 Britain’s Mark Cavendish Saturday said he was not in the Cadel Evans Great Ocean Road Race just to “roll around” as he prepared to compete in his first road race of 2016.

Cavendish, the winner of 26 Tour de France stages, will race in the second annual edition of the Australian road event on Sunday for Team Dimension Data.  The field includes fellow Briton Peter Kennaugh (Team Sky), Canadian Ryder Hesjedal (Trek-Segafredo) and Australian Simon Gerrans (Orica-GreenEdge), who earlier this month won the Tour Down Under around Adelaide.

“It’s great to be here in Australia, starting my season with the Dimension Data for Qhubeka boys,” Cavendish said. “I saw how the boys were going at the Tour Down Under and they all look to be in some pretty good shape.”

Cavendish said the race, named in honour of the first Australian to win the Tour de France, Cadel Evans, promised to be exciting right up to the end. “I can’t say how my form will be exactly as I haven’t raced on the road yet this year, but I didn’t come here to just roll around,” he said. “If I make it to the final, then I have as good a shot as any to challenge for the win.”

The event features nine UCI WorldTour teams, five UCI Pro Continental
teams, seven UCI Continental teams and the Australian national team.
Hesjedal said racing in the Tour Down Under in Adelaide had prepared him for the race which begins in Geelong and takes in some of Victoria’s coastal scenery. “I raced in Australia in 2012, the year I won the Giro (d’Italia), and I want to do that again,” he said.