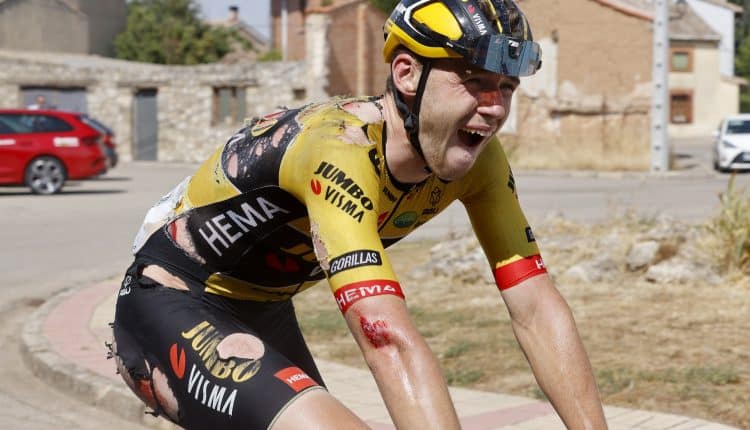 Several riders were hurt in a mass crash over a speed bump just under 500 meters from the finish line of the Vuelta a Burgos second stage on Wednesday. The crash brought down around a dozen cyclists who were racing at 35mph at the end of the run from Vivar del Cid to Villadiego. Frenchman Damien Touze of the AG2R team “suffered a head trauma, followed by a concussion following his fall,” said his team on Twitter. Touze was conscious as he was transported to hospital. Teammate Clement Berthet fractured a finger and was to undergo surgery on Wednesday evening. Both men were ruled out of the rest of the event.

Two riders from the Caja Rural team also had to retire after being caught in the fall — Orluis Aular (broken hand) and David Gonzalez Lopez (dislocated elbow).

Jannik Steimle of Quick-Step (broken collarbone) was also forced out.

Jumbo Visma’s Dutch rider David Dekker, who was the first to fall at the speed bump, inadvertently causing the domino effect, suffered scratches but no broken bones.

Jumbo finished in the top three on the stage with Timo Roosen edging out Edoardo Affini and Chris Harper. Colombia’s Santiago Buitrago, who won the opening stage on Tuesday, maintained the overall lead with a three-second advantage over Ruben Guerreiro. 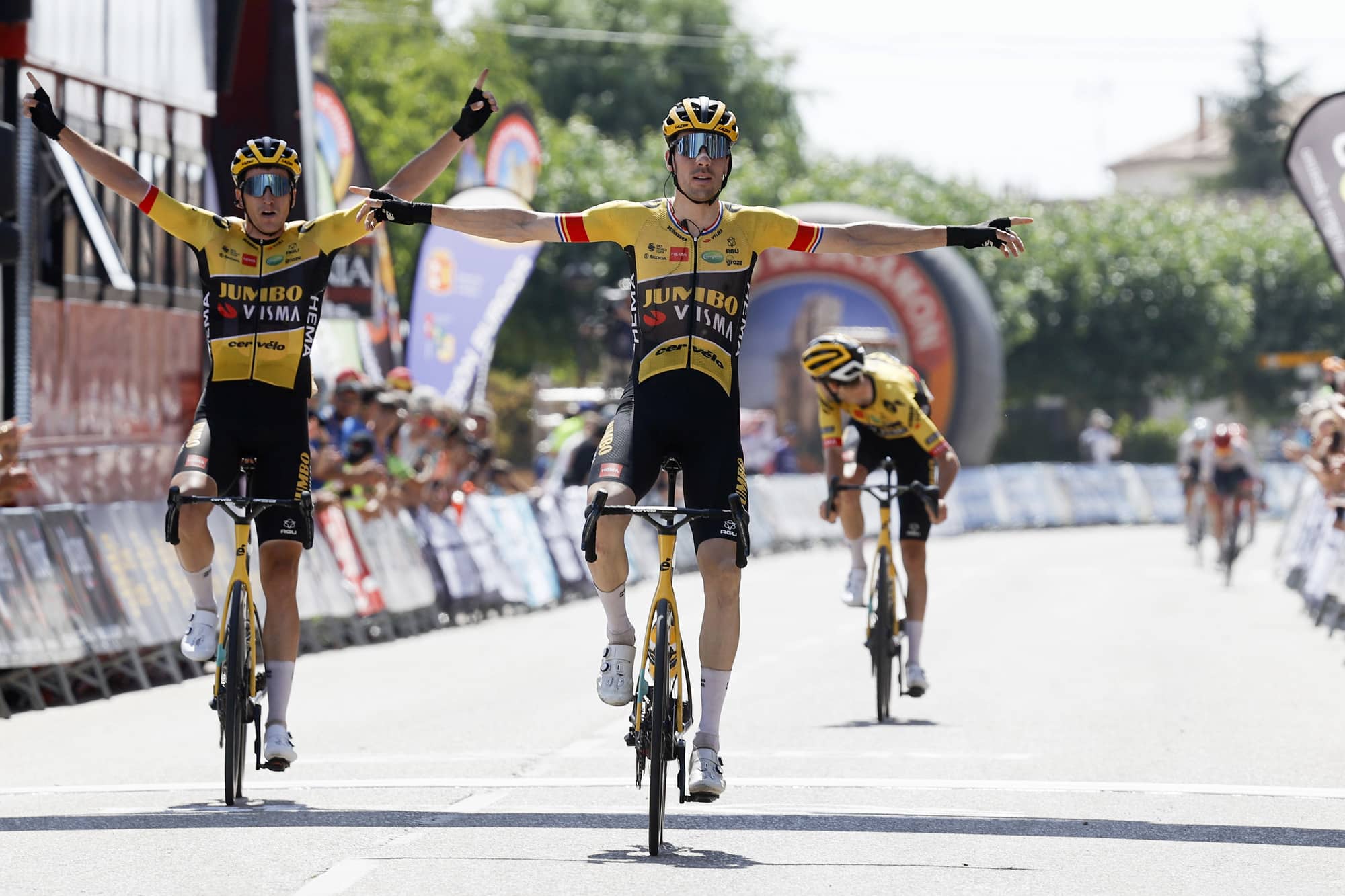