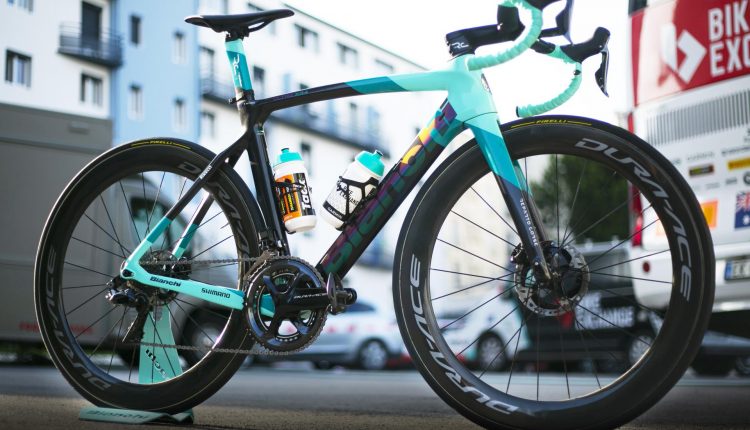 The Australian Team BikeExchange rider will compete at the Tour de France on a striking, bespoke-painted version of Bianchi’s flagship Oltre XR4. The customized, hand-painted frame was designed by Bianchi Reparto Corse, and features iridescent inserts as well as a personal message in the paintwork. 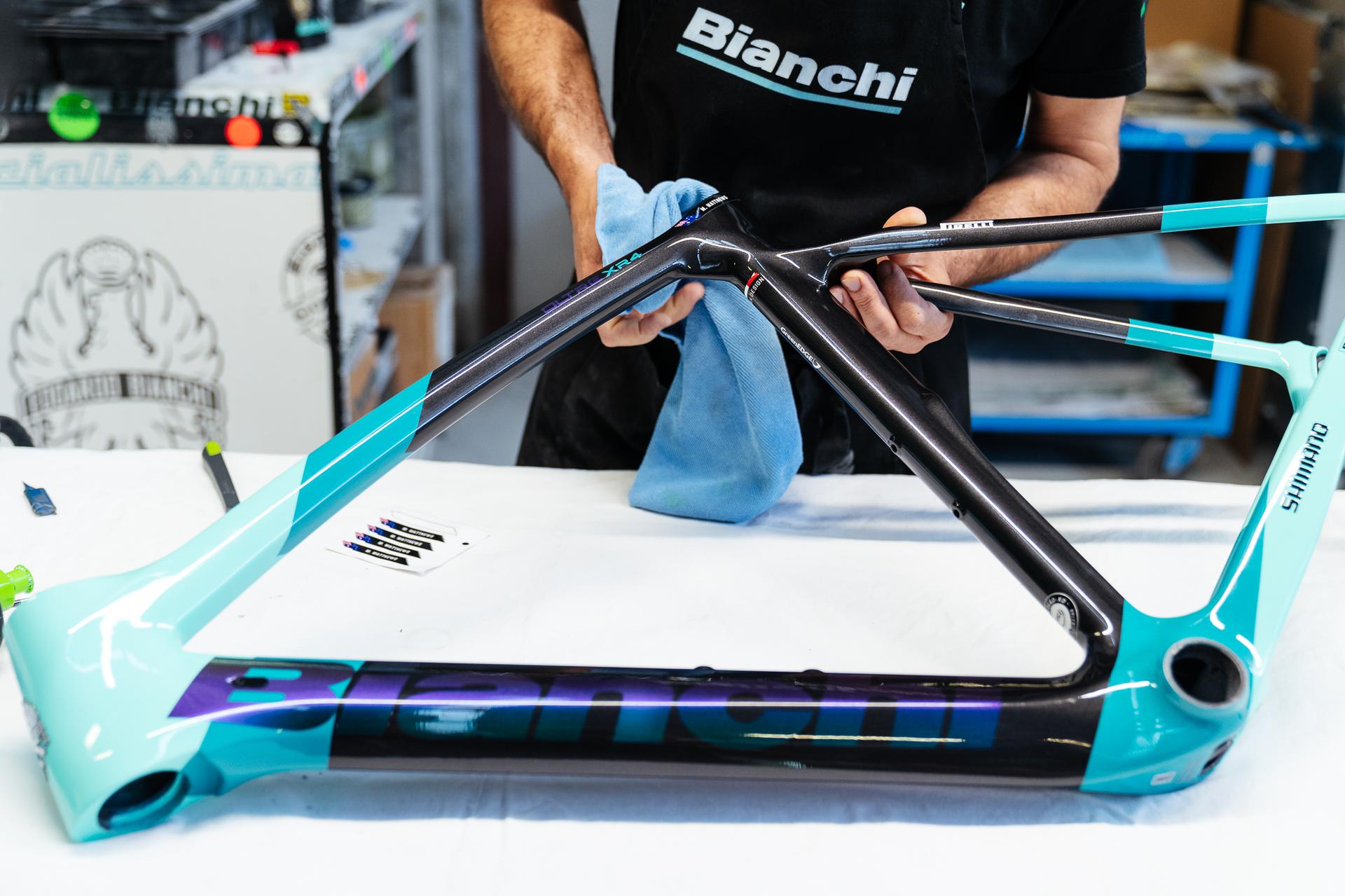 Bianchi and Team BikeExchange rider Michael Matthews have combined their creativity to create a signature Oltre XR4 model which the Australian will use on the roads of the 2021 Tour de France. The super-fast, aero flagship model from Bianchi’s legendary Reparto Corse was customised by Bianchi’s expert craftspeople, creating a new custom paint scheme.

With its legacy of innovation and inspiration, Bianchi Reparto Corse has been a valued ally to cycling’s greatest champions, and the special Oltre XR4 for Matthews provides the Australian with the perfect tool with which to go about the business of winning bike races.

With the color scheme use on the Team BikeExchange bikes as its starting point, Matthews’ Oltre XR4 is heightened with iridescent inserts which are placed on the Bianchi logotype on the down tube and on the Oltre XR4 logo along the top tube. This finish was created and hand-painted in-house by Bianchi’s expert designers and painters, the same ones who create the custom designs and signature collections for the brand’s customers around the globe. Celeste, grey, green, pink and violet are all present on the bike, differently exposed to the light hitting the frame.

“My Oltre XR4 is beautiful, thanks to this hand-made Italian paint job. For the way I ride and the stages I can do well in, this bike has everything: it’s super aero and it sprints fast. It’s a model from the Reparto Corse, so I know it gives me the best performance that a pro rider can ask for. The frame is super-sculpted, slimline, and everything is hidden and integrated, it’s just beautiful”, said Matthews.

As the first company in the world to create a racing division, Bianchi has put the same passion, knowledge and experience into this Oltre XR4 that has always distinguished the Reparto Corse.

The “Believe” black inscription also stands out on the top tube. “I like this slogan because it’s important to fight and to believe in yourself in a sport that is as physically and mentally difficult as cycling. In a race where there are difficult moments, a little slogan like this can make a difference. I must believe in myself, I can push hard and, I can achieve my dreams”, said the Team BikeExchange rider.