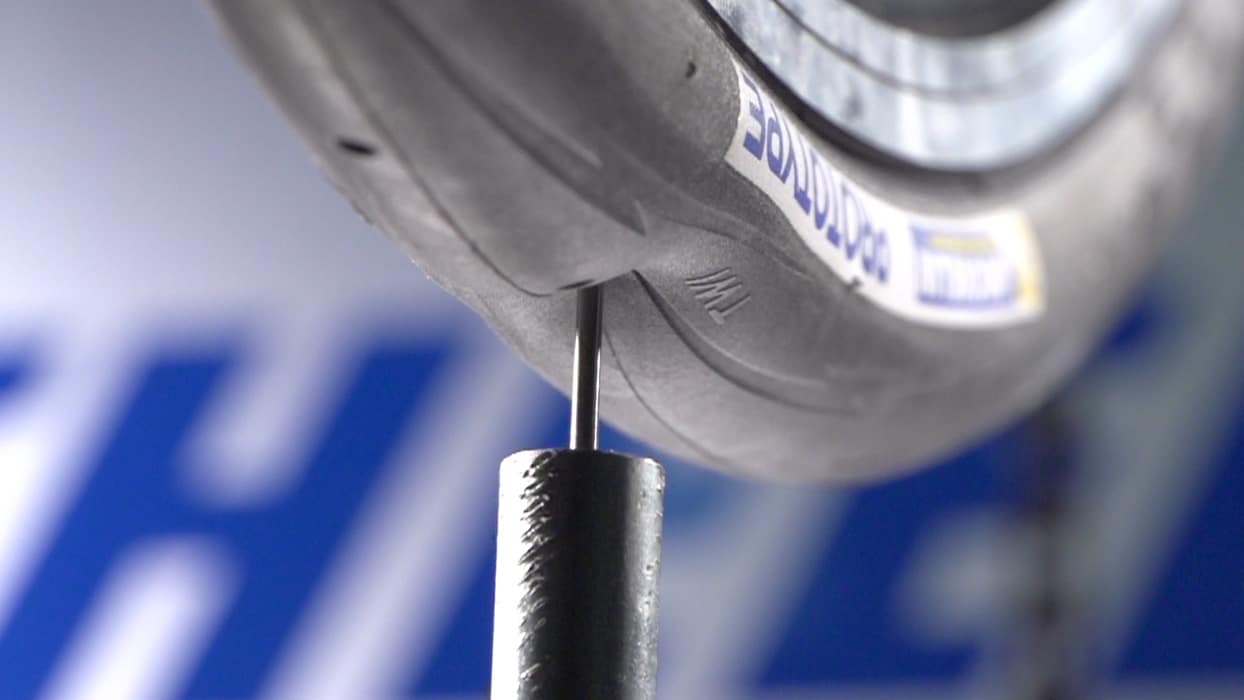 Year in, and year out, there is never any shortage of new product launches in the bike industry. In an interesting confluence of timing, new products releases and history, within a two week period I found myself riding bikes in the heat of the Canary Islands and the cold of Clermont Ferrand, France. Coincidentally, and more interesting, was that the two launches were not just for a couple of eponymously names companies, but in both Campagnolo and Michelin, we’re talking about THE two names that literally pioneered their respective product categories.

It was back in 1927  that Tulio Campagnolo invented the quick-release skewer before going on to start the company that would go on to pioneer the derailleur. Oh, that! For Edouard Michelin, it was some 38 years earlier that his vision of a revolutionary, new tire technology that would give rise to legacy of rubber mounted wheels that held air and changed the sport forever.

As it was stressed at the gigantic Michelin Technology Center in Ladoux where we gathered (just outside the city of Clemont-Fearrand where Michelin first set up shop over a century ago) by Michelin heavy hitters Pierre Robert (Director of Technology) and Karl de Quick (Two-Wheel Director), Michelin’s mission statement from the very beginning is less about tires, as it is the principle of mobility.

Thus, in addition to every type of car/truck tire imaginable, Michelin’s product history is as diverse as to include the design and use of street signs, a train, driving maps, and of course, the famous Red Book and restaurant kitchen star system that together have combined to helped define modern cuisine.

THE JOB AT HAND

What Michelin was intent on showing-off was their new range of Power tires that were to replace the three-year old line of Pro 4 tires. Three new tires were shown: Competition, Endurance and All-Season (with a North American specific Protection model soon to follow) and we were told that they were in fact so much a jump in technology that the evolutionary use of Pro5 nomenclature was thought insufficient. The big gains for each tire were based on three key criteria: grip, rolling resistance and puncture resistance.

In one of the more entertaining tests I’ve witnessed, Michelin trotted our group of 30 journos out onto a small, wind-swept, oval track (one of 41 test tracks on site) that had been profusely watered and had some crusty, old test rider in a full set of Dianese leathers do laps on an electric bike mounted with the All Season tire. As with all the tests we were about to engage, Michelin relied on an extensive level of supporting GPS data to provide added accuracy, here in terms of comparing levels of allowable tilt and slippage. After a dizzying amount of laps at a high enough rate of speed that should’ve induced a fall, the test rider never went down.

Michelin claimed a 15% improvement in grip due a new compound and the Hi-Grip tread design that has a higher density of siping towards the shoulder of the tire. In addition, the tire boasts added aramid protection and decreased rolling resistance which Michelin claims can provide a savings of 5 watts of energy per pair. The casing is comprised of three 60 tpi plies. As with the other two models, the All Season tire will be available in 23, 25, and 28mm sizes in a range of weights from 235g to 295g. Retail prices were not provided for any of the tires.

As I stated up top, over the years I have attended plenty of product launches where plenty of bold assertions are made on the performance any particular company’s new product. Although in fine French tradition the morning conference session was especially notable for hitting the red line in boastful assertions, what Michelin did to give credence to the lofty numbers attributed to the road racing Competition tire (efficiency gain of 10 watts with a 25 % reduction in rolling resistance) was to put the assembled journos “in the lab” to compare and contrast the R&D results.

With a fleet of high-end bikes (all mounted with Stages power units) and a vast assortment of spare wheels at the ready, we gathered at a tent next to the 5km long P3 course where we would do one lap on the old Pro4 tires and one with the new Power Competition rubber. To best indicate differences in rolling resistance, we were also told to (do our best to) maintain 180 watts for the duration of each lap. Although we were never made certain, we were told the tires were all inflated to “around”  7 bar/102 psi.

At the end of all the laps, by Michelin’s calculations the lot of us averaged 18.7 seconds faster between the old and new rubber.  The Competition tires run with a casing comprised of three 180 tpi crown plies. will be available in 23mm and 25mm sizes with weights of 195g and 215g respectively.

A COLD DAY IN THE HILLS

Our final test came the following day when we set out on the Endurance tires for a 60k ride in the Chaine des Puys volcano range that shadows over the city. On the ride we were accompanied by members of a local pro team who kept the pace high, but not always according to the map. Although the ride began near the factory in reasonable conditions, the weather began to deteriorate as we climbed higher. Soon enough we were passing patches of snow. It was cold.

The Endurance tire uses a silca based, dual compound tread and Michelin claims it has 10% more longitudinal grip and 35% more lateral grip. Honestly, by the time we started descending my hands were so frozen over that the only grip I was concerned about was that of my hands on the handlebars.

The Endurance tires will show in 23, 25, and 28mm sizes and not just in black but also red, blue and white with weights running between 220-255g. There are three layers of 110tpi plies in the tire’s crown.  Michelin’s performance claim for the Endurance is that it produces a savings of 8.6 watts.

Odd notes: unfortunately the tires are not tubeless ready. Odd, especially since Michelin pioneered tubeless tech in the mountain bike side of things. When pressed for the reason why, we were told that although they have “a solution”, they “are just waiting for market demand to grow.” Although they spoke of increased performance with their latex tubes, Michelin does not import the inner tubes in America.

In the end it seemed that every journo came away impressed with two things: the evident effort in time and resources that Michelin poured into the project (the sort that only a company this size could probably pull-off), and the daring they displayed in putting us through the same on-track R&D protocol (that they relied on 125 times previously) to get similarly impressive performance numbers.
We’re looking forward to mounting the tires on our own bikes, to ride on our own roads with our own psi settings to come away with a better opinion of just how well the tires roll.