We explore WorldTour and Zwift racing, plus check out the latest from Vittoria

After a disappointing 2018 season the EF Education pro Cycling team came away with an early season victory at the Tour Colombia.  Taking the 14 kilometer first stage team time trial, the squad finished 8 seconds ahead of Deceuninck Quickstep and Team Sky rounded out the podium 10 seconds behind. 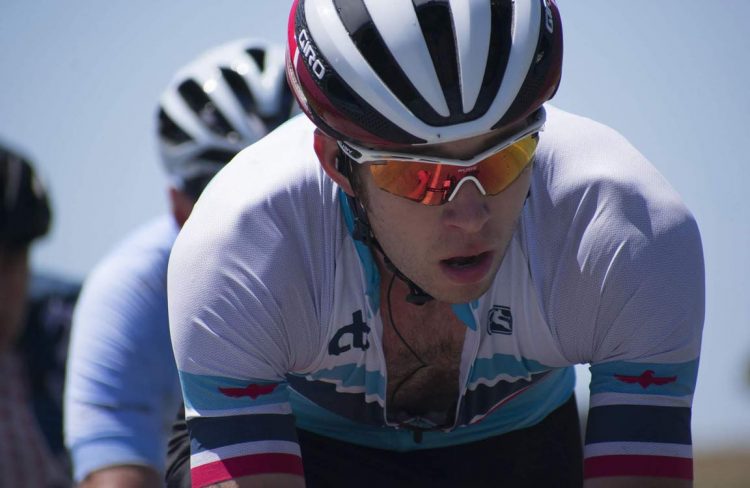 You’re not aimlessly wandering through life or your workday, and you can’t aimlessly wander through workouts, either. Each training session has to have a known and explicable purpose, even if that purpose is to spend an unstructured hour riding your bike.

If you’re following a training plan – even if you’re working with a hand-built plan from a coach – you should still know why you’re doing today’s workout. As coaches we can tell when you’re just punching the clock on your intervals and when you’re in sync with the purpose of that workout.

Sometimes athletes lose touch with the overall purpose for their training, too. It’s easy to be motivated and eager when a goal is new and fresh. It gets harder when you’re five months into training and the goal is still 6 months away. Sometimes I have athletes create a Goal Sheet and start each week by reading it – out loud. 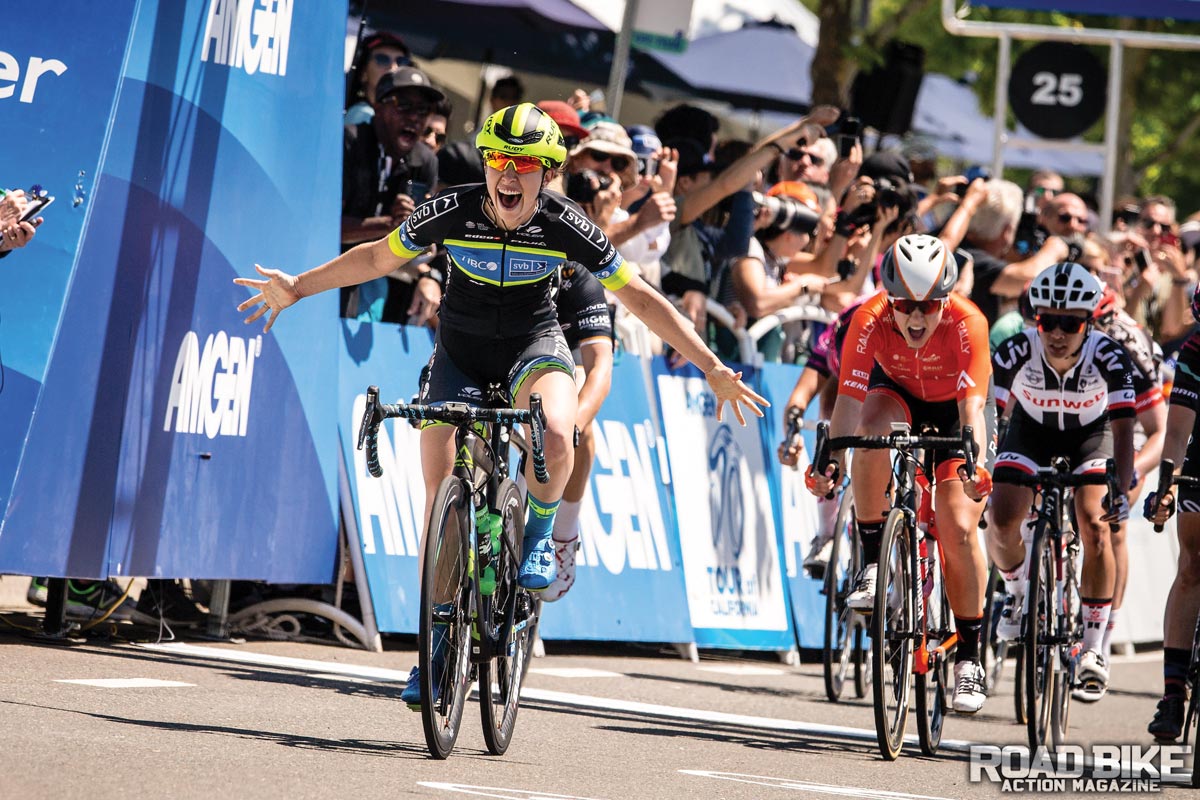 You were able to win the opening stage of the Amgen Tour of California this year, which put you in the yellow jersey. How does that compare to your other accomplishments thus far?

Winning the stage into Elk Grove was the biggest win of my career. I’m super proud of that win, especially as someone from California. To put a convincing distance ahead of everyone else gave me a lot of confidence in the sprints. I had also never been noticed at the WorldTour level as a serious sprint contender. I never had pre-race interviews, or a call up to the line in road races. I had never even worn any kind of leaders jersey in a stage race.

After that day a lot of that changed, a lot of firsts for me. Feels like I gained a lot of respect, and I let that soak in and marinate while I had that yellow jersey. The yellow jersey is one of the holy grails of cycling, and I had it on my back for a day. It was a tough Stage 2 racing in Lake Tahoe, but definitely one of the best days I’ve ever had on a bike wearing yellow. I was still in the green jersey after the mountain stage and wore it on the final day in Sacramento. 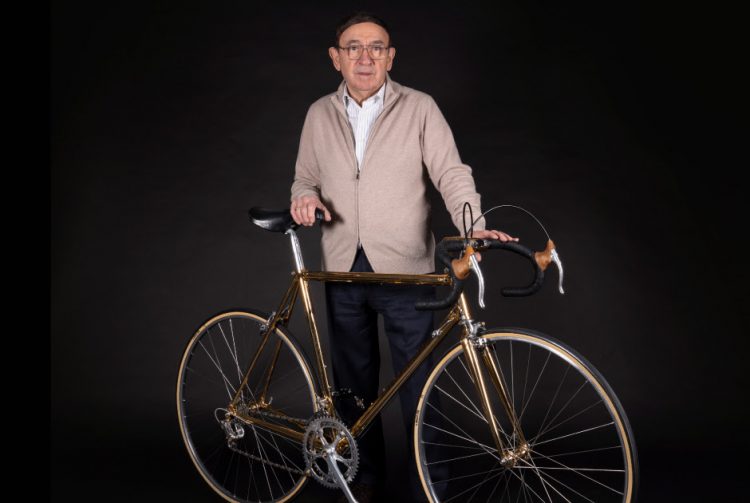 A unique masterpiece of its kind. As usual, for the celebration of the 87th birthday of Ernesto Colnago, the company that bears the name of the Italian entrepreneur, presents a world unrivaled bike: the Colnago 87. A special bicycle manufactured in a single piece, the result of experience of a life-long work experience and the dexterity that made the company famous around the world. 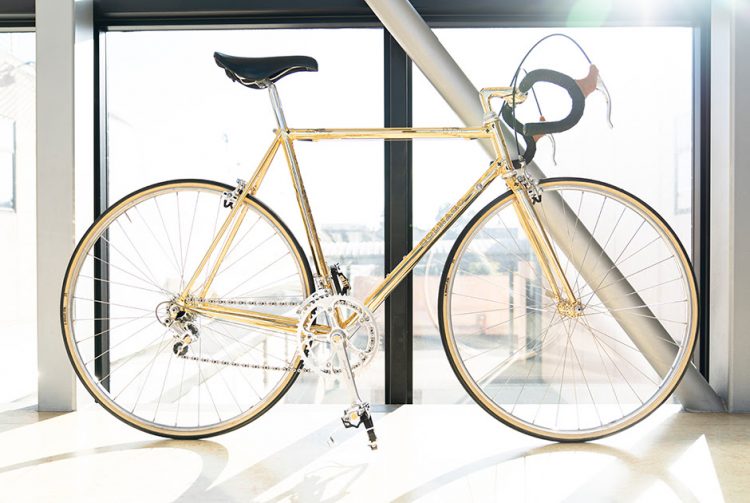 The Colnago 87 is inspired by bike donated by Ernesto Colnago to Pope John Paul II in August 1979. After forty years, a unique, extraordinary bike is reborn.
Based on the historical and famous Arabesque frame, the Colnago 87 is equipped of steel pipes with elaborate conjunctions and finished by hand. A masterpiece of manpower that is part of Colnago style and design.
The Colnago 87 was officially presented during the birthday party of Ernesto Colnago held at Old Royal Naval College in London.

Spain’s Ion Izagirre claimed victory at the Tour of Valencia on Sunday after Dutchman Dylan Groenewegen won the fifth and final stage.

Groenewegen of Jumbo-Visma pipped Alexander Kristoff in the bunch sprint while Matteo Trentin, who won the second stage, took third.

Often compared to Britain’s Mark Cavendish it was the first win of the season for the man who sprinted to success twice during the Tour de France last season.

But Astana’s Izagirre triumphed overall on Sunday, coming in seven seconds ahead of his closest rival and fellow Spaniard Alejandro Valverde to secure his first success of the season.

“It’s been a while without winning, without having this feeling and this taste in my mouth,” Izagirre said.

“It’s what I crave and what I wanted most. We have started the season in the best possible way, with a victory for me and for the team.” 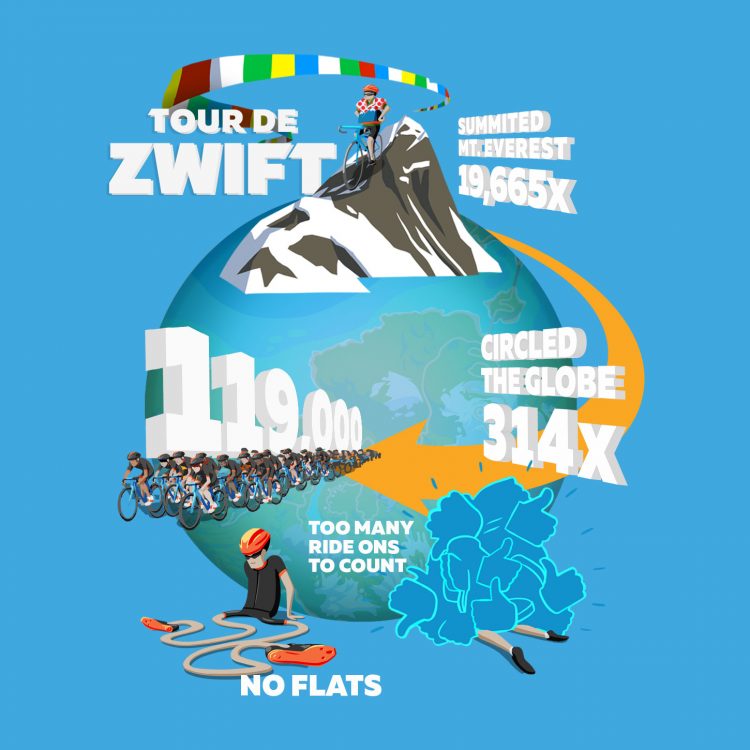 The Tour de Zwift is an annual event for Zwift, taking place from January 3rd on through to the makeup days in the first weekend of February. This time around, it was nine stages across all five Zwift maps with a variety of routes within those worlds.

Stage One came out strong with 43,182 Zwifters completing it, which would be like watching 198 Tour de France pelotons in one stage. In order to accommodate multiple time zones, Zwift ran a total of 468 events in these nine stages, making it super accessible to everyone.

THIS JUST IN: VITTORIA TIERRA 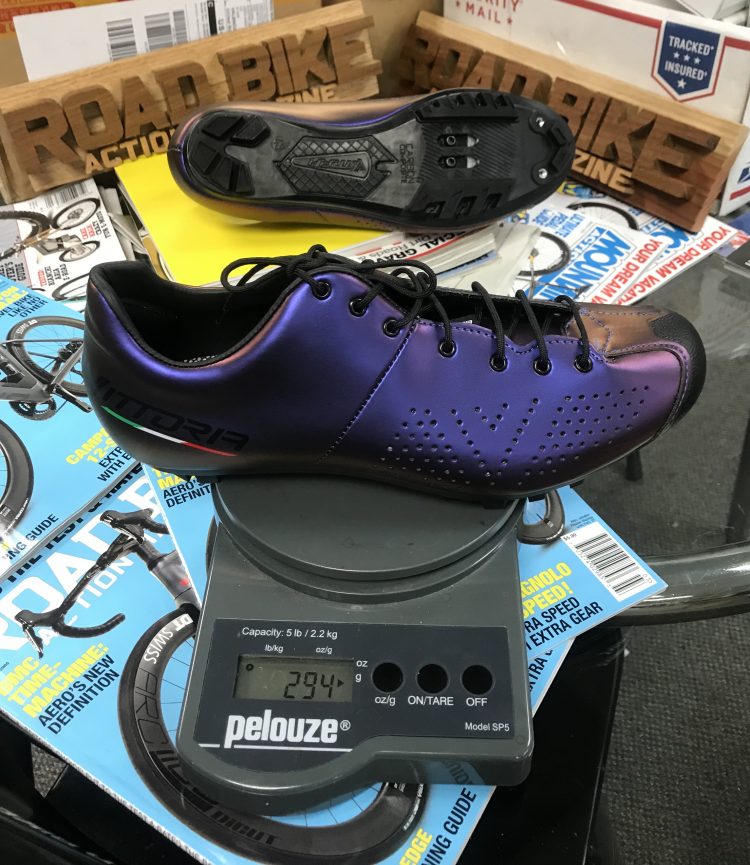 Vittoria just shiped a few pairs of their Tierra gravel shoes to the RBA HQ. A pair weighs just under 600 grams and is priced at $400. Check our site soon for more info. 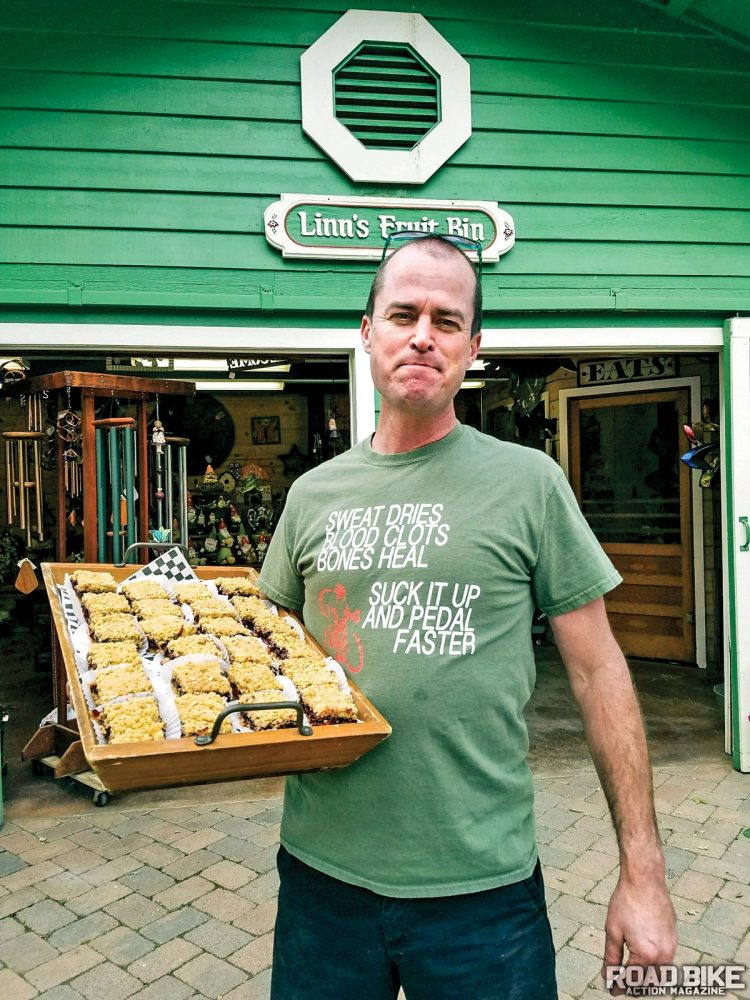 Soon enough, a young guy with a big smile walked around the corner. This was Aaron Linn, son of John and Maureen Linn who founded the family-run fruit farm on which we stood some 40 years previous. No sooner did we shake hands when he immediately began asking me questions about the Lauf True Grit I was riding. It was obvious that he knew something about bikes.

Aaron invited me inside the on-site store for a look-around and a cup of coffee to wash down that third oat bar. As interesting as all the talk about the farm was, my ears really perked up when he began telling me of his own cycling exploits. It turned out that Aaron was a very accomplished racer in his younger days, and just to prove the point, he took me out to the barn to check out an old Pinarello TT bike that was once his regular mount.

By far the most interesting take-away from my brief visit (besides a fourth oat bar) was realizing again the role that cycling continues to play in so many varied facets of modern-day life. That a family-run fruit farm located in a remote, stunningly beautiful canyon is also a mainstay in California’s central coast cycling community is testament to that. And for both locals and tourists alike, we are all the better for it.

RBA: When did your family move to the area? What was the story of how the family business got started?

Aaron: Our family moved to Cambria from Denver, Colorado, in 1976. I was two years old when my parents laid down the first agricultural roots on our farm. They purchased two parcels that were part of a larger ranch and a home in Cambria. Within months they realized they weren’t going to get anything done without living on the farm. Since the parcels were raw land, there was no infrastructure and no buildings. They bought a trailer for our family of five and plunked it down in the flat part of what today is our store property. Dad planted boysenberries, raspberries and a relatively unknown berry called the olallieberry, a hybrid berry created in 1949 at Oregon State University.

“I was aware of the talent factor—that is, I knew I was good, but compared to the giants of the sport, I really wasn’t.

Within a year they realized the need for more income than what was made selling raw produce, especially since berry season only yielded during summer months. Mom started canning and preserving the berries, and by 1978 we were selling jams and further operating a farm stand. A local restaurant wanted pies, and within a short time Mom was making pies for them, and their customers began asking where they could get more.

In 1989 we opened a restaurant in Cambria, and nearly 30 years later it has become a celebrated destination and has been featured on the Food Network and in various publications, such as Sunset magazine and Westways.

Three fully stocked, gourmet rest stops at 31km, 77km, and 119km, with the 10 Speed Coffee Truck on course after the final KOM climb at 134km.