Richard Carapaz sealed his first Giro d’Italia to become the first cyclist from Ecuador to win a Grand Tour race
after Sunday’s final 17km time-trial stage in Verona. The 26-year-old Movistar rider finished 1:05 ahead of former two-time winner Vincenzo Nibali of Italy, riding for Bahrain-Merida. American Chad Haga of the Sunweb team won the 21st and final stage of the 102nd edition of the three-week race around Italy.

Carapaz finished 36th in the stage which finished in Verona’s Roman Amphitheatre, 1min 12sec adrift of Haga, but it was enough to seal victory for the Ecuadorian competing for the second time in the race after finishing fourth last year. He won two stages — the fourth at Frascati and 14th at Courmayeur — and wore the leader’s pink jersey for eight days after pulling ahead on the foot of Mont Blanc in the Alps.

The rider from the Andes had started in Bologna on May 11 as a support rider for Spaniard Mikel Landa, but quickly stamped his mark on the race, particularly in the mountains. Carapaz becomes just the second South American to win the Giro after Colombian Nairo Quintana in 2014. Slovenian Primoz Roglic, winner of the first two stages, moved back overall third for his first podium finish on a Grand Tour, at the expense of Landa who dropped to fourth. Haga, 30, won the stage ahead of Belgian duo Victor Campenaerts and Thomas De Gendt, both riding for Lotto.

WORKOUT WEDNESDAY: SKILLS TO SAVE ENERGY 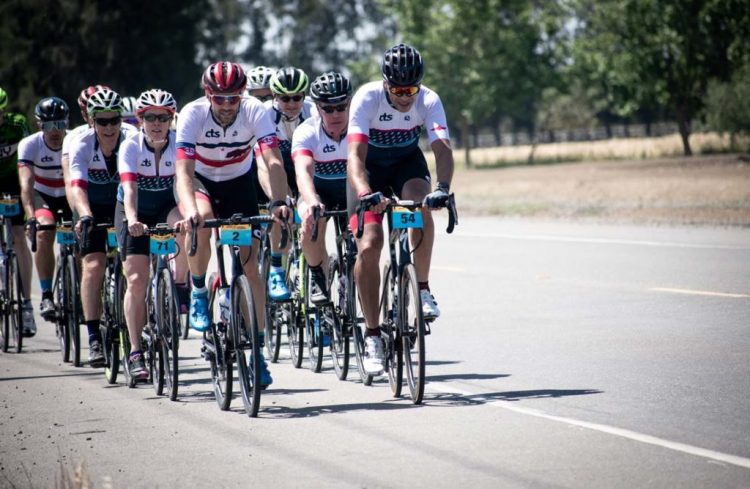 Economy is the most important lesson young pro cyclists learn in their first year – if they’re going to have a second year. It’s not enough to be powerful; you also have to be as frugal as possible with your energy. This was the message I drove home to the 22 athletes and my team of coaches before we endeavored to ride the hardest Amgen Tour of California route yet. Here are some of the skills and techniques you can use to be more economical with how and where you expend energy on the bike.

The 2019 ATOC route was nearly 800 miles over seven days. The stages were longer than during previous editions of the race, and most important to a group of amateurs – there was no mid-week time trial! That TT is crucial for the racers, but for us it’s a shorter day that helps provide more recovery time. Without that break it was even more important to think big and act small.

You start any event – whether it’s a day, a week, or a three-week Grand Tour – with a full bucket of energy. Every effort you make tips some energy out of the bucket, and even with recovery every effort is a net drain on your energy. When I say “think big” I mean you have to keep the whole event in mind when you make decisions in the very first hour, and every hour after that. “Act small” means make the smallest efforts you can to get the job done. Dole out your efforts with Ebenezer Scrooge’s stinginess.

Jersey winners from the 102nd edition of the Giro d’Italia which ended on Sunday in Verona: 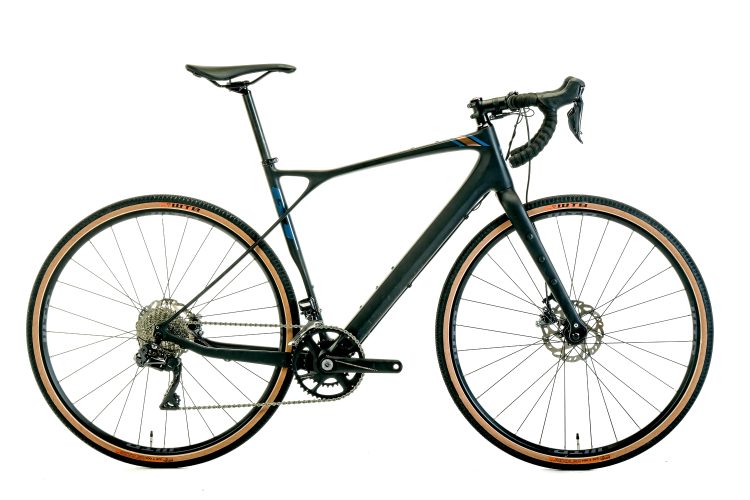 Since  the initial Grade release in 2015, the gravel scene has exploded into the largest growing market in cycling.  GT used their early start to set the bar of what to expect in a gravel bike, and now the second generation of the Grade is available.

It’s an easy bike to spot featuring GT’s triple triangle frame design. The floating seatstays are a key piece to the new frame, they are made of a low modulus carbon that dampens vibrations. Instead of sending the vibrations to the seatpost they are delivered to the top tube for an impressive reduction of trail noise and an improved ride quality.

GT looked to make the grade capable for all day adventure riding by adding more mounting points. The grade has mounts to carry up to 8 water bottles as well as fenders. Instead of all 8 bottles the grade can handle frame and bento bags and panniers.

Press release: GT Bicycles, a premium brand of Dorel Industries, Inc. (TSX: DII.B, DII.A), today announced the all-new Grade. Redesigned from the ground up, the new GT Grade is built for adventure right out of the box; more compliant, versatile and adjustable than ever before. With a new, leaner look, and a purposeful redesign of the iconic Triple Triangle, the Grade has been engineered to ride further and faster.

What does the cancellation of the 2019 Red Hook Crit series mean to the team?

My race program owes its existence entirely to the Red Hook Crit series and to (race founder) Dave Trimble specifically. The Red Hook Crit has been a unique experiment that combined bike racing with pop culture in ways that no other event has. It has been the ultimate way to experience Europe, and to build friendships and connections with enthusiastic people from all over the world. Thankfully, I was able to make my mark on the RHC series, and now I am focusing on leaving my mark on the evolving nebulous realm that is adventure, road and gravel racing.

Luckily, this does not have a huge impact on Meteor X Giordana X Allied, since we have already shifted our primary focus to getting creative and fast on gravel bikes. Time will tell if we can carve out a niche of relevance in that space.

What are your racing plans for 2019? Are there any races you are targeting?

For 2019, our three-man squad will continue to focus on fun events. These include gravel and adventure races, but we will also be hitting some USA crits where possible, and we’re not opposed to a few one-day road races by any means. I personally am targeting the DK 200, because I believe it suits my physiology very well, and I’ve never raced it. I’m banking on some serious beginner’s luck.

What are your thoughts on WorldTour teams like EF-Cannondale sending their riders to races like Dirty Kanza?

I think it’s fantastic! The higher caliber of racers and teams brings more attention and more coverage, which is good for everyone. My only concern regarding the increased attention is teams sending large rosters out to these events. A big part of what makes gravel events so compelling is that a lone ranger like Ted King or a small program like mine can rock up and let their legs do the talking. We’re not out here chasing a big payout at the finish line; we’re here for other reasons. If teams of 8 or 10 riders start showing up and controlling the race, I think a bit of the essence of what we’re doing will be lost. I welcome the competition, but I personally think that capping teams at four riders will help preserve the vibe of these races. Again, it’s show business. Controlled racing is just not as entertaining as Wild West shootouts.

The 2019 running of the Dirty Kanza gravel race is in the books, and if there was one word that could best describe the ever-growing dirt spectacle, it would be “HOT!” Despite warnings of rain and tornados, this year’s race was run under oppressively hot skies that stayed dry all day and into the night. In fact, on the morning of the race event founder Jim Cummins confided that if the race had been held the previous weekend it might’ve had to be cancelled due to all the flooding.

Although the race has grown to include over 2000 rider participating in a handful of different distances (350, 200, 100, 50, and 25 miles) it’s the 200 miler that is still the big deal. In the men’s race, despite the heralded appearance of World Tour Riders like Peter Stetina and Taylor Phinney, it was all-around gravel/criterium rider Colin Strickland who took top honors in the men’s race.

The women’s race looked to be a repeat win for Alison Tetrick, but in the end it was Amity Rockwell who was first in at just under 12 hours. 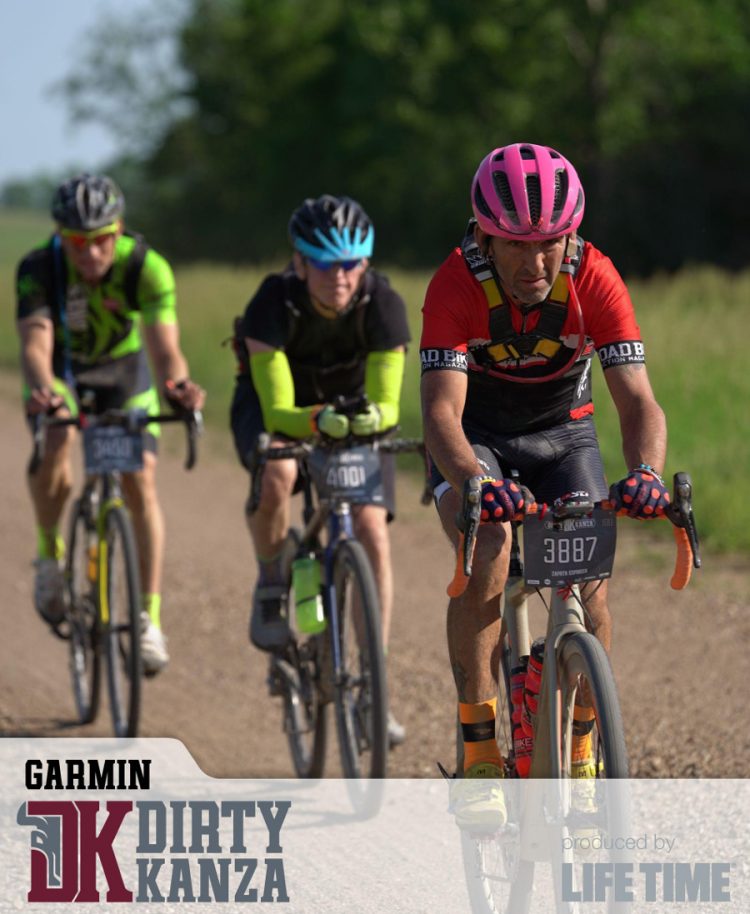 Hincapie Sportswear received confirmation on Monday that cyclist Lance Armstrong will ride in Gran Fondo Hincapie-Boise. Armstrong, a former teammate of George Hincapie’s, partner at NEXT VENTŪRES, founder of WEDŪ, and host of “THEMOVE” and “The Forward” podcasts, will join George Hincapie for the ride on July 14, 2019. He also plans to air “THEMOVE” podcast while there.

“I’m excited to come to the ride,” says Armstrong. “We aired ‘THEMOVE’ at Gran Fondo Hincapie-Fort Worth, and it was a lot of fun to interact with the crowd there.”

“We’re thrilled to have Lance with us for another fondo,” says George Hincapie. “His presence in Fort Worth really helped to take the event up a notch. And everyone had a blast watching the podcast.”

The Boise Gran Fondo will be headquartered at Cecil D. Andrus Park near the Idaho State Capitol building, with the family festival on the lawn after the event. Packet Pickup will occur the day before the ride at the Boise Twilight Criterium. Proceeds for the event will benefit the Idaho Interscholastic Cycling League, which helps to facilitate the development of high school and middle school cycling teams and clubs.

The original Gran Fondo Hincapie, located in Greenville, SC, and now in its seventh year, has topped charts and received stellar reviews, acclaimed for the cycling celebrities in attendance, as well as the careful attention to safety, on-site viewing screens, course and segment timing, live tracking and streaming, live bands at the rest stops, and free family festival.

Skills Cyclists Use to Save Energy While Riding