Paris-Nice is decimating the peloton, with many GC hopefuls out of the race. The RBA crew is putting together our final preps for NAHBS in Sacramento! Welcome to the March 13th Mid-Week Report!

Covered in dust, the peloton whips its way around Siena at the beginning of the 13th Strade Bianche.

WORKOUT WEDNESDAY: THESE HABITS ARE HURTING YOUR TRAINING 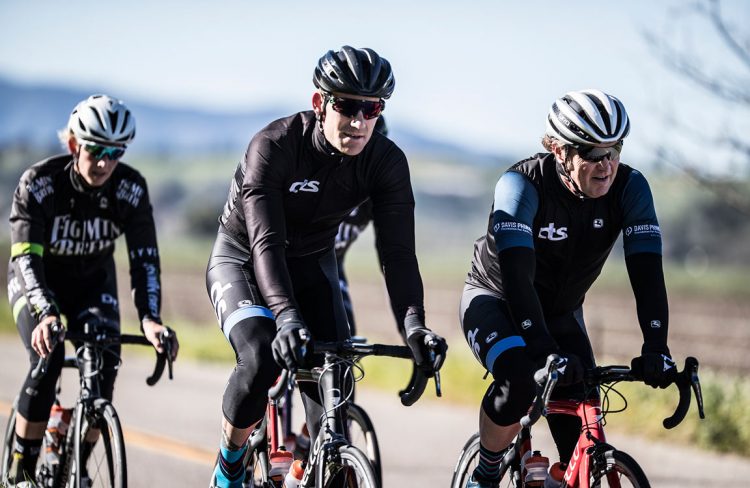 Always looking for a hack

Disruption is great for creating new business opportunities, but the pursuit of hacks can get in the way of purposeful training. That’s not to say innovation isn’t important. New products and services have significantly changed the face of endurance training over just the last several years (Strava, Zwift, Peloton, etc.). My coaching methods have changed as well, but there are fundamental principles of training that haven’t changed.

Many times, looking for training hacks means looking for shortcuts. And there are not shortcuts in training. You have to do the work, and sometimes the most effective work is repetitive and not very exciting. Sometimes I spend considerable effort getting entrepreneurs to focus on the big improvements and the easy wins instead of being drawn to the next shiny gadget or software.

To put it in tech terms, athletes start out as a “minimum viable product”. The essential functions are there, but underdeveloped and full of potential. Wise developers use an iterative process to bolster the core technology and functionality before adding new and advanced features. They know the new features will only work if they are added to a strong and stable platform.

The vast majority of amateur athletes still have a lot of work to do to build the strong platform, and will experience the largest improvements in performance by continuing to work on the fundamentals. You’re at V3.0 and the growth hacks and “marginal gains” come at V10.3.

Many athletes are all-in on their idea and are often relentless in the way they pursue it. Time is of the essence because the pace of innovation is so fast your idea may be obsolete before you can go to market, or someone else will beat you to it. This mindset doesn’t always translate well to athletic training.

When it’s time to go full gas during intervals, there’s no problem. A moderate pace for an endurance ride is problematic. Not half-wheeling the rider next to them is something we often work on. And one of the hardest concepts to grasp seems to be the idea of going slower at the bottom of a climb so you can maintain a steadier pace and slow down less as you get closer to the summit.

Rest is absolutely essential to training. Rest days are non-negotiable. We can move them around to suit your schedule, but you can’t eliminate them.

As a coach, when I can help someone – and it doesn’t need to be an entrepreneur – get more rest and reduce lifestyle stress, they almost always experience a surge in improvement. Perhaps because it is happening in an environment outside of work or personal life, this sometimes results in an “ah-ha” moment. They start managing their energy and focus differently, giving themselves time to rest and restore their energy for both work and family. 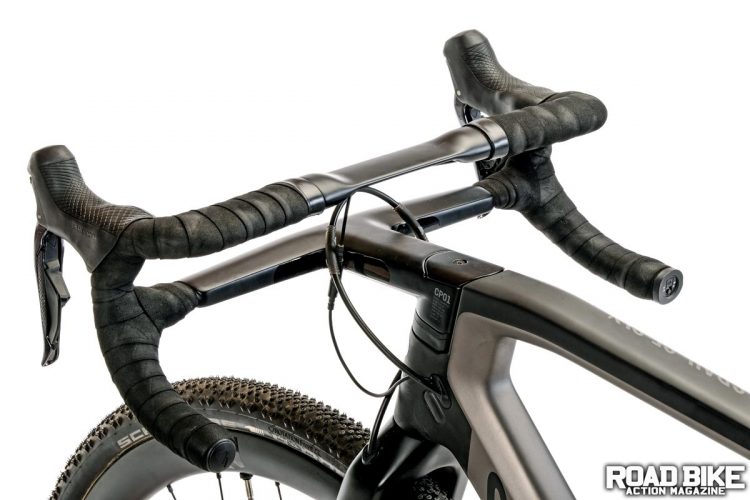 By now, most of us know the story behind Canyon Bicycles. The fast-rising German brand is the brainchild of Roman Arnold, whose earliest days were spent growing up in a cycling family. Eventually, under the tutelage of his father, and along with his brother Franc, the Arnold family took their enthusiasm for cycling and opened their first bike business back in the mid-’80s.

A decade into Radsport Arnold’s existence, the Canyon name eventually emerged with Roman at the helm. In the two decades since, the brand has enjoyed meteoric success, owing not only to a price-conscious, consumer-direct sales model and a string of major race wins in every category of cycling, but especially its embrace of modern design cues and technology that have been the envy of the bike industry at large. 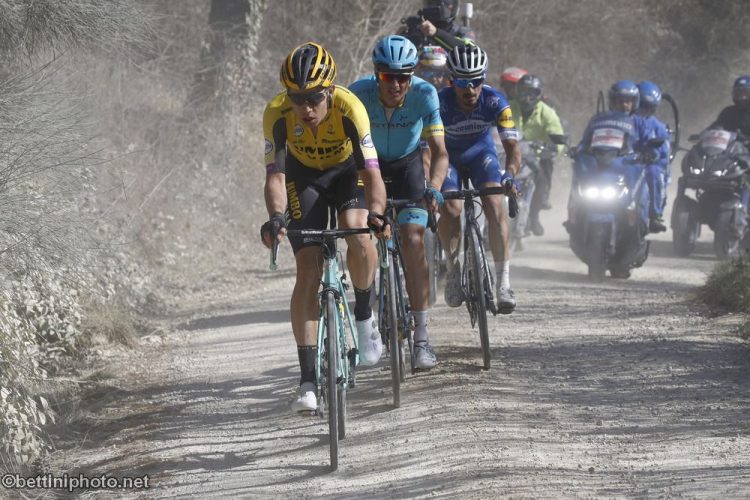 Belgian Wout Van Aert (Team Jumbo-Visma) crossed in third at 27sec, for the second successive year, in the race which begins and ends in Siena. Tour de France champion Geraint Thomas suffered a puncture, with the Welsh rider finishing in 12th position 2min 41sec behind the winner, as home hope Vincenzo Nibali trailed in at 8min 57sec. 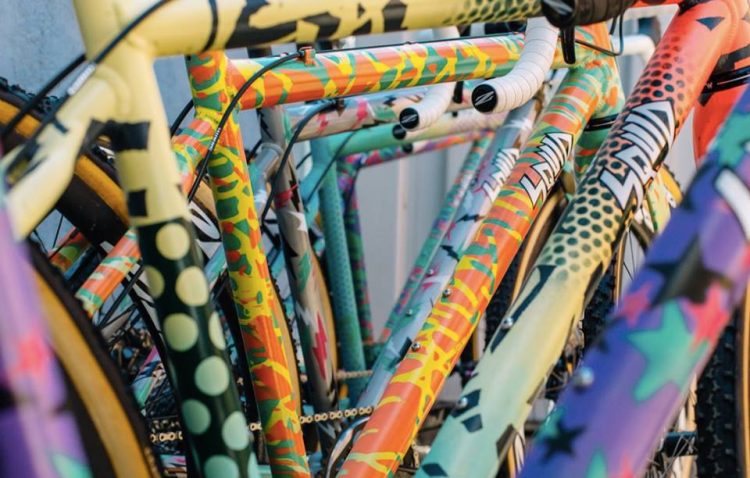 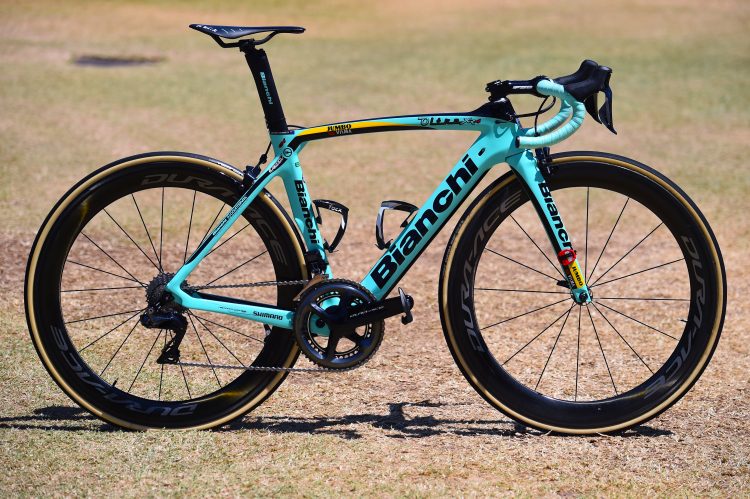 With the WorldTour season charging ahead at full speed, many teams are sporting new rigs for 2019. Here’s a look at the best road bikes we saw Down Under.

Dane Magnus Cort Nielsen won the fourth stage of Paris-Nice on Wednesday escaping from the other survivors of a stage-long breakaway on the run in to the finish in Pelussin.
Pole Michal Kwiatkowski, who rides for Sky, kept the overall lead on the even of a 25.5km time trial.
Astana’s Cort Nielsen was one of the last four riders from a breakaway that formed in the first 15 minutes of the stage. He shed the other three in the last 400 metres to win the 212km stage in 5 hours 3 minutes and 49 seconds.

Cycling up a Steep Ridge

Posted by People Are Awesome on Wednesday, September 20, 2017

VIDEO: TREK CLAIMS THEIR NEXT RELEASE WILL “CHANGE CYCLING FOREVER”