Road Bike Action’s May Euro issue is on newsstands now. We reviewed the Look 795 Blade, the DeAnima Unblended, the Colnago C64 and the Cipollini Allroad. Also check out our Euro buyer’s guide!. 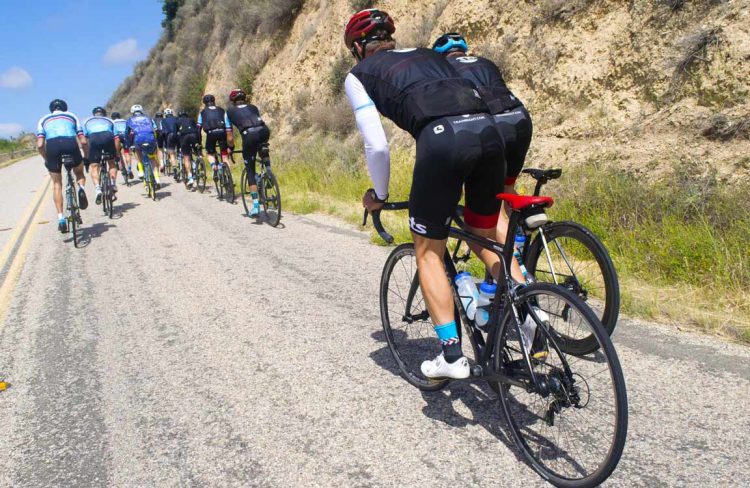 While staying in the saddle may be the most efficient way to climb, there are times when it is better to stand up and climb. Usually this is a good approach on shorter climbs, on the steeper sections of long climbs or to attack your climbing partners. Standing allows you to use your body weight to help you push down on the pedals. As you go to stand up, keep some pressure on the pedals to avoid the slight deceleration that can occur. This is particularly important in tight groups so your back wheel doesn’t “kick back” into the front wheel of the rider behind you.

Shift up one or two gears (harder) as you stand. This allows you to take advantage of having your entire body weight over the pedals, and it counters the decline in cadence most riders experience when they stand up. Envision driving down with your whole leg, leading from the hip. Gently rock your bike from side-to-side and find a nice smooth rhythm, while keeping your weight over the cranks. The smaller, pure climbers in the pro races tend to gravitate towards this climbing style because of their high power-to-weight ratios, which help them accelerate very quickly. 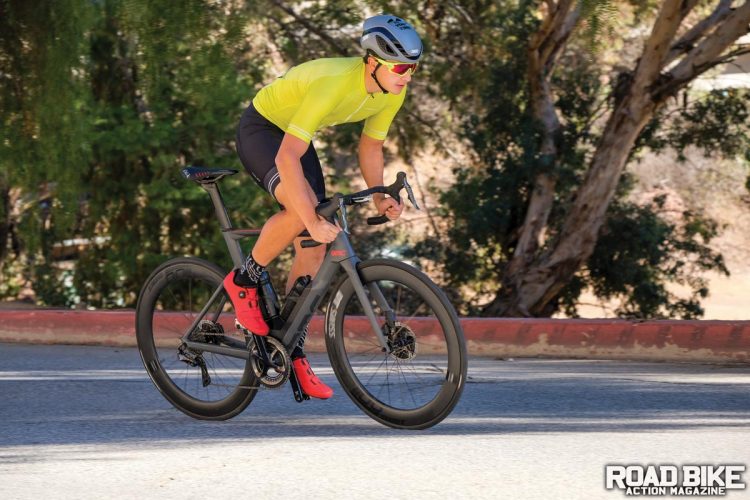 Since the original Timemachine Road was released in 2012, aero road bikes have become a mainstay in most major manufacturers’ catalogs. That’s why when the Timemachine Road was not included in BMC’s 2018 lineup, we were left wondering if they had something new in the works. They did.

BMC’s 2019 flagship Timemachine Road 01 is changing what is to be expected of an aero bike. Now celebrating its 25th anniversary, the Swiss bicycle manufacturer’s latest aero innovation has upped the ante in the wind-cheating segment.

The 2017 Timemachine Road’s choppy ride quality, minimal compliance and poor rim brakes left much to be desired. Much to our liking, the 2019 Timemachine Road 01 has refined these faults and taken BMC to the forefront of aero innovation.

In-form Alaphilippe, won the opening monument of the season, to take up the mantle of compatriot Thibaut Pinot, who had won the final race of 2018 in the Tour of Lombardy.

The Deceuninck Quick-Step rider finished ahead of a small group of riders, who had broken away near the end of the 291km race under the sunshine, for his seventh win of the season.

The 26-year-old went for the line with 600m remaining, before raising his arms in triumph after a narrow victory on the Via Roma in the Italian Riviera resort, with Belgian Oliver Naesen (AG2R) second and Poland’s Michal Kwiatkowski (Sky) in third.

What you’ll find in Warroad is a road bike without limits, built for those times when the ride travels off the pavement and back again. A bike for riders who don’t define a road ride by the surfaces traveled on. We can’t wait to see what story-worthy rides you find with it. Go get after it!

Where Warroad differs from Warbird is its focus on agility over stability. Warroad is for road with a side of gravel; Warbird is for gravel racing where its longer wheelbase and greater stability excel.

From a geometry standpoint, Warroad’s Endurance Road geometry has a slightly steeper head tube angle, lower bottom bracket and shorter chainstays than Warbird. Warroad is torsionally stiffer in the bottom bracket juncture, head tube, seatstays and chainstays, which gives up some of the compliance and comfort needed on the Warbird for all-day gravel rides in exchange for pedaling efficiency and quicker handling.

As Warroad came together, the Salsa team saw more and more potential. “While I love gravel racing, the aim of our rides was always to get on lesser traveled rural and scenic roads. Many of these are paved and many aren’t. I wanted a bike that didn’t limit the ride to a surface, had quick handling and was responsive to rider feedback. The Warroad balances this with a stable road ride, hence the endurance geometry idea,” Said product manager Joe Meiser.

FOR MORE DETAILS ON WARROAD

Chris Froome’s hopes of winning the Tour of Catalonia are almost certainly over after the Briton suffered a crash during Tuesday’s second stage, which was won by Australian Michael Matthews.

Froome suffered bruising to his right side after falling due to low visibility in a tight corner. The four time Tour de France champion will be assessed by Team Sky doctors, but it is expected the Kenyan will continue to ride in support of 22-year old teammate Egan Bernal.

Britain’s Adam Yates won a key stage of the Tour of Catalonia on Wednesday as he emerged victorious from an elite group of five at the summit finish of ski resort Vallter 2000. After a 12km climb to an altitude of 2,150m, Mitchelton Scott’s Yates had the legs to edge Sky’s Egan Bernal in second, UAE Team Emirates rider Dan Martin in third, Movistar’s Nairo Quintana in fourth and a third Colombian, Miguel Angel Lopez, in fifth.
“I had the best legs in the final section,” said Yates, who suffered a gut-wrenching one-second defeat at the Tirreno Adriatico last week.
“There’ll be more of the same tomorrow. There’s plenty of time to get the overall lead here.”
Yates appeared impressively strong when he chased down Bernal and Quintana as the drama unfolded towards the narrow, pine-forested peak as Martin and Lopez joined in the fight for the hotly-contested five-way shoot-out.
It was Bernal and not Chris Froome that led Sky’s assault of the final climb with the four-time Tour de France winner saying he was now supporting the 22-year-old after his heavy fall on Tuesday.
“Yates is really strong, we’ll need to keep an eye on him,” Bernal said.
“We are more than happy with that (result), it was a tough stage today,” said Bernal. “Tomorrow will be the same and we’ll go for it again.”
Belgian Thomas de Gendt held on to the overall lead by 27 seconds on Yates, after starting the day 2min 48 ahead thanks to his opening stage breakaway win, with Bernal at 30, Martin at 33, Quintana 35 and Lopez at 39.
Thursday’s stage to La Molina features three category one mountains, albeit with an easier final stretch from this stage’s ultra-steep finale. 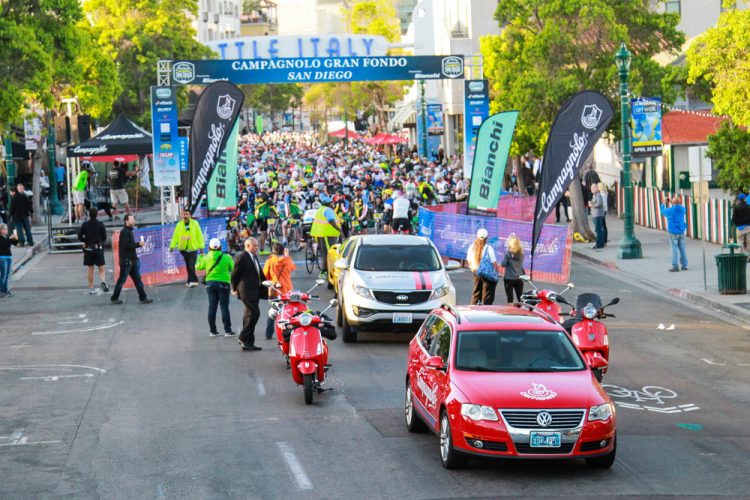 HOW MODERN HELMETS ARE BATTLING CONCUSSIONS