Race the Volta, recap the Classics and roundtable with Jens

As we are preparing for NAHBS 2019 in Sacramento, we’re practicing our French for the next Euro trip, and the Spring Classics are here! Welcome to the March 6th Mid-Week Report!

Classics season is here! Omloop Het Nieuwsblad started off the  Spring Classics with a win going to Zdenek Stybar and the Quick Step squad. The following day at KBK Bob Jungels looked to dominate the weekend for the wolf pack.

WORKOUT WEDNESDAY: WHAT TO EAT AND DRINK DURING ANY RIDE

Your nutrition strategy can only work if you are well hydrated. It doesn’t matter what you eat or how much; if you are dehydrated that energy will either make it to working muscles more slowly or stay in your gut long enough to lead to nausea. Dehydration slows gastric emptying and slows gut motility. At first the detriment is small, but it gets worse the more dehydrated you become.

There is a time and place for training with low carbohydrate stores, but when it’s time to go hard in interval workouts or competitions, those high-intensity efforts are fueled by carbohydrate. If you don’t have carbohydrate available, your power output, ability to repeat hard efforts, and likelihood of success all go down. Cycling is an intermittent-intensity sport, meaning there are periods when of low- to-moderate intensity that are primarily fueled by fat, but there critical moments of group rides or competitions are higher intensity efforts that require carbohydrate. Similarly, the interval workouts that build the fitness that makes those high-power efforts possible are fueled by carbohydrate.

What you eat during rides is therefore affected by not only the length of the ride, but potentially by intensity demands as well.

Eat carbohydrate, just not too much

The standard sports nutrition recommendation of 30-60 grams of carbohydrate per hour of aerobic exercise is based on the fact most people can only absorb about 1 gram of carbohydrate per minute. That doesn’t mean you always need to consume as much as you can possibly absorb. You only need to aim for the high end of the range – or train your gut to absorb up to 90 grams/hr – when your rides are long enough and/or strenuous enough to deplete carbohydrate stores.

I find it’s better to gauge carbohydrate intake by a rider’s hourly kilojoule output. If you’re riding with a power meter I recommend consuming enough carbohydrate calories to replenish 20-30% the kilojoules of work you’re doing per hour. For example, 500 kilojoules/hr is good ballpark for the work done by a medium-sized, moderately-fit male cyclist riding at a sustainable endurance pace. I’d recommend this rider aim for 100-150 calories of carbohydrate (25-37 grams) per hour during rides longer than 90 minutes. If that same rider is racing or in a fast group doing 800 kilojoules of work per hour, then 40-60 grams of carbohydrate per hour may be necessary.

If there’s one thing pro racers are useful for, beyond the in-the-saddle inspiration they provide, it’s the ability to pass on so many tips and inside stories about life as a pro racer. The only unfortunate thing is that many pro racers are unwilling to divulge the insider knowledge they hold, or at the least, lack a certain talent at telling those stories.

None of that is true when it comes to Germany’s Jen Voigt. After a racing career that lasted almost two decades, “Jensie” has become an international phenomenon in his role as a TdF television commentator. Famous too for his “shut-up legs” mantra, Jens is a true jewel from the rough.

Recently, the German star made a guest appearance at a local Trek store (Westlake Cyclery) as he is still an ambassador for the brand that saw him out of his decades old racing career.  Here’s some of the back and forth we enjoyed.

Sea Otter Classic is pleased to announce the addition of a bold new set of video and 3D technologies to allow those who cannot be at the world’s largest cycling event, to experience it virtually, online. The video technology and digital content distribution is made possible through the addition of a partnership with Sea Otter’s portfolio, of Colorado-based digiZūk, to the event’s marketing and content team.
DigiZūk’s involvement allows fans, industry members and journalists worldwide to experience the world’s largest cycling event in a desktop or mobile environment. Additionally, the company’s digital marketing team can be tasked with distributing assets produced online with getting wide reach to retail buyers, media outlets, or to thousands of cycling consumers. 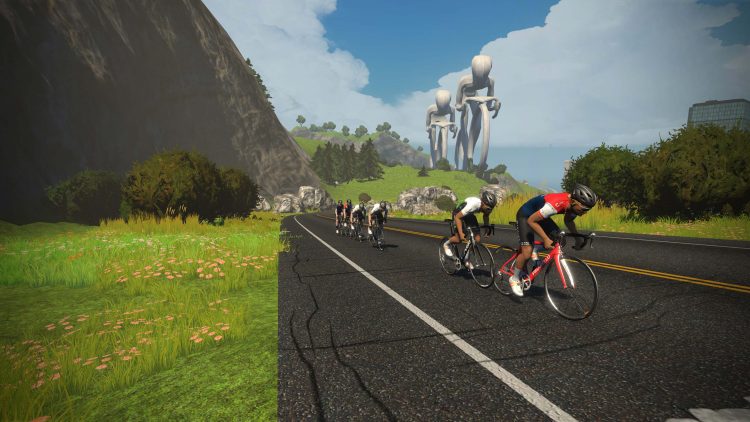 Zwift, the global online training and racing platform for cyclists, has today opened doors to the new Drop Shop, a virtual store that allows Zwifters to purchase new bikes and wheels from the likes of Specialized, Trek, Cervelo and ENVE for their in-game avatars.

Today is payday for all Zwifters! All Zwifters will receive a one time payout of Drops (Zwift’s new in-game credit) based on their current level of experience in the game. Drops have no real world value, and may only be acquired through riding on Zwift – you can’t buy or trade Drops, they must be earned. Drops are awarded based on a combination of miles, feet climbed, and calories burned while riding on Zwift.

Zdebek Stybar got off his Spring Classics campaign to an impeccable start, winning the 74th Omloop Het Nieuwsblad with a perfectly-executed attack from the breakaway group that emerged over the top of the Molenberg and managed to keep the chasers at bay, despite being reduced to just a handful of riders ahead of the feared Muur-Kapelmuur – Bosberg combination, which featured inside the final 20 kilometers.

“Finally it happened and I could finish it off in a cobbled classic! The feeling is really nice, the form is good and the team has confidence in me, which is so important; everything fell into place today and I am so happy with what I achieved, that I can’t put it into words”, said the 33-year-old after capturing his maiden win in a Flemish Classic.

VIDEO: BACK AT THE ROSE BOWL

From “The Historic Rose Bowl Ride”

And so it begins, well, not officially but one week out from the time change a dozen or so collected at the Rose Bowl Ride to start practicing their right turns. Troy Templin David Kennedy

RACE THE VOLTA WITH BKOOL 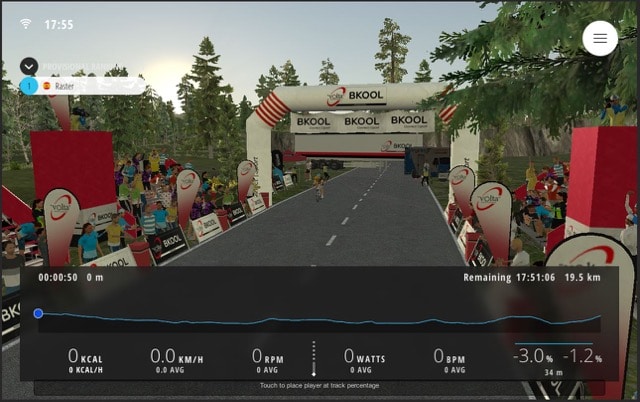 Bkool and the Volta are joining forces to create the first online World Tour in history. Compete against cyclists from all over the world on the same stages that the pros will ride in late March. Join Bkool and compete in the Volta a Catalunya eRace. Click here to sign up:  https://premium.bkool.com/en/volta?updateLocale=1