Welcome to the May 29th, Mid-Week Report!

Welcome to the May 29th, Mid-Week Report!

Ilnur Zakarin of Katusha soloed to a snow-capped summit finish victory on a chaotic 13th stage of the Giro d’Italia on Friday that shook up the overall picture. The Russian thereby climbs to third in the overall standings, which is where the now 29-year-old finished on the 2017 Giro. Slovenia’s Jan Polanc of Team UAE kept hold of the overall lead as favorites another Slovene Primoz Roglic and Italian Vincenzo Nibali crossed the line together 2min 57sec adrift, with Briton Simon Yates and Colombian Miguel Angel Lopez another two minutes back.

On this first summit reckoning in a mountain-packed second section of the Giro, the peloton climbed to 2237m altitude, with Zakarin dropping Spain’s Mikel Nieve in the final section and beating him by 35sec at the panoramic finishing post in the Gran Paradiso national park. 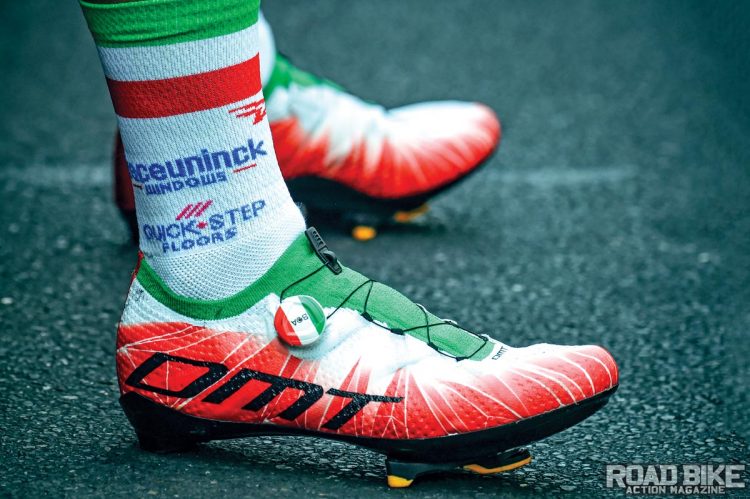 This is a more common query than one might think. For price alone, it depends where they are made. As a rule, Italian-made socks tend to be more expensive but also built really well. I’ve heard many riders ask about shoes and hot spots. I look down and they have cotton socks on. I tell them to try a pair of cycling socks, because it’s cheaper than a pair of new shoes. Cycling socks are made of a synthetic fiber or wool rather than cotton. Cotton socks are significantly less expensive and can cause blisters. This is because cotton absorbs moisture (sweat), saturates quickly and is even more slow to dry. So, to make it easy, 100-percent cotton socks shouldn’t be used for cycling.

Also, keep in mind that synthetic socks usually last significantly longer than cotton ever could, so you have that added value. Wool socks come in warm- and cold-weather options, but both types offer a bit of retained warmth. I love wool because it also adds a bit of additional padding when a stock insole isn’t quite enough or the body of a new shoe is stiff and unforgiving. A few pairs of quality wool cycling socks make breaking in new cycling shoes painless or can add time to a pair of shoes that are on its final days with the added padding.

Peters blew away his rivals at the end of the 181km run through the north of Italy, near the Austrian border. The 25-year-old pulled clear 16km from the line and had built up an advantage of one minute at the foot of the 5.5km final climb.

Thursday’s stage offers the remaining sprinters a final chance for a win as the route  drops to sea level, with a 222km run through the Venetian hinterlands from Valdaora to Santa Maria di Sala, concluding with a 2km sprint for the line. The race concludes in Verona on Sunday. 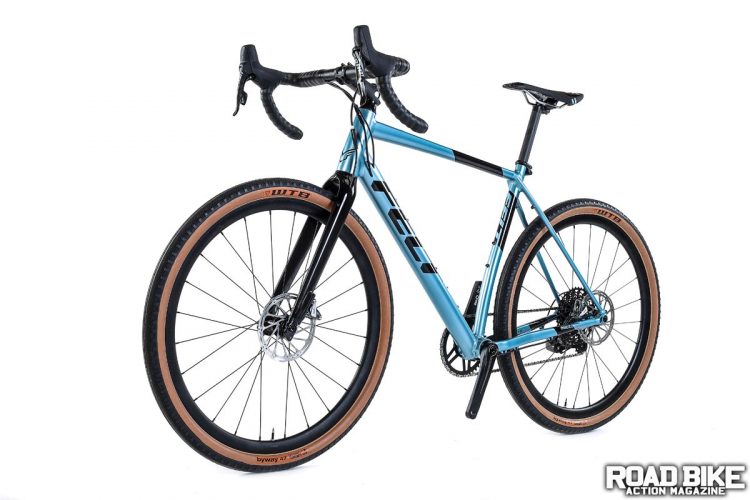 Long in road, tri and ’cross bike markets, Felt has begun dipping their toes in the gravel market in earnest with the release of two new dual-purpose bikes—the Breed 20 and the 30. Available in a SRAM Force build (20) and a Shimano 105 build (30), the bikes are priced at $2649 and $1999 respectively.

Designed with performance in mind, the Breed is ideal for those looking for their first gravel bike or an upgraded aluminum rig. Felt built the Breed to handle the wide variety of gravel roads that exist by making it easy
to personalize.

ARMSTRONG SAYS HE WAS “AN EASY TARGET”

Disgraced former American cyclist Lance Armstrong says he wouldn’t change a thing about the reign of doping that led to him being stripped of his record seven Tour de France titles. All of Armstrong’s titles between 1999 and 2005 were vacated by the International Cycling Union six years ago.

“I wouldn’t change a thing. I wouldn’t change the way I acted,” Armstrong said in excerpts of an interview with American broadcaster NBC Sports that will air on May 29. “I mean I would, but this is a longer answer.

What is an XDR Driver for the Rear Cassette?

TOM DUMOULIN DROPS OUT OF THE GIRO D’ITALIA