Take a look at the best of our trending stories from this week, March 16th, about the latest road bikes, tech, pro racing and more in the cycling industry. 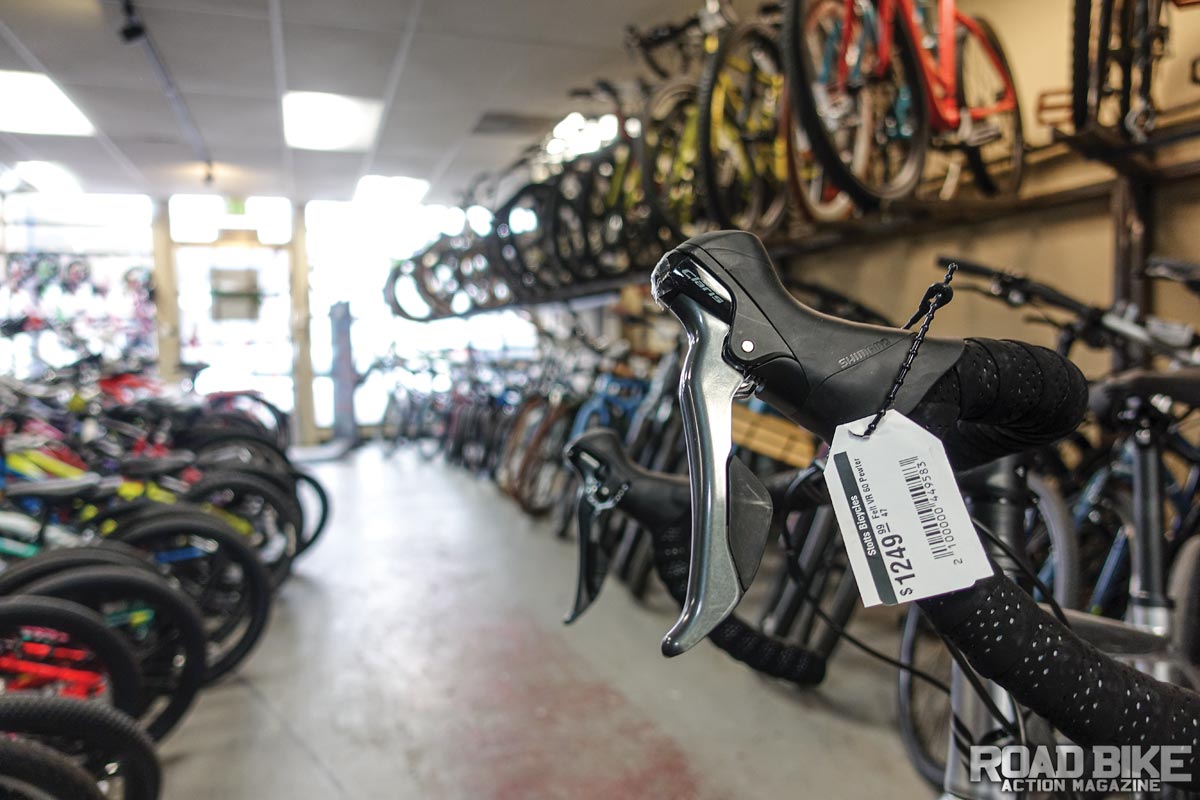 Whether it’s the beginning of a deep dive into the sport or an upgrade for someone looking for something faster to ride, a budget road bike is central for many beginners cycling experiences. There have been a handful of updates across the cycling industry recently; more than any other feature, the latest road bikes on the market have undergone a series of compliance-oriented design cues, led by the quick adoption of disc brakes.

Wider tire clearance and hydraulic disc brakes are now becoming more common on most bikes starting at $1500. We’ve talked about the performance upgrade hydraulic brakes provide, and they have long been a premium-only option. Now the majority of modern bikes between $1000–$2500 feature disc brakes. Although we’d only recommend a bike with disc brakes, in part due to its ability to be upgraded in the future, budget bikes with rim brakes still exist and can be found at prices that start below $1000. 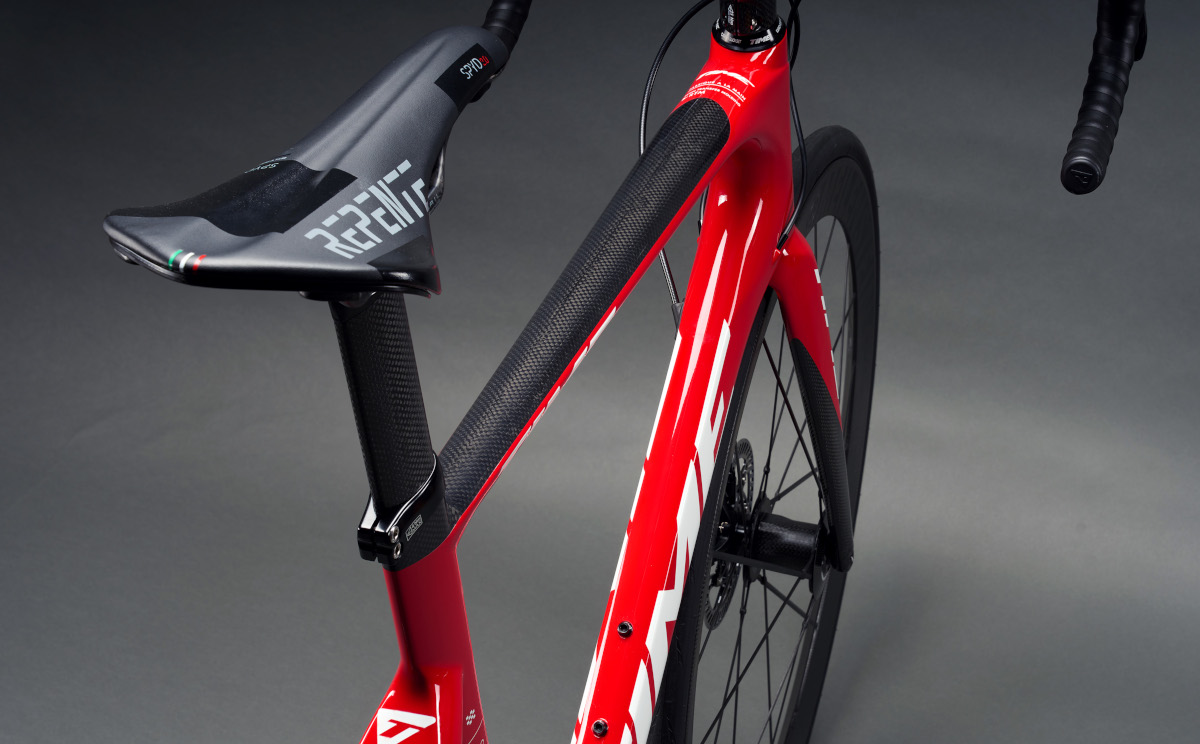 For anyone lucky enough to call the bike industry their life and who might have fleeting moments of doubt about their life spent among two wheels, they can always look to Tony Karklins for a picture of resilience. In short, Tony is a lifer who refuses to give up on the bicycle. And for those of us equally unable to find a life outside the industry, his refusal to move on can be a source of inspiration.

I never knew who Tony was before he too the helm of Orbea’s U.S. operations back in 2004 where he would stay for the next decade. It was all well and good until it wasn’t. Next thing you know, Tony went out and acquired a boatload of frame-building fixtures and equipment to start Allied Cycles in his home state of Arkansas. And, it was under the Allied Cycles tent at the 2017 North American Handmade Bike Show when I finally made his acquaintance. The Allied bikes were beautifully crafted, and I was stoked about his mission to create a high-end American-made bike brand.

Late last year the news broke that Tony had purchased the remnants of the once-revered Time bike brand from the ski bums at Rossignol who, in addition to Time, had also previously acquired Felt Bicycles before realizing that they had no business in the bike industry, at least when it came to caretaking  legacy brands. And when I say, “Tony had purchased Time,” what I really mean is that the “investment group” he was part of had done the deal.

Not being a “business guy”, I’ve never understood how the whole  “investment group” thing worked.  Regardless, I still remember the level of passion that Time founder Roland Cattin brought to the industry. so I was stoked to hear that Time Bicycles would once again be getting a fair shot at the market from some actual bike people. Here’s what Tony had to say about it all. 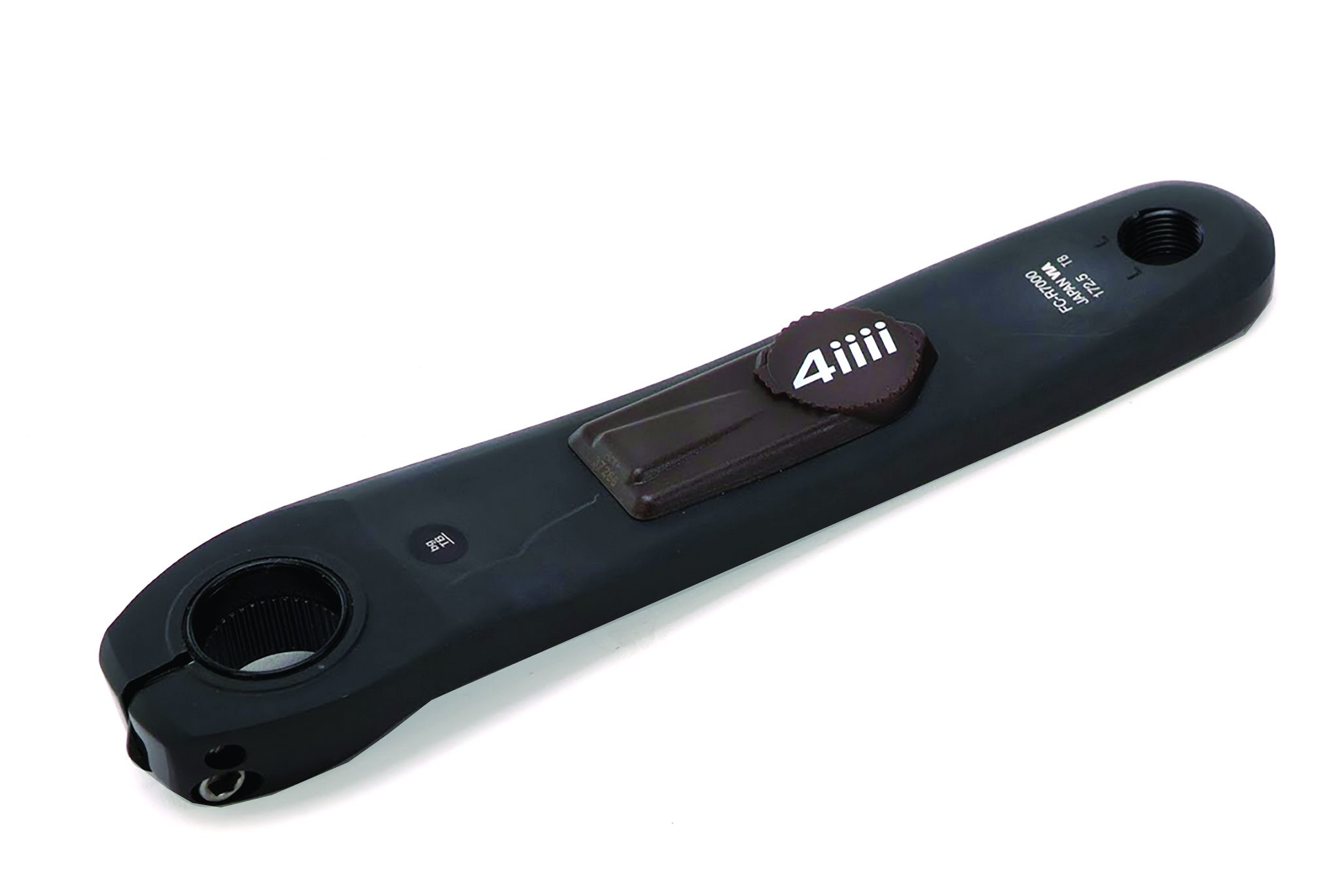 Canadian cycling tech company 4iiii adds a streamlined and more affordable power meter to their catalog of heart rate monitors and smart trainers for 2022. The Precision 3 is the latest iteration of the Precision series which was started in 2015 as an add-on strain-gauge pod that could be installed on an existing non-drive crank arm at the 4iiii factory in Alberta.

4iiii has updated the Precision 3 with a slimmed down strain gauge that is available pre-installed on Shimano 105, Ultegra and Dura-Ace crankarms or as an add-on through their factory install option. The 105 option is available for $325. Currently, only the 105, Ultegra ($375) and GRX 810 ($375) crankarms are currently in stock. 4iiii can attach the Precision 3 on a selection of crankarms, including those from SRAM, FSA and Cannondale via the factory install process. The factory install price is $325, the same as buying the 105 crankarm option. 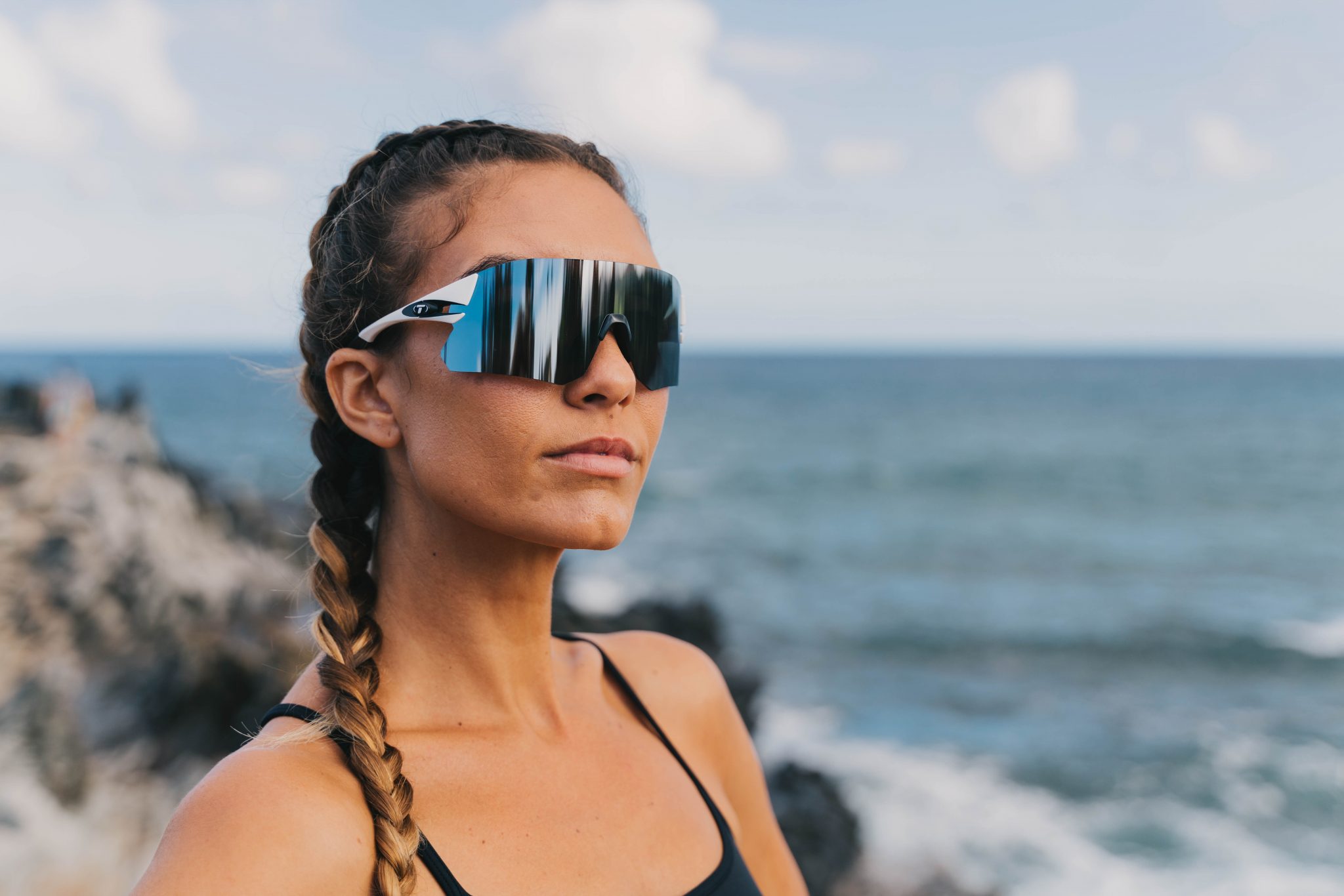 Cycling’s inherent costs and commitments add up but Tifosi has long championed stylish, affordable eyewear. Tifosi’s latest release for 2022 is dubbed the Rail. Features include a wide, rimless design, a claimed weight of 32 grams and three interchangeable lenses. In addition to the featured lens, Tifosi includes a set of clear as well as a high contrast lens for bright scenarios. The rimless design not only saves weight but improves airflow over rimmed glasses. Best of all the Rail is priced alongside most of the Tifosi catalog at $80.

Mark Cavendish sprinted to victory to win Milano Torino thanks to an expert lead out from Quick Step Alpha Vinyl teammate Michael Morkov. Morkov delivered Cavendish to the front in the final 150 meters which allowed him to best Nacer Bouhanni and Alexander Kristoff, Peter Sagan was in the mix as well, finishing fifth. The traditionally hilly race had been reduced to a flat 123-mile course for 2022. Cavendish became the second sprinter to win the race after Arnaud Demare in 2020; it also marked Cav’s first win in Italy since 2014.

Best of all, the chance to win a free bike is easy. All you need to do is fill out the series of questions above that give us a better idea of who you are and what you want to see in the pages of your favorite road bike magazine. All entries must be in by August 15, 2022, and the drawing will be held on August 31st. 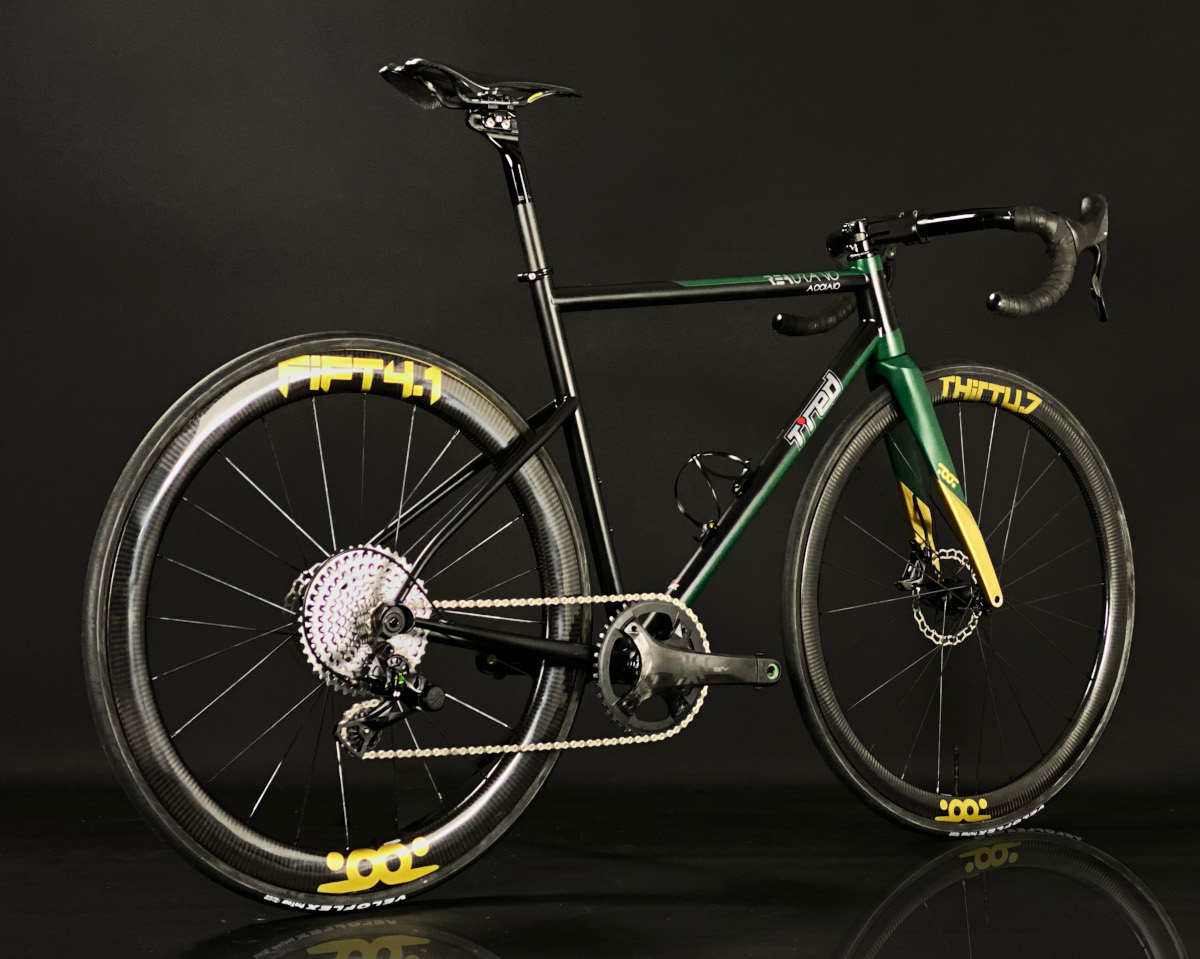 The Rea Urano is a new bike designed and developed by Romolo Stanco and TOOT Engineering. T-Red is a high-end Italian-made road bike company. The bikes are as uniquely designed as they are named.