Take a look at the best of our trending stories from this week, May 18th, about the latest road bikes, tech, pro racing and more in the cycling industry.

SPECIALIZED LIED TO EVERYONE 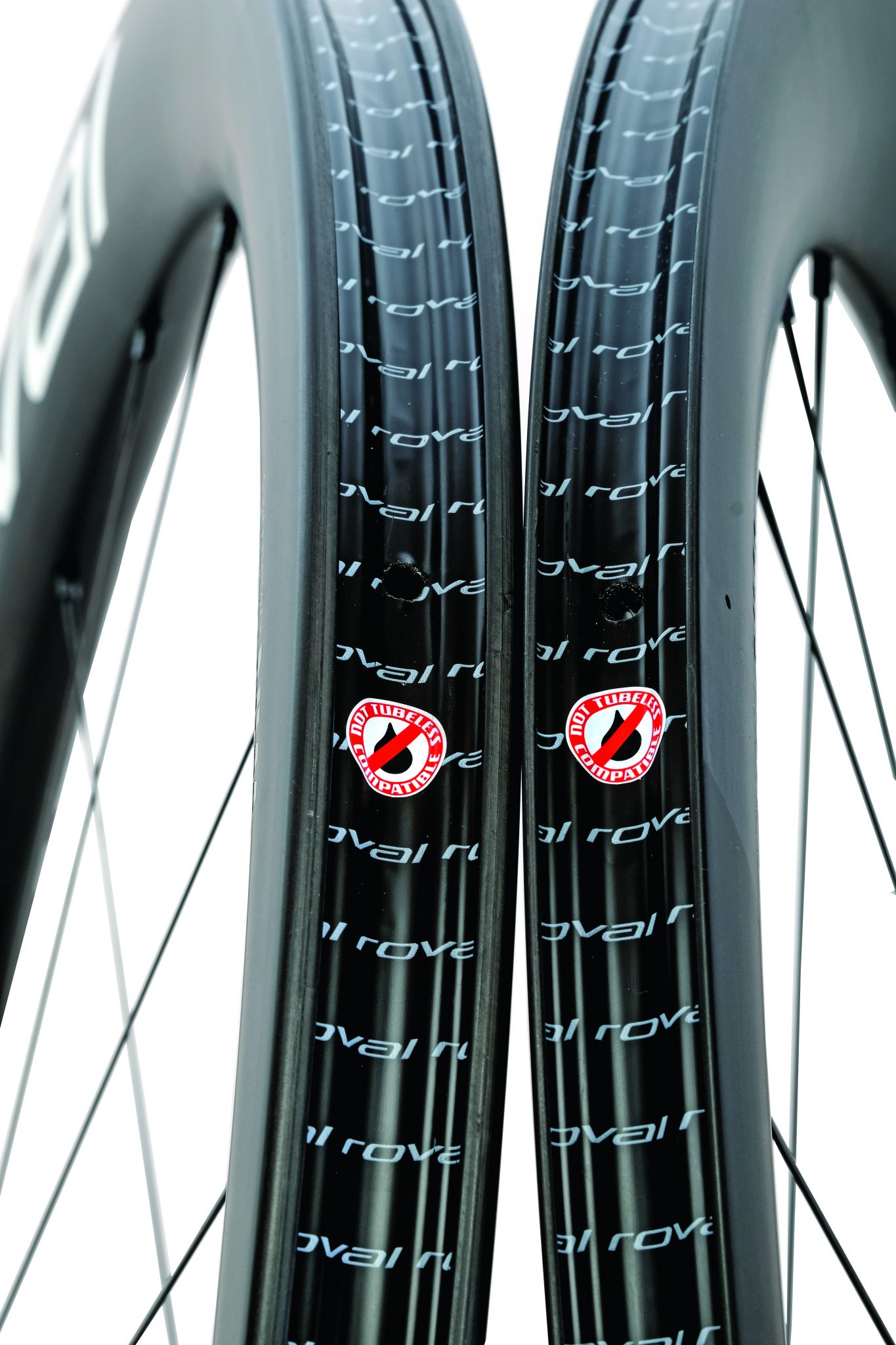 HOW THE NAME GAME GEST PLAYED 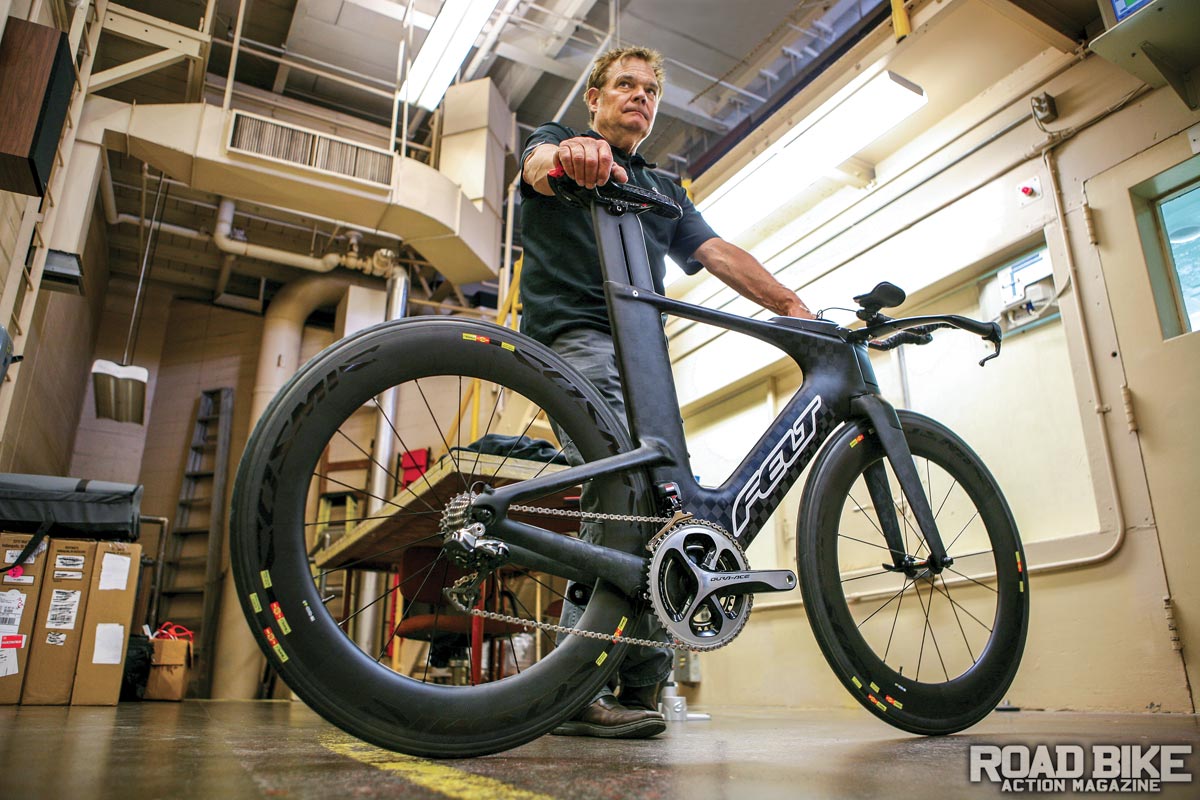 If it wasn’t for a handful of Felt Bicycle employees oddly showing up at a recent ribbon-cutting ceremony for KTM motorcycle’s newest SoCal ($50 million) headquarters, we wouldn’t have been the party responsible for breaking the news that Pierer Mobility (the Austria based company best known for their ownership of motorcycle brands KTM, Husqvarna and Gas Gas) had acquired Felt Bicycles from the French Rossignol Group.

Somewhat coincidentally (for old-school motocross fans at least), the purchase spoke as much to the modern age of big-dollar-business finagling as it did a sort of coming-home story. You see, long before the Felt name came to be known as a major bike brand, it was the stuff of one-off, handmade frames from one of the most respected mechanics on the American motocross circuit, Jim Felt.

In the short course of just a few months I had come to witness the winning power and competitiveness of 26 year-old Moriah “Mo” Wilson.  It was at the Rock Cobbler in March where I first witnessed her on the bike.  And then at the Belgian Waffle Ride a bunch of us stood trackside on the notorious Double Peak Climb as she rode away, alone, from all her competitors. Her victory at BWR was as impressive as it was inspiring. With Unbound Gravel right around the corner, I had every expectation that the gravel world would see her atop the podium one more time.

And then this week we heard the terrible news that Mo was killed in a shooting in Austin, Texas. Our condolences go out to Moriah’s family and the greater gravel community who, like us, are saddened at the loss, but fortunate to see her at her best.

Eritrea’s Biniam Girmay pulled out of the Giro d’Italia with a left eye injury he suffered after being hit by a prosecco cork while celebrating an historic stage victory. Girmay became the first black African to win a stage at any of cycling’s three grand tours after claiming the honors on Tuesday’s 10th stage of this year’s race. Intermarche’s team doctor Piet Daneels said tests showed “haemorrhage in the anterior chamber of the left eye”.

“In consultation with the medical and sport staff, the decision has been made that Biniam Girmay will not take part any longer in this Giro d’Italia, which he is leaving with a stage victory, a second place and three other top five finishes,” Intermarche said in a statement.

“The injury is moving in the right direction but in order not to aggravate it it has been strongly advised to avoid intense activities.”

The cyclist had placed the bottle on the floor and bent over it as he undid the binding before the cork flew off hitting him from close range. Girmay was treated at a hospital in Jesi before then heading to a party held by his team in the seaside resort of Riccione on Tuesday evening. He is due to have further tests on the eye and left the team hotel on Wednesday morning with his manager after bidding farewell to his teammates.

WILD AND CRAZY FROM THE START: FESTKA BIKES 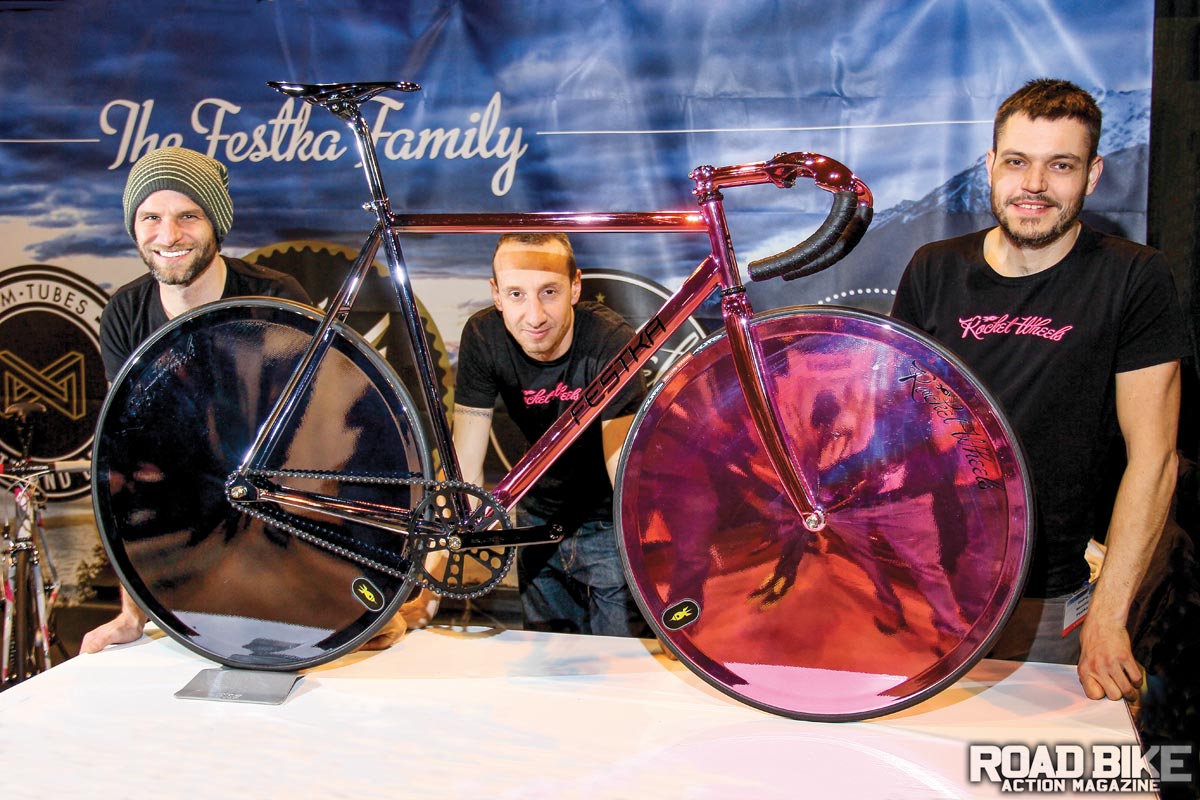 I still recall the first time I ran into the lads from Festka bikes. It was during setup at the 2013 North American Handmade Bicycle Show in Denver, Colorado. Their booth, as it was, consisted of a 10×10 carpeted patch with some travel bags and a few boxes lying about—nothing else. It seemed that all the bikes were lost somewhere in transit between their home base in Prague, Czech Republic, and the “Mile High” city. As the hours ticked away, still nothing.

A few hours later, everything had changed. Where once there was an empty lot, save for a few scraggly, jet-lagged Czechs lying about, there was now a flurry of activity and a stainless steel bike with a pink chromed finish and disc wheel that was one of the most sensationally fabulous and extravagant show bikes I’d ever seen sitting center stage.

In the many years since, Festka has continued to produce a varied array of visually stunning bikes. As we’ve continued to be recipients of press releases regarding a series of project bikes, I decided it was time to finally find out more about the creative brand. Following a handful of email exchanges with Festka co-founder Michael Mourecek, this is what we found out.

INSIDE THE CUB HOUSE BIKE SHOW 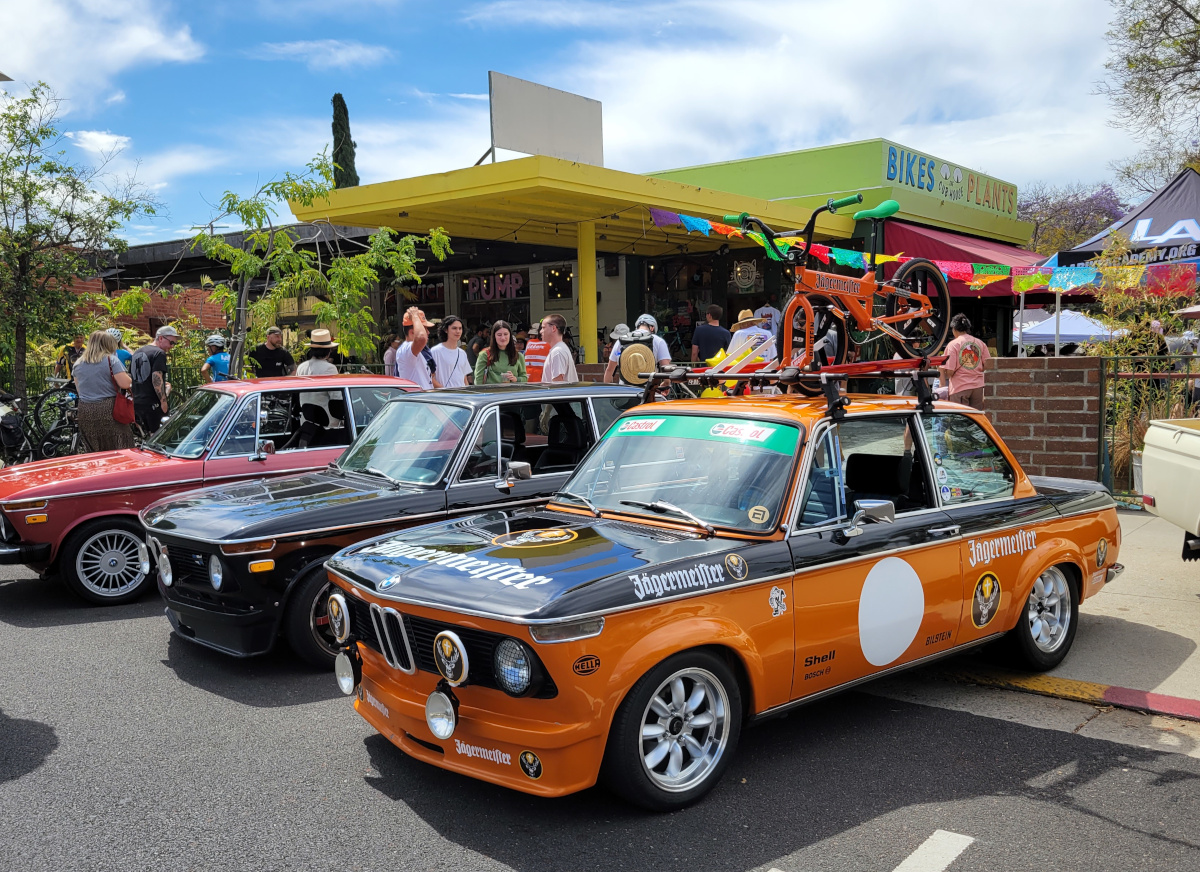 The Cub House bike shop in San Marino has never resembled anything like your typical “local bike shop”. Billed as the America’s #1 Bike and Plant Shop, from the very distinctive kits they’ve produced for years to their newly created Beach Club bike brand, co-founders Sean and Danny have from the beginning pursued a very different  path to spreading bike love.  The following is just some of what we witnessed last weekend at their 5th annual bike/car show.

Best of all, the chance to win a free bike is easy. All you need to do is fill out the series of questions above that give us a better idea of who you are and what you want to see in the pages of your favorite road bike magazine. All entries must be in by August 15, 2022, and the drawing will be held on August 31st. 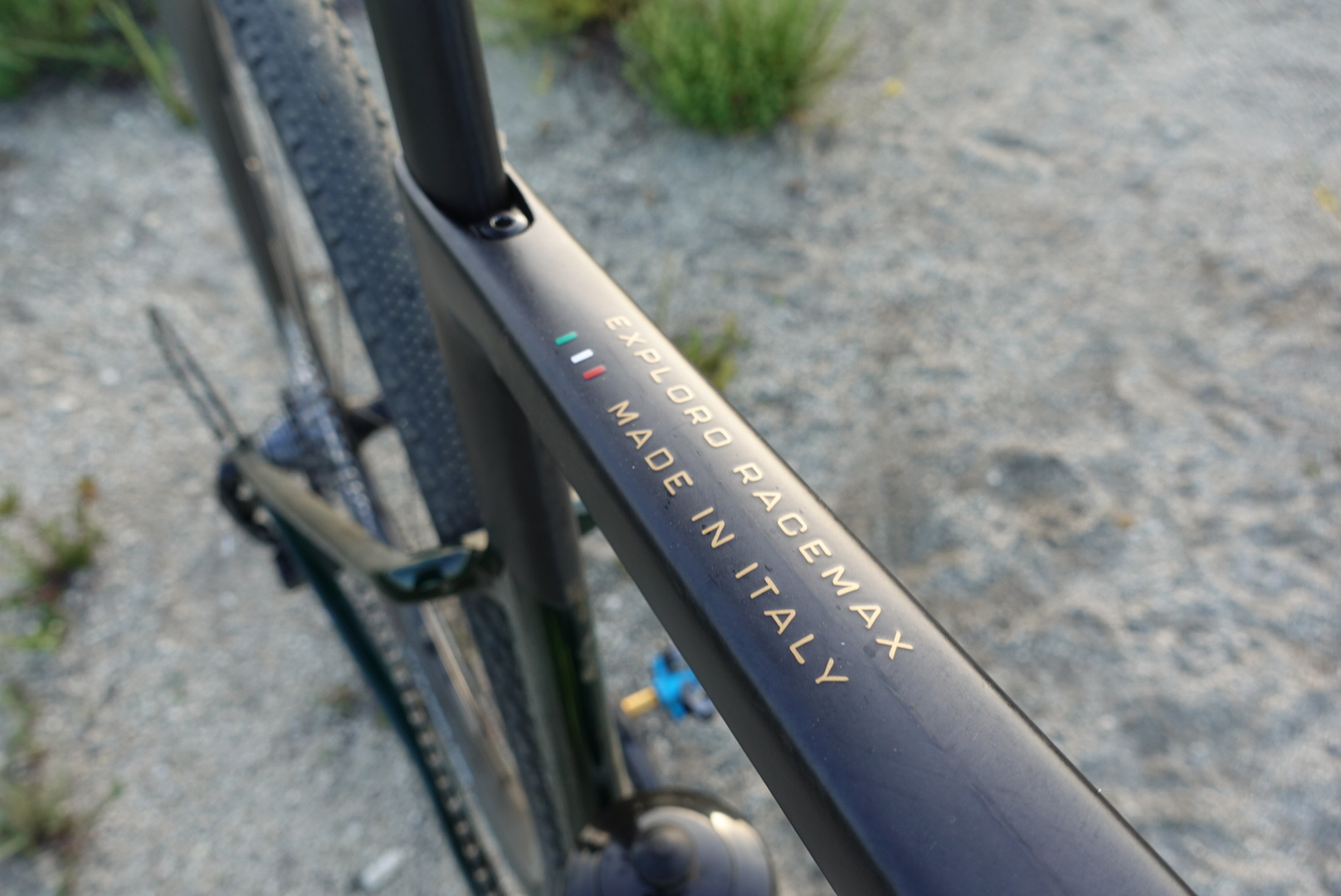 The 3T Exploro RaceMax isn’t new and we have had it on our shortlist of bikes that we love and recommend since it first launched in 2020, but the real news is that 3T has started production in their new Italian carbon factory, and we have received one of the first bikes with the “MADE IN ITALY” badges.