Take a look at the best of our trending stories from this week June 16, about the latest road bikes, tech, pro racing and more in the cycling industry. 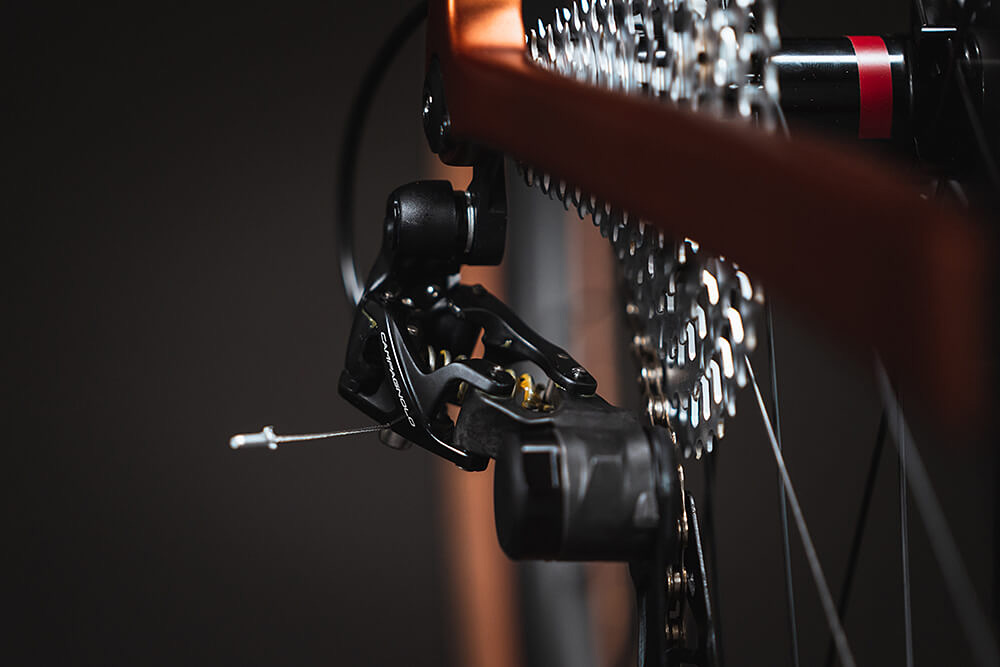 Wide-open farm roads, winding, washboard-filled fire roads and twisty single track all have can all be pedaled in one ride with the proper gear. Drivetrain manufacturers have bridged the gap between road and mountain bike gearing that will benefit the ever popular category of riding known simply as ‘gravel’.  Take a look at the latest offerings from SRAM, Shimano, Campagnolo and Rotor. 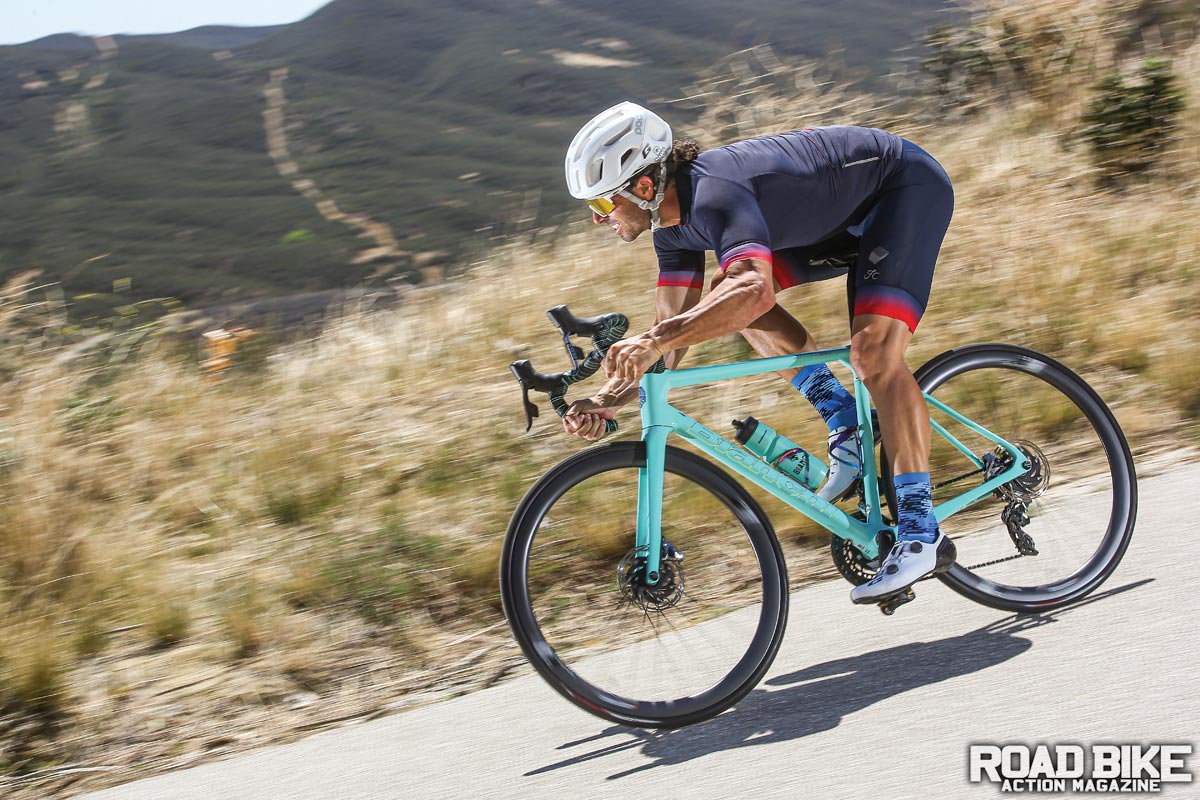 When it comes to the myriad of drop-bar bikes we see out on the roads, there are only a few that have consistently attracted as much attention as a Celeste-colored Bianchi. Sure, being the oldest bicycle brand in the world (founded by Edoardo Bianchi in 1885) has a lot to do with it, but their iconic Celeste finish and striking lines that seem to be present on all their bikes remain a consistent head-turner.

So, when we had the chance to test their pinnacle-level Specialissima, we insisted that it be painted in what is assuredly the most highly recognized color in the road world.

The Specialissima, like the rest of the industry, has made the transition to disc, but Bianchi still offers a rim brake version for those old-school holdouts. The bike’s clean aesthetic is no doubt enhanced by what you don’t see—cables. Beyond the wireless SRAM drivetrain, the frame uses the FSA ARC system that hides all the brake hoses and shift wires/cables (if we had them) internally from the bar all the way into the oversized 1.5-inch head tube. This allows the focus to stay fixated on the shapely, aero-refined carbon frame.

Giro d’Italia winner Egan Bernal on Wednesday presented Pope Francis with a bicycle following an audience in the Vatican, a day after the rider announced he had recovered from Covid-19. The 24-year-old Colombian tested positive on June 4, less than a week after his triumph in Italy.

“I have had many experiences in my life, but this is unique, the most beautiful experience I have had,” Bernal said after receiving a blessing from the Argentine pontiff in the San Damasco courtyard inside the Vatican.

The cyclist presented the 84-year-old pontiff with a Pinarello F12 bicycle, decked in blue and white stripes and the Vatican coat of arms, the same model on which he rode to victory in the Giro, which ended on May 30.

A post shared by Legion of Los Angeles (@l39ion.la)

What was the first bike race you won? What were some highlights on your journey to becoming a pro?

It took me a whole year to actually not get lapped when I started racing, but my first race win was when I was 10 years old. There was a race called the Glendale Grand Prix, and I won in the Junior 10–12 category. After my first win I was hooked, and racing bikes was all I wanted to do.

Growing up, my family watched a lot of bike racing. We would sit down and analyze how races were won and lost, which allowed me to understand racing tactics. My dad and my brothers, Justin and CJ, were important mentors because they helped me break down and understand racing.

A couple of pivotal moments that stand out to me in my career are the first year of bike racing being lapped every race and not giving up. That really taught me about perseverance and that if I work hard I can accomplish what I want. The next year I won almost every race I entered.

Another big moment would be winning the 2009 Junior Criterium National Championship! It feels crazy to be in a jersey that belongs to the best junior in the country. It brought a lot of confidence, which I’ve used to get me to where I am now. This year the cycling team my brothers and I created just got a UCI Continental license.

Four-time champion Chris Froome has been selected by cycling team Israel Start-Up Nation to race the 2021 Tour de France, where he will act as road captain for team leader Michael Woods. The 36-year-old Froome vowed to claw his way back to the top and targeted a fifth Tour win after suffering multiple injuries when crashing into a wall at high speed in May 2019. He showed astonishing determination and professional focus on his long struggle back, leaving Ineos and joining ISN and constantly ignored the doubters. Froome won the Tour in 2013, 2015, 2016, and 2017.

The 2021 race embarks from the western French region of Brittany on June 26 and the 21 stage event winds up in Paris on July 18.

Froome will have a support role for the Canadian Woods rather than lead a tilt at the title himself, but the Briton had recently checked the extent of his ambition to a desire to be simply back on the roster this season as his form comes back slowly. 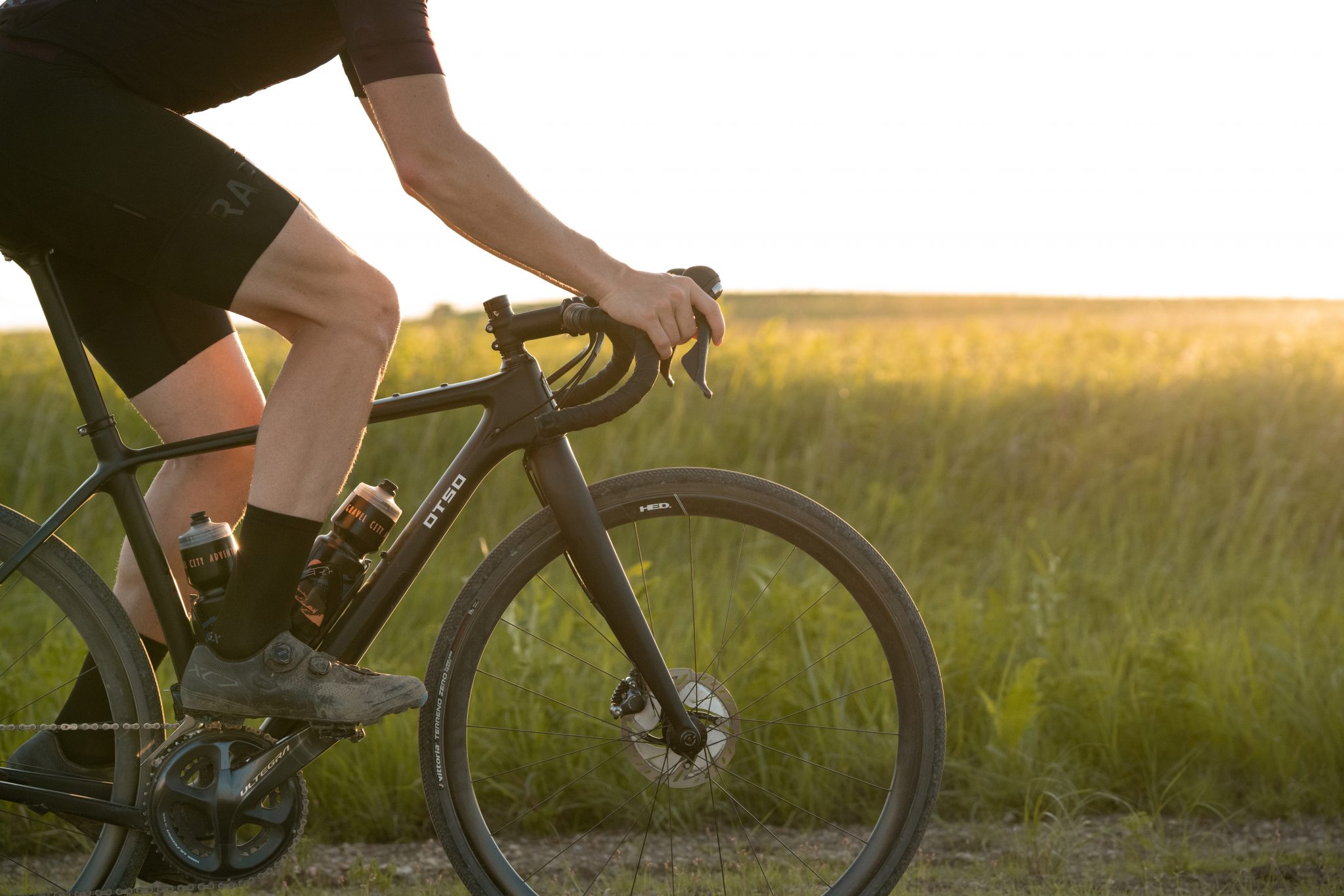 With its innovative legacy in bicycle wheel technology, Hed is best known for their road bike wheels offerings. Recently the Minnesota-based builder ventured into the gravel side of things and the Emporia series is the result of the company’s 40-plus years of wheel knowledge. Named after the Midwestern town at the heart of American gravel riding and home to the Unbound Gravel race, Emporia, Kansas, the Emporia series of wheels is designed to handle the demanding conditions of gravel especially those in the surrounding Flint Hills. We’ll share our thoughts on the latest addition to the Emporia series, the GC3 Performance, in a few weeks when we receive our test set! In the meantime, Here’s what Hed has to say.

BIKE OF THE WEEK: COLNAGO G3-X 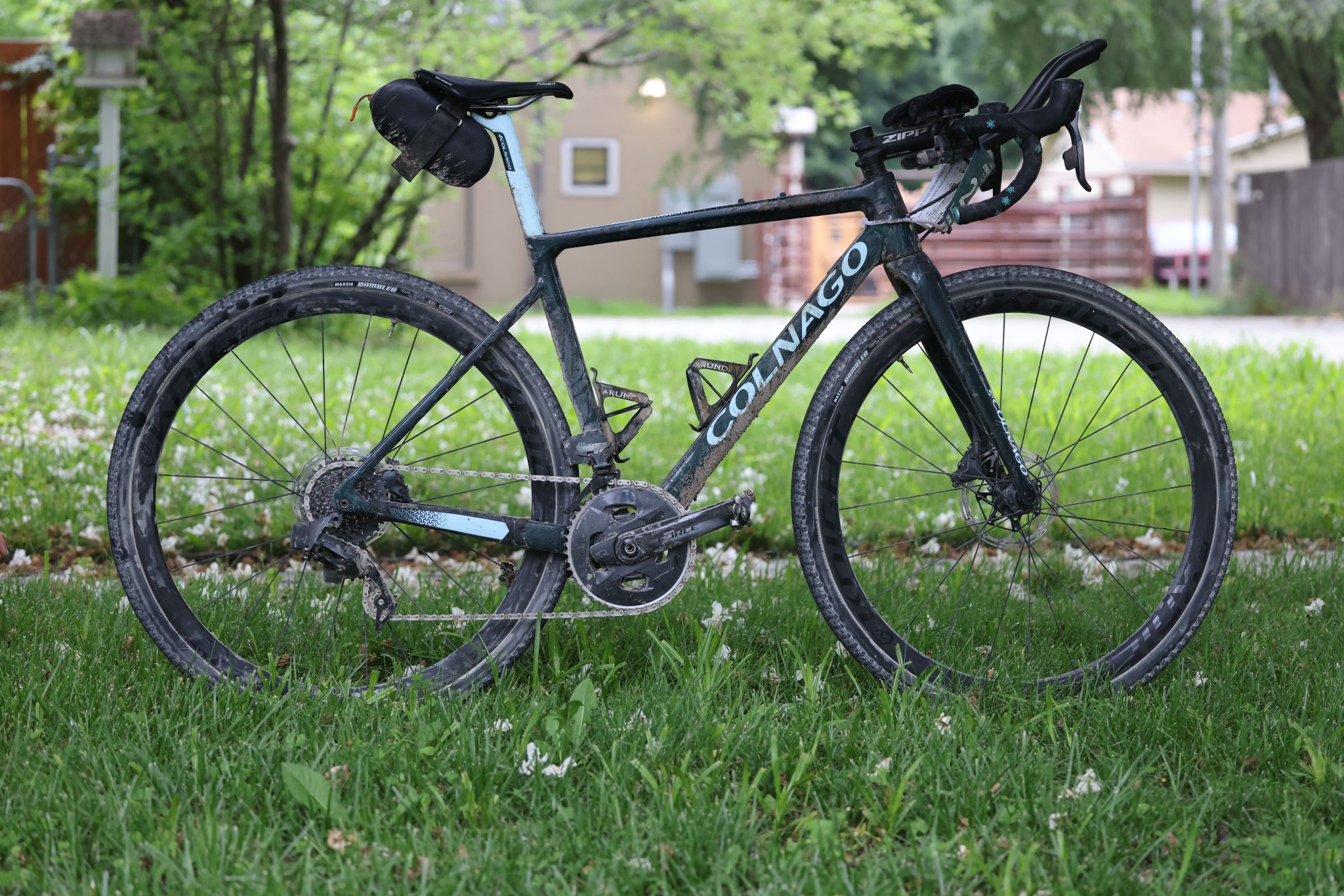 If you haven’t heard, a Colnago was the winning bike at this year’s largest US bike race, Unbound. The 200-mile gravel race attracts some of the world’s fastest racers and this year’s event was no different. Lauren De Crescenzo dominated the women’s field with an impressive 12:06:49 time and 17mph pace.