Take a look at the best of our trending stories from this week June 23, about the latest road bikes, tech, pro racing and more in the cycling industry. 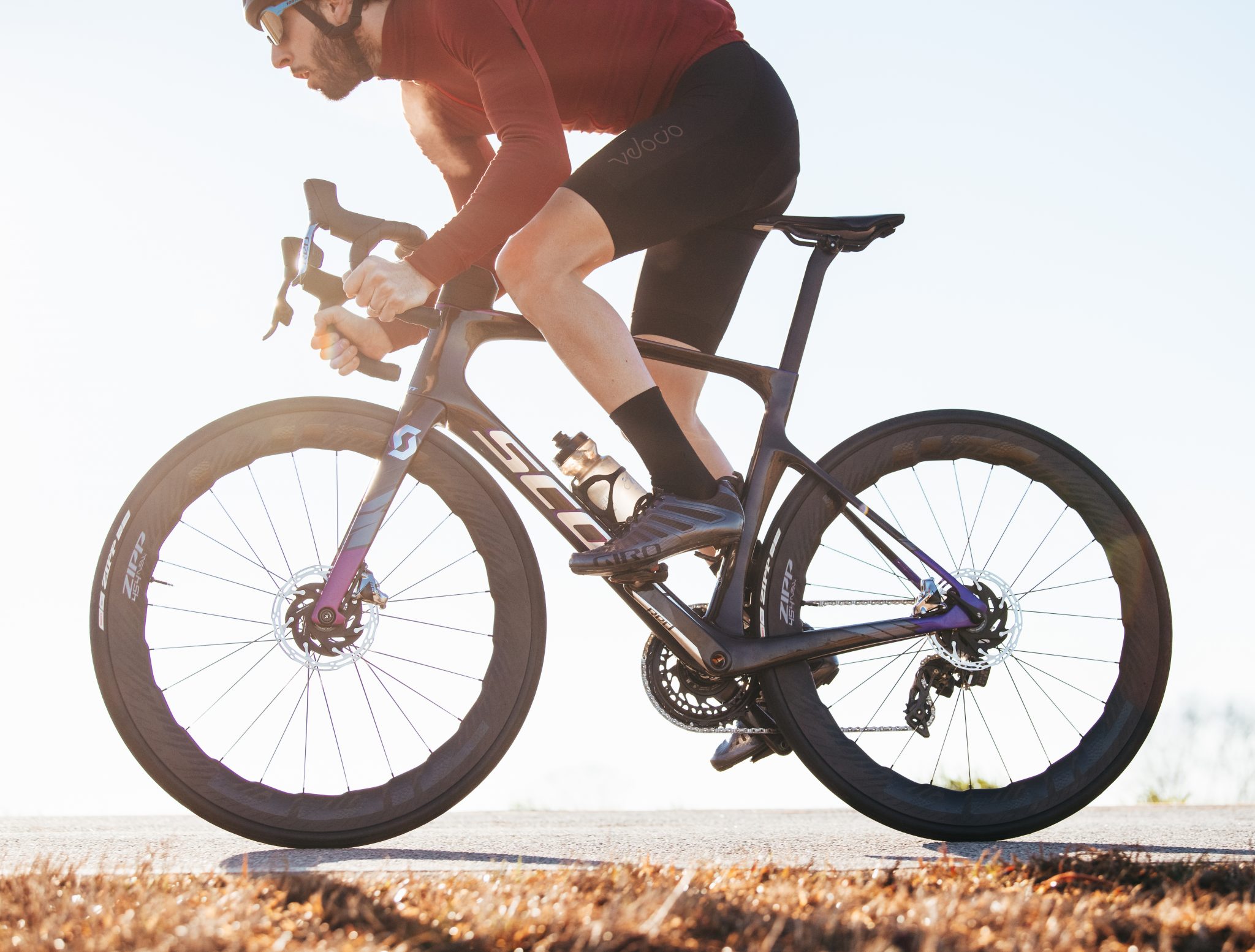 Zipp is probably the most iconic brand when it comes to wind-optimized wheels and the 404 wheelset has been the gold standard. The 404 is likely the most aero-tested wheel in the world and while a lot has changed in its 31 years of development, Zipp has made some significant changes with the new Zipp 404 Firecrest as well as the new 454 NSW. When speaking to Zipp about the new offerings they also mentioned that much of the weight savings was in the rim construction itself and that there was minimal if any weight saved in hub design.

Zipp tells us that five years ago these wheels would have never been produced because they were so hyper-focused on aero gains but it seems they have grown smarter (and faster) with age. They offered loads of test data and extensive stats that inevitably showed that because of the added width of the new internal rim profile the wheels are almost 1 watt slower aerodynamically. However, when testing their new standard of TSE (Total System Efficiency) with optimized (much lower than tradition) tire pressures the new 404 is 4.4 watts more efficient and the 454 NSW is a stunning 12.3 watts.

Zipp also mentioned that they have no plans of updating any of their rim brake offerings. They said the limitations that the system puts on the design of a wheel make it obsolete. They will continue to sell the current Firecrest offerings but starting in January they stopped production of the rim brake NSW line as well as other models to compensate for the demand for their more modern offerings. This shouldn’t come as a shock to anyone, since the industry has struggled to maintain stock levels of everything and rim brakes are quickly being phased out.

MARK CAVENDISH WILL RACE THE TOUR

Mark Cavendish will return to the Tour de France for the first time since 2018 after he was called up to a Deceuninck squad led by world champion Julian Alaphilippe. Cavendish, whose 30 Tour stage wins are second only to Eddy Merckx, was included after Irish rider Sam Bennett was ruled out through injury. Bennett took two stages last year as he won the points competition on the Tour.

“I’m very disappointed to not be able to defend my green jersey,” said Bennett on the team website.

Following a patchy few years, 36-year-old Cavendish returned to Deceuninck after a six-year gap this season and has enjoyed a resurgence.

He ended a two-year victory drought by winning four stages of the Tour of Turkey in April and then took the final stage of the Belgium Tour this month.

Food is energy, and nutrition shapes how you perform and recover on the bike after training. A common misconception is that pros can eat what they want. Riders like Chris Froome and Romain Bardet confirm that they are strict about what they eat. They also consider the nutrient density and quality of foods they eat. Bardet goes to great lengths to eat from his grandmother’s farm.

In Froome’s autobiography, The Climb, he says, “I try to go very light in terms of diet. In the mornings, I limit myself to just the one bowl of porridge, and normally a two-egg omelet, with no hint of extras on the side. No second helpings, no picking, nothing. If there is a big stage ahead that day, I’ll try a three-egg omelet, but warily, I’ll mix a small amount of white rice into the porridge.”

Eggs are a vital part of the busy cyclist’s diet, as they are easy to make, cheap, versatile and nutrient-dense. In the past, eggs have been vilified due to their high saturated fat and cholesterol content. When America was on a low-fat kick for so-called health reasons due to the thought that high fat and cholesterol led to heart disease, eggs were no longer recommended in a healthy diet. The result was the low-fat, high-protein egg whites and egg-white omelets.

Despite their 100-year-old history and dominant role in the bike industry, Shimano has for decades been reduced to playing in the minor leagues when it comes to providing neutral race support. No more. With French wheel maker Mavic finally ceding control of the world’s most important bike race (after a 47-year presence) due to financial difficulties, the “Blue Crew” has stepped up to the plate to add La Grand Boucle to the calendar of lower-rung races that they already support.

To find out more about the Shimano effort, we contacted Shimano’s European sports marketing coordinator for the road, Bert Roesems, to gain some insight on what Shimano plans to bring to France in July. 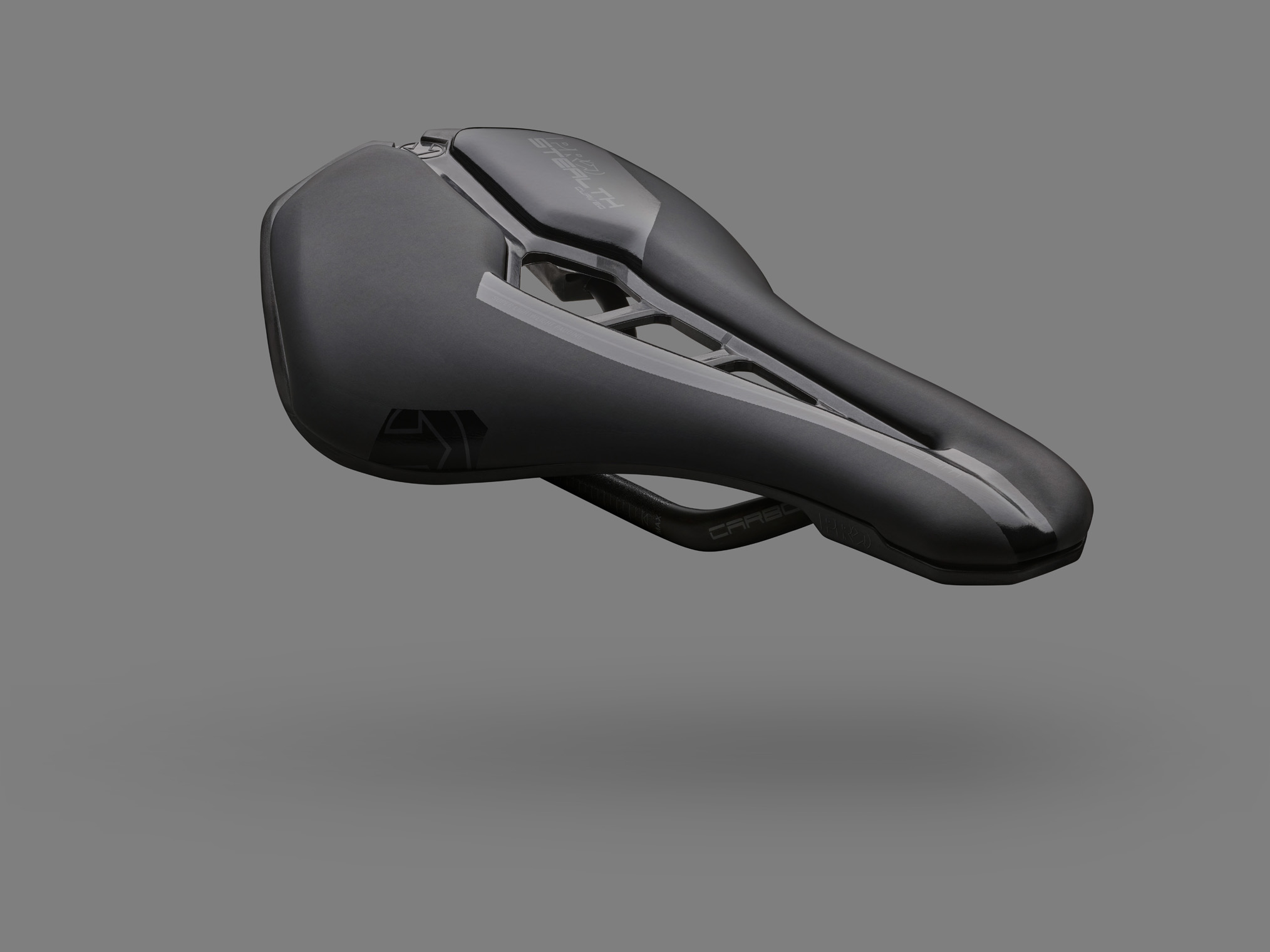 Pro expands its widely popular Stealth Saddle range with the next generation of its signature Stealth Saddle as well as the introduction of the new Stealth Curved that is designed for riders who shift from left to right in their saddle while riding. With such variation in riding styles and saddle preferences, PRO now offers ten models in its Stealth range, all featuring the recognizable short and wide nose design with a trapezoid rear shape. Designed for putting more power through the pedals in a deep, aerodynamic fashion, the newly expanded Stealth range delivers comfort and control for even more riders.

WHAT TO LOOK FOR IN A NEW RIM BRAKE WHEELSET 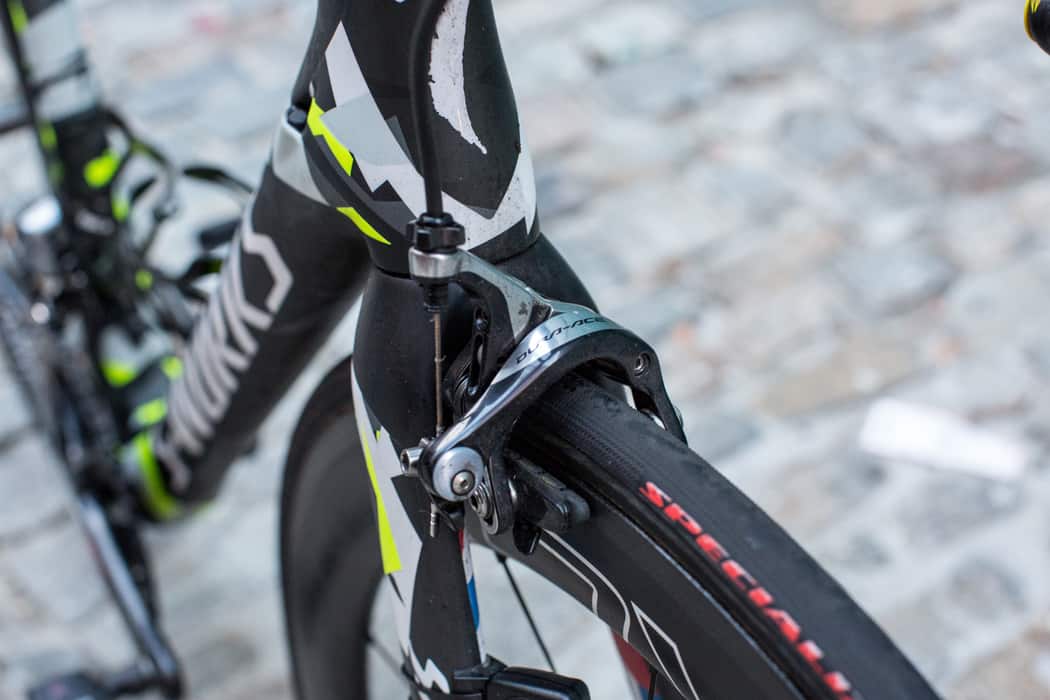 My bike mechanic recommended that I replace my wheels. It’s been a while so I’m not up on the latest road bike wheel technology. I have rim brakes and roll on 23mm tires. I don’t race ,so I don’t need super-deep aero rims, nor do I need to spend $3000. Without recommending a specific brand, could you help me figure out what I should look for in a new wheelset? I’d really prefer it made in the USA.

When it comes to rim-brake wheel technology, I’d say they hit their evolutionary peak around 2012. Sure, different layups and braking surfaces have come to try to improve sustained braking and heat build-up, but the underlying shapes and designs are pretty much the same.

With that said, I would look for a wheel that has a wider internal profile, but not too wide because of how it will modify the measured tire size. I think an internal width of 17–19mm would likely be the limit and ideal. Don’t worry about tubeless, unless you can fit at least a 25mm tire and are willing to adopt the more appropriate sub-75-psi pressures that tubeless requires.

Carbon fiber rims do offer better strength-to-weight ratio than aluminum, but also sacrifice consistent braking in all conditions. On the last note, I, too, am a big fan of made-in-the-USA products, but that doesn’t always make them better, especially when it comes to carbon. When it comes to buying wheels, I’d prioritize reputable brands with great warranty over manufacturing origin. More important to the life of a wheel is the build quality. It is the single-most overlooked aspect of a wheel. Since it’s a dynamic system that is being weight-cycled nonstop, getting a custom-built wheel is always worth a bit of extra cash if you ask me. I’d even go custom and pay extra for the build and sacrifice a bit on something like ceramic bearings or ultra-light hubs. 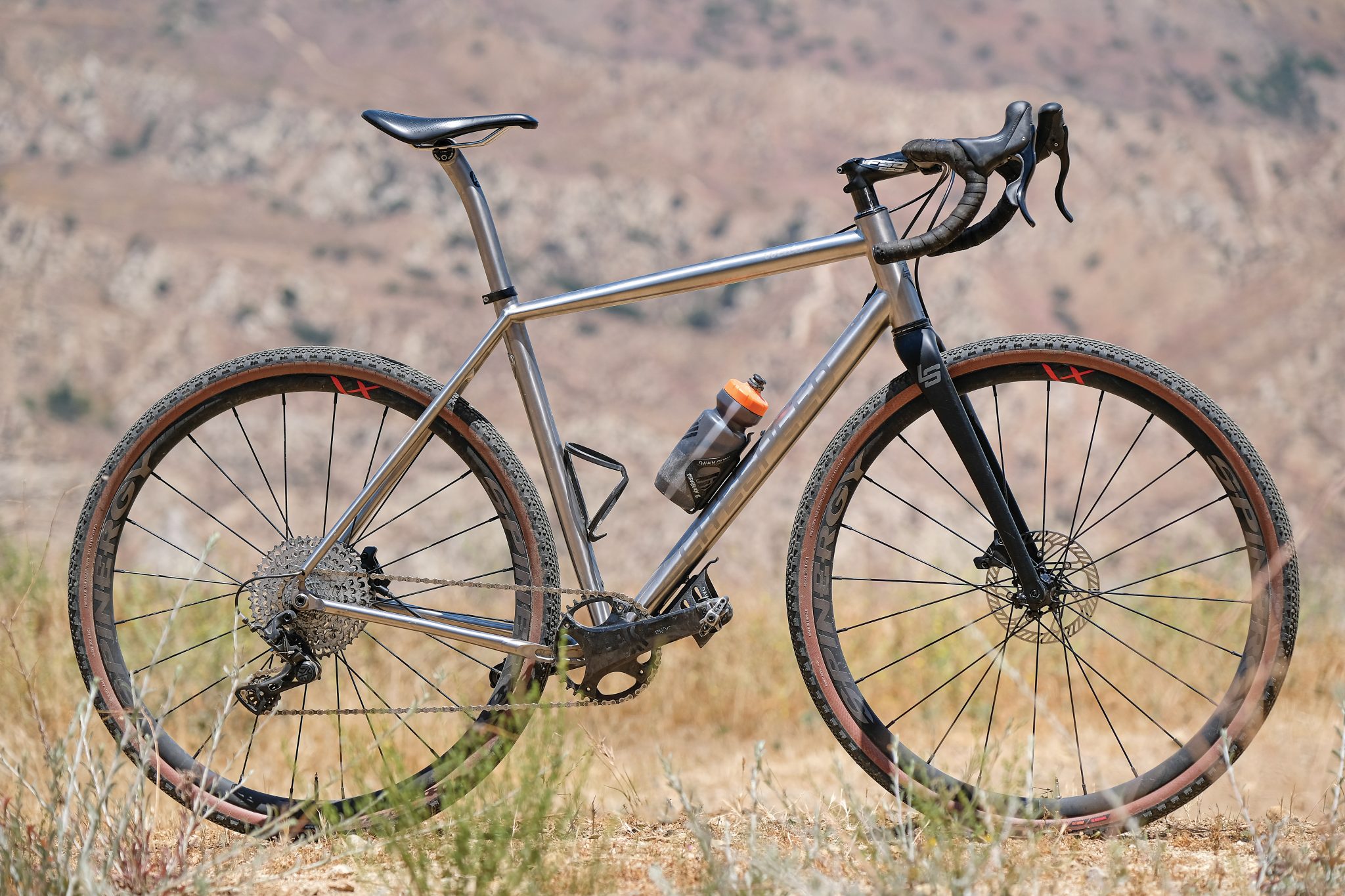 When it comes to gravel, titanium bikes are a great balance of durability and performance. The new offering from Litespeed is no different and the Watia leaves room for 45mm tires with a wheelbase of 103.4 on our ML. There are a slew of options on the Litespeed site to build the perfect bike for your specific needs. David built one for this years Unbound 200 and while things didn’t go to plan at least he was rolling in style. Prices start at $3945.