Take a look at the best of our trending stories from this week June 9, about the latest road bikes, tech, pro racing and more in the cycling industry.

THE REAL REASON DISC IS BETTER THAN RIM 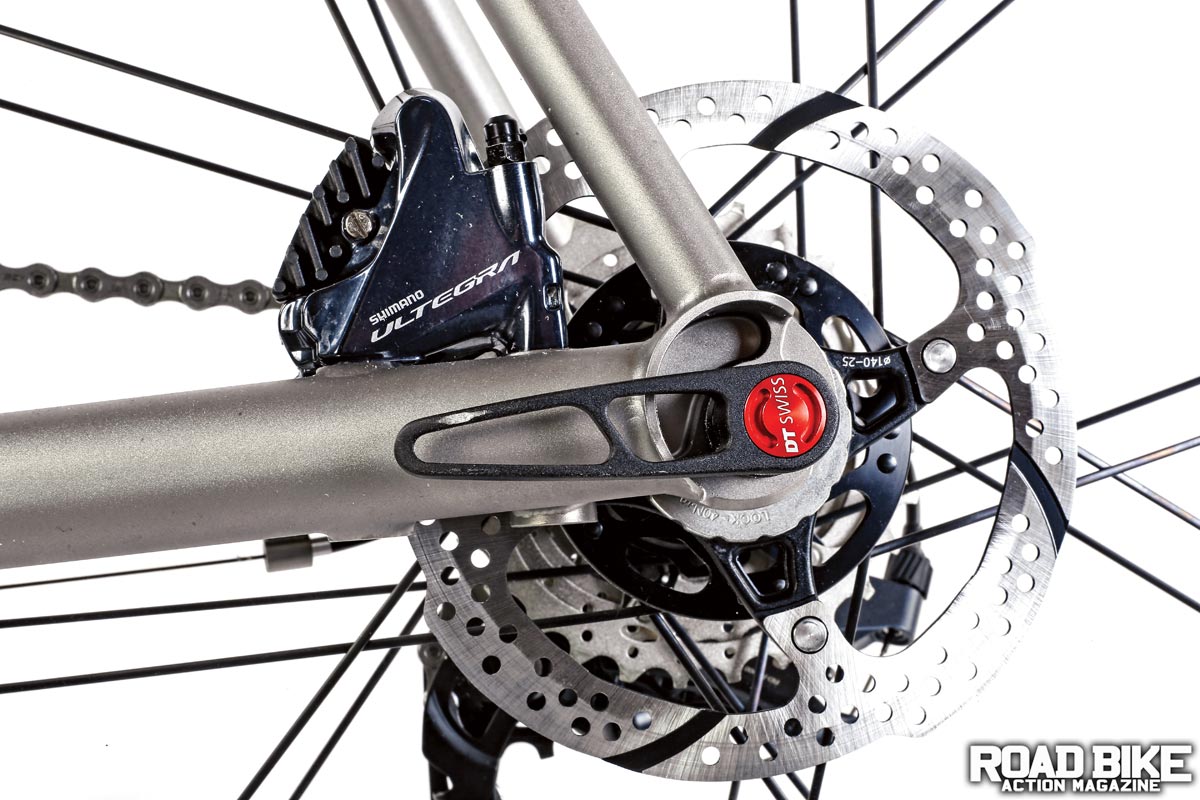 Q: One important performance difference between rim brakes and disc brakes that I do not see being mentioned is the rotating mass that disc brakes add to the bike. It is well-known among racecar engineers that rotating mass needs to be minimized because it has a greater effect on acceleration than a non-rotating mass. The disc part of the disc brake is the rotating mass. There is no doubt that disc brakes are more effective at slowing heavy vehicles, such as heavy bikes or cars. However, for most bike applications, rim brakes do a more than adequate job at braking bikes. This has been proven many times over with pro riders in the Tour de France. Any time speed changes, rotating mass resists the change, increasing the time it takes to change speed. Whenever getting from point A to point B in the shortest time matters, rim brakes on bikes will outperform disc brakes.

Colombian Egan Bernal is isolating with mild symptoms after contracting Covid-19, less than a week after he won the three-week Giro d’Italia cycling race, his personal communications team said on Friday.

Also a winner of the Tour de France Bernal and his girlfriend Maria Fernanda Gutierrez took a coronavirus test before traveling home to Colombia from Monaco “and have just been informed of the test results in which both are
infected with the virus,” the cyclist’s press team said in a statement.

Bernal’s team Ineos Grenadiers said “he has displayed mild symptoms but is in good health.”
The 24-year-old will stay in quarantine in Monaco, his European base, before returning “to Colombia once his isolation period is over to mark his Giro d’Italia victory in his homeland.” Neither he nor Gutierrez have shown any signs of “complications,” Bernal’s press team added in the statement. 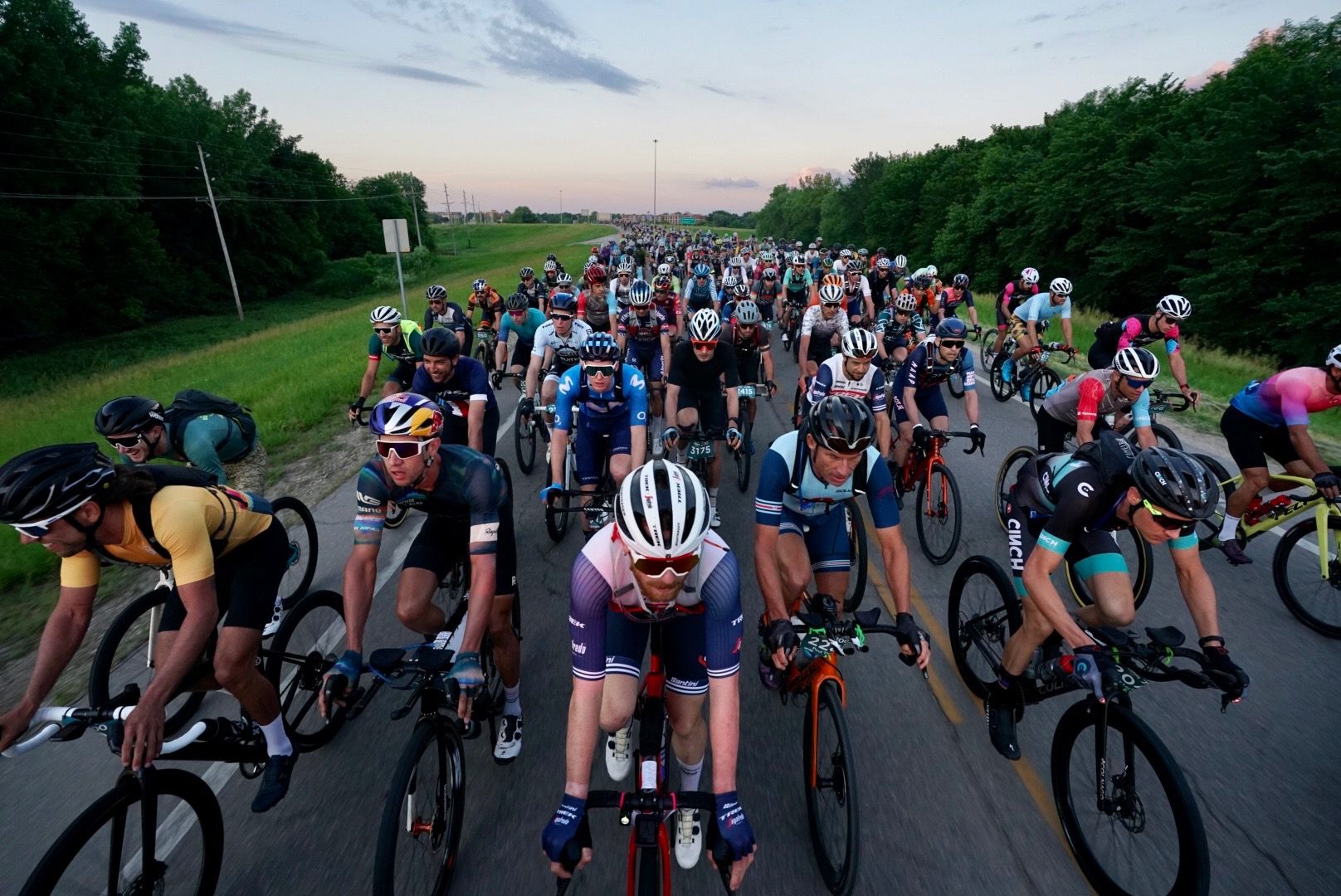 On Saturday 2,800 cyclists ranging in age from 11 to 88 representing 48 states and 28 countries raced on the gravel of the Flint Hills surrounding Emporia, Kans. for the 2021  Garmin Unbound Gravel  presented by Craft Sportswear and produced by Life Time. With two 350-mile cyclists riding for 24-hours without sleep, the battle to the finish brought athletes into a new realm of determination. 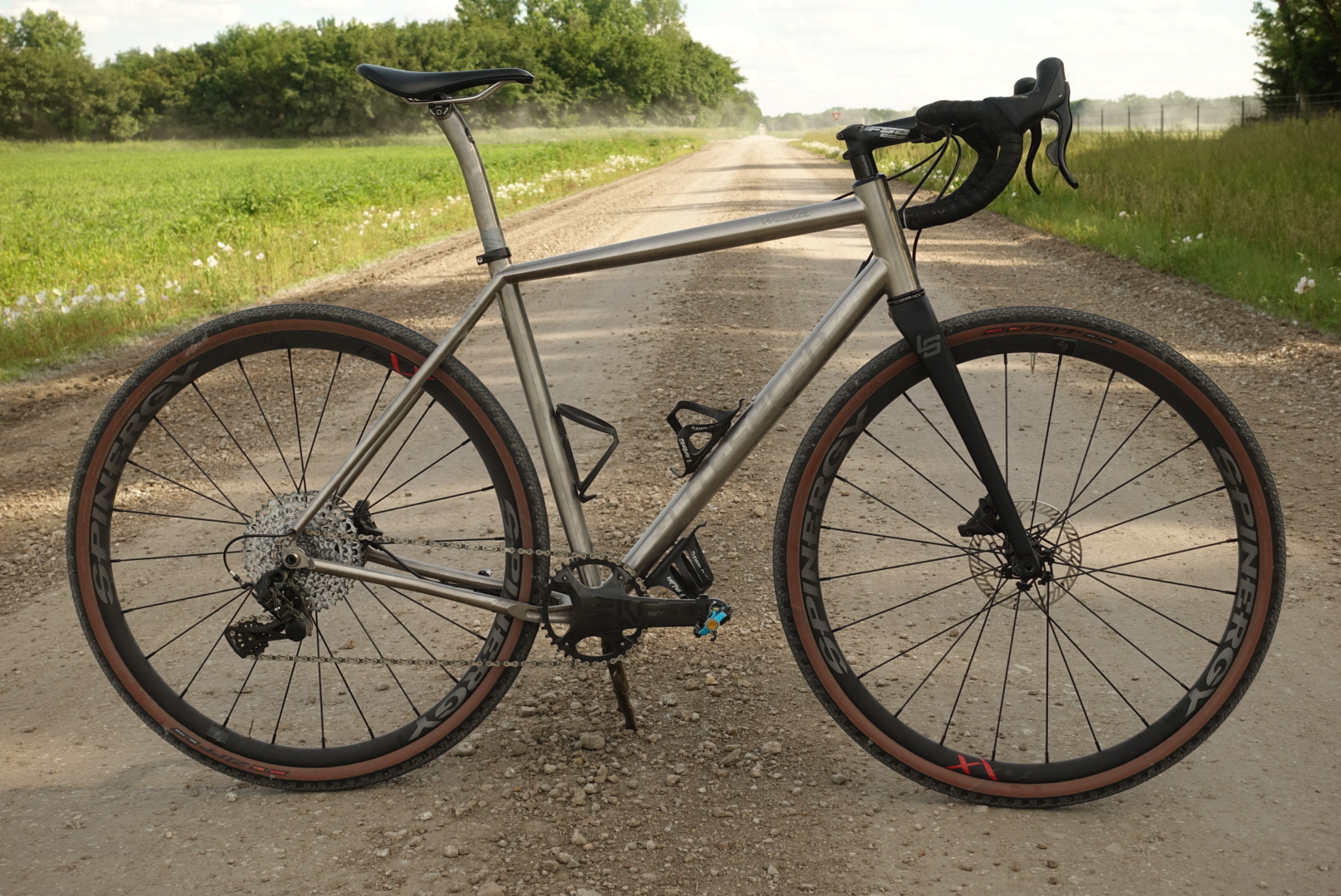 Unbound Gravel’s 206-mile course covers unrelenting gravel farm roads around Emporia, Kansas.  Sharp flint rocks treacherous winds and unpredictable thunderstorms make the unsupported event notorious. In 2019 nearly a third of the competitors pulled out of the race due to the conditions. Flat tires and gear malfunctions are common occurrences on course which makes choosing the proper build a key factor in reaching the finish line in downtown Emporia. Litespeed’s Watia gravel is the legacy titanium builder’s ideal blend of endurance, adventure and aggressive characteristics make it ready to handle the 14th running of Unbound Gravel. We selected the latest gravel drivetrain on the market, Campagnolo’s Ekar 13-speed, to put to the test through some of the roughest situations most riders will encounter. 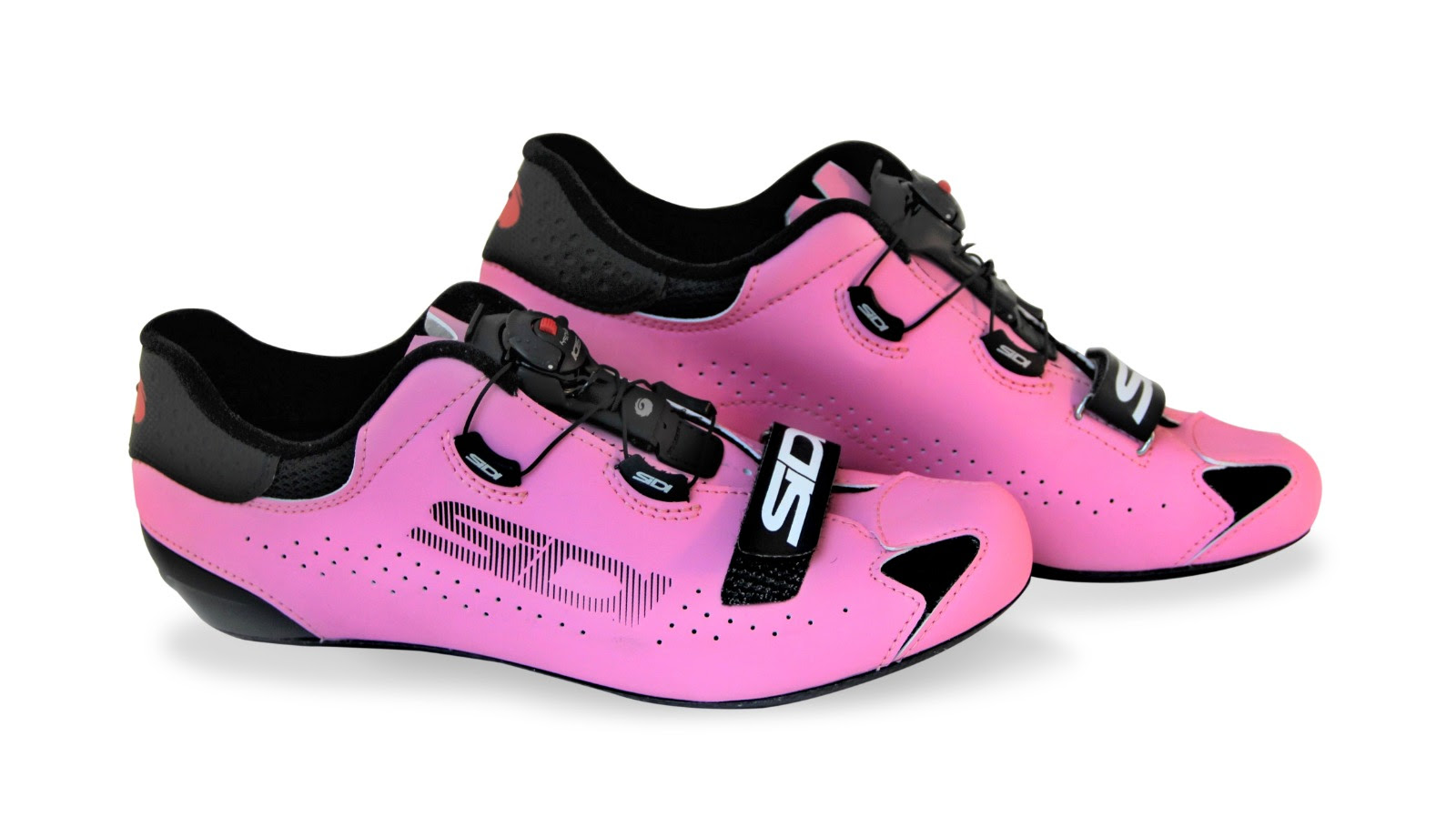 Sidi likes to think that their latest road cycling shoe the, Sidi Sixty, contributed to the successes of a great and very young champion, Egan Bernal, who inspired the model designed for riders with categorized climbs in their DNA with his feedback. The Sidi Sixty is light, high-performance, resistant and naturally comfortable, and now, only for him, absolutely PINK.

‘It was such an exciting Giro d’Italia that kept us in suspense until the end. The last stages livened up the race and gave our company incredible satisfaction. Four stage victories, the pink jersey and the white jersey are quite a result that makes us absolutely proud to be part of this wonderful sport that is cycling.’ said Rosella Signori.

BIKE OF THE WEEK: ALLIED ECHO 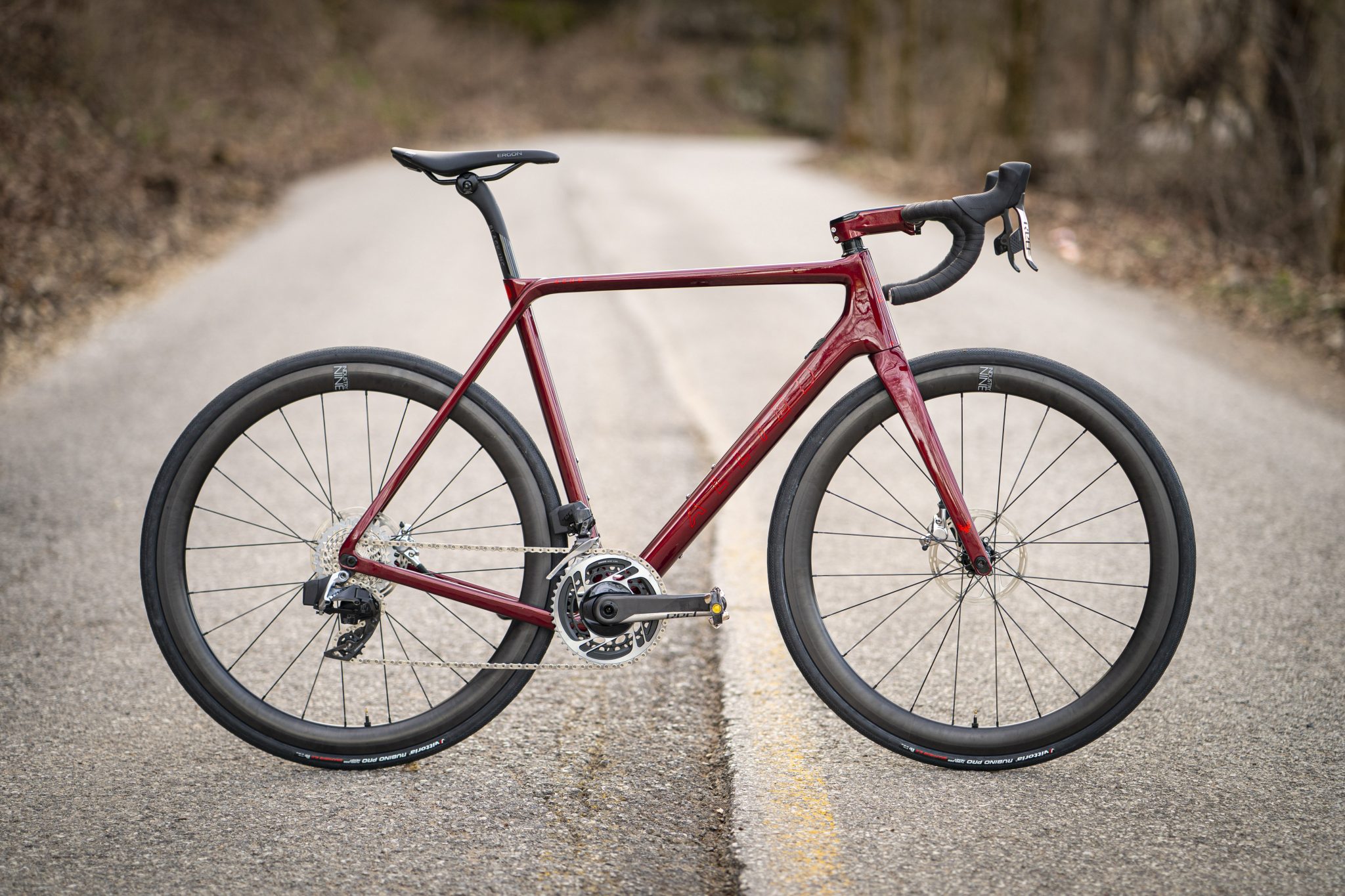 American carbon frame manufacturer, Allied Cycle Works, launches ECHO, a versatile allroad frameset. With the ability to change geometry and adjust tire clearance, the ECHO can go from road racer one day to gravel crusher the next, and vice versa. It’s one bike that delivers two distinguished rides. The ECHO isn’t an everyday racing beast. It’s actually two everyday racing beasts, each with a distinct personality. At the heart of ECHO’s duality is its ability to transform from a road race thoroughbred to an allroad/gravel dominator via flip chips at the dropouts.

THE REAL REASON DISC BRAKES ARE BETTER THAN RIM BRAKES