Take a look at the best of our trending stories from this week August 18, about the latest road bikes, tech, pro racing and more in the cycling industry.

Knobby tires and built-in compliance never looked so good. Check out this collection of our favorite 2021 gravel bikes. 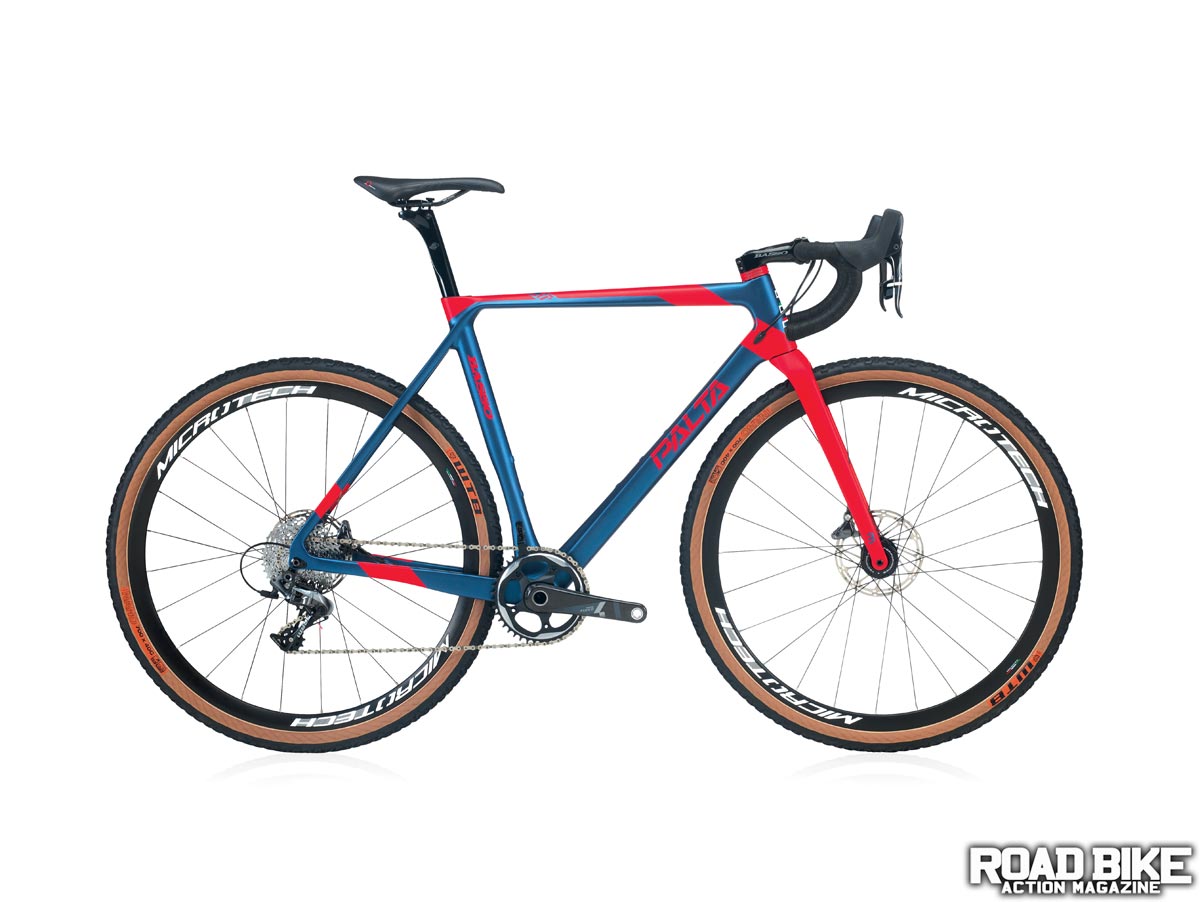 The concept of building a gravel bike for this legacy Italian brand pitted the (modernist) son versus his (traditionalist) father, and in the end, the Italian-made bike became a best seller. 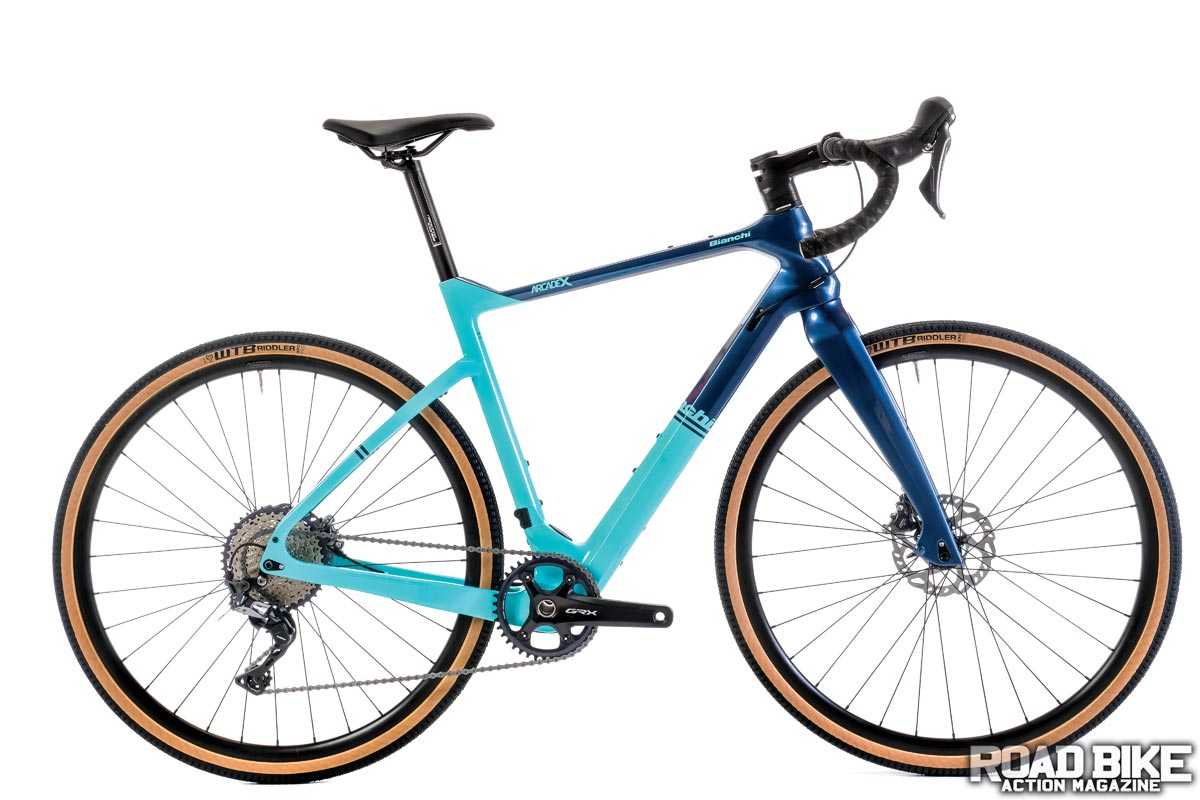 Bianchi has introduced two versions of a brand-new gravel bike platform that starts at $3400, and both run with Shimano GRX 1x drivetrains. There’s tire clearance for up to a 42mm tire, and there are five
sizes available.

Blue Competition Cycles has two versions of the Hogback—this standard model and the Hogback Race, which is an aero-optimized frame. A Hogback frame starts at $1995, but by utilizing Blue’s “Build Your Own” program, you can build the bike of your dreams. Five sizes available that fit up to 42mm tires.

I have two sets of wheels for my bike, but every time I swap them, I have to adjust my derailleur to shift properly on the cassette. Is there a way to make them the same?

Wheels and hub spacing can be a bit different between brands and even with different models of the same brand. To start, if you are looking for a second set of wheels, I would always recommend trying to pick some that have the same hub if possible. This increases your chances of them having the same spacing, but even better, it will essentially double your small parts selection in case something like a hub body fails.

This same technique can be used on disc brake rotors as well. It works on center-lock and six-bolt versions. If you have a six-bolt rotor that you need to space out, make sure that each shim on the six bolts is the same; otherwise, it will make the rotor seem warped and result in a godawful noise, making the problem worse. 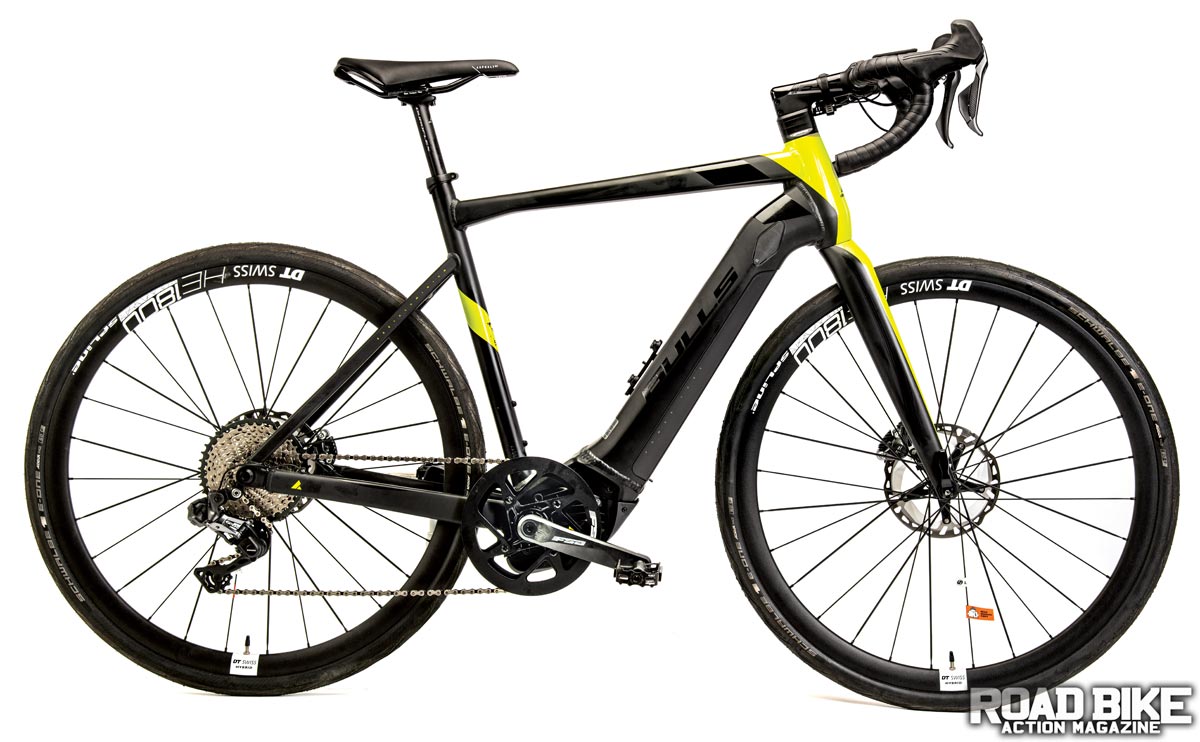 Given that RBA is a kissing cousin to the battery-powered loons over at Electric Bike Action, we often spy on their stable of bikes to see what’s new in the pedal-assist world. And while it doesn’t happen frequently, every once in a while we spot an e-bike with drop bars that perks us right up. And that’s how we discovered the new Bulls Desert Falcon EVO (yeah, quite a name isn’t it?).

Bring a menu of both pedal- and battery-assist bikes for a few years now. And with the arrival of the Bulls with drop bars, we jumped in with an extension cord to get the bike powered up. 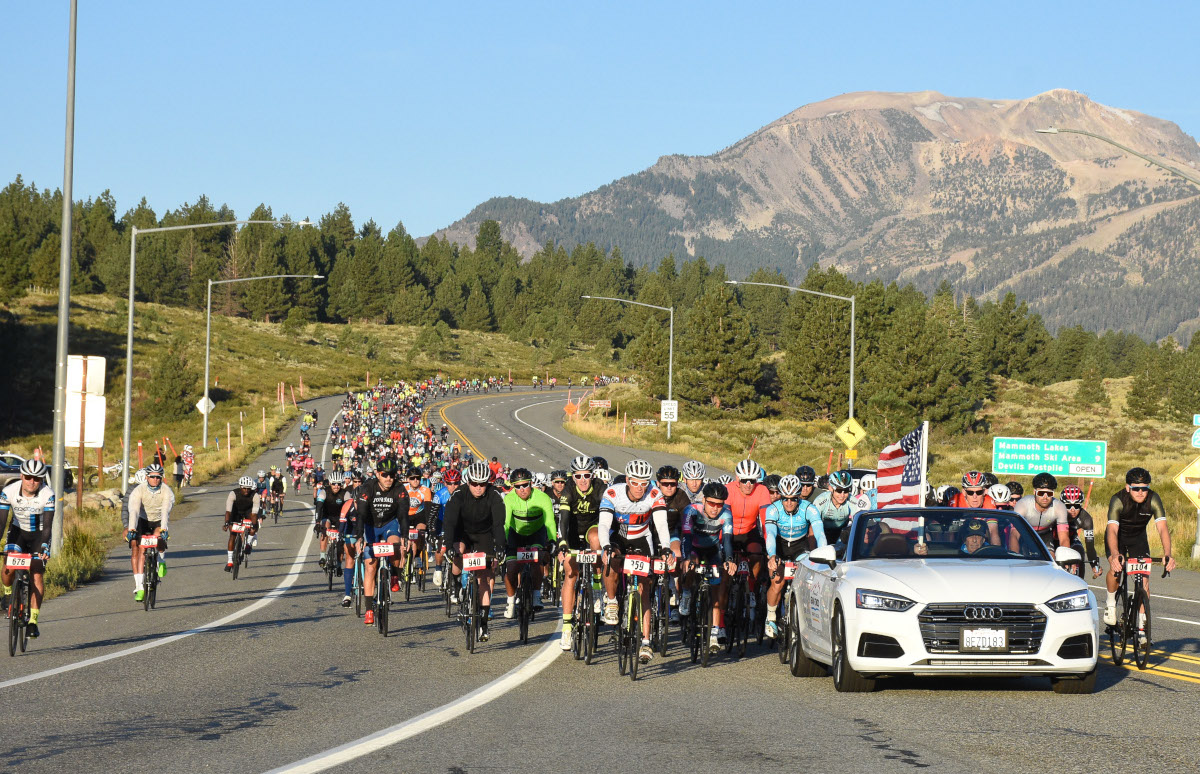 For anyone looking for a scenic, high altitude road ride with hundreds of new and old friends, the Mammoth Mountain Gran Fondo is fast approaching. With a choice of three distances to ride, 42, 70 and 102 miles, there are enough paved moments for riders of every fitness level. Of course, being the scenic Sierra hamlet that is is, there is no shortage of non-cycling activities to engage in as well.

Belgian sprinter Jasper Philipsen won stage five of the Vuelta a Espana on Wednesday, edging a mass dash for the line after a flat 114 mile run from Tarancon to Albacete. Frenchman Kenny Elissonde is the new overall leader after red jersey wearer Rein Taaramae was caught in a mass fall, with race favorite Primoz Roglic in second place just five seconds adrift. After two days in the lead, Taaramae, who almost avoided the crash, was downhearted to lose the jersey through bad luck.

“Riders behind ran into me. I changed bikes and started to chase the peloton. It was impossible to close the one minute gap. It is a pity to lose the jersey in this way,” said the Estonian. Elissonde was close to taking the overall lead on stage three, and admitted he felt for Taaramae.

“It’s still incredible to wear the jersey. After the Tour de France and Olympics I took it easy. My team said ‘Kenny, go to the Vuelta and see day by day’, and look. It’s incredible. It’s super cool,” the Frenchman said.

PNW loves that gravel bikes land at the cross-section of mountain and road, taking the best of both worlds, and allowing the freedom to explore new terrain in different ways. PNW Ambassador, Martha Gill, outfitted her gravel rig with a full suite of products and put it through its paces in the UK Lake District to show just how capable gravel bikes can be when you have the right components to unlock their full potential. While not for everyone, we all wish we could shred like Martha. 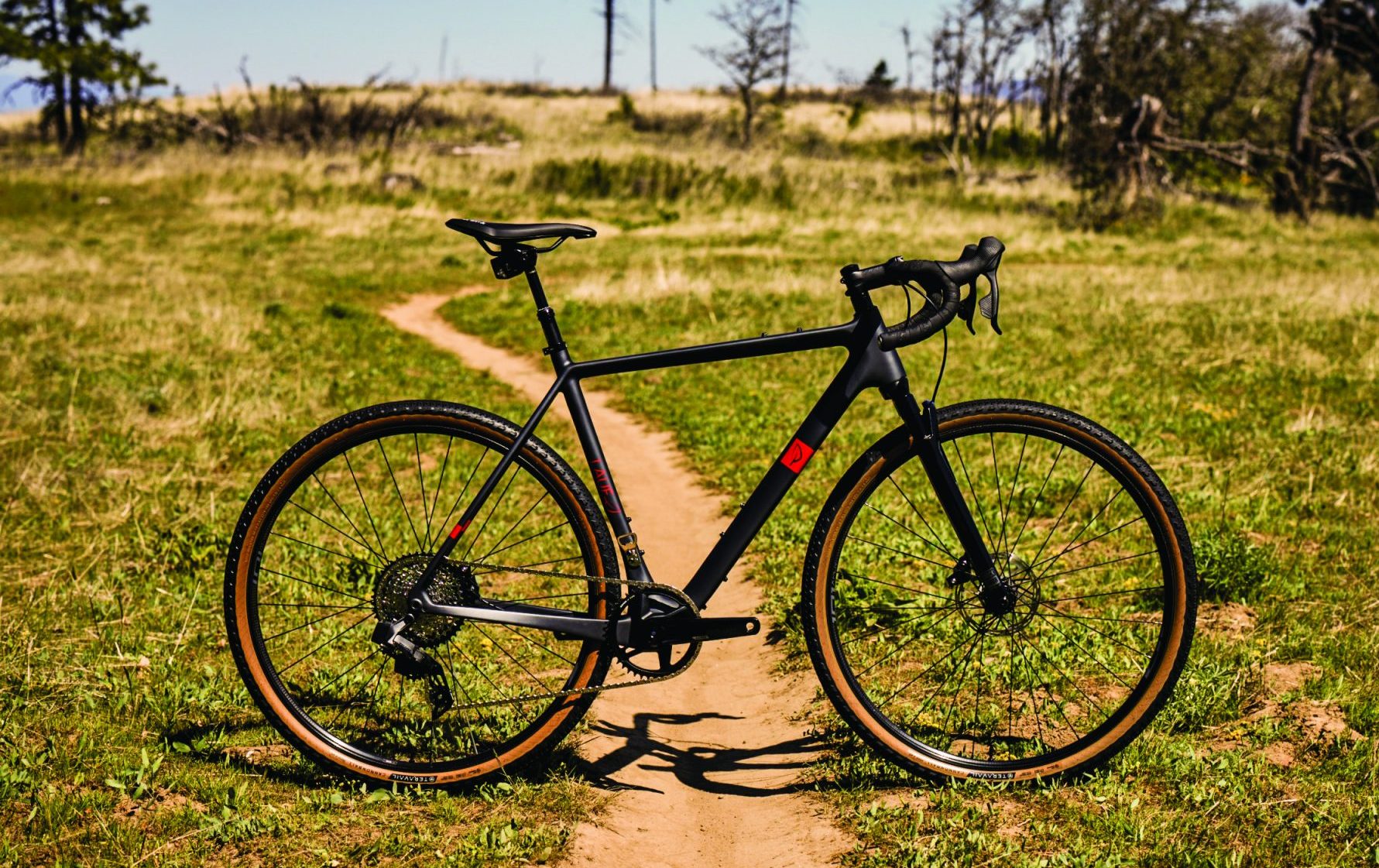 As it turns out one of our favorite gravel bikes is the perfect mate for a suspension fork, the Lauf True Grit. This week SRAM launched the new Rockshox Rudy as well as their new 1x XPLR drivetrain. While Lauf will likely not sell the True Grit stock with a Rudy since they also ake their own unique suspension fork, the Grit, It sure does look like a fun alternative. Did we mention it also has the new AXS wireless dropper post too?

Check out our First Look of the new SRAM XPLR.